The gun community is a great community--we are eager to lend advice and past experiences, give tips and tricks on new builds, as well as share a common thought process on our constitutional and God Given rights. However, we are also a judgmental bunch. We know a rookie when we see one, and there’s no quicker way to be stamped a rookie than getting caught incorrectly swapping the term ‘clip’ for ‘magazine’. I'm here to make sure this doesn’t happen to you, so read on about the differences between clips vs magazines. 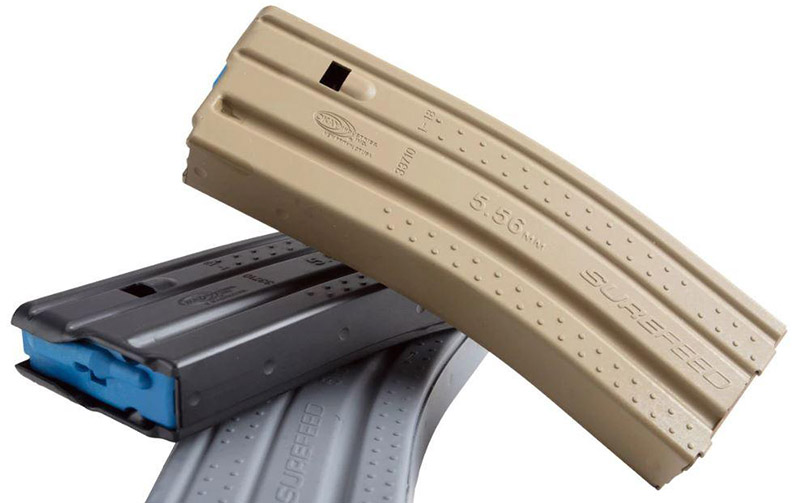 AR15 30-Round Magazines by SureFeed. Some of the most reliable magazines there are.

What is a Magazine?

Commonly and incorrectly referred to as ‘clips’, a magazine can be both an internal or external device which holds the ammunition that is fed to your rifle, shotgun, or pistol.

Glock 26, Glock 19, and Glock 17 magazines. Just because they are external, doesn't make them "clips".

This is the magazine that will be loaded into your handgun, AR15, or like platforms. You will generally take this out of the firearm, load it, and insert it back into the firearm. These types of magazines grew ever popular with the increasing popularity of semi-automatic firearm platforms. You hear these referred to in the news as “high capacity magazines” when really, a 30-round magazine is the standard capacity for an AR15 or other modern sporting rifle.

After all, they are P-mags, not P-clips.

What is a Clip?

A clip is more or less just a tool you use to load your ammo more quickly, into a magazine. Developed for quicker reloading shortly after the invention of the internal magazine, the clip made it possible for faster reloads for internal magazine weapons, and get soldiers back into the fight, making armies more effective. Firearms then began to be designed with features on the bolt face or in the receiver to accept stripper clips, to aid in the reload process as well.

An M1 Garand En Bloc Clip. These give the famous "ping" sound when ejected.

This design of clip could be described as a double stack clip. With rounds side by side, the entire clip is actually inserted into the firearm, and typically ejected once the firearm is out of ammunition. These types of clips were actually integral in the function of the firearm, and not merely a way to increase the soldiers fire rate. 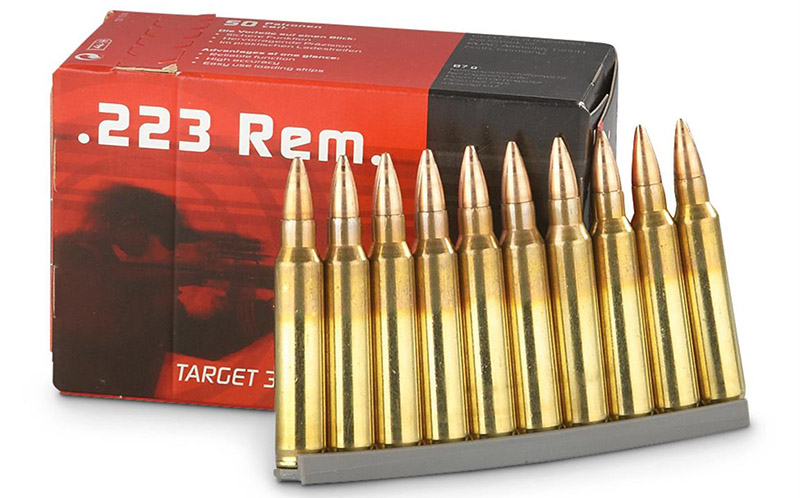 A "stripper clip" for loading AR15 magazines faster. You can see an example of that in the main image of this article.

A stripper clip could be described as a single stack clip; with all bullets stacked in a single row. It looks just like... a strip of bullets in a clip. Imagine that. This clip was made to make loading more efficient, and got its name by the way the clip was ‘stripped’ of its bullets when pushing them down into the rifles internal magazine. Utilized in historic guns like the Lee Enfield, SKS, and Mosin-Nagant, stripper clips greatly increased the rifles efficiency on the battlefield. GIs are still issued stripper clips to this day, for faster reloads into their standard M16/M4 magazines.

Really, it’s easy to see how the two devices can be mixed up. And who named a magazine a magazine anyways? Seems like there’s better names available...but I digress. You now know the difference between magazines and clips, so please do yourself a favor and use the terms correctly. You’ll get farther on the forums and in the gun shops if you do.

We’ve all seen it, you think you’re talking to a well educated firearms enthusiast: perhaps y’all are talking about the hottest new wildcat round, or tips on how to shrink groups, MAYBE you’re even thinking about asking this guy to the range sometime soon...when it happens...he starts talking about an extended ‘clip’ for his new Glock 19. And suddenly you realize you’d been bamboozled by this man, and instantly all his credibility goes out the window. Now instead of asking him to the range, you’re trying to put as much distance between him and you as possible, before your other range buddies over hear his language.

Stock up on Magazines with 80% Arms Today!

While we aren't selling any clips (or any guns that need them) anytime soon, we do carry a pretty wide variety of magazines; be it for AR15s or AR10s, or for the Glock platform as well. The last thing we want to mention here, is that a lot of people don't realize magazines are consumable items. They do eventually wear out with use, and the best way to protect yourself against a future ban, is to stack 'em deep.