Probably the most common mistake in the gun community is referring to a magazine as a ‘clip’ (this is a huge pet peeve and I will address this in a later article), but a very close second is confusing a muzzle brake with a flash hider. Many people may not know the difference, may have wrong information, or just may not see why it matters. Despite looking similar, they serve very different purposes, and they can range you anywhere from $10 to $150. So what's the difference? 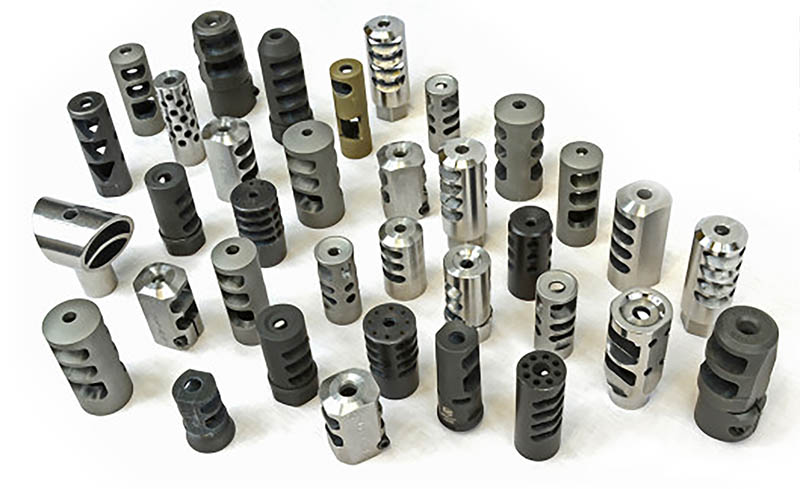 Muzzle Brakes come in many shapes and sizes, with vary degrees of effectiveness

Also referred to as a compensator, a muzzle brake is a device connected to the end of a barrel that redirects a portion of the propelled gasses to combat muzzle rise, linear movement, and recoil. Muzzle brakes direct gasses up, to the sides, or backwards in order to achieve the prior goals, typically making the brake extremely loud--so please wear ear protection.

A good way to understand muzzle brakes is to look at Newton’s third law: for every action, there is an equal and opposite reaction. So when a brake redirects hot, fast moving gasses upwards, the muzzle is then pushed down with the same force as the gasses leaving. This is how muzzle brakes can control muzzle flip, and perceived recoil.

There are actually muzzle brakes on the market like the Ares Armor EEFIN-A MKII block, that let you tune and adjust where the gasses are directed. This gives each shooter a personalized block based on his or her preferences—a very cool concept.

Wondering which Muzzle Brake is best? The Truth About Guns has tested about every one on the market. 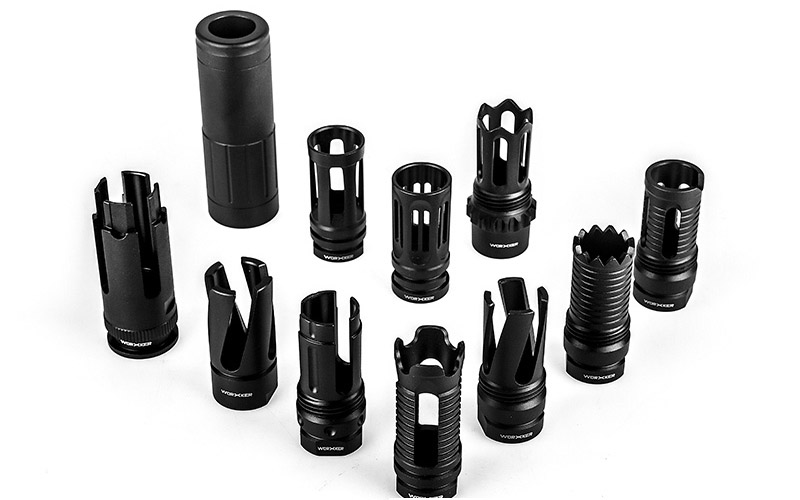 First and foremost, let’s forget the preconceived notion that muzzle flash is unburned powder. This is a common misconception. What that flash actually is, is extremely hot gasses (usually around 3,600 degrees) expanding rapidly when meeting cooler ambient air. These hot gasses leave the end of the barrel and create a sort of bubble. The ‘flash’ that we see is actually this gas bubble becoming incandescent and briefly crossing the visible spectrum. In simpler terms; hot gasses make a bright light.

In order to negate this burst of visible light, flash hiders create turbulence. By blending the hot gasses with cooler ambient air in a disruptive pattern, there can no longer be a large bubble to glow, and the gas is dissipated in smaller sections.

More than likely if you have an ‘off the shelf AR15’ you probably have an A2 flash hider, commonly referred to as a ‘birdcage’ design. This flash hider is the most common design you’ll see, and exactly what is standard on our troops rifles over seas. The bottom is solid to prevent you from creating a dust signature when firing from the prone position, and it is an overall acceptable flash hider. It doesn't provide stellar results, but that's to be expected from the government. They can be picked up for about $10, making it the cheapest option by far.

If you want to find the absolute best flash hider, I recommend checking out the testing done by The Truth About Guns on a wide variety of options. 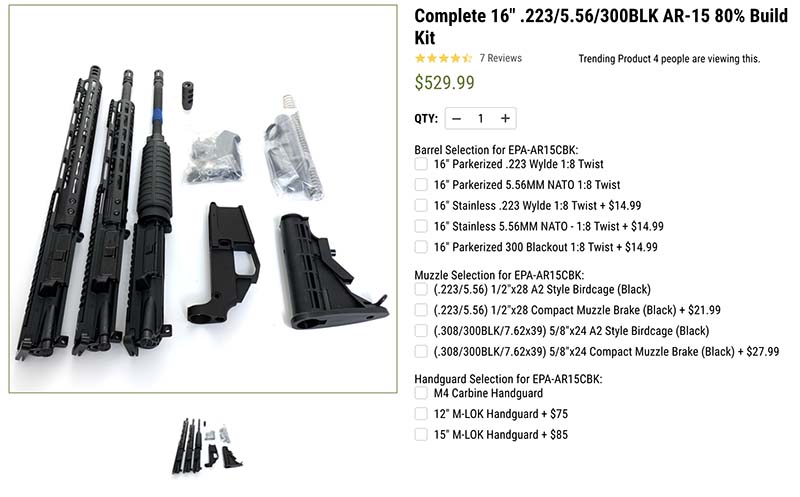 Don't want to be stuck with a muzzle device you don't want? Build Kits, like those offered by 80% Arms, let you make the right decision for your build

The differences are pretty few and very clear. A flash hider tries to disrupt as much gas as possible, while the brake wants to reroute gas to control a recoil impulse. Flash hiders may help minimally with reducing recoil, but mainly just hides flash from the naked eye. Muzzle brakes actually tend to increase flash as well as noise, while greatly minimizing recoil and muzzle flip. Some devices, like the SureFire WarComp will incorporate both features into one device. It won't be the best in either category, but offers you a pretty good compromise.

The question you need to ask yourself when choosing your muzzle device is “what is my intended purpose?”. Do you do a lot of nighttime hunting? You may want to consider a flash hider to preserve your night vision. Not your situation? The brake will help with accuracy, follow up shots, and recoil--all of which are very important. The flash hider, well it mostly just helps to hide you from bad guys-- and since your father-in-law already knows where you live; the flash hider isn’t going to help much.