We’ve all seen it, the highly trained operator on the screen emerges from the darkness, withdraws a weapon with a long muzzle device on the end, takes careful aim at the unsuspecting guard lighting a cigarette, and gives ol’ boy a double-tap. Two nearly undetectable, whistles happen, no other sound. Our operator slides back into the darkness. How could our super-secret ninja operator have done this? The answer, at least in the world of Hollywood, politicians and our beloved ATF, is the humble suppressor, and while they might not work quite as well in reality as they do in a James Bond flick, there are many benefits of utilizing these devices for the everyday gun owner. Read on to learn a little bit about these devices!

History of the Suppressor 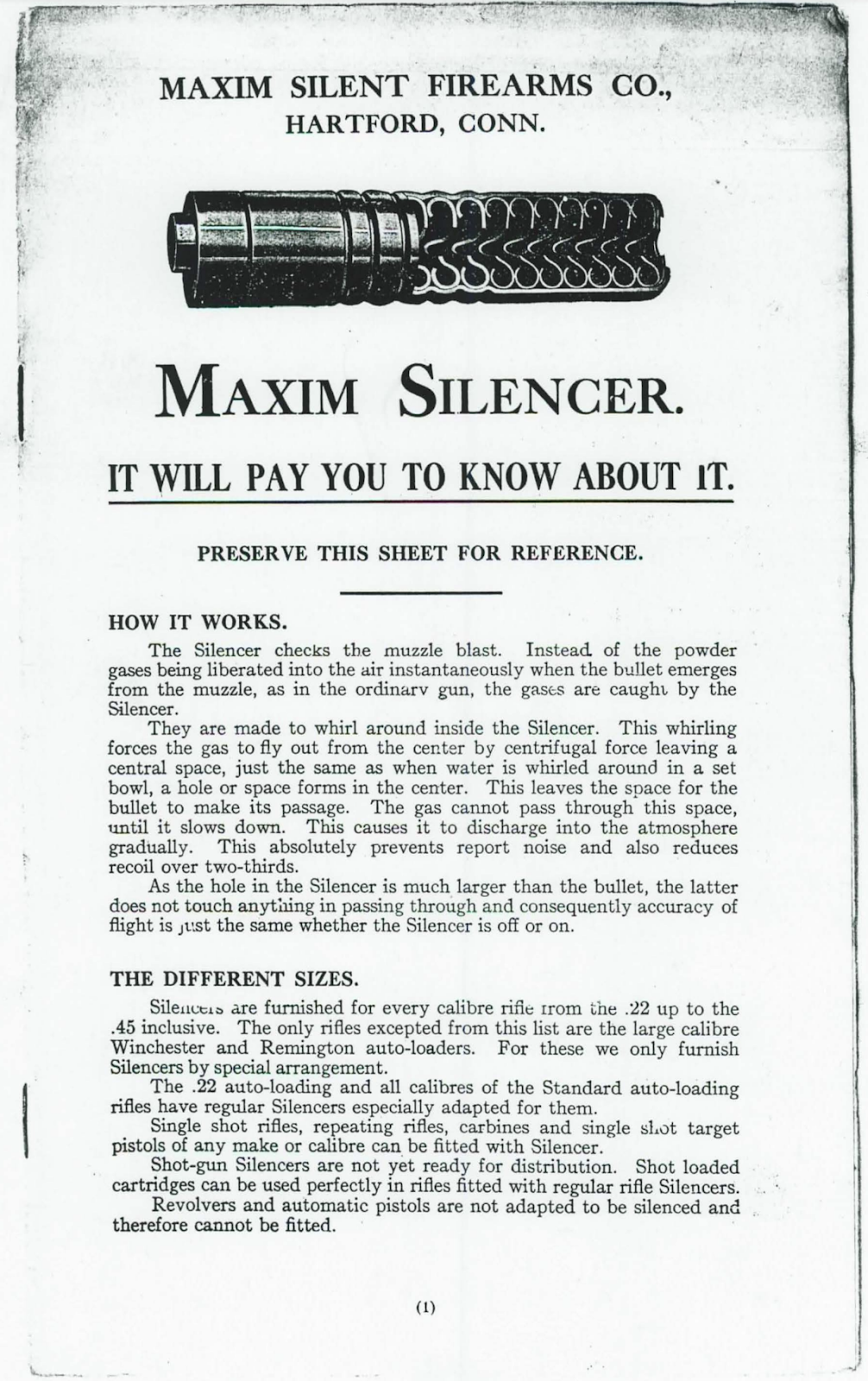 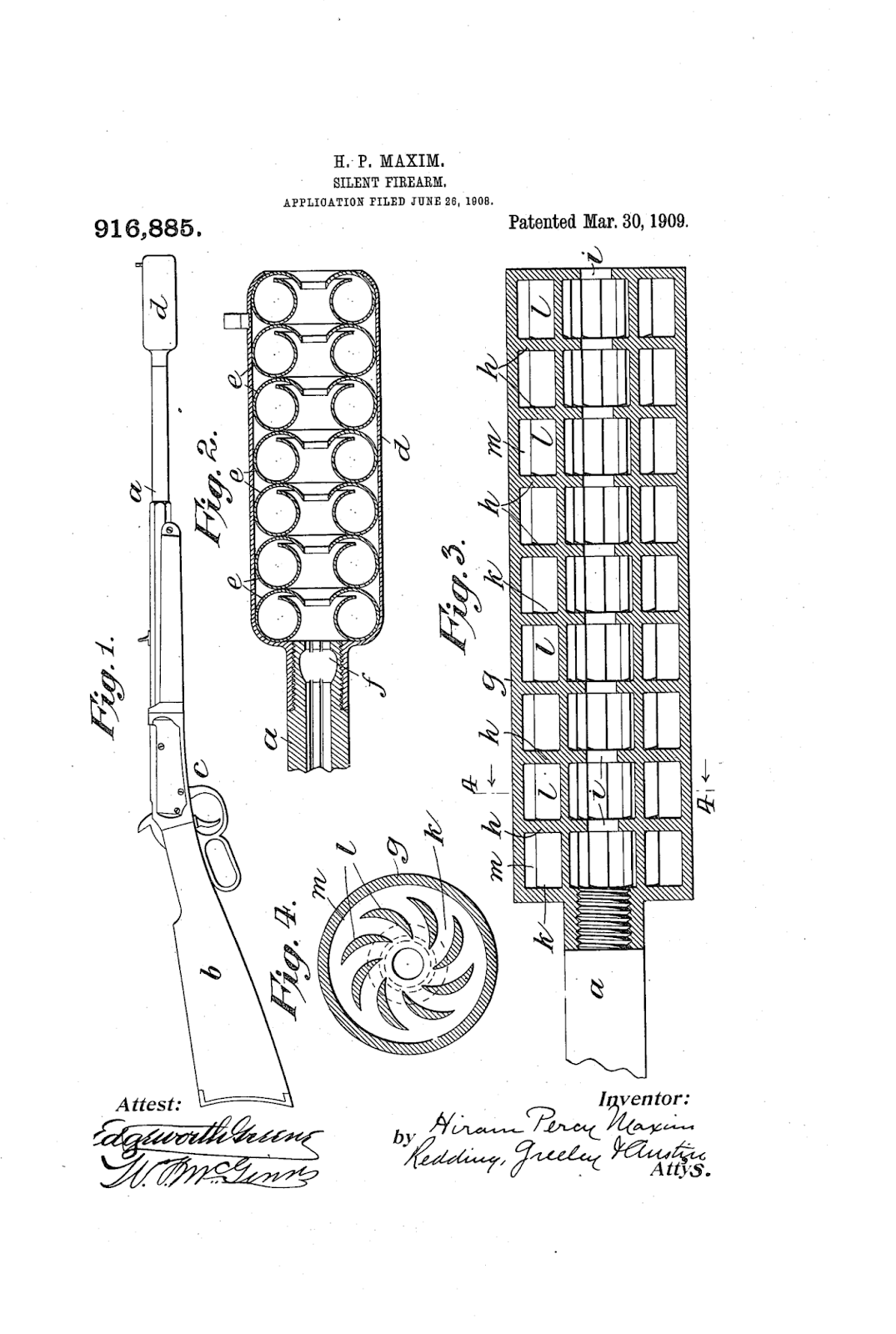 So, without boring you too much, the first commercially available suppressor that actually worked was invented by an inventor guy named Hiram Maxim in 1902, and fun fact, his dad invented the first portable, fully automatic machine gun, The Maxim Gun (see pic below). 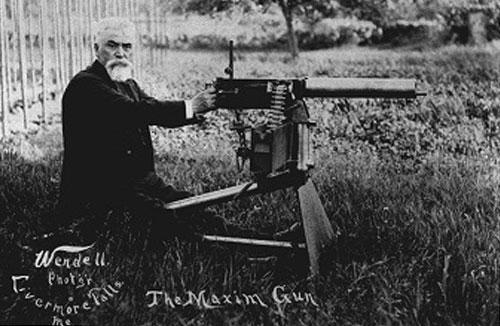 This image depicts Hiram Maxim with his “portable, fully automatic Maxim Gun”. We doubt ol’ Hiram had any idea of where this idea would go in terms of “portability”.

Patented in 1909 was a device attached to a barrel that reduced noise and muzzle flash. You could order a suppressor from a mail order catalog at this point, crazy right? The entire point was simply to reduce noise pollution and hearing loss, using similar technology being used for car engines. Maxim referred to this product as a “silencer”, much to the chagrin of forum and YouTube experts everywhere, who would like to inform you it is actually a “Suppressor”. Don’t really care what it is called? Over the history brief? Me too, let’s talk about how these things work! 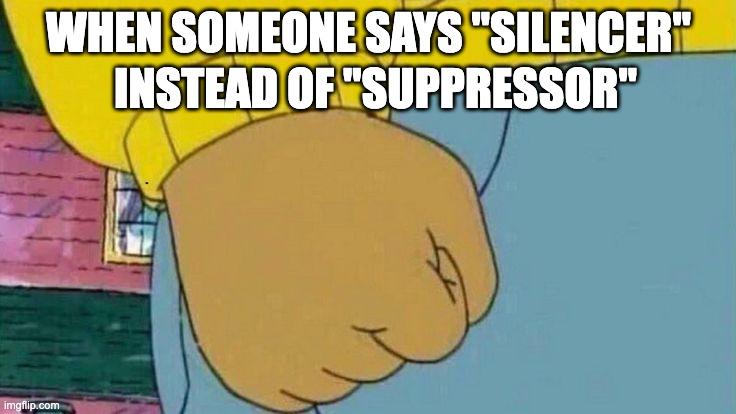 How quiet is a suppressor actually?

Most suppressors typically reduce less than 40 decibels, with the average around 303-5 decibels. If we are to put this into perspective, this is about the difference in decibel level between a professional football stadium at full volume, being reduced to the sound of your average lawmower’s decibel rating. Pretty wild right? So, you still will have a pretty loud noise, but it will be far more manageable and much safer for your hearing! This means once the gas does exit the suppressor, it is moving slower, with less pressure, meaning it is quieter. What you are hearing when you fire a weapon are two things, a bullet becoming supersonic is one.

Supersonic speed is defined as, “The speed of an object that exceeds the speed of sound”.

Secondly, you are hearing the gas being forced out of the end of the barrel. Allowing the combustion process to complete, unburnt powder burns off, (this reduces muzzle flash), and the longer the gas is contained in the suppressor itself, the slower and cooler it gets. This means once the gas does exit the suppressor, it is moving slower, with less pressure, meaning it is quieter. What you are hearing when you fire a weapon are two things, a bullet becoming supersonic is one. For those of us that are not Sheldon Cooper or other esteemed physicists, “Gun go bang”.


Silencer Vs Suppressor? What’s the difference?

How does a suppressor work?

To put it simply, a suppressor is a muffler for your weapon, and it basically works very similarly to the muffler on your car, (as long as you don’t have a Fast and the Furious muffler on your 4-banger, that would be the opposite, but I digress). Modern suppressors, to summarize it succinctly, use a series of internal baffles to disrupt all the fast-moving, flaming hot gasses expelled from the muzzle of the weapon as it is fired. As the gas hits the baffles, they are slowed, and cooled in a similar way as the muffler on your car works.

Suppressor shown here on a Glock 19.

Why would I want to use a suppressor?

There are many reasons to use a suppressor, chiefly, to protect your hearing. Most suppressors reduce sound by 35 decibels or so, which means you are able to reduce the sound enough to not jeopardize your hearing without shooting with hearing protection. Remember, these are muffling the report of the weapon, they are not silencing it completely. John Wick 2 and the mall scene? Two lethal assassins having a gunfight with suppressors walking around a mall shooting amongst unsuspecting people going about their lives? It pains me to inform you, but movies aren’t real, and that ain’t happening Mr. Wick! Is it worth buying a suppressor? We sure think so, but that, ultimately, is up to you! 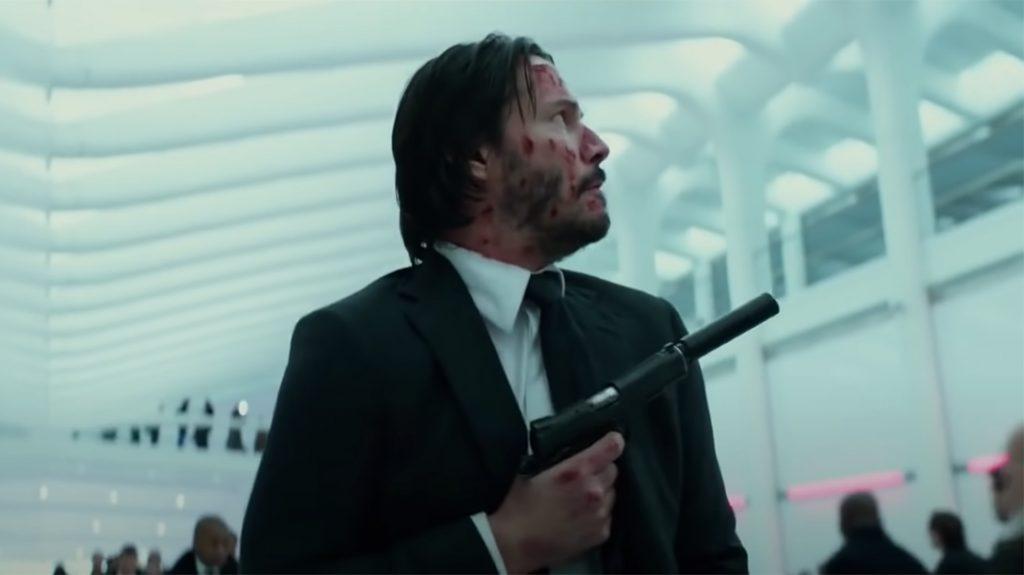 Nope, not a thing Mr. Wick.

Do suppressors affect velocity or range?

One common myth is that suppressors reduce velocity. Don’t believe everything you read on the internet friend, because that is actually not any more accurate than Abraham Lincoln washing his Tesla under an Apple Tree! Reality is, suppressors, in every test we can find, had no effect on muzzle velocity at all!

Sometimes myth is actually rooted in fact, as older suppressors had a rubber gasket or “wipe” at the end of the can that would contact the round and slow it down, with the concept being the wipe would hold gas in longer, to make the shot quieter. Extra friction actually would slow the bullet down. Thankfully, in this day and age, suppressor technology has changed to the degree that wipes are no longer used.

Modern silencers are machined to a degree that there is barely any room between the bullet and the baffles, so there is no friction, therefore, no change to velocity, and concurrently, no change to range! 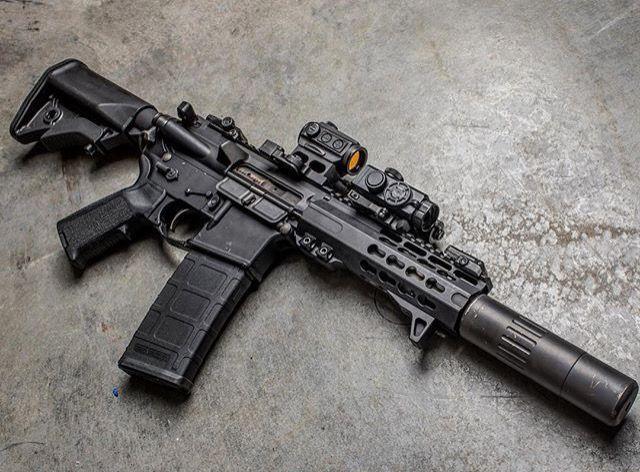 How long do suppressors last?

Build your next suppressed AR15 with 80% Percent Arms!

Other than the suppressor, of course, we have everything you need to build a functional and ultra-reliable rifle from our 80% lower receiver, to every accessory you will need!