*UPDATE: Emergency Action Needed! D.C. House of Representatives Pass Gun Control To Override State 2A Sanctuary Laws. Did your elected representatives vote for the wrong side? Find out with this handy tool provided by Gun Owners of America here. Hold your elected officials accountable! 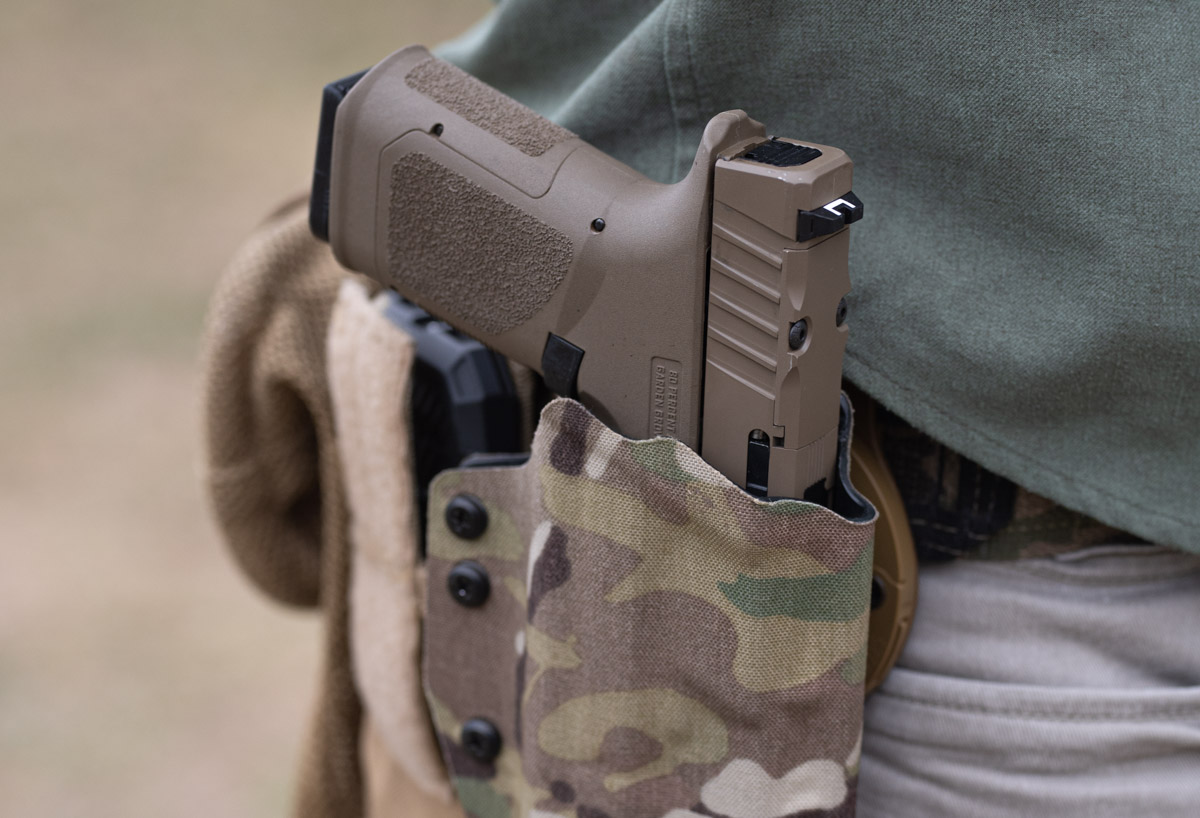 This piece of good news literally appeared out of thin air, as many did not see it coming — last week Indiana passed their SB 209 (original language came from HB 1077) through the state’s House and Senate which would allow Indiana gun owners to carry a concealed firearm without a permit. Now, the bill is with Indiana’s Governor Eric Holcomb who has 7 days to sign or veto the bill. Interesting fact - if the governor does not sign it, the bill will automatically pass into law. Given the governor's political party background (Republican), we feel confident that he will likely sign the bill into law.

So as of now we’re poised to see Indiana, Ohio and Alabama to have constitutional carry laws passed by or before the mid-year. Nebraska’s state legislature is also currently in talks but we’re not entirely sure when that will come to fruition. If the lawmakers in Nebraska figure it out, they might be the 25th state to have Constitutional Carry unless another state beats them to the punch. Just as the anti-gunner politicians are passing gun control policies at record speeds, as are states setting themselves up to protect their residents’ gun rights and for some, even Second Amendment Sanctuaries. 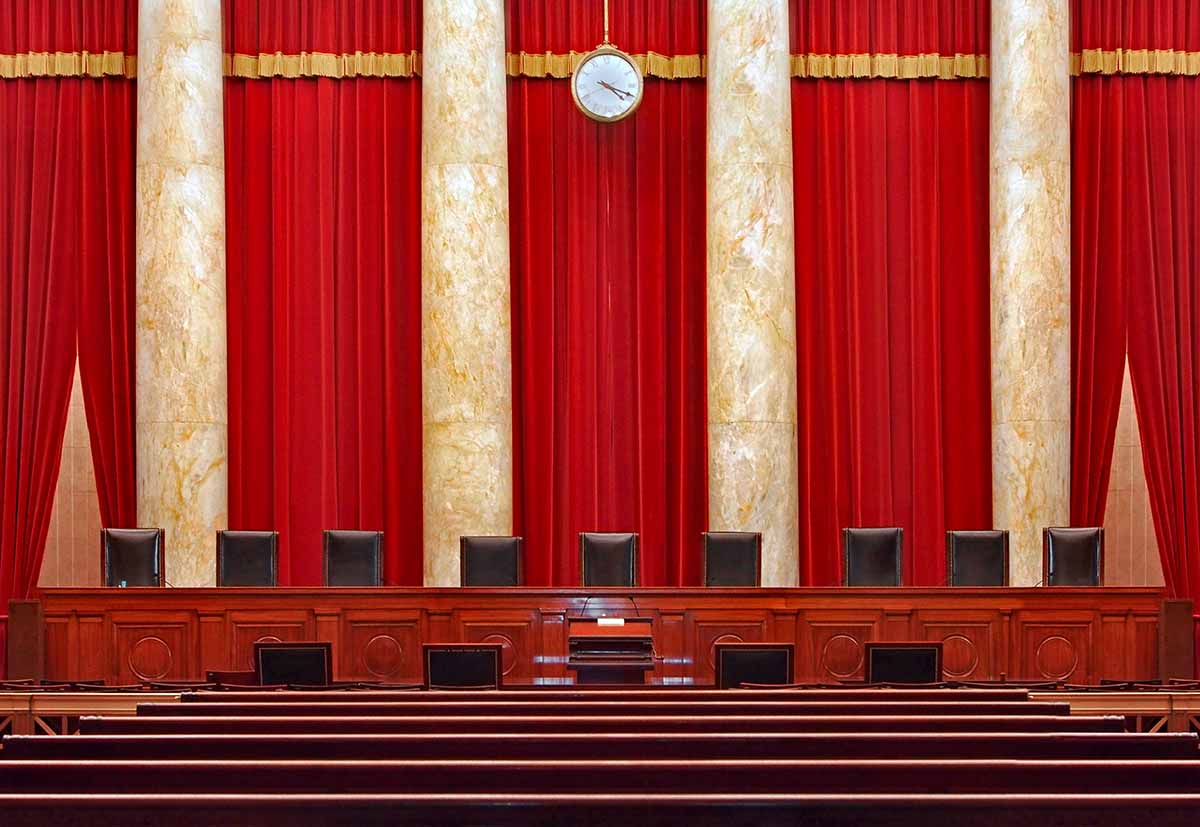 Speaking of Second Amendment Sanctuaries, the Biden Administration has sued the state of Missouri for canceling all federal gun control laws. The issue has grown to the point that now the Supreme Court plans on reviewing the case. Last year we wrote about how Missouri became one of the first 2A Sanctuary States by passing HB85, the Second Amendment Protection Act, which forbade any law enforcement within the state to aid federal agencies, or themselves, from enforcing any federal firearm laws. The fine set for breaking this policy is $50,000.

According to Biden’s DOJ, they assert that Missouri’s HB85 restricts the federal agencies’ ability to work in partnership with local Missouri law enforcement departments and they are correct (that’s kind of the whole point). However, Missouri Attorney General Eric Schmitt would beg to differ. According to Schmitt, Biden’s efforts to cancel HB85 are hindering their Safer Streets Initiative, a highly successful partnership between Schmitt’s office and the U.S. Attorney’s Office for the Western District of Missouri which has a rate of about 98% conviction rate for hundreds of charges filed against criminals. 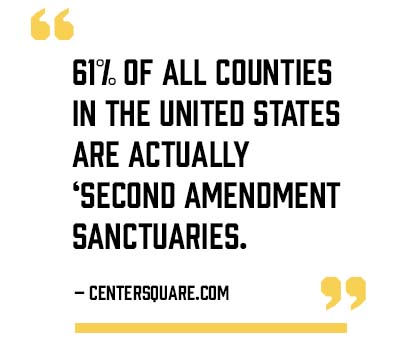 It seems to us that Missouri’s SAPA makes the Biden Administration nervous because it takes legal authority and power away from the central government and gives it back to the state of Missouri. Clearly, they don’t like that. Not to sound like a broken record, but yet again, a classic example of the federal government peacocking to assert dominance over states’ own jurisdiction.

Despite how frustrating this may seem, it’s actually an exciting opportunity for the gun industry and all those who enjoy gun ownership in America — Imagine this scenario, what if the Supreme Court actually rules in favor of Missouri? Centersquare.com (formerly Watchdog.org) reports that as of July of 2021, 61% of all counties in the United States are actually ‘Second Amendment Sanctuaries.’ If SCOTUS were to formally approve that a whole state could designate that for themselves in the same way that some places have become “sanctuary cities” for illegal immigrants, it could really deal a blow to the federal government’s ability to enforce unconstitutional gun laws. More on this story as it develops. 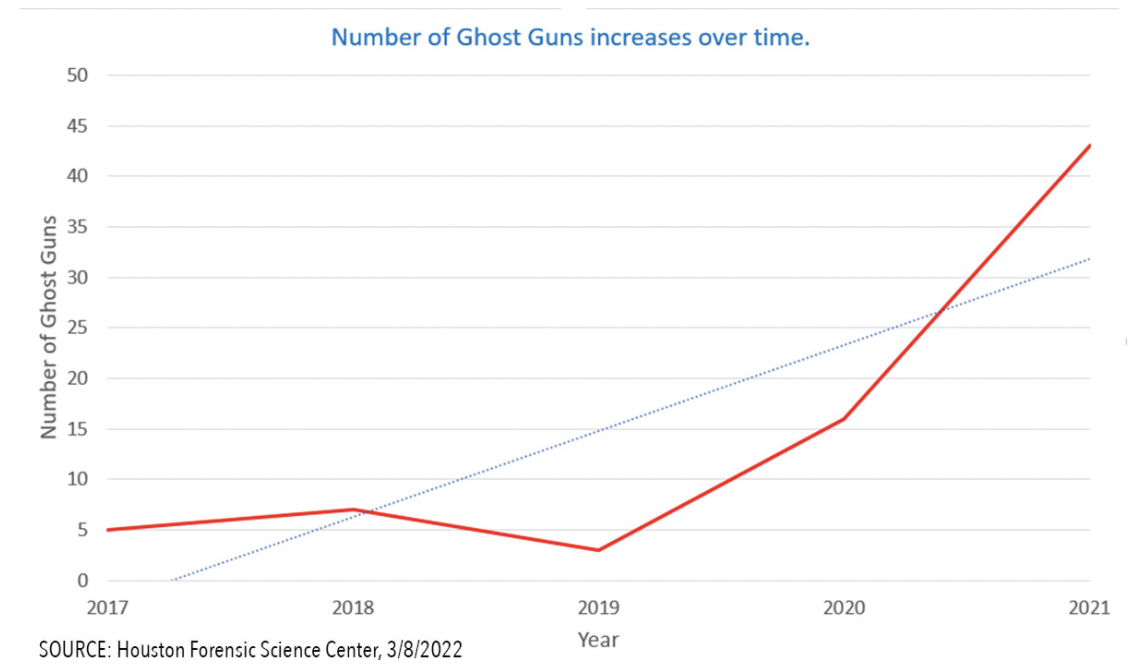 Amidst the mainstream media’s obsession with publishing news about the “proliferation of ‘ghost guns,’” an ABC outlet reported this week that the ATF is now teaching law enforcement officers in the Houston (Texas) area what to look out for to be able to identify ‘Glock switches.’ These are 3D printable parts that can turn a semi-automatic Glock-style handgun to being capable of firing full auto.

Houston’s Forensic Science Center published some figures this week that made us raise our eyebrows which showed how many “ghost guns” were actually confiscated or dealt with by law enforcement since 2017. Take a look for yourself at the image above. As a reference, Houston is the 4th largest city in the US with over 2 million residents. Just to prove a point, the amount of registered weapons in 2021 for the state of Texas was 1,006,555 firearms.

To be clear, it is obviously wrong and unfortunate that some officers were injured by criminals using their homemade guns with ‘Glock switches.’ But that’s nothing new. Criminals will always break the law and oftentimes, some will use violence while doing so.

What we’re concerned about is if this represents the start of the ATF making good on the Biden Administration’s promise last year to employ federal strike forces at five major cities to respond and crack down on the issue of “ghost guns” and firearms trafficking. Houston was not named as one of those five major cities but it has us on our toes to see what the ATF does next.