Will Elon Musk reverse the Twitter Ban on Advertising Weapons?

Unless you’re a hermit, you’ve probably heard about the wildly entertaining news regarding Elon Musk and Twitter over the past week. But if you didn’t, here’s basically what happened:

This is exciting news because Elon Musk has accomplished a lot in the past couple of decades. As a co-founder of Paypal he set the trend for how we commonly send money to each other today and how we spend it online; he’s been a major automotive industry disruptor with Tesla’s international success, forcing major brands to consider developing electric vehicles more seriously (not without its own challenges); created a reusable rocket thru SpaceX (which brought multiple NASA contracts back to the United States so we rely on Russia less); some other projects Musk has been working on include researching artificial intelligence and neurotechnology to implant technological devices into the human brain.

Now, Musk has gone on the record saying that he wants Twitter to become a bastion of free speech for everyone, with exception to what is considered as illegal content:

“By ‘free speech,’ I simply mean that which matches the law. I am against censorship that goes far beyond the law. If people want less free speech, they will ask the government to pass laws to that effect. Therefore, going beyond the laws is contrary to the will of the people.”

Alright alright, so that’s all very interesting but how does that help us gun toting folk? Well, we’re no constitutional lawyers but what many don’t realize is that the Second Amendment is intertwined with the First Amendment. There can be no First without the Second! For quite some time now the 1A has been used against the gun community making our hobby, sport or way of life seem like something of a taboo nature. Retaking the 1A for ourselves on a platform like Twitter would be a large step in the right direction for regaining a foothold in the culture war against firearms.

Twitter’s current policies on weapons and weapon accessories are extremely strict. From airsoft guns to knives and even fireworks, the promotion of any of these items or anything in between is prohibited on the internet platform… pretty extreme.

So if Elon makes good on his word, you can forget about using GunBroker. You might be able to start making those “For Sale” and “Want To Buy” posts on Twitter in the near future — which is part of why we are anxiously waiting for the man to take control of the company as CEO. 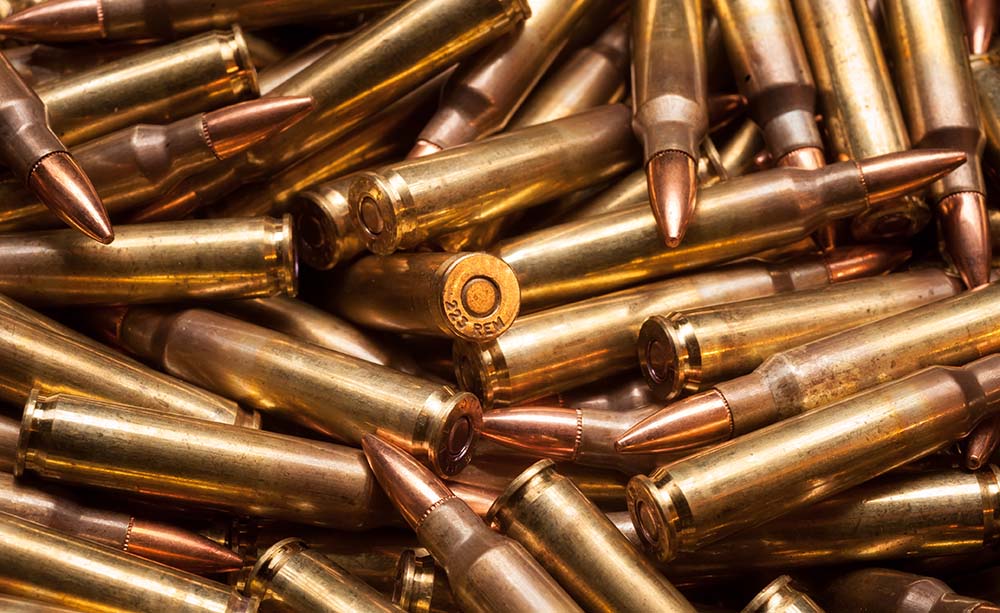 Last week, the Pentagon announced that Winchester had won a $51M small arms ammunition contract. Specifically, the contract is to fulfill manufacture orders for 5.56 NATO, 7.62 NATO and .50 caliber rounds. Their corporation name is actually Olin Winchester and they’re no strangers to military contracts since the Army regularly renews their stockpile (some apparently even from WWII) but this reminded us that we’ve been dealing with ammo price surges for two years now. How long do we have to keep dealing with this?

Well, it might depend on where you live. We’re based in Southern California and from what we’ve seen, smaller gun stores may still be struggling to stock large amounts of ammo because people are still buying it up just as fast. Larger sporting good stores like Cabela’s or Bass Pro Shops may have more quantity but may still be overpriced. But if you look online with search engines like ammoseek.com what we found was certainly more promising.

We’re seeing remanufactured brass 9mm go for as low as 25.9 CPR (cents/round) and low quantities of brand new brass 9mm go for as low as 27.8 CPR. Steel casing 9mm can even be had for as low as 26 CPR. However, that’s not including shipping, handling, any hazmat fees, or background check cost if your state requires it. That being said, it’s far better than when 9mm was going for as much as 50 cents/round only a year ago. As for brass .223 Remington or 5.56 NATO, it would appear that deals seem to hover around the 43 CPR mark before fees so still not great but if you can manage to buy in larger bulk or in person, it can make the purchase more worth it. Personally, I remember paying as much as 65 CPR for 5.56 rounds last year (some defense rounds went for as much as 88 CPR).

Is the great ammo shortage finally over? Hard to say just by looking at these numbers but when the Department of Defense reports over 50 million rounds of small arms ammunition having been supplied to Ukraine to fend off the Russian Invasion, it definitely raises some suspicion from us. We’re under the impression that the government, restaurants, and ammunition sellers alike are all wanting to hang onto COVID pricing for as long as possible despite the return to normalcy that most states have been experiencing for some time now. Granted, there were a lot of history making events these past couple of years… but if we’re being optimistic, it does seem like there is a slow trend for stability returning to the economy. Even gas prices have started to come down a bit. 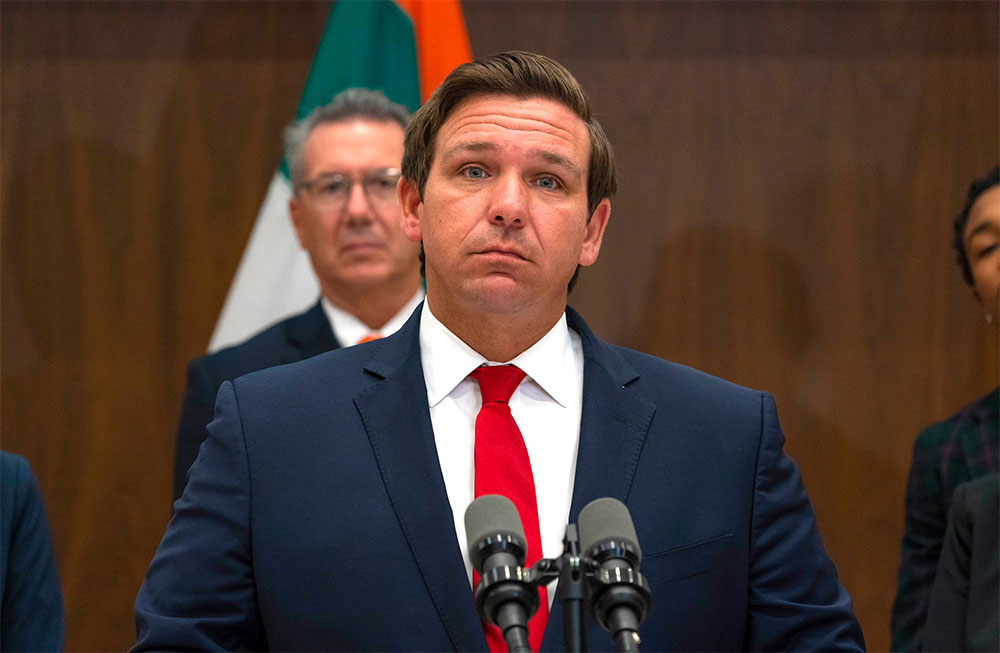 There’s a race (that mostly only gun folks like us pay attention to) for which state will become the next and 26th state to pass Constitutional Carry legislation. Our contending states appear to be Louisiana and Florida. We covered Louisiana’s chances just a couple weeks ago but just as a reminder, their chances rely on the politicians in the Louisiana state Senate to have enough votes to veto their democrat governor who will likely refuse to sign the bill. Last year, they were unable to override the Louisiana governor’s veto and there’s a chance that we may see a repeat of that this year as well.

Although Florida failed to pass their Constitutional Carry bill last year, this time around their Governor Rob DeSantis has publicly committed to signing a permitless carry bill. But wait, there’s more - DeSantis even called out the public official who manages the concealed carry permit program in Florida, Agriculture Commissioner Nikki Fried (a Democrat) who apparently doesn’t even support the right to carry.

Fried had made news in 2020 for suspending permits for those who were accused of taking part in the January 6th events in Washington D.C. along with depriving average citizens who wished to obtain a permit. Hopefully, DeSantis comes through on his word and doesn’t take the rest of his governorship to get this done otherwise another state will take that 26th spot. To be honest, we wouldn’t mind if that happened either, we just prefer more over less states that have Constitutional Carry.

“You have a situation where the official in charge of these permits doesn’t support Second Amendment rights. So why would you want to subcontract your constitutional rights to a public official who rejects the very existence of those rights?”