The market is very plentiful today for optics which is great but can make it hard to choose or know what’s best for your AR-15 rifle. If you’re having trouble deciding between Aimpoint red dots sights and EOTech’s holographic sights, maybe we can help you with that. 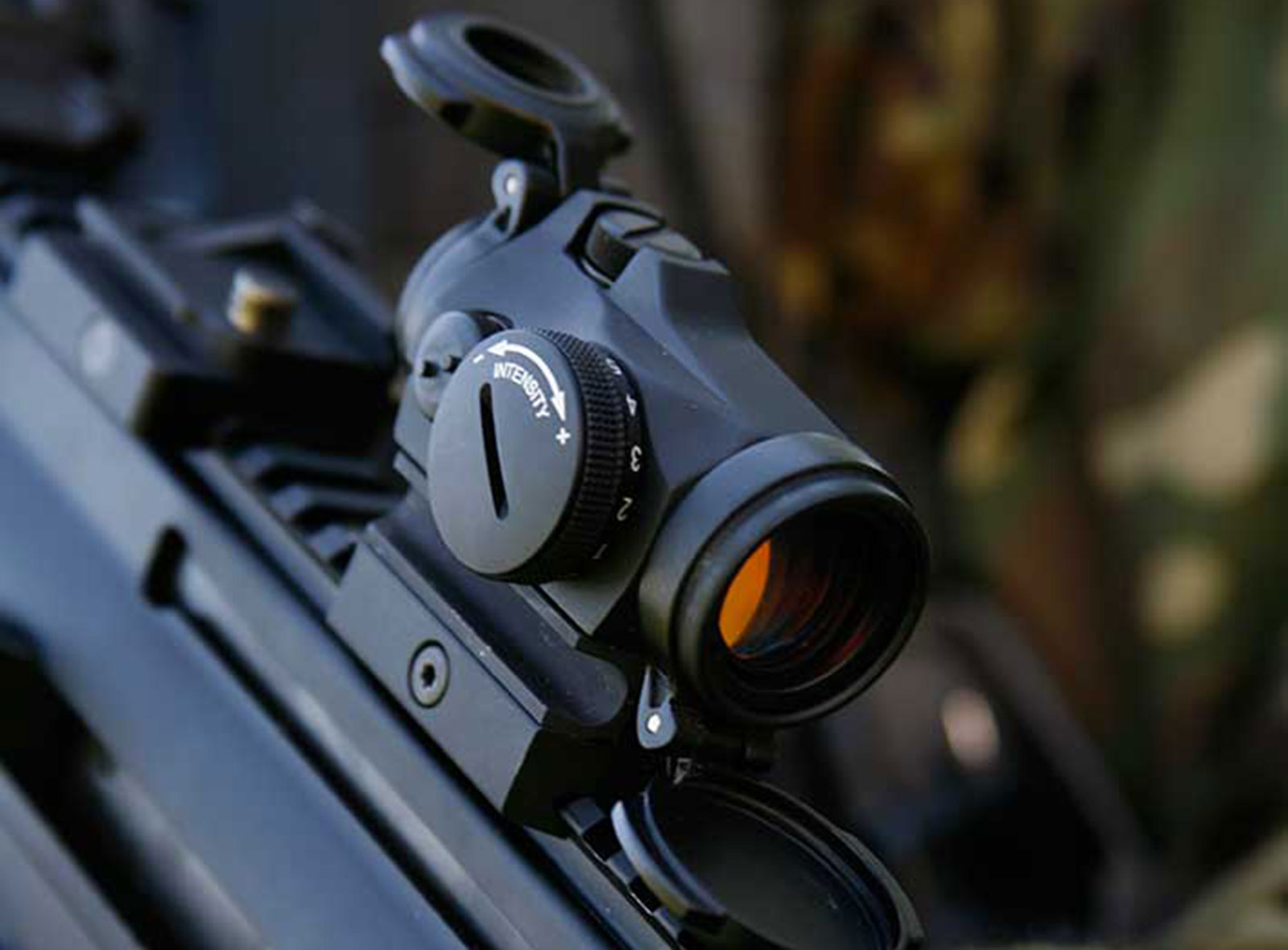 Aimpoint got their start in Sweden when they developed the very first electronic red dot sight in 1975. Since then they have been one of the industry leaders in manufacturing firearm optics delivering millions of sights to US Armed Forces, NATO countries, and countless police agencies world wide. Unlike more budget friendly brands such as Holosun, Sig, or Primary Arms — Aimpoint sights can be quite pricey. 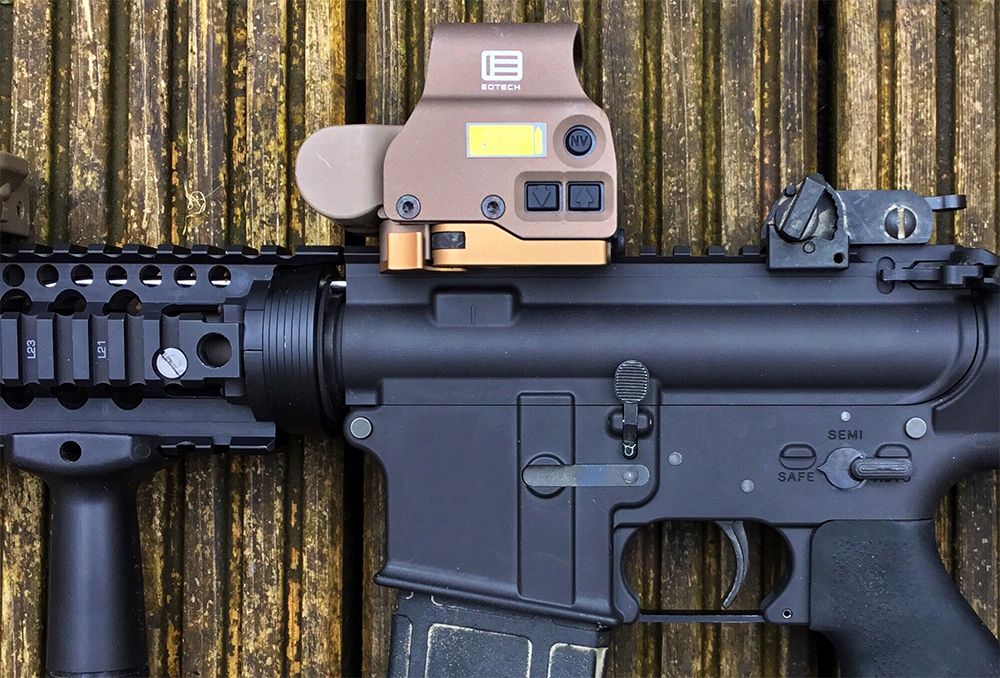 EOTech gets their name from the electro-optic products and systems that they have been selling since 1996. Just as Aimpoint is known for originating the red dot, EOTech is known for their Holographic Weapon Sights’ reticle (also known as the “bullseye” reticle). EOTech has also been an industry favorite brand of US Special Operations (USSOCOM), elite Army units, and the Marine Corp.

Aimpoints are typically lighter than EOTechs but some might choose Aimpoint sights over EOTech for their smaller footprint and the amount of space that they take up on a rifle. Obviously this isn’t true for the Patrol Rifle Optic as it’s quite large and mostly pertains to the T-series red dot sights.

EOTechs have a large field of view which make it comfortable to see and the reticle is easier and even faster to pick up than a red dot for some people specifically because of astigmatisms in their vision. Almost all EOTech sights are compatible with their 3x and 5x flip-to-side magnifiers as well but these are our favorite EOTechs.

When it comes to battery life Aimpoint takes multiple cakes over EOTech sights. If you look at the EOTech EXPS3 it can run anywhere from 600 to 1,000 hours on a single CR123A battery. However, the Aimpoint T2 reportedly lasts up to 50,000 hours or potentially 5 years on a single CR2032 lithium battery. While we specifically compared the T2 against the EXPS3, these features will remain pretty similar across both brands for all red dot and holographic sights offered by both Aimpoint and EOTech.

The Aimpoint T2 has 12 brightness settings that can be adjusted with a turret(dial) on the right side of the optic. Beneath that dial is the windage adjustment and the elevation adjustment turret is on top of the optic for zeroing in the red dot with the rifle. Aimpoint also offers a 3x and 6x magnifier which works in tandem with the T2 very nicely. The T2 is night vision compatible.

Older EOTech models will have their brightness setting controls on the backside of the optic which typically is fine. But if you want to run EOTech’s magnifiers the EXPS3 has updated brightness setting buttons located on the left side of the optic so if you run a magnifier it won’t get in the way of adjusting the reticle’s brightness on the fly. The EXPS3 also has the added bonus of night vision compatibility. To switch to night vision mode simply hit the NV button, also located on the left side of the optic, and your reticle will be visible to you and only you under the darkness of night. In comparison with red dots, the light from the optic can easily be seen by others in the dark.

Multiple Aimpoint models have a better reputation for their durability as they’ve been tested against several chemicals, are more shock resistant and can operate in a wider range of temperatures compared to EOTechs. That being said, while both brands’ optics are waterproof to a certain extent Aimpoint sights can be submersible up to 150 feet. EOTechs can’t go that deep but the EXPS3 can be submerged down to 33 feet underwater.

This is where preference meets ease of use. Some people prefer the red dot for its simplicity so that there’s not a lot visually that’s blocking their field of view or covering their target. But some people have astigmatisms in their vision so that dot becomes a line or a J-hook like object making red dot sights a no-go for them. Holographic reticles don’t blur or distort in the way, or at all in most cases, that red dots will, which makes them more appealing for those with astigmatisms. While the T2 is night vision compatible, the holographic reticle is much easier to see under NVG’s and won’t give away your position.

It must also be said that EOTech’s “bullseye” reticle is known for its ability in aiding shooters with faster target acquisition. The holographic reticle is also very useful in medium to long distance shooting. The classic reticle that most people are familiar with utilizes a 1MOA dot inside a 65 MOA ring. There is also the reticle with two 1MOA dots inside a 65 MOA ring which accounts for .223 bullet drop compensation. Using the 65 MOA ring can come in handy when shooting at targets over longer distances and accounting for holdover whereas with a red dot you really just have to eyeball it yourself. If you’re using an AR15 and shooting .223 or 5.56, either of these two holographic reticles will work very well for you. 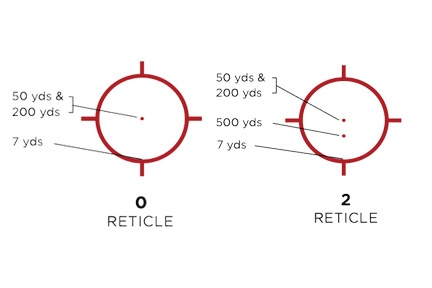 Between these two giant brands, it really depends on the user for what makes or breaks the decision to choose between the company’s optics. If you want a lighter optic, Aimpoint is almost always the way to go. For shooters that have astigmatisms in either of their eyes, EOTech will work better in their favor. For magnifier usage, Aimpoint has a 3X and 6X option. EOTech has a 3X and 5X option for their magnifiers.

Although Aimpoint has the superior battery life, EOTech is powered by more commonly available AA batteries and CR123A’s. Though most EOTechs have auto turn-off feature they do not have the shake awake feature but neither does Aimpoint. Both brands have great options for night vision compatibility as well. In terms of durability we think Aimpoint is not necessarily better but it just seems that EOTech’s glass tends to crack and shatter more often than Aimpoints do when under duress or after suffering from multiple drops.

If you’re planning on being a squid or a frogman, Aimpoints are probably the way to go but be honest with yourself, are you actually going to ever dive with your firearm and optics deeper than a few feet of water? Both brands have expensive sights but their optics are industry leaders and the standard for all the aforementioned reasons. Find a sight that’s the right size, weight, profile, and includes the features that you need for your purposes.