In simple terms, the terms ‘AR’9 and ‘AR15’ refer to AR style rifles chambered in 9mm Luger and .223/.556, respectively. The two rifles were designed for two very different purposes, so their differences are many. I am going to highlight these differences as well as touch on the best applications for these two firearms. 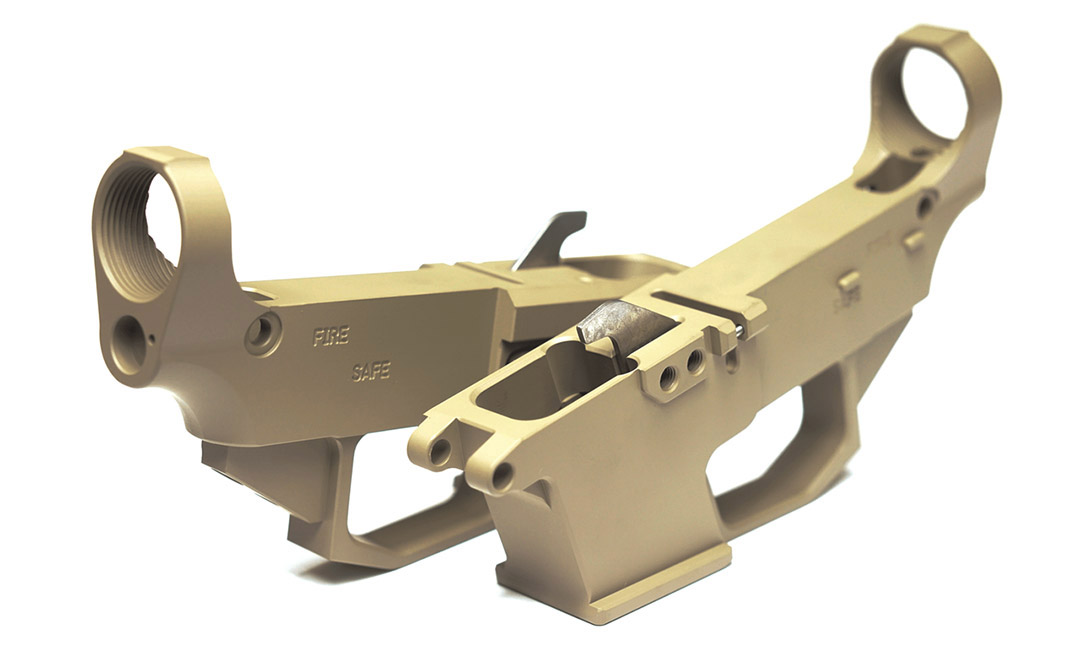 An FDE Cerakoted AR-9 lower by 80% Arms. It takes Glock mags and can even fit standard AR15 uppers.

An AR9 is more or less exactly what it sounds like; an AR style rifle that is chambered to shoot a 9mm Luger bullet. When straying away from the typical .223/5.56 chambering, differences start to arise. The AR9 is composed of parts that are unique to the caliber, and the firearm:

-A blow back action, instead of the direct impingement or piston system you find in AR15’s.

Advantages of an AR9

When talking about the advantages of an AR9 over an AR15, it is important to remember to take these at face value. These advantages are just data, and not comparing the AR9 to the AR15 in situational comparisons.

-Recoil: The AR9 has extremely minimal recoil, as it is pushing a pistol load through a heavier and more manageable platform. Follow up shots are easily held on target, and you can spend a lifetime at the range without even as much as a sore shoulder. Though recoil isn’t as smooth as the AR15 dur to the blowback system, it is less perceived recoil.

-Size/Weight: An AR9 can be built as large or as small as one wants, but generally speaking a 12” barrel is used along with a pistol brace. The combination of these two parts make the AR9 very short and compact, perfect for home or self-defense. Coupled with the shorter barrel, lighter lower receiver, and lighter ammunition, the AR9 is also substantially lighter than the AR15.

-Ammunition Prices: Shooting 9mm is about as cheap as shooting is going to get. Coupled with tons of choices for defense ammunition, the AR9 definitely wins out when it comes to cost.

-Suppress-ability: The AR15 suppresses well, but you can turn an AR9 into a literal whisper. With a 12” barrel and subsonic ammo, the action of the aR9 is going to be louder than the actual report of the rifle. This category is not even a competition.

Disadvantages of an AR9

The AR9 certainly does a lot of things well, but it has its short coming just like any other firearm/caliber. Below are what I consider to be some disadvantages of this configuration.

-Power: Sure you will get more velocity out of a 12” barrel than with your typical handgun barrel, but even at maximum velocity the 9mm is only traveling at about 1200 fps and producing somewhere in the ballpark of 400 ft. lb. of energy (depending on your ammunition). These numbers are dwarfed by the .223/5.56, and is certainly a disadvantage of the AR9.

-Accuracy/Distance: Though the 9mm can be fairly accurate at short distances (inside of 100yd), the bullet slows and begins to drop fairly rapidly past 100yd. The limited range and heightened bullet drop of the AR9 are an obvious disadvantage.

-Build/Parts price: The pricing of the AR9 is no more expensive than an AR15, however they are harder to come by. You won’t find parts for your AR9 sitting on the shelves of your local sporting good or run of the mill gun shop, however the AR15 has loads of aftermarket support in just about every outdoor store in existence. The sheer difficulty of obtaining parts is a disadvantage of the AR9. 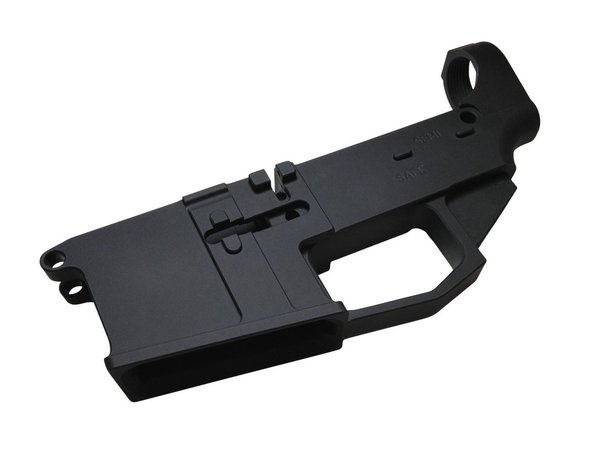 The AR15 or Armalite Rifle, is a rifle that is chambered in a .223 or 5.56 NATO semi-automatic platform. When compared to an AR9 which we discussed above, the AR15 has some differences:

Advantages of the AR15

The AR15 is a hugely popular, modular, and effective platform. To list the advantages of this gun in comparison to the AR9 isn’t exactly fair- since they were designed for different purposes; but the AR15 does outshine the AR9 in certain categories.

-Power: The Ar15 is pushing a 55gr pill upwards of 3000fps. The energy at the muzzle is right around 1200 lb ft. There is no scenario where the AR15 doesn’t have the power advantage over the AR9.

-Accuracy/Distance: The .223/5.56 can be inherently accurate, and is capable of retaining this accuracy over distances pushing 1,000yds. The AR9 falls off very quickly, and is hard to compensate for at distance.

-Build/Parts price: While not being any cheaper than parts for an AR9, AR15 parts are much easier to find, and readily available. You also don’t need to mess with specs and brands, as parts for the AR15 are interchangeable between brands.

Disadvantages of the AR15

When compared to the AR9 in a black and white comparison, the AR15 definitely has some drawbacks:

-Recoil: perceived recoil with the AR15 is higher, and muzzle rise is much more of an issue than it is with the AR9.

-Size/Weight: Having a 16” minimum barrel, and telescoping carbine stock, the AR15 is much longer in comparison. Adding in a fully loaded magazine and extra material on the lower receiver, the AR15 is also going to boast a few more pounds than the AR9.

-Suppress-ability: The AR15 really does suppress well with certain rounds, but when compared to the 9mm, that’s a losing battle. Advantage: AR9.

The parts between these two platforms really aren’t incredibly interchangeable. Short of swapping triggers, grips, sights, or lower parts, you’ll need to purchase parts specifically for your caliber and platform.

The AR9 and AR15 certainly have their strengths and weaknesses. Choosing one or the other may be difficult when trying to peg each one into multiple applications, so do what I would do: buy both! 80% Arms has high quality parts and accessories for both platforms ready to ship to your door. Browse our selection and complete your new build now!