Do AR charging handles make a difference? Yes! They certainly can. The stock mil-spec charging handles that come with an upper receiver purchase or a pre-built gun have a lot of shortcomings compared to some of the most popular aftermarket options. The best AR 15 charging handle could depend on what use you’re putting a rifle through but in general, it’s going to be ergonomic and ambidextrous, so you can pull the bolt carrier group back with either hand.

What is a charging handle?

A charging handle is the lever used in a variety of firearms to pull the bolt or bolt carrier group rearward and is let go afterwards or manually pushed forward if there isn’t a spring to do so. This action is done to chamber a new round from the magazine or to forcibly eject a casing in the event there is some sort of failure such as a double feed, failure to eject or stovepipe - to name a few.

Who makes side charging AR 15? 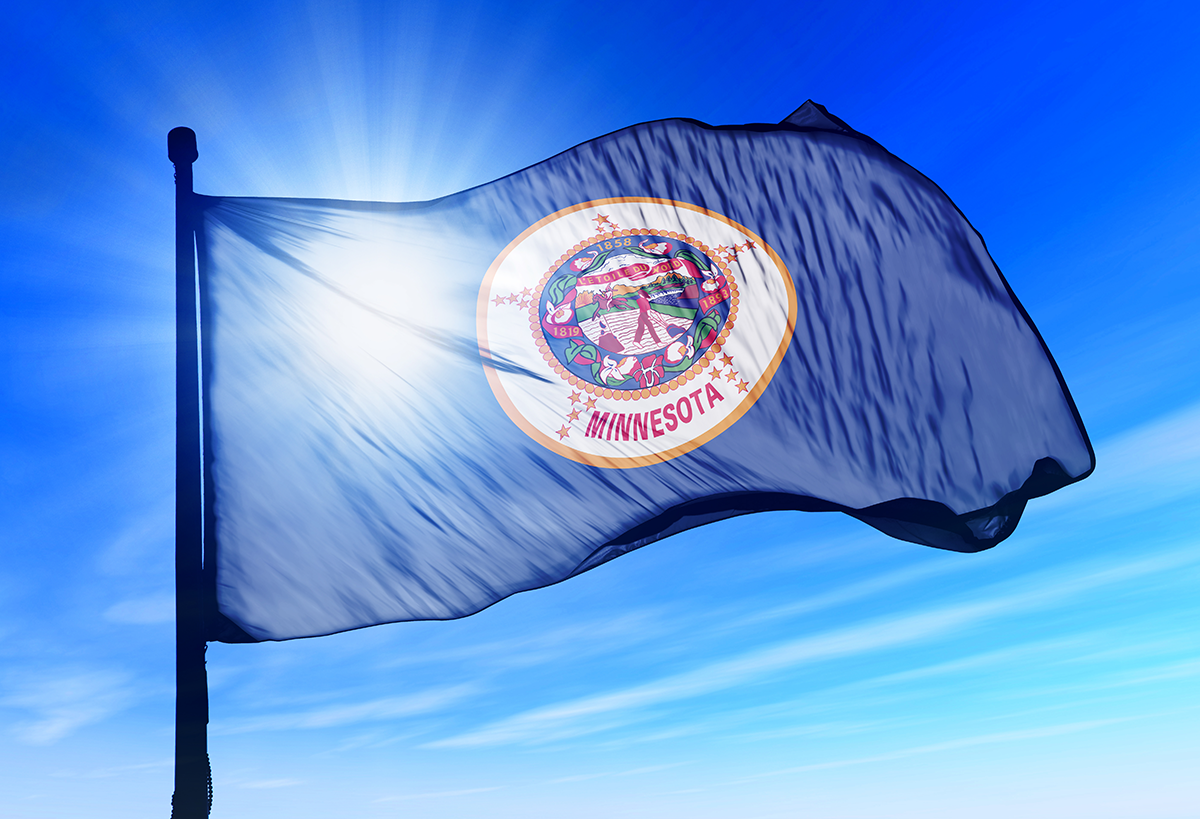 Take a look at Brownell’s BRN-180 Gen 2 series, their line of side charging uppers chambered in a variety of flavors, I mean calibers. In total, they have four different lengths chambered in either .300 Blackout or .223 Wylde (which means it will accept .223 Remington, 5.56mm NATO and of course .22LR as well). Most of us can’t afford machine guns from WWII or a SCAR, so to scratch the itch, side charging uppers for AR-15’s are a pretty good placeholder until we can afford some more crypto to fund our dream guns.

Are Side Charging Uppers Good?

Some might see the side charging upper handle as a gimmick. Maybe they are, but they’re undeniably fun to use! If you do decide to get that BRN-180, you’ll get to enjoy the adjustable gas system which comes with an ultra-reliable short stroke type piston operating system. This means you’ll also get to run a folding stock/brace instead of a full butt stock (since you won’t need a buffer tube) if that’s what you prefer. With the BRN-180 10” barrel .300 BLK upper and a folding stock you get one mean machine.

The best AR 15 charging handle for you is going to depend on what kind of rifle build you have. Whether it’s a clone of an older M4, a suppressed rifle, or just something that’s all around tactical - they’re are multiple options for you to choose from. Spoiler alert, our favorite brand for AR 15 charging handles is Radian. 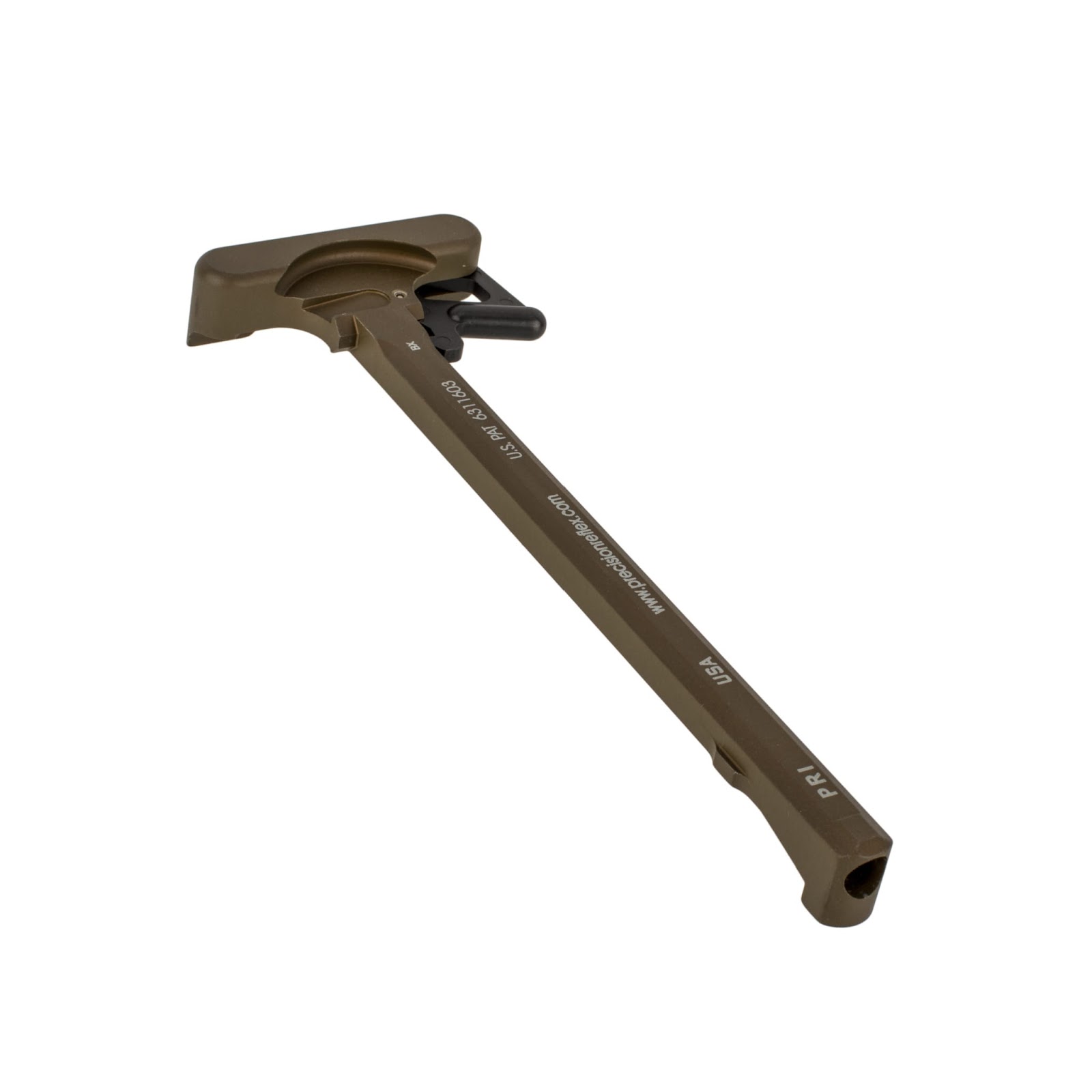 For those of you looking to make an M4A1 clone, the PRI M84 Gas Buster is a classic charging handle choice. The older model of the Gas Buster pairs well with the older M4A1 style (with handguard grips) — truly completing that next-gen look after the M16 was retired from the military. Sure, the mil-spec charging handle works too but if you might have noticed that the PRI M84 Gas Buster was also featured in Call of Duty Modern Warfare, if that’s any more motivating. 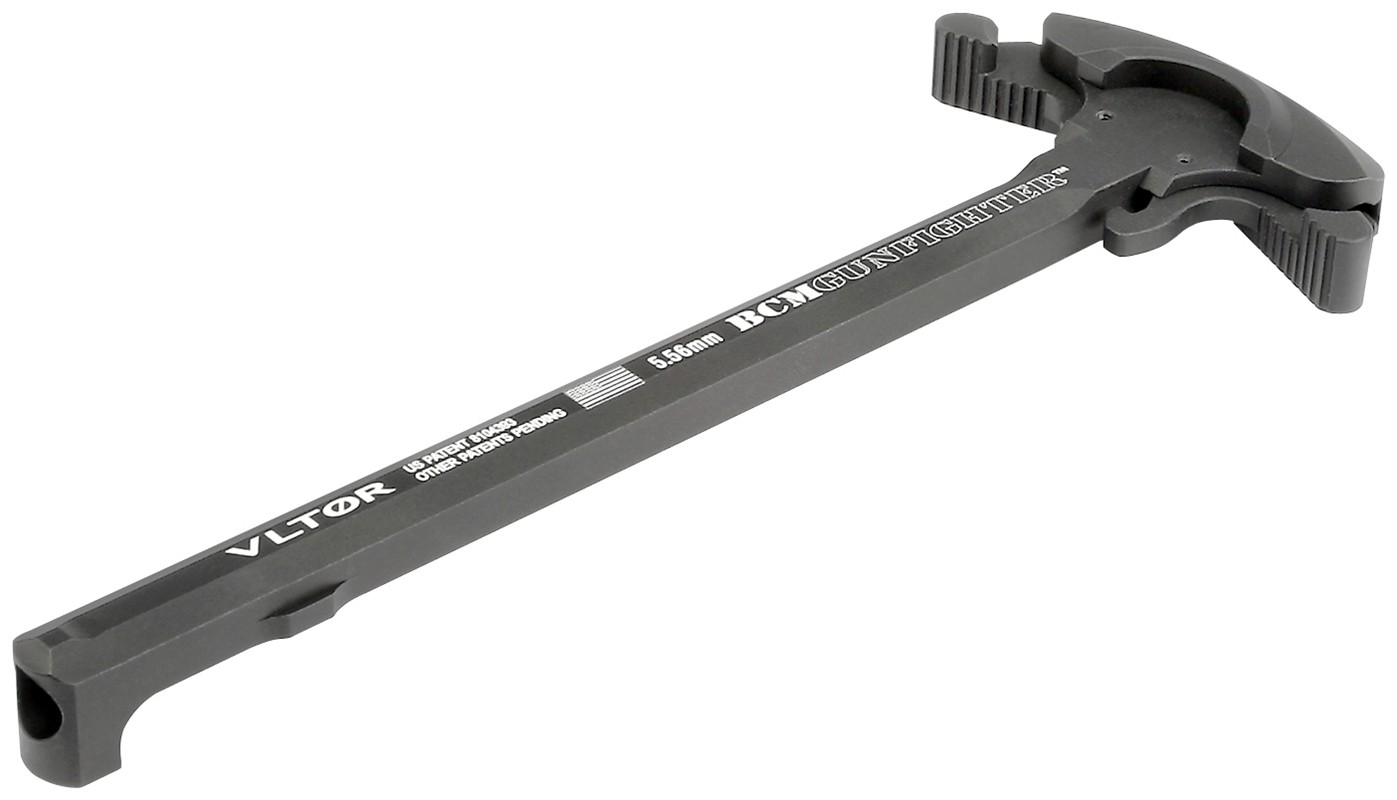 On the subject of older Ar15 charging handles with classic looks, the Mod A44 made by VLTOR and BCM is also suitable for M4A1 clones or style builds. BCM calls theirs the Gunfighter Mod A44 Ambidextrous Charging Handle. It’s a more updated look from the original Gas Buster and is a far more ergonomic charging handle as both the left and right levers have serrations for increased grip. Additionally, the updated design came with a “snag-free” profile allowing users to confidently manipulate their weapons without worrying it might get caught on an external object.

As far as AR 15 charging handle upgrades go, the Aero Precision Breach is the newest kid on the block. To be honest, at a quick glance it can be difficult for the layman to differentiate the Breach from the Geissele MCX Super or the Radian Raptor. At some point, everyone in the industry just starts to make the same product with varying designs, which is not uncommon, but that’s just how this charging handle makes us feel – nothing against it but it’s just another ambi charging handle.

However, what sets the Breach apart from the rest of the pack is that Aero Precision offers two distinct versions of them, the small lever and the large lever. The small lever is exactly what it sounds like, an ambi charging handle with smaller levers. These are perfect for those who don’t have a forward assist button to get in the way of racking back the BCG or if you just like the minimalist look. The large lever version helps to overcome forward assist buttons that may be in the way but would also make more sense if you’re doing more competition shooting — though, it’s nowhere near the size of those crazy open class style of charging handles. 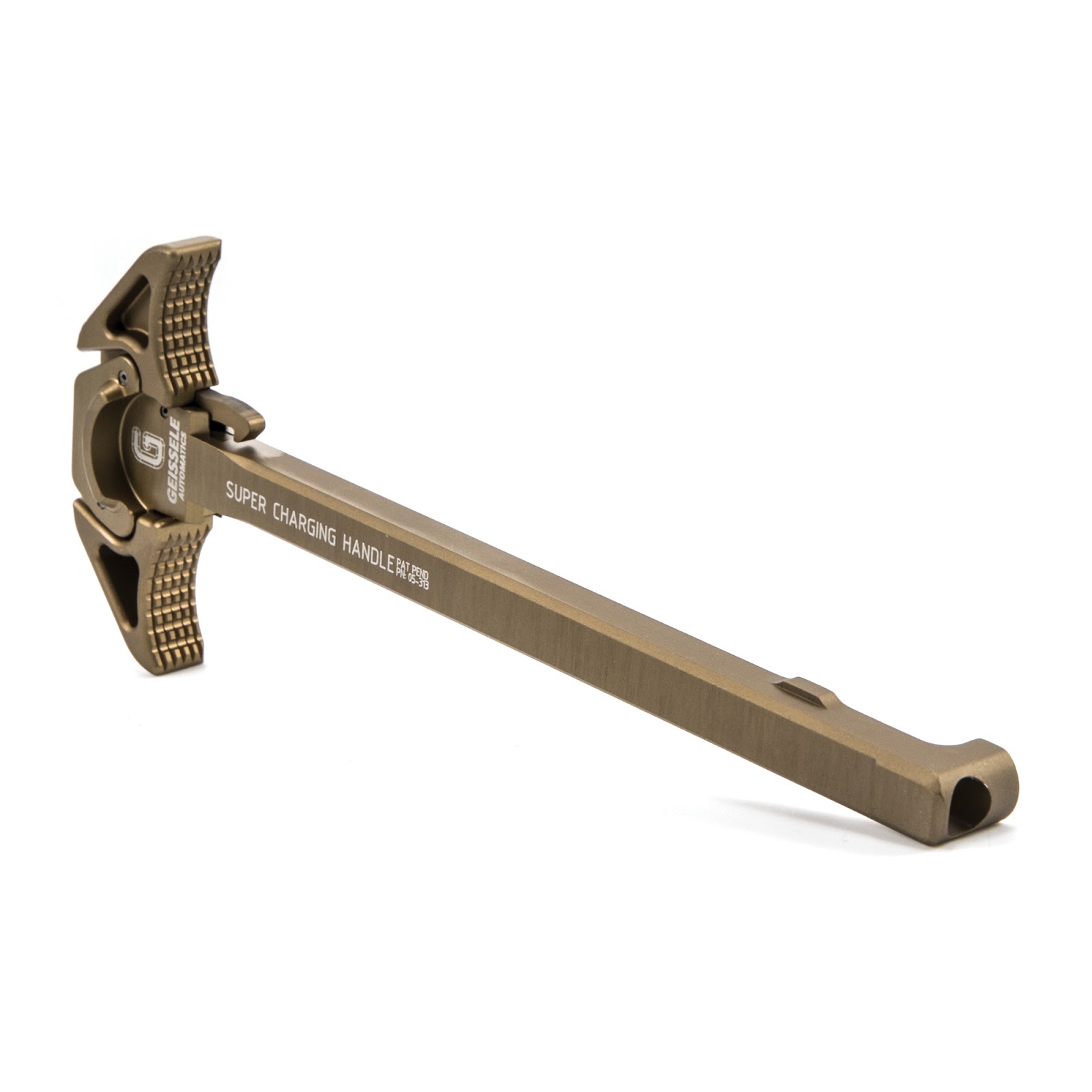 Geissele actually makes a surprising amount of charging handles for a wide variety of AR style rifles including models specifically for the Sig MCX, Sig MPX and even the HK417. In terms of more role specific products, the Geissele Airborne Charging Handle for AR15 rifles chambered in 5.56 is pretty cool. The Airborne was designed for soldiers who needed to reliably pull back on charging handles while wearing gloves. It was also designed to redirect some of the gas blow back when shooting to help those using short barreled rifles and suppressed weapon systems. Of the more common models that Geissele offers, the average shooter would most likely be comfortable with the Geissele Super Charging Handle (SCH) which comes in a very nice Desert Dirt Color or black finish. The SCH is compatible with not only AR15’s but HK416’s as well. 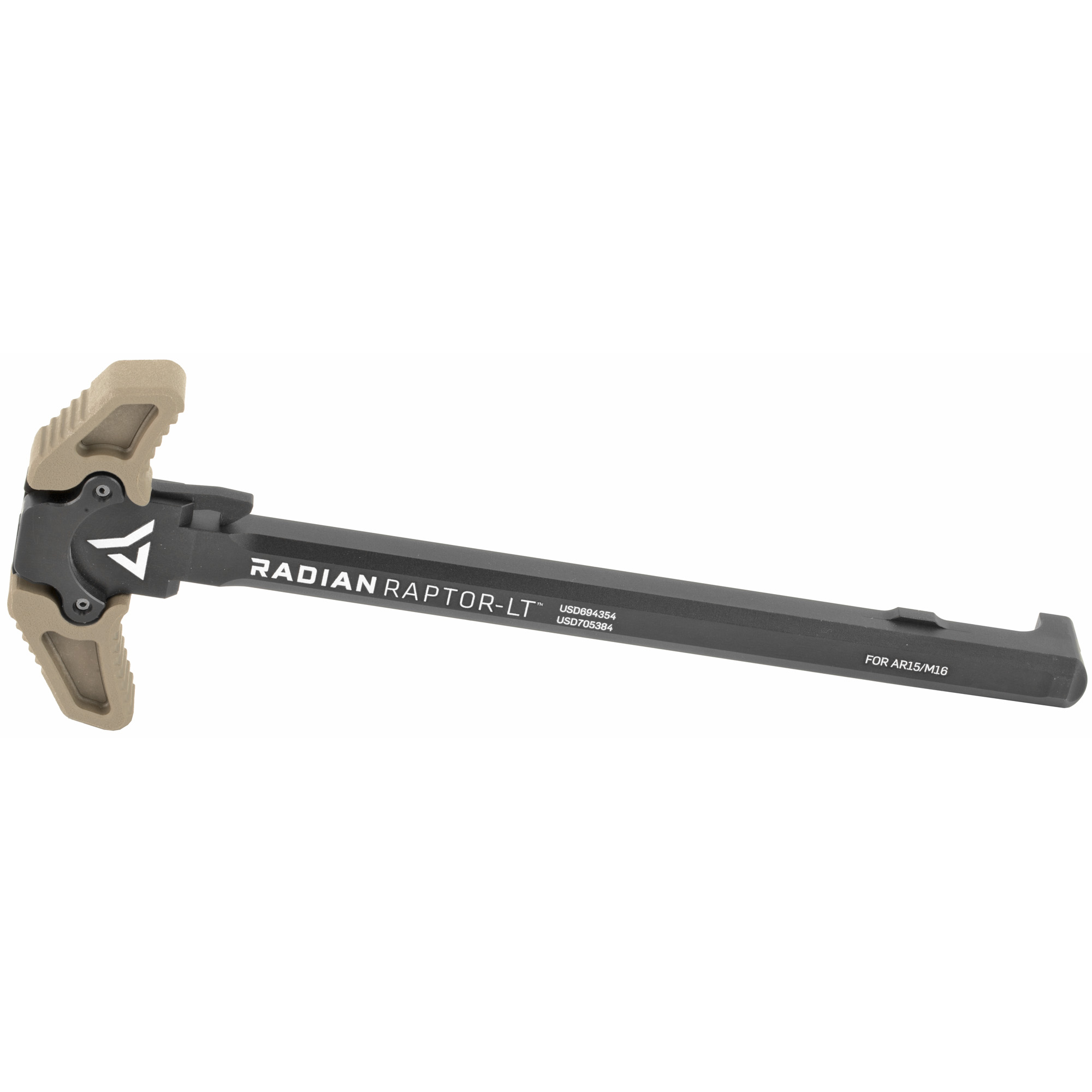 Last but not least is our favorite — The Radian Raptor. After trying all of the aforementioned AR15 charging handles, we’re probably still biased. We run the Raptor on basically every build we make and personally own. I, myself, have the original black ambidextrous charging handle and the FDE LT version as well. The original Raptor features a 7075 aluminum body for the charging handle and compared to the other aftermarket AR 15 charging handles on the market, it has the largest cut outs in the lever with serration on the back as well for your thumbs, making it a slightly lighter lever and just easier to aggressively pull back on.

As we get older, we all become sort of weight savings nerds so if that’s you you’ll also enjoy the Raptor-LT which still has an aluminum body but utilizes levers made out of polymer for one of the lightest and most effective charging handles currently on the market. Similar to Geissele, Radian Weapons offers just as many models, if not more for their Raptor charging handles which are more widely available and speaks for themselves with the demand and popularity of these products. In our opinion, the Raptor is the best AR 15 charging handle you can buy for a Benjamin or less.

Get your next charging handle from 80 Percent Arms!

When it comes to the gear we run, there is consistency with uniformity. That's why we love to run Radian Raptor charging handles in all of our AR-15 builds. The Raptor is ambidextrous, ergonomic and reliable to pull back every time from either side. Get your next few charging handles from 80% Arms for those builds you plan on completing soon!