Long gone are the days of yesteryear when you could mail-order you guns and wait for them to show up on your doorstep. And, if it was up to me, the average American consumer would be able to buy anything online - hand grenades, rocket launchers, tanks, fighter jets- you name it. Sadly though, it isn’t up to me and we can’t just order and ship guns to our doors; with a few exceptions. However, any gun older than 1898, a replica of an antique firearm, airsoft guns, curio and relic firearms, as well as 80% lowers are all 100% permissible to click, buy, and ship to your door at your very American leisure.

What Guns Do Not Require FFL?

When looking at why we need an FFL to purchase certain firearms, we need to look at two very influential acts of legislation:

The Gun Control Act of 1968— this act regulated interstate as well as foreign commerce in firearms, including importation, and licensing provisions.

The Brady Handgun Act of 1993--- Amending the Gun Control Act of 1968, the Brady Law imposed a waiting period of 5 days before a firearm can be transferred to an unlicensed individual. This law applies only in states without an acceptable alternate system of conducting background checks on handgun purchasers. However in 1998, this law was extended from handguns, to all firearms.

While these laws are in place, there are exceptions to these rules. 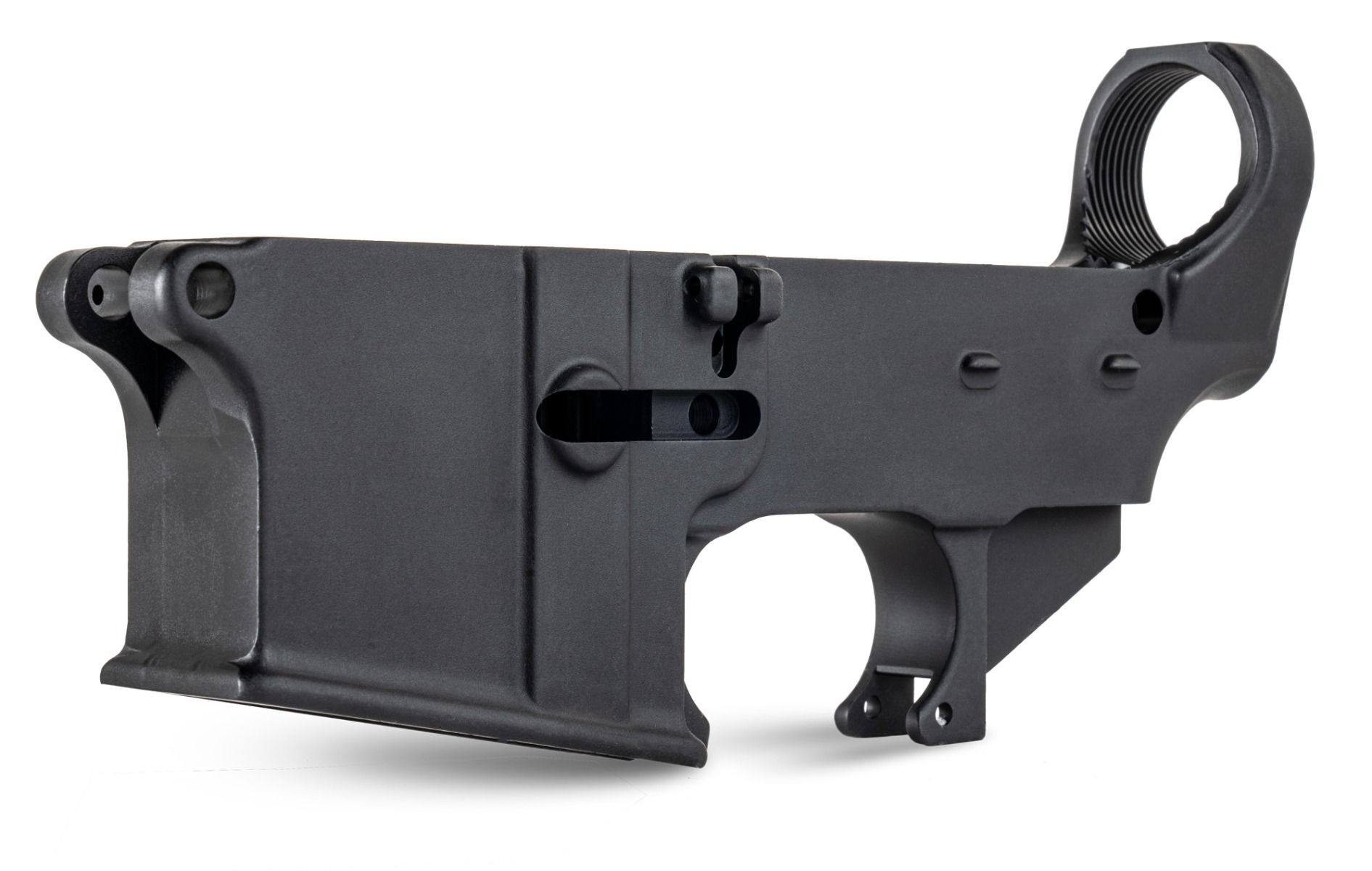 80% Lowers are the easiest way to get a modern "gun" shipped to your door.

An 80% lower is a lower receiver that isn’t operational without additional fabrication. Because a finished lower receiver is considered an actual firearm, the 80% lower bypasses the need for an FFL because it is shipped without being functional. 80% lowers are popular for numerous reasons. For one, with an 80% lower there is no background check or registration involved; saving you time and headaches. Also, when using an FFL to transfer firearms, there is generally a fee involved. Since you obviously don’t need an FFL for an 80% lower- congratulations you just saved yourself money! (a valuable selling point when telling the wife you bought more gun parts.) And again, 80% lowers are shipped right to your door, which is convenience that can’t be beat.

An original Winchester 1892 is a great example of a gun that wouldn't need an FFL. It's legally an antique.

Old guns are really cool for a lot of reasons, and aside from the historic value, beautiful patina, and intricate engraving-- you also don’t need an FFL to buy one! Any firearm manufactured prior to 1898 qualifies as an antique; as long as it also meets the following criteria:

Replicas of antique firearms follow closely to the rules of actual antiqued guns. As long as the replicas are not modified from their original replicated design, you do not need an FFL to transfer them to your ownership.

If you’re unsure about whether or not your replica has been modified or not, check out the following guideline:

As long as your replica meets the previous rules, ship that gun straight to your door with confidence!

A modern pellet rifle. It even has an integral suppressor, which is legal since it's not a firearm.

This kind of goes without saying, but Airsoft, BB, or even high powered pellet guns like the GAMO rifles, do not require an FFL. I remember shooting a Daisy BB gun for years before I was ever allowed to move to a “real gun”; so if you’re looking for a cheap, easy, and quick way to get your children acquainted with firearms: these are all 3 great options. Even for adults, pellet guns can still be fun. I can't shoot cans in my backyard with my AR15, but I sure can with my pellet gun.

A Curio & Relic license. Easily obtained, and makes you an FFL

Curio and Relic firearms are the last category of firearms that skate by the need for a traditional FFL. While similar to antique firearms, these vary a bit. And these do require an FFL, but it's one you can get very easily yourself, and many firearms collectors have one. The ATF defines Curio and Relic firearms as “those which are of special interest to collectors by reason of some quality other than is associated with firearms intended for sporting use or as offensive or defensive weapons.” Meaning that these guns occasionally aren’t functional, and have a lot of historic or aesthetic value to the customer. To get into further detail, according to article 478.11, C&R items must fall within one of the following:

In order to get your firearm listed as a C&R gun, you will need to submit the weapon to the ATF for a formal classification. If you'd like to see what this license will get you, you can view the entire list of firearms here.

So, after all this legal jargon and information I’ve thrown at you; you might be able to conclude that the only way to buy a modern firearm online without an FFL, is to buy an 80% lower. Luckily for you, 80% Arms has all the tools, materials, and high quality parts needed to get you going. Check out our full line of jigs, pistol and lower receivers, as well as aftermarket parts—all eligible to ship conveniently to your door without the need and hassle of an FFL.