With gun laws and regulations ever changing, it can be hard to remember when you’re in the right, but more importantly; when you’re in the wrong. One of the most common questions I get, is whether it is legal or not to bring an AR pistol brace up to your shoulder. This law has been changed and revised a couple times; so I am here to clear the air about this common question.

First and foremost, let’s discuss what an AR pistol actually is. An AR pistol is any AR platform with a barrel shorter than 16” and does not have a rifle stock on it. Those are two very important characteristics that you should remember when checking your state laws to see if an AR Pistol is legal. 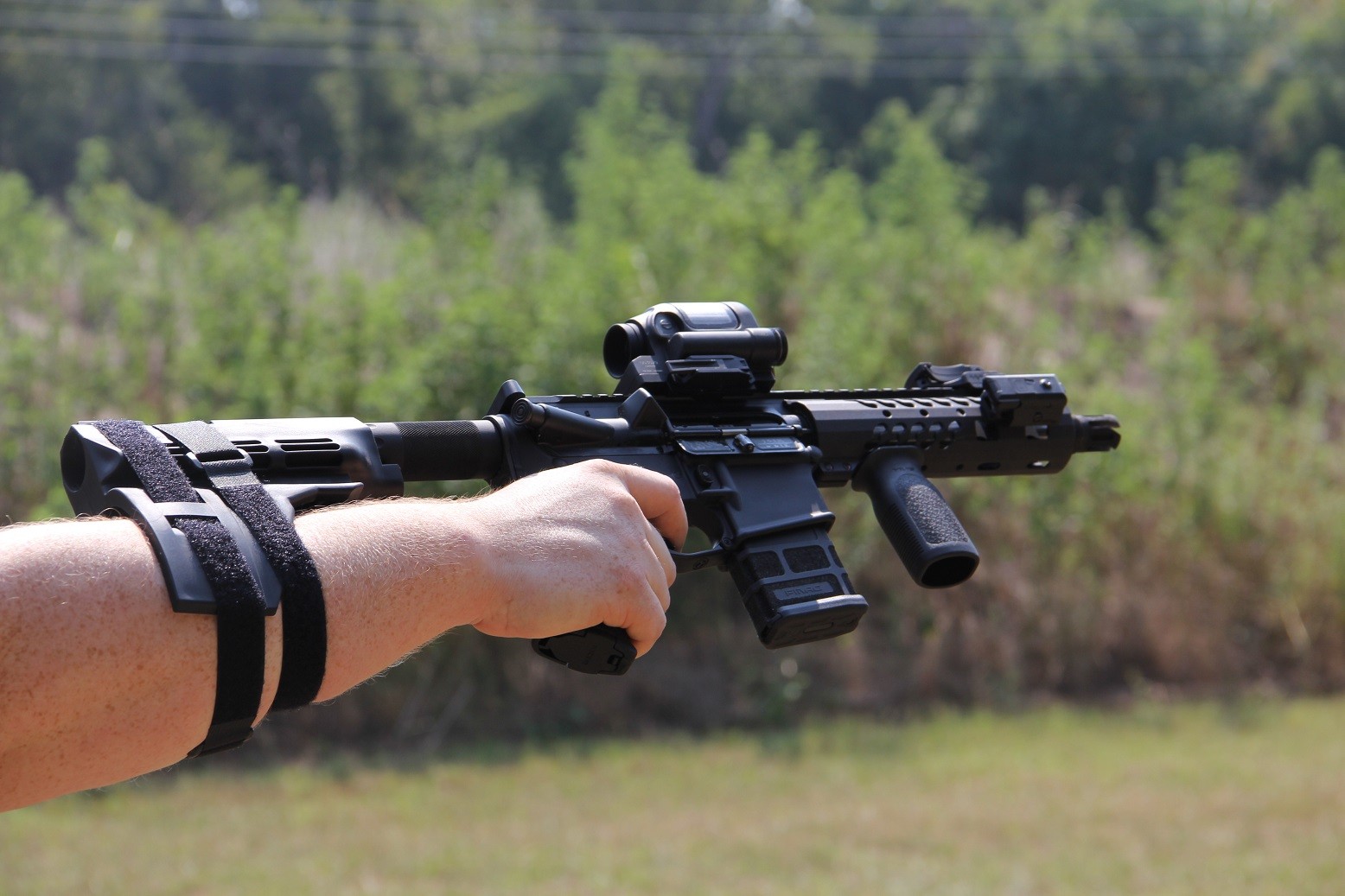 A brace being fired as intended to be used per it's design.

What is an AR Pistol Brace?

A pistol brace is a stability-improving device that will brace against the wrist or forearm to aid in improved accuracy and support when shooting the heavy AR Pistol. There are various styles and configurations of AR pistol braces, with some resembling traditional stocks, and others being just a padded buffer tube. The key component to these braces, is that they are NOT designed to be fired from the shoulder. That is the key distinction. If you have NOT filed a Form 1 and paid the tax stamp for an SBR, and your AR15 has a stock with a barrel under 16”, congratulations; you just committed a felony. 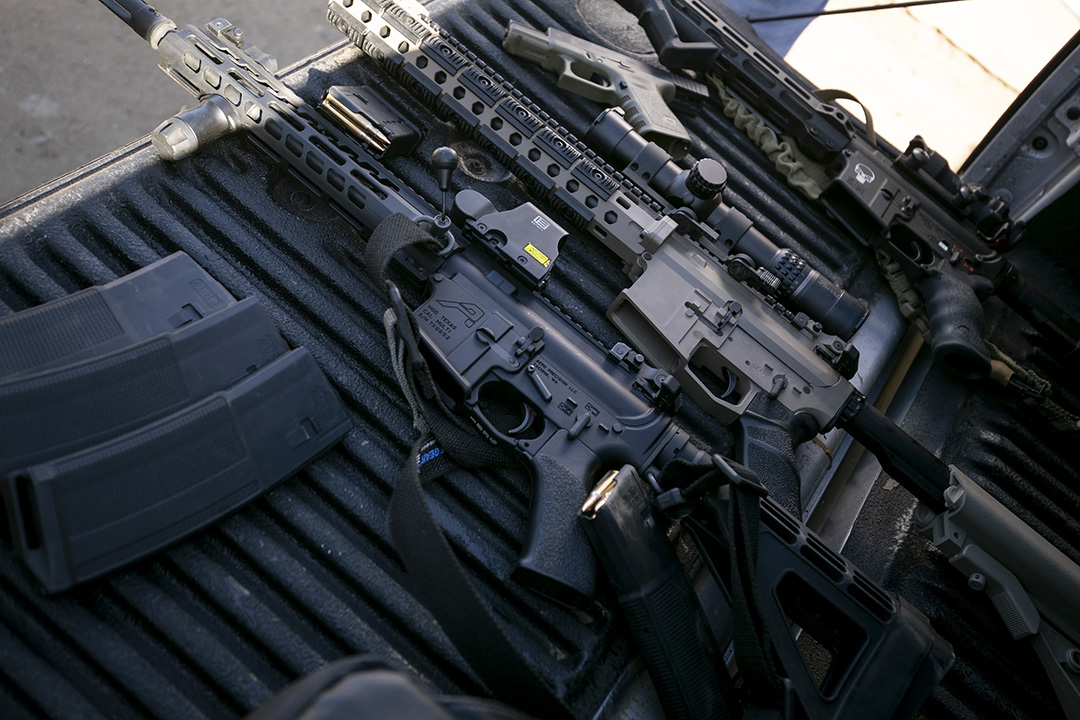 An AR15 pistol with an SB Tactical Brace next to an AR15 with a traditional stock.

Is it Legal to Shoulder a Pistol Brace?

In short? Yes. You can now put a pistol brace to your shoulder. Over the years the ATF has gone back and forth over what they want to allow, but AR pistols are allowed to be fired from the shoulder.

In 2014 when all the AR pistol jargon started to upset politicians, the ATF decided that even when firing from the shoulder, an AR pistol does not classify as an SBR. Ruling that that weapons are classified on their physical design characteristics and not usage/functionality.

After previously ruling that shouldering an AR pistol was perfectly fine without a Form 1; the ATF tried to calm the tempers of the anti-2nd Amendment politicians, and made it illegal to shoulder an AR pistol. Claiming that once shouldered the AR pistol became an SBR; anyone without a Form 1 and paid tax stamp could be indicted on serious federal charges for shouldering a pistol brace.

The ruling in 2015 thankfully didn’t stand long as the idea of re-classifying a weapon system based on how you hold it didn’t quite seem reasonable (much like the majority of other firearm restrictions…but I digress), and in 2019 the fine citizens of the U S of A were given a “final ruling” by the ATF. The ruling reads as follows:

“To the extent the January 2015 Open Letter implied or has been construed to hold that incidental, sporadic, or situational ‘use’ of an arm-brace (in its original approved configuration) equipped firearm from a firing position at or near the shoulder was sufficient to constitute a ‘redesign,’ such interpretations are incorrect and not consistent with ATF’s interpretation of the statute or the manner in which it has historically been enforced.” 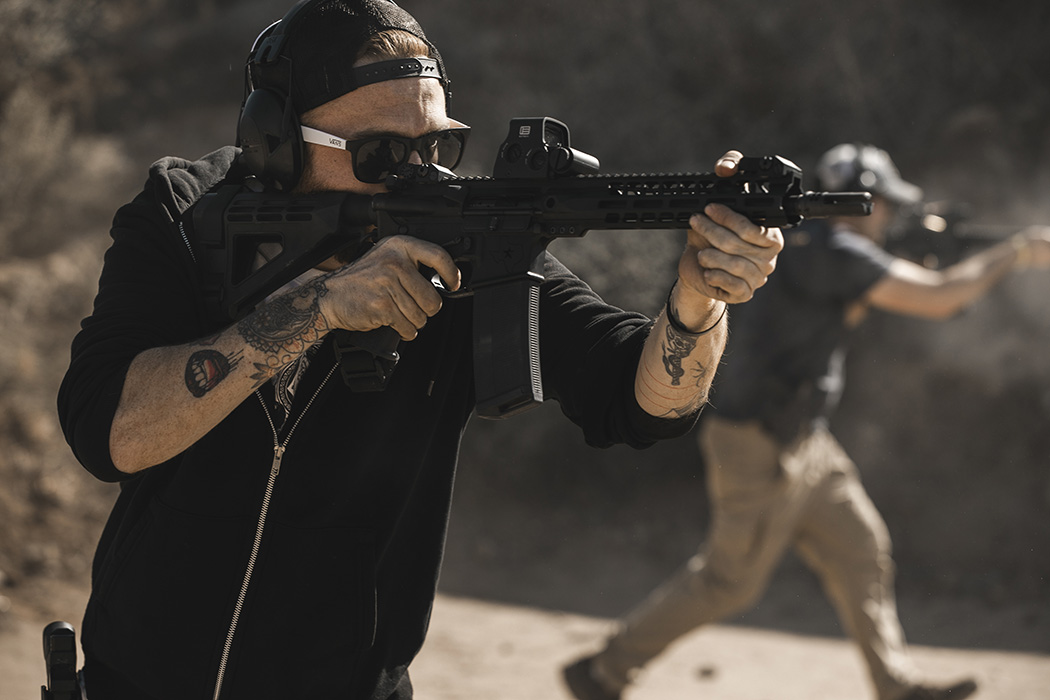 You can still run-and-gun just as effectively with a brace as with a stock.

So Can You Shoulder an AR Pistol?

What does this wishy-washy ruling mean exactly? Can you shoulder a pistol brace? In lay-mens terms: yes. As of 2019 you are allowed to shoot an AR pistol braced on the shoulder, and should continue to be able to do so for the foreseeable future. However, the ATF used terms like incidental, sporadic, and situational; meaning essentially that your use of your AR pistol is open to the ATF’s interpretation. So as some advice, don’t be drawing a lot of attention to yourself when shooting from the shoulder—just to be on the safe side.

Build Your Next AR Pistol with 80% Arms!

AR pistols are a ton of fun, and a great way to exercise your 2nd Amendment right! Regardless of what caliber you choose to configure your next pistol build in, shop our wide variety of uppers, lowers, braces, and stocks for your new AR Pistol!