**Disclaimer: To get started, we want to share a small disclaimer. We are dedicated and proud supporters of everything 2nd amendment, but we are not lawyers. So, before you take what you read here and run with it, you will want to double-check all of your local and California state gun laws. Make sure you are up to date on any special regulations that may apply to you and your situation. Gun laws are always changing and always do your part to stay up to date with the newest and current laws.

This information is provided as a service to the public. It is NOT intended to be taken as legal advice and should never be considered as such. Make sure to do your own research as you and you alone are responsible for your own actions.

This is a developing situation we intend to update regularly to stay accurate and current. If you see a discrepancy or a mistake, feel free to let us know so we can correct it. Thank you and stay safe!**

If you’re a California resident, listen up. The 80 percent market may be soon radically changing as we know it today. Currently, there’s a lot of misinformation and poorly ranked sources of information for when you Google search this topic (whether that’s by design we’ll leave that to up to you to decide) but this article is here for you to cut through all the incorrect noise and to properly inform our customers, fellow builders and 2A supporters to be your informative and most correct source of information regarding this topic.

Which bill is banning 80 Percents in CA?

The most commonly searched for bills resulting in online search engines include SB 118, AB 897 and AB 2382. Senate Bill 118 does not pertain to the topic of regulating firearms parts currently. A couple of online forums have incorrect information that may be confusing readers on which bill is truly talking about the regulation of 80 lowers.

To be fair, the CA state legislature does tend to reuse the same bill numbers year after year for different purposes and separate legislation so that doesn’t help and can easily confuse or mislead people searching for information online. Among the bills that people have been looking up recently in regards to the issue of 80 lowers getting banned in California include the following:

SB 118 - has been getting some attention but no version of SB 118 is actually talking about whether or not you can own, buy or possess an 80 lower. In the 2020-2021 session, the CA state legislature did reopen the registration window for assault weapons and touched on ‘any other weapons.’ In the 2021-2022 session, the same bill number is talking about education related budget policy - however, at one point a passed version of SB 118 did stipulate that a precursor part ban originally intended to be passed into effect no later than July 1, 2025 was to be pushed up sooner for enforcement beginning in 2022 instead.

AB 2382 - was an extremely concerning bill which proposed to make firearm precursor parts heavily regulated and difficult for the average person to buy with several hurdles that would have been put in place. Thankfully, Assembly Bill 2382 died in 2018.

AB 897 - is the bill that every Californian needs to pay attention to right now. It’s known as a ‘precursor part ban’ which would require all sales of firearm precursor parts to only be buyable from a licensed firearm precursor parts vendor, i.e. a gun store with the appropriate FFL license(s). This brings into question what would constitute a precursor part which had a lot of us worried if they were planning on including even small parts such as triggers or charging handles.

From what we can tell,  Assembly Bill 897 will not affect any parts and accessories. It only pertains to 80 lowers and 80 percent pistol frames as they are unfinished and unserialized products that can be built into complete (100%) firearms. That being said, our machine shop is working around the clock to meet the increasing demand of our 80 lowers before Newsom closes the door for us to legally ships these products to California residents. However, if you combine the effects of AB 897 and AB 1594 it would deal a huge blow to the 80 percent community and industry, not just our company.

Visit Our Showroom While You Still Can 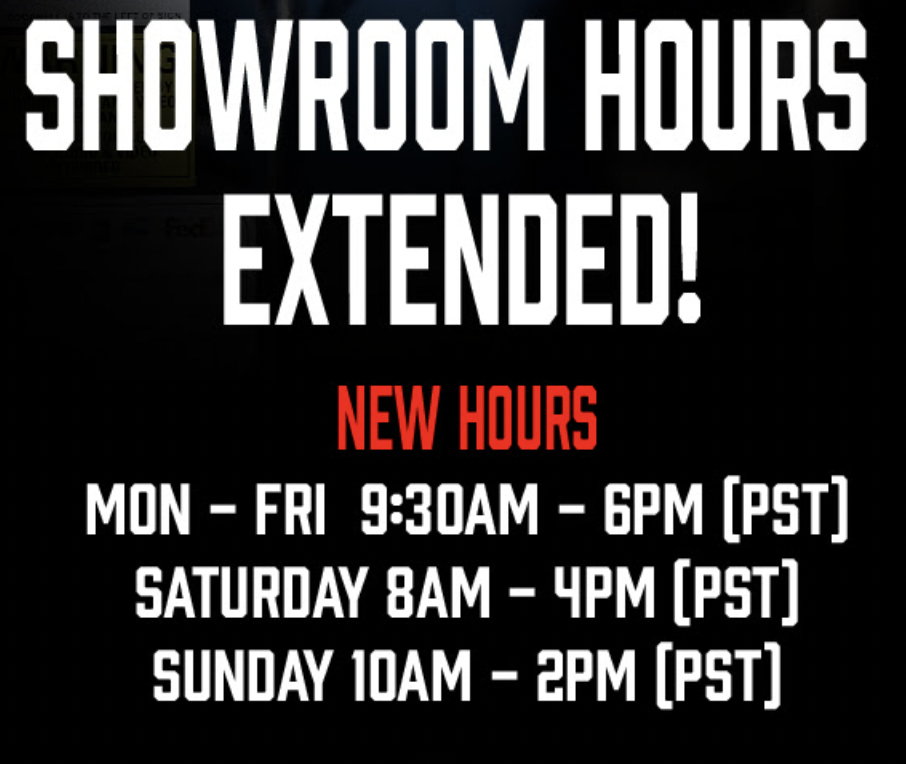 The CAL DOJ has already begun to remove "roster-approved" firearms from their list of legal handguns that civilians are allowed to purchase. Whether this is a temporary situation or if it's the beginning of Californian's losing their right to buy any handguns at all, for those that want to build their own handguns, the door may be soon closing on that as well.

Until July, our showroom hours have been extended for every single day of the week! We want to give customers a better chance to get in the door so this is your chance and sign to act now before the State of California takes away the opportunity for you to ever buy any 80 lower receivers or 80% pistol frames again. For further explanation of this situation check out  Armed Scholar's complete breakdown video on YouTube. Just to keep on your radar, these are all the gun control related bills that Gov. Newsom has recently signed.