Effective September 1, 2021, House Bill 1927 will be effective in the state of Texas making Constitutional Carry legal! As Texas is now poised to become the 20th state in the union to pass a constitutional carry bill, with Indiana and Tennessee lined up to be #21-22, we are looking at a majority of states having constitutional carry in under two years.

Why This Is Important

Constitutional carry laws are one of the most effective legal methods of fighting back against increasing gun control. As anti-gun proponents push for more gun control they aim to make buying, selling, owning and using firearms much more difficult for the average American citizen. Originally, we were hoping for the national reciprocity bill to get more traction as it just makes sense but it really wasn’t going anywhere. Constitutional carry legislation bypasses the need for federal legislation to protect the 2nd Amendment regarding how Americans can or can't go about their daily lives with their firearms. 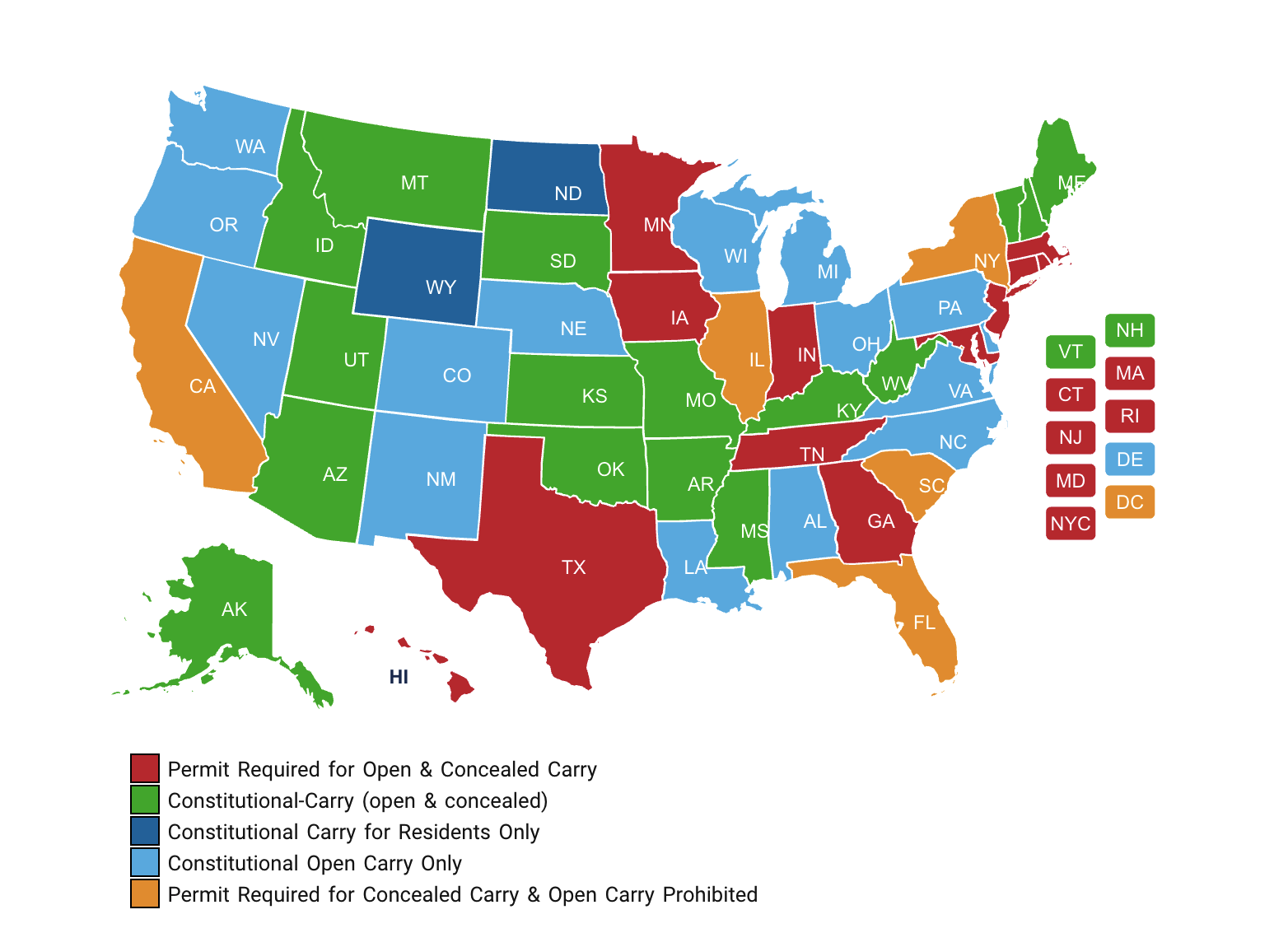 Some states have gone even further to secure their residents’ 2A rights by doing away with permits to purchase handguns and lowering the age of being able to purchase a handgun from 21 to 18.

It’s not being covered as widely in the media, but we’ve also seen an uptick in the number of 2A Sanctuaries across the country in several counties and states. Previously, states such as Alaska, Kansas, Idaho, Wyoming and Arizona have all passed legislation to prevent state officials from enforcing new, unconstitutional gun control laws that were made on the federal level. If 2A Sanctuaries follow a similar trend as Constitutional Carry has, that could be a lot of states where you could legally and freely carry the GST-9.

As of now, we’re still waiting to see how that conversation will finalize in Texas as it’s currently unfolding and could potentially go into effect on September 1, 2021 if HB 2622 is signed by Governor Greg Abbott.