First and foremost when taking an animal, the hunters’ primary concern after safety should be making it a humane and ethical shot. There is no ammunition that is going to work beyond the ability of you or your rifle, so you need to understand the limitations of both. That being said, there is ammunition specifically designed for hunting, and the following article will break down exactly what that entails.

Selecting the right caliber for your game of choice is half the battle. There are many versatile calibers that are capable of harvesting various sizes of game, so pick the one best suited for your needs. You wouldn’t (well…shouldn’t) hunt rabbits with a .300 Win Mag, just like you wouldn’t shoot an elk with a .17 HMR. Below is a chart that gives you a rough idea on what caliber pairs well with what animal: 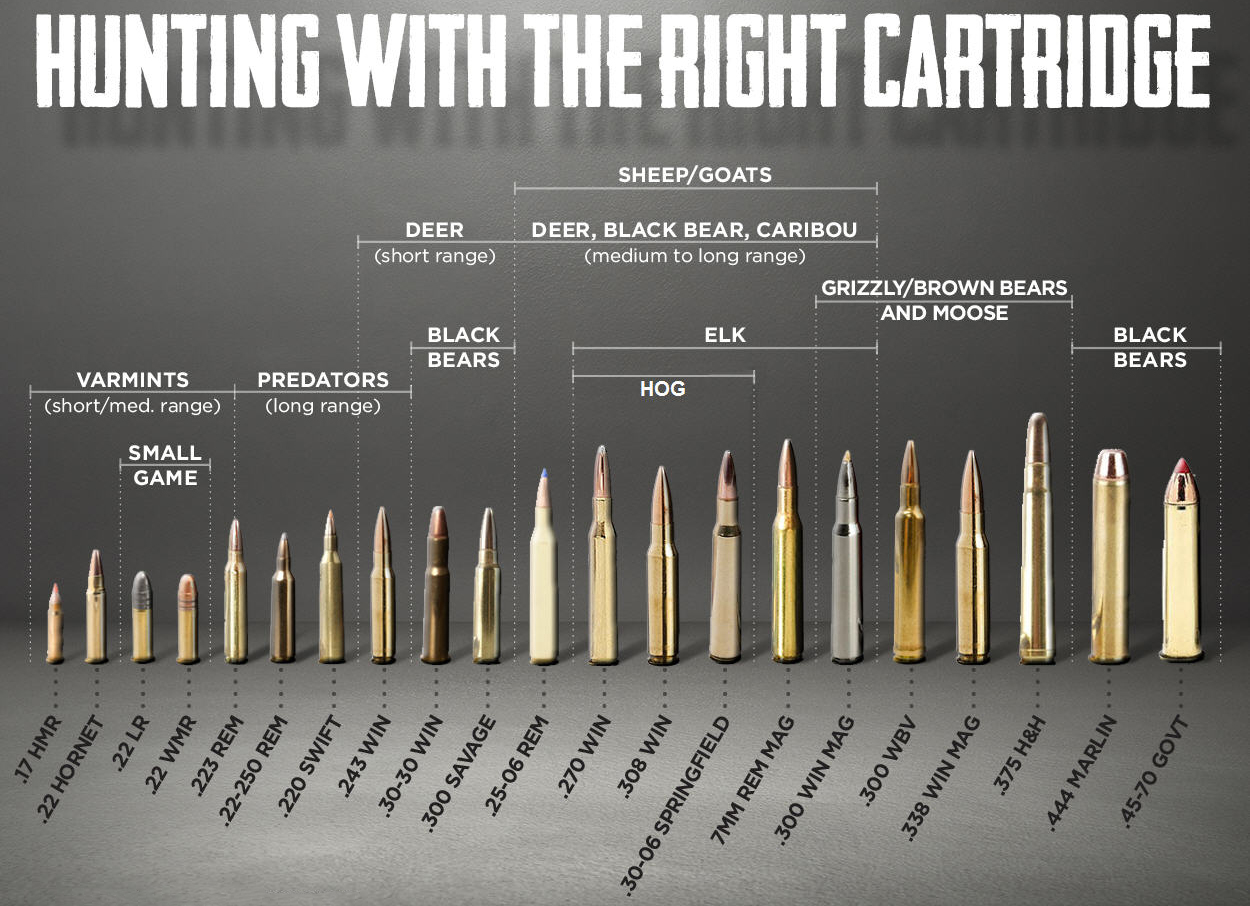 This is a good starting point, but by no means definitive. Make sure you are familiar with the terminal ballistics of your round at range before taking a shot.

Once you have narrowed down your caliber of choice, it’s time to actually pick out some hunting ammunition. The ideal hunting ammunition is accurate and dependable, easy to find, and provides good expansion at both low and high velocity.

Federal Fusion is always a safe choice. It is a tested and proven hunting ammunition for all calibers.

Accuracy is an obvious importance to your hunting round. Once sighted in, there should be no concern about where you can place the bullet. Many hunting encounters happen on split second decisions, and confidence in your bullets impact is one less variable to take out of the equation. On that same topic, your ammo needs to be dependable. This means no soft primer strikes, no loading/ejecting malfunctions, and consistent expansion. While a missed shot or poor bullet expansion might cost you a trophy white tail, the consequences might be far worse if you were hunting grizzly bears.

Using a round that is easily available might not seem that important when picking a hunting bullet, but, just wait until you’re at the hunting destination and realize you forgot to pack ammo. It happens much more than you’d think and happens to me way more than it should. Now you have to sight in all over again, as well as trust a round you’ve never fired. Being able to run to a local sporting goods store and find what you need and trust is a nice luxury to have, and there are plenty of great hunting rounds available at common stores. And if you're shooting a bunch of rounds to sight in your rifle with a new load at the hunt site, what are the chances you really see anything at the upcoming hunt? 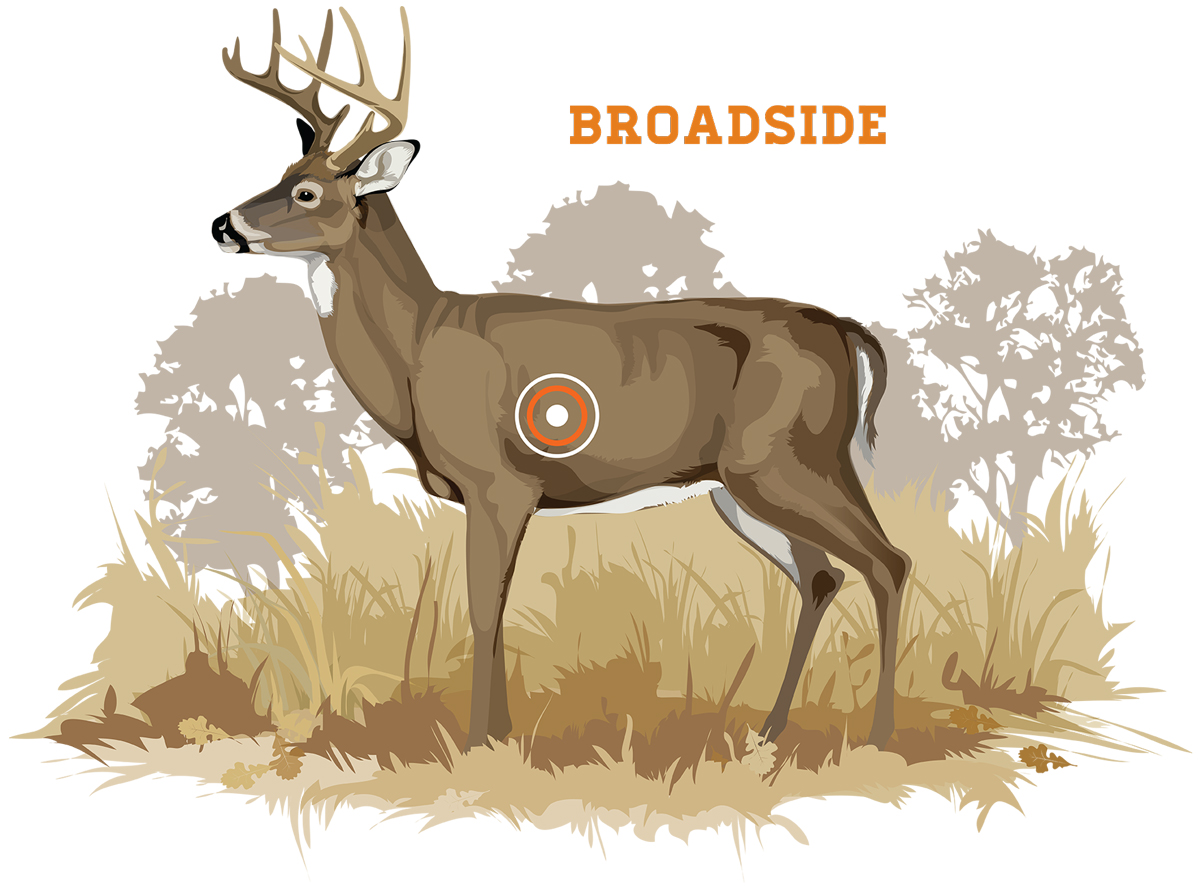 A good shot can destroy both lungs and the heart. This prevents the animal from suffering, and saves you from a long walk.

Shot placement as well as good, reliable bullet expansion is absolutely critical to providing a clean and humane kill shot on your target. Achieving good expansion is usually accomplished by either a soft-pointed, or a ballistic tipped bullet. These options let the bullet open up on impact to create bigger surface area, which in turn creates more cavity devastation inside the animal. Though ‘cavity devastation’ sounds pretty brutal; this causes a quicker death for the animal. A quicker death translates to less pain for the animal, as well as less tracking needing to be done by you. 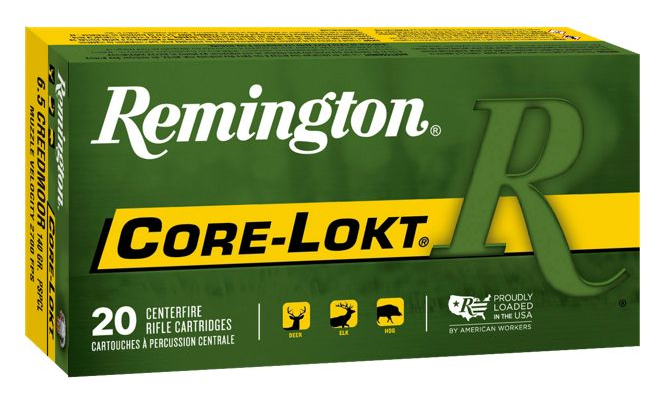 Remington Core-Lokt is one of the most widely available and affordable hunting rounds, with great terminal performance.

As a fairly seasoned hunter myself; when gun hunting I tend to trust my shots to either Remington Core-Lokt, or Hornady Interlock. Both rounds are inherently accurate, easily found at most all sporting goods stores, and offer fantastic expansion via soft point and ballistic tip; respectively. See what your rifle prefers as far as ammunition, what your state or area tends to stock, and get after it this season! It’s almost rifle season down here in Texas, and my 30-30 is itching to get out there.