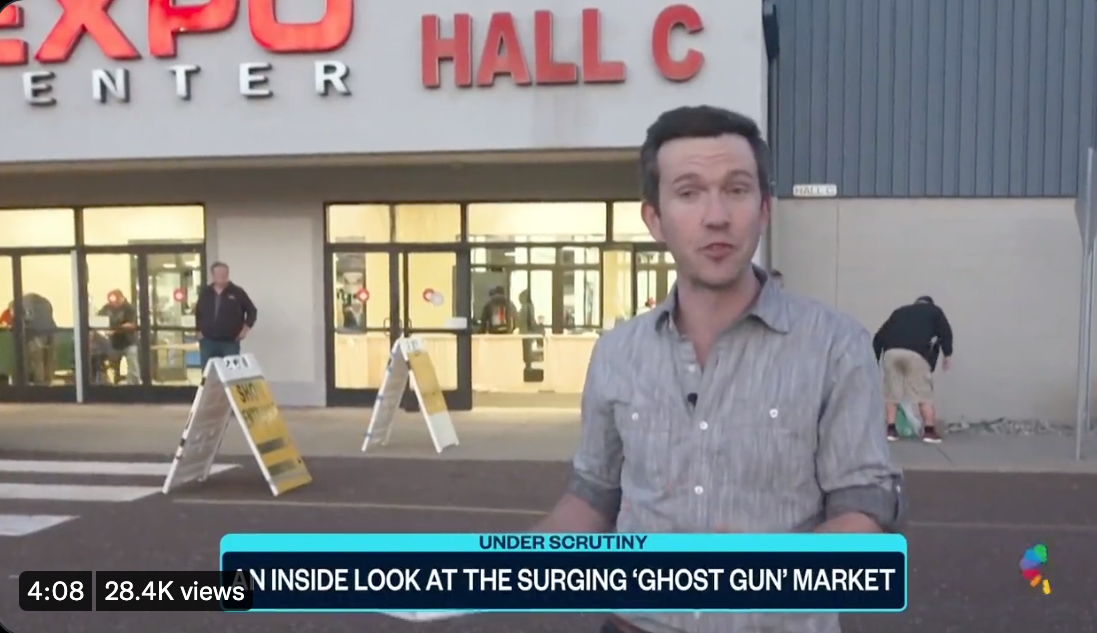 Recently, our friends at JSD Supply were targeted by NBC News and the Pennsylvania Attorney General's Office in an amateur hit job to sensationalize Americans building their guns at home, a longtime tradition and past-time. Here's a quick breakdown of what happened:

2. Hillyard ambushed Jordan Vinroe, CEO of JSD Supply, and got a 13 minute interview out of it. However, their presented portion of the interview in  NBC's hit piece was cut down to mere seconds.

3. Hillyard took the two P80 kits to the Pennsylvania AG office and asked them to be completed for them.

So what were the problems here? Well, Hillyard and the Pennsylvania AG's office broke federal, state and local laws regarding "ghost guns." Based on the ATF's own new standards, the P80 "Build, Buy, Shoot" Kits are considered as 'readily convertible' firearms which were illegally transferred to Pennsylvania AG's employees. Anyone remember the P80 raid last year? Those AG employees then went on to complete the two kits for parties other than themselves which is also illegal.

Some fun background information — Last year, JSD Supply was banned from the Eagle Shows due to mounting external pressure. Jordan Vinroe, JSD Supply's CEO, bought Eagle Shows and not only let sellers of unfinished firearm parts back in, he also started holding classes to teach people how to complete their purchases into fully functioning firearms.

Never mind that the mainstream media is now showing everyone how to complete 80 percent pistol frames on primetime television, this is content that's heavily restricted as we've been seeing countless videos continually get taken down off of YouTube. Likewise, the average resident in Pennsylvania would have the book thrown at them if caught committing the same "crimes" mentioned above. It's fine when NBC does it though? Gun Owners of America is demanding  an investigation into PA Attorney General Josh Shapiro's office as no AG employees, even if they are 'Special Agents' are exempt from the law. The remaining question is will they be held accountable? 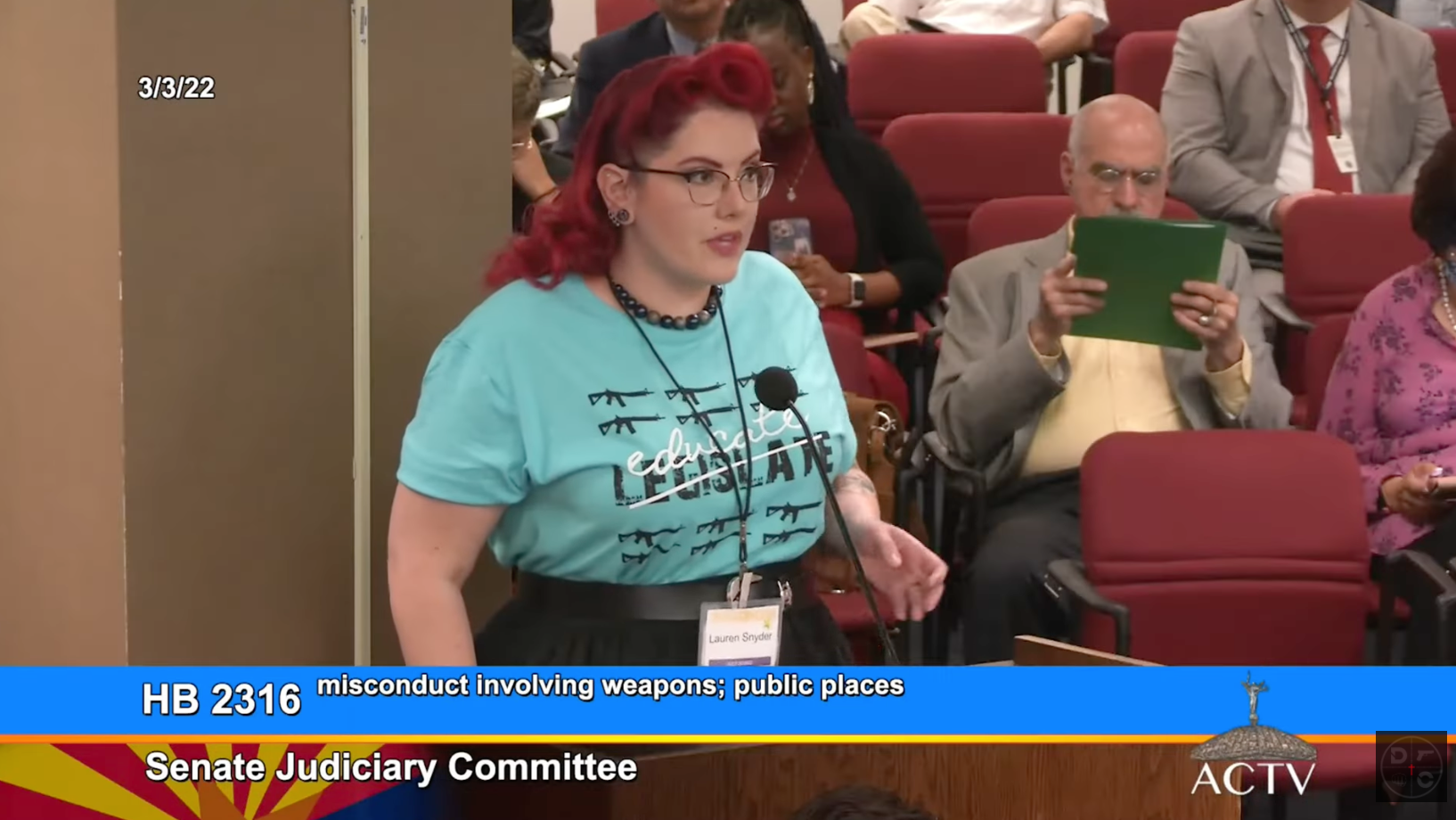 This week, Assistant Minority Leader and AZ state Senator Lupe Contreras (D) got himself in hot water with his constituents and the press when he told an activist speaking on behalf of the DC Project, Lauren Snyder, with Ehlers-Danlos Syndrome (a rare connective tissue disorder that physically handicaps a person) that essentially, anyone who goes about their life worrying about their own safety should just stay home behind closed doors. Additionally, in regards to the right to concealed carry, Contreras continued on by saying, “I do understand that it is a right that we have, but some people just don’t have that right; some people just shouldn’t have the right. And with that I vote no." 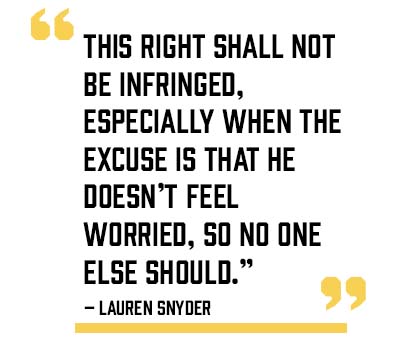 This public hearing was held in the Arizona State Senate Judiciary Committee on  HB 2316 which if passed, would allow people to concealed carry in public buildings. In response, Snyder put out a statement of her own online, since she was only allotted one minute to speak at the hearing, that refuted Contreras’ condescending verbiage:

“How could he not be talking about me? He was talking about every person who carries a firearm to protect themselves, which of course, included me. This also includes marginalized groups and minorities such as those in the LGTBQ+ community, people of color and disabled people who have every right to defend themselves. This right shall not be infringed, especially when the excuse is that he does not feel worried, so no one else should.”

Couldn’t have said it better ourselves. Snyder’s physical disabilities have previously left her vulnerable and victim to sexual assault, random assault and domestic abuse. See Senator Contreras’ bigoted comments here for yourself.

States Are Shoring Up Their Legal Defenses w/ 2A Protection Laws

In some lighter news, Arizona has a bill that is discouraging banks and financial institutions to discriminate against the firearm industry. House bill 2473 specifically prohibits public entities from entering contracts worth $100k or more with businesses UNLESS they certify that they in fact do not discriminate against firearm businesses. This is a huge productive step in pro-2A legislation as we’ve been talking about the fear of getting targeted by financial institutions since 2021. We’ll be following this bill and its development. If it’s successful in getting passed, hopefully more states follow suit as banks should be evaluating businesses in the gun industry like any other business and should be considered based on financial risk or opportunity instead of ideology.

More and more states are shoring up their protection of the Second Amendment with legal defenses by passing new laws and it’s heartening to say the least. We first noticed this trend when Texas Gov. Greg Abbott signed a sleuth of pro-2A bills at once in June of 2021 (7 to be exact). Wyoming just passed a GOA-backed SAPA (Second Amendment Protection Act) law similar to Missouri’s which now makes it illegal to enforce unconstitutional federal gun control laws. South Dakota’s governor also just signed not one, not two but three pro-gun bills that strengthened their Stand Your Ground Law, updated the definition of what is legally considered “a loaded gun,” and reduced the cost of South Dakota CCW permits to $0. These bills go into effect this summer on July 1, 2022. 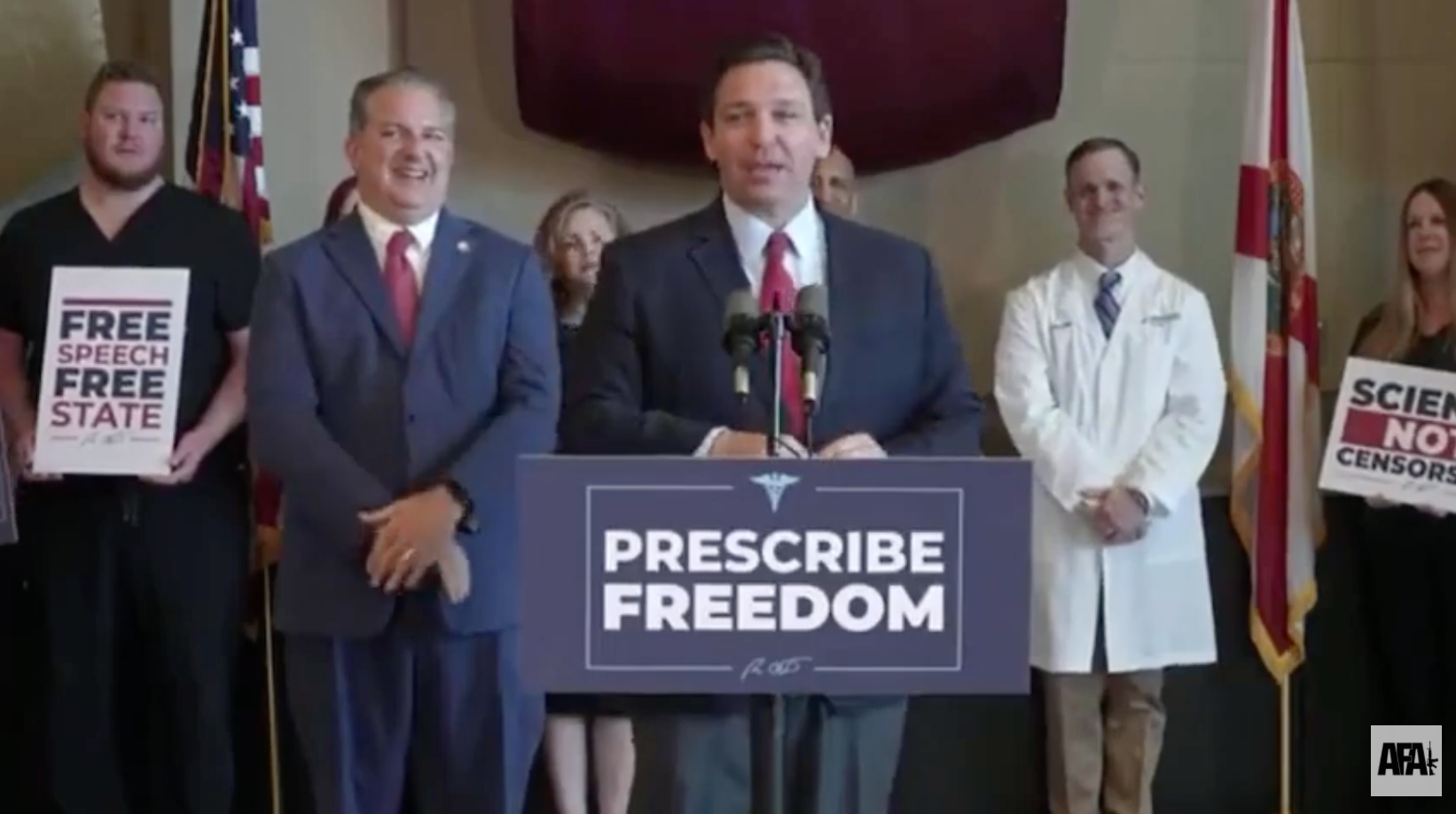 Now that we officially have 24 states with constitutional carry legislation recently passing into law for the state of Indiana, we look to the next state that will help get us to the half-way point and previously we thought it might have been Florida. Unfortunately, Republicans dropped the ball and let the bill die for the third year in the row.

It looks like Floridians need to hold their Republican representatives accountable for not communicating and working together more because constitutional carry was not the only bill that was killed during this session. The bill that would have repealed the ban on the sale of ammunition and firearms during declared states of emergency was also killed. For unclear reasons, Republican leadership in the state House and Senate refused to move these bills forward. If you live in Florida and support the 2nd Amendment, write to your elected officials and demand an answer for their failure to pass critical pro-gun rights legislation.