A weekend of shootings - the world we live in today 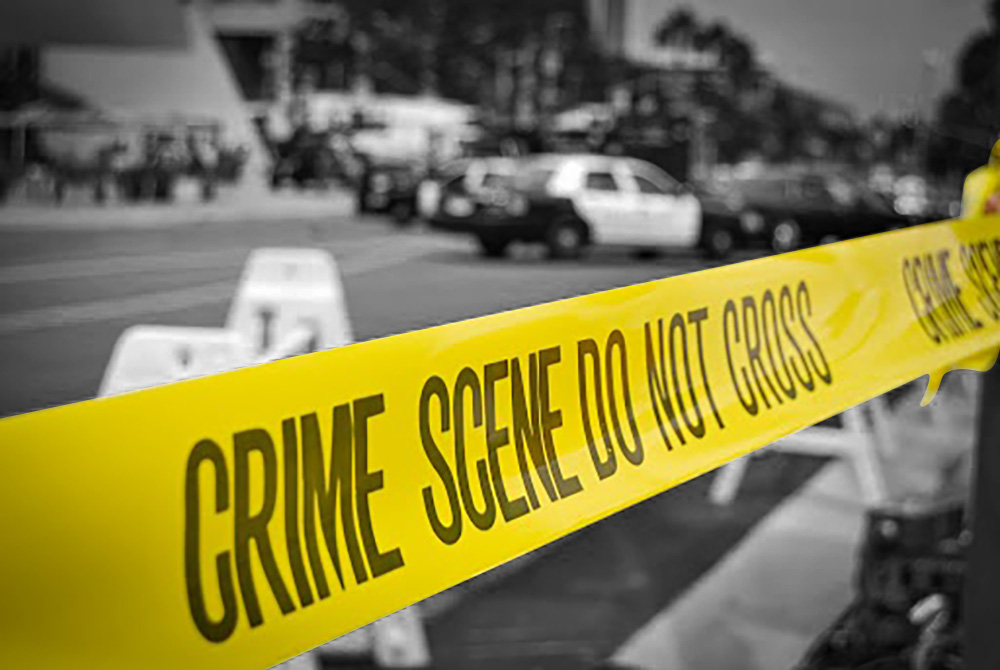 It’s been a rough week. There seemed to be a non-stop slew of shootings this past weekend starting with the Buffalo shooting in New York last Saturday. If you haven’t heard of this already, that’s honestly pretty hard to believe unless you don’t own a smartphone or actively avoid the news. What happened was a white 18 year old male went into a grocery store in a predominantly African American neighborhood and started shooting at “random” people. The shooter even live streamed the shooting via Twitch for a good amount of time before it was taken down by the platform. In the footage, the shooter can be seen targeting mostly black people and apologizing to a white person as he spared him, continuing on with the violent attack.

The shooter was active on common gun-related subreddit pages and apparently invited a small group of people to a private server on Discord, a chat application, to review his writings, photos of his weapons and gear that he carried out the attack with. Some of this content had also been previously shared to Reddit which included clear, premeditated plans for the shooting that closely played out the way the shooter envisioned them. In the aftermath, this event has been deemed a hate crime and mass shooting which left 10 people dead and three wounded. Of the 13 people that were shot, 11 were black.

One of the maybe-not-so-conspiracy theories that re-emerged following the Buffalo shooting was that the FBI potentially groomed this shooter to carry out the attack in Buffalo. The reason for this was the shooter’s supposed “manifesto” which was a 180 page documenting some racist rhetoric for sure such as “the great replacement theory.” However, much of the document really just talked about basic firearm parts almost in a product review style which comes off like an easy “gimme” for the Feds and anti-gunner politicians to be able to say that this is why we need to regulate and restrict these parts or products. Well if you think that’s simply not possible, our government isn’t capable of such a thing then that begs the question… has this happened before? See the case of a supposed bomb threat averted in Oklahoma in 2017, the conviction and decide for yourself.

Then, less than 24 hours later, a Taiwanese Presbyterian Church was attacked by a Mainland Chinese gunman not far from our main office which resulted in one death and five wounded people. Many of us here at 80 Percent Arms are church-going folk, and some of us are of Taiwanese descent. So this hit close to home. Authorities say that the shooter was motivated by his hatred for Taiwan; which comes at an ominous time given how the Biden Administration is handling the China/Taiwan situation. If it wasn’t for the heroic actions of a doctor who charged the shooter, the congregation members would not have had time to disarm him by throwing a chair and hog tying him down with an extension cord until police arrived. Unfortunately, Dr. John Cheng was shot and killed at the scene but his actions prevented the deaths of many more. That day, the church was hosting a luncheon event with mostly elderly attendees. 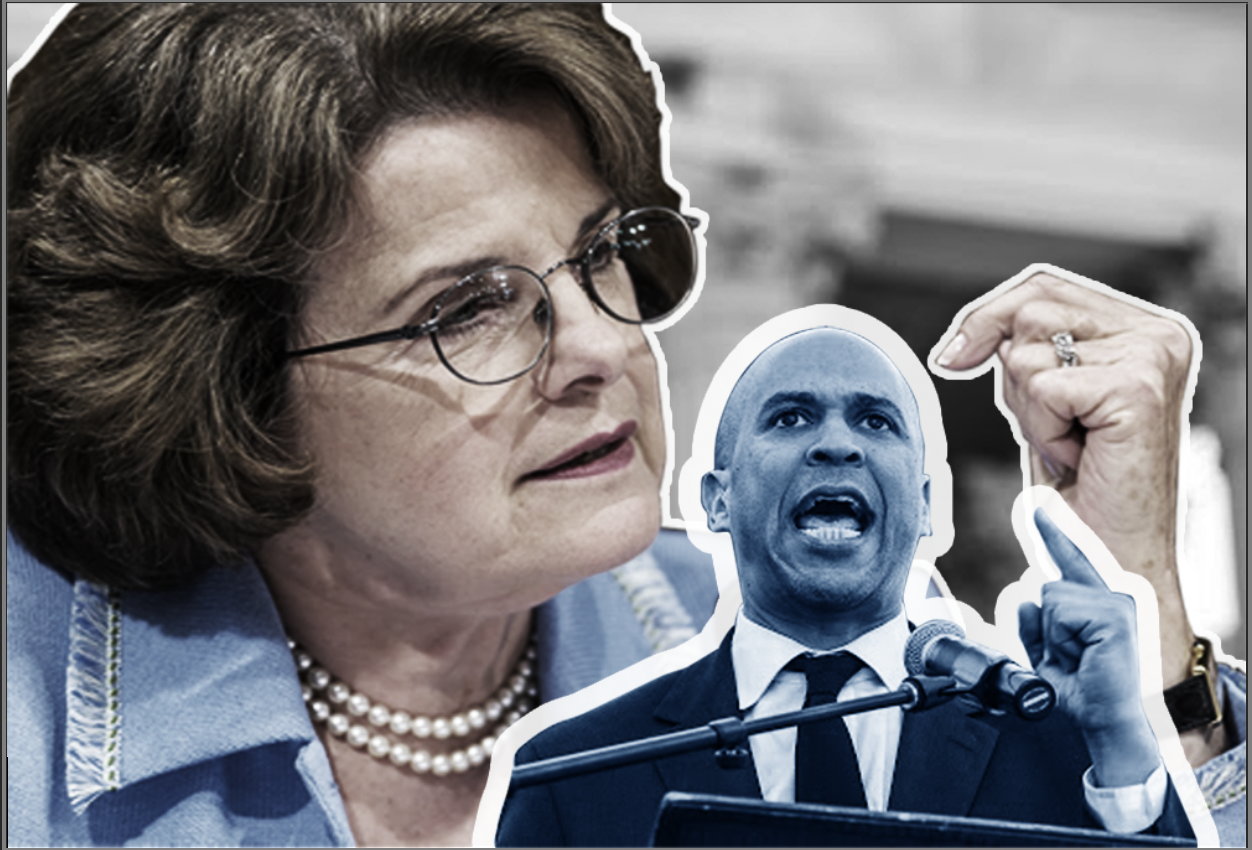 Senator Cory Booker (D-NJ) introduced new legislation that if passed into law, would end the 2nd Amendment as we know it today. He’s calling it the Federal Firearm Licensing Act. The proposed legislation would:

Is Booker a fan of Mexico’s gun control? Because that’s how it works down there. Under this plan, the politically connected and government officials would be the only ones granted these “licenses” and everyone else would be SOL. So say you’ve already bought a decent amount of guns, you could be deemed “a threat” for having owned too many. Boom. License revoked. Or, if you’ve recently purchased a large amount of ammunition (maybe you train or compete a lot) you could be denied a license on those grounds alone. Is this policy a response to the Buffalo shooting in New York or did Booker just have this in his pocket waiting for the right moment to introduce it on Capitol Hill? Hmm, hard to say (insert eye rolling emoji).

To make matters worse, Senator Dianne Feinstein (D-CA) has introduced her own set of new gun control legislation as well and it would ban all people under the age of 21 from purchasing semi-automatic rifles and standard-capacity magazines. So it’s ok to ship off our 18-20 year old soldiers to die in war but not ok for them to have the ability to defend themselves or their families at home? Make no mistake. The disgusting act of shootings at Buffalo, NY or Laguna Woods, CA will only be used as fuel for more unconstitutional gun control measures to be proposed if not put in place. Booker’s bill already has cosponsors too, so watch out for that. Do not let people use these tragedies to prop themselves up for their own political agendas and careers.

This story is from multiple states but it’s definitely a good start to see that there are places in the country finally moving to change legislation in allowing workers to carry while at work. Namely, county employees and teachers in schools. With regard to government employees not being able to carry at work, it’s certainly been an effort for some years now to restore the rights of government employees to bear arms. Last month, the Newton County Quorum Court in Arkansas voted unanimously to remove restrictions for their county employees to be able to concealed carry if they had a permit.

Typically, there are a lot of armed personnel in a courtroom between police officers, security guards and the bailiff but courthouses are not immune to shootings because they aren’t as rare as one might think. Some counties in several states like Kentucky, Florida, Kansas, North Carolina, Michigan and Texas have begun to restore the right for public employees to be armed at work. Which is great. After all, we’re firm believers of “an armed society is a polite one.” But what about schools? It can be a touchy subject as these are our kids, the future generation of our country. It’s been a conversation that’s been talked about and tabled for years, but it looks like we might be seeing the beginning of a new trend where teachers are allowed to carry in schools. Yet more often than not, school shooters are kids, students themselves, as well that stole their parents’ or other family member’s gun to make the biggest mistake of their lives with. Whether they had permission to carry or not, some teachers have also been made fun of for leaving their loaded guns in school bathrooms which were discovered by students.

So how can we be sure this is the right move? For the Grand Saline Independent School District in Texas, they’re implementing a “Guardian Plan” in which teachers can anonymously apply to be a part of the program which involves a screening and training with the Texas Department of Public Safety. “Guardians” are required to complete 40 hours of training initially and will be required to do additional hours of training continuously. We assume that some of this training goes towards obtaining a License to Carry as well. “No one knows which teachers or staff members are armed - and that’s intentional” says Superintendent Micah Lewis. Not every school will be so lucky like where an Oregon high school coach that disarmed a student as he exited a bathroom with his shotgun which is why many believe that there is the need for some educators to be armed today.

Biden Renews the Push for an Assault Weapons Ban

Amidst all this news, especially after the Buffalo shooting, Biden is publicly renewing his push for an assault weapons ban. No surprise there. With the Senate currently being split straight down the middle having 50 senators on each side of the aisle, gun control bills of any kind will be difficult to pass with the threat of a filibuster still in place (thank goodness). According to Beacon Policy Advisors analyst, Andrew Lokay, it’s more likely that Biden gets Steve Dettelbach through the nomination as permanent ATF Director which would be a big win for him.

Despite Biden’s broken record playing of “We’ve done it before” in reference to the 10-year federal ban on assault weapons ban of 1994. To arm you with more knowledge the next time a naysayer is in your face you can tell them these three reasons for why an assault weapons ban is ineffective: