San Francisco to pay people to not shoot others

The city of San Francisco is launching a pilot ‘Cash for Criminals’ program that incentivizes “high risk” individuals to not shoot other people by paying them $300 per month to not be involved in gun-related crimes. What could possibly go wrong? This program is being financed by The Dream Keeper Fellowship which has decided they will select 10 individuals to be incentivized with this idea.

These 10 participants will supposedly be paired with life coaches from a Street Violence Intervention Program and even be eligible to receive an additional $200 per month if they get a job, go to school or work to mediate in potentially violent situations. Imagine being financially rewarded for doing what every other respectable person is doing in their daily life...

Why do the anti-gun grabbing politicians like to just throw money at all of society’s problems? Under California’s Gov. Newsom, the state is also working to become the first to start paying drug addicts a few hundred dollars to stay sober. It’s hard to believe that some violent criminals and those who need extensive health care or rehabilitation will simply solve all their issues with just a few hundred bucks.

Texas now officially a 2A Sanctuary

Effective September 1, 2021, Texas became the most recent state to become a 2A Sanctuary. In a House Bill (1927) signed by Gov. Greg Abbot, Texas repealed pre-existing gun regulations such as the need for a permit to openly carry guns in public which also allows people to concealed carry a handgun without training or the CCW license. This is also known as ‘Constitutional Carry,’ a popular and growing movement in the country as the legal battle for gun control has been steadily intensifying since Biden took office this January. Today, close to half the country has already passed Constitutional Carry or 2A Sanctuary type legislation that barrs law enforcement agencies from enforcing what the state deems as unconstitutional gun control regulations from the federal government.

If you need some counter points to explain to your friends why this is a good thing you can tell them that this removes part of the financial barrier for those who may need a firearm to protect themselves — Even more so, if the situation is time sensitive. Or you can ask them where a person is going to find the time and money to take a CCW class, complete the application and be approved by the state to defend themselves with a viable weapon such as a gun?

Furthermore, this legislation makes it easier for law abiding citizens to not get into trouble while concealed carrying just for crossing state lines as each state has different policies on reciprocating or honoring another state’s CCW permit or license. Under HB 957, Texas is also now allowing for suppressors manufactured in Texas to be purchased by residents without the need for a NFA tax stamp or registration of the item to the ATF. 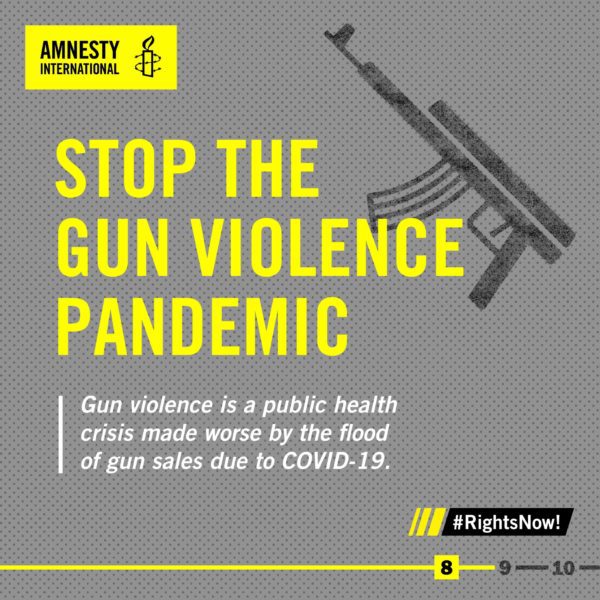 For anti-gunners, they think the best way to persuade Americans to give up their guns is by convincing them we are less safe with guns. What’s more, the Director of the Centers for Disease Control (CDC) Rochelle Walensky is calling for increased studies of gun-related issues. In the not so distant past during the previous administration, the gun industry has come together with Congress before to actually pass true firearm safety laws such as the FIX NICS Act. This act improved the background check system which would ultimately better and increasingly alert the FBI for any disqualifying background checks.

However, instead of working with the gun industry, Walensky’s direction with this is to put out old school propaganda to continue propagating the anti-gun agenda by framing the issue of gun violence as a public health crisis. It’s important to understand what’s really being said here: regardless of what political party you align yourself with, the party that wants your guns is saying that the very act of having guns turns law abiding citizens into ‘criminals-in-waiting.’ The National Shooting Sports Foundation (NSSF) has publicly stated that the firearm industry trade association is ready to come to the table if the CDC is serious but so far, nothing but crickets.