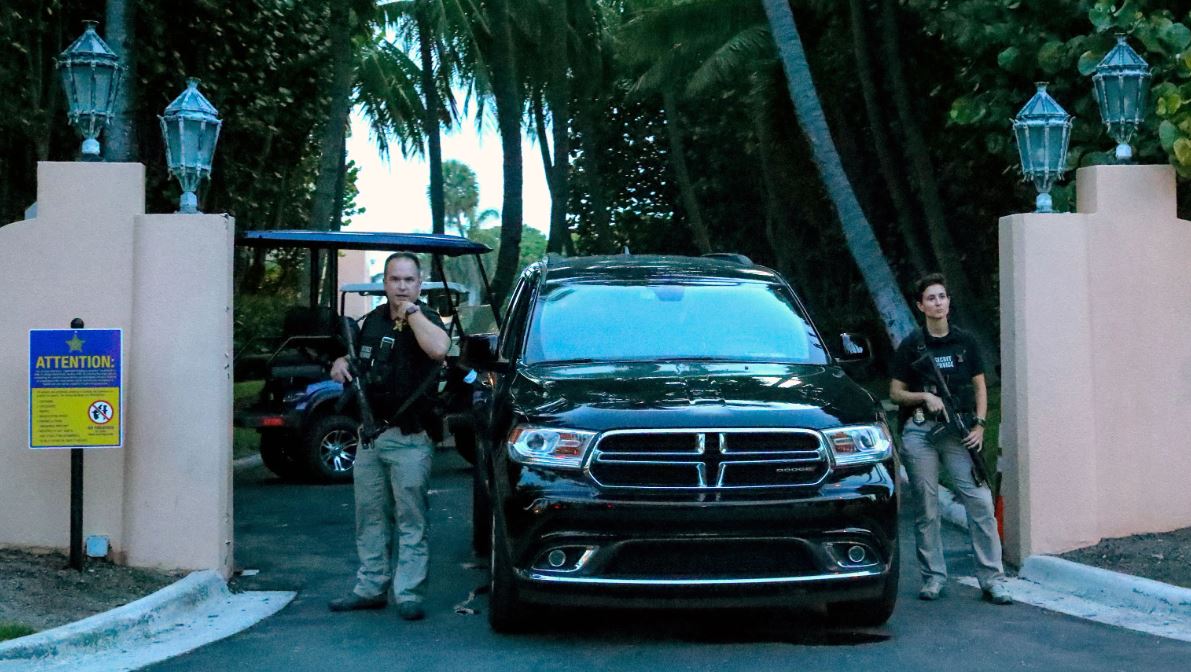 This week, the FBI carried out a raid at former President Trump’s home at the Mar-a-Lago resort in Palm Beach, Florida. Trump had tweeted that “the unannounced raid was unnecessary and inappropriate.” While us 2A advocates have grown somewhat accustomed to having our civil liberties and rights be abused or disregarded… This news was troubling all the same as members of Congress made it clear that other options were clearly available.

An automatic response most people had to this was probably something along the lines of “if they could do this to someone with Secret Service protection, what’s stopping them from doing it to me?” It’s a fair point. Whether you’re liberal leaning or not, the anti-gunner establishment and mass media enjoys making our side of the aisle seem like we’re crazy by stating that the Biden Administration has effectively been weaponizing the Department of Justice against Americans - and all for what; political brownie points (the answer is yes)?

Let’s look at the facts and some viral memes. Recently, the government has released its plans to expand the IRS by 87,000 additional agents. Even before that the IRS spent $700,000 on ammunition for these incoming agents. Why is no one in Congress challenging this expenditure and this dangerous precedent? At first, most assumed that this act was to reduce the public supply for commercial and civilian consumption but that’s clearly not the case anymore. 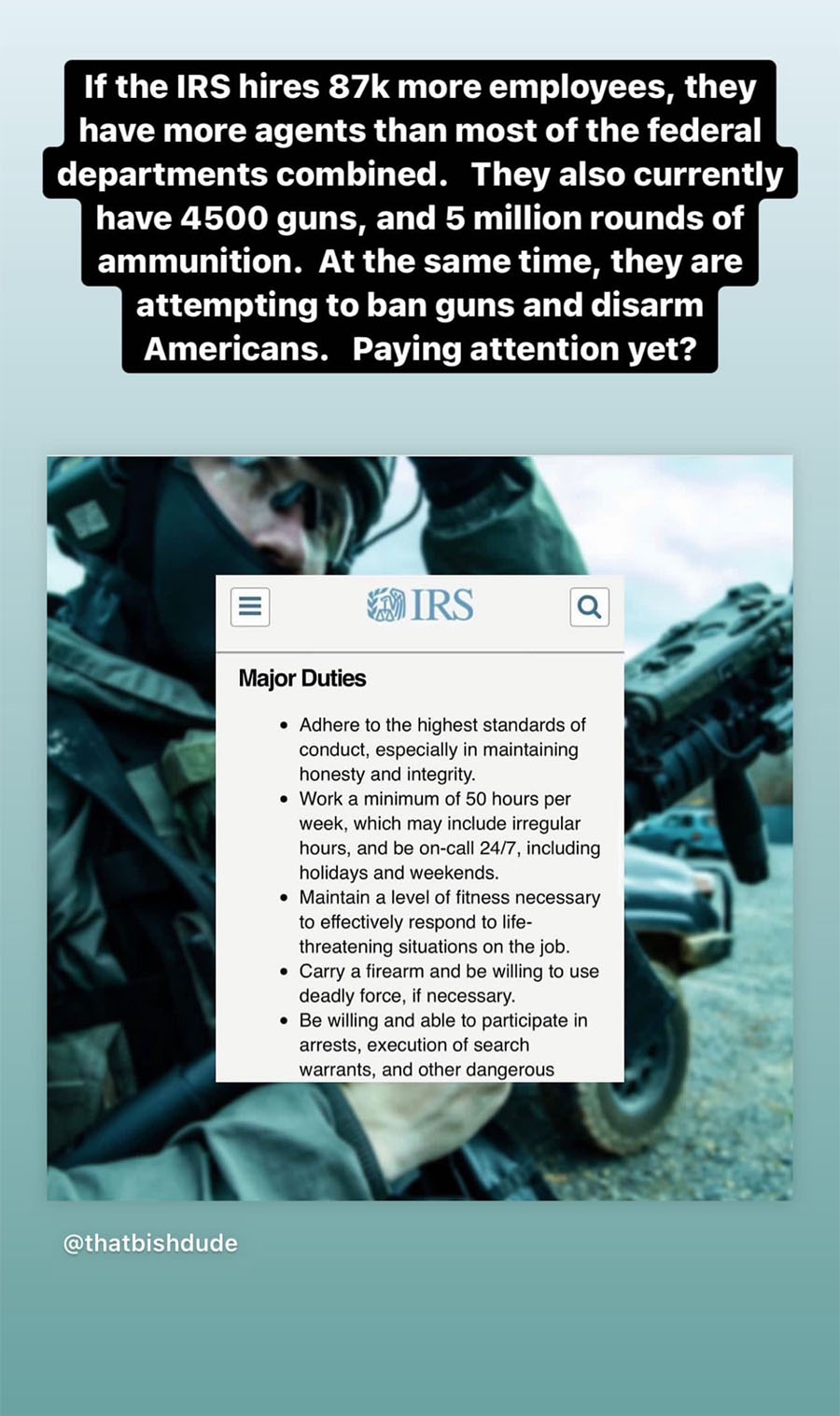 Many state and federal agencies have armed employees. That’s not news. Your local county health inspector may have positional tiers in their career ladder that allow them to be armed with a gun, badge and have police officer-like authority. Would it make sense if every public health inspector was all of a sudden armed and getting tactical training to prepare for the use of lethal force to visit some bakeries and fast food joints? It feels out of place to say the least.

So now we have not only the Department of Justice going after average Americans for “gun crimes” but also former U.S. presidents… hard to not be concerned about the Department of Treasury getting in on the action too. Are we supposed to be fearful for clerical errors made on our annual tax returns too now?

With regard to the Trump Raid, the FBI did not initially make a public comment on the event but the general speculation was that they convinced a judge to sign off on the search warrant based on potential mishandling of classified information that should not have been in Trump’s possession. After a press conference with some congressional members of the House Intelligence Committee it sounds like the warrant was just unsealed today and the inventory of what was taken in the raid was just released in detail over the weekend or next week. So far, all we know is that several boxes of secret and top secret documents were obtained by FBI agents.

It’s worth noting that following this event an armed man from Ohio attempted to breach an FBI office in Cincinnati. The suspect had made social media posts claiming that people needed to be ready for combat, presumably against the government or law enforcement because of the raid on Trump’s home. After a standoff, the suspect was killed with no other casualties.

The role law enforcement is playing in our democracy seems to be eroding as distrust in the government steadily increases. While we do not condone violence, there is obviously a case in preparing for it. No one wants another Ruby Ridge or Waco. That being said, we should recognize there is a difference between FBI leadership and its agents on the ground. Same goes for any other federal agency.

Former FBI Agent and Congressman Brian Fitzpatrick (R-PA) said it best, “I’m a former agent. Obviously we cannot do our job without the support of the public. That’s the core necessity,” he said. “We have too much distrust in too many of our institutions that are at the fabric of our democracy and our country simply cannot survive a perpetuation of that distrust. We got to fix it across the board, it’s incumbent upon all of us to do that.”

The latest possibility of a new federal “assault weapons” ban has been sent to the Senate Judiciary Committee. According to the FPC (the Firearms Policy Coalition), this is the last major step before a final vote is held in the Senate. A few weeks back we shared a breakdown of party line divisions and if you take a look, it doesn’t look good. Even without the risk of “turncoat Republicans” VP Kamala Harris would’ve broken a tie either way with her vote.

Our Senators are currently on vacation (also known as a “state work period”) but apparently they could be called back on a moment's notice to vote on this issue. So if there was ever a time to contribute towards a pro-gun advocacy group, that is now. Choose a group you trust in like Gun Owners of America, Firearms Policy Coalition or the National Shooting Sports Foundation.

Keep in mind that the historical pattern for the anti-gunner establishment is to begin enforcing new gun control policies and legislation prior to their planned enforcement date. Our recent example of this can be seen in a recent case between Washington D.C. and Polymer80.

So don’t forget that the 2022 Midterm elections are coming up and will be held on Tuesday, November 8th. Do your research on voting options, political platforms and show up to the polls! (Or mail-in your ballot, whatever floats your boat).

In a letter from the FPC to ranking members of the Senate Judiciary Committee, a couple points were eloquently truthfully pointed out, “The deluge of rhetorical and legislative assaults on the fundamental rights of the People by our governmental institutions-rights that are inseparable from those same People- erodes public trust in governmental institutions. Indeed, if Congress does not respect the law, then the People are sure to follow that example.”

The Case for Armed Citizens

Let’s review a couple of the most viral self-defense footage that has been circulating the internet in the past week:


We have some questions for you to consider: