If you decided to take a break from social media and the news cycle this week, you missed out on a lot. Allow us to catch you up.

On Tuesday, Biden visited his home state of Pennsylvania in what was likely preparation of the midterm elections (due to PA being a swing state) and to deliver some remarks on his “Safer America Plan” which generally outlined how he planned to continue addressing gun crime.

In good form, Biden began the speech about-facing from some strong language he had for law enforcement in 2021 which was that he essentially supported defunding the police following the death of George Floyd and massive amounts of civil unrest that followed that event. You can roll the tape here.

This week, given that we ask so much from police officers in their current role and service to our society, Biden acknowledged that the solution to crime is to fund the police and not to defund them. He cited the highest rate for police officers' deaths being responding to domestic violence situations (false) and also acknowledged that among every profession there are bad apples.

A bit reductionistic, if you ask us. As a reminder, Biden’s American Rescue Plan included a budget of $350 billion for state governments to use in hiring more police officers, as the profession has become increasingly dangerous and difficult over the past few years during the pandemic.

But Biden couldn’t stay in character or stick to his teleprompter’s script for too long and quickly devolved into a meme generating machine: See our fact checking blog here.

Then Biden delivered an even more inflammatory speech on Thursday in Philadelphia in what looked like a scene out of Star Wars Ep. 9 as if Biden was the de facto leader of the First Order. For a couple of speeches to be about unifying the country, Biden was hellbent on further isolating his base by increasing the political divide in a play to make the “MAGA Republicans” seem like a natural-born enemy. Literally, a red-herring (see image to the right).

In order for a democracy to work, people have to do their part. It doesn’t mean just blindly voting. It requires participation. To do that you have to ask questions, challenge others and do your research. But this becomes difficult in our current society when we live in a culture of only-headline reading and when we’re constantly, subconsciously listening for buzz words or easy tag lines for our memories to latch on to.

If all it takes is a little bit of due diligence to avoid a V for Vendetta scenario for our society, why can’t we rise to the challenge?

2A Victory: Anti-Gunners’ Greed in CA Backfires in State Legislature 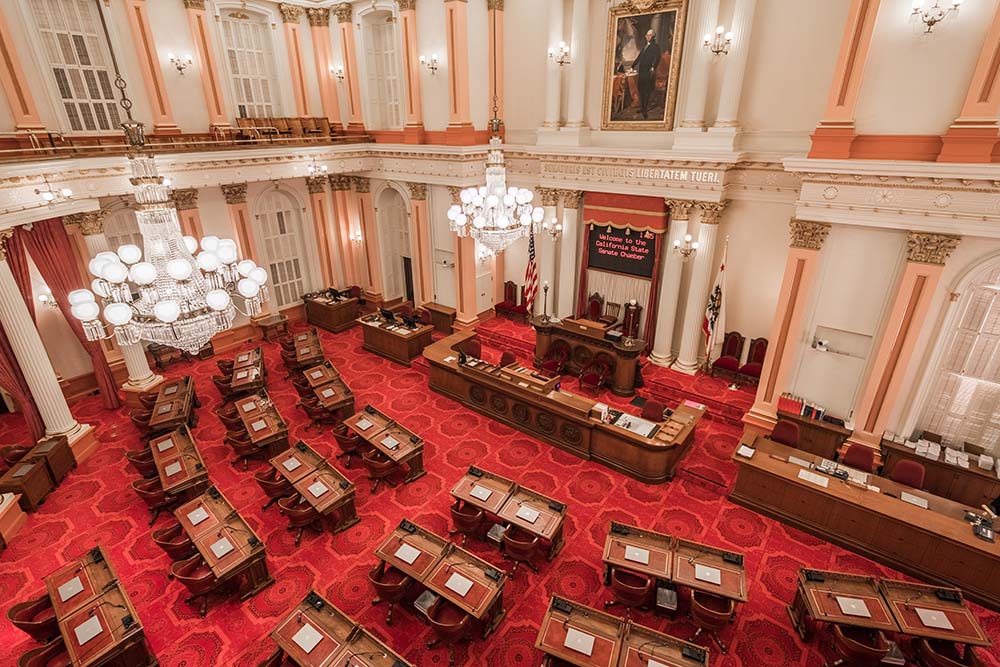 Despite Governor Newsom’s best efforts, CA anti-gun control schemes were narrowly defeated this week in the final state assembly session of the year — thanks to a few assemblymen who decided to not blindly vote with party lines and challenged the constitutionality of what the Democrats were trying to achieve with the slew of new gun control rules for California, (many which unfortunately passed in this past week’s state assembly session).

For those that contacted your representatives and legislators about SB 918 and AB 1227, fantastic job!

What didn’t pass was Gov. Newsom and AG Bonta’s response to the Supreme Court ruling from the Bruen case (an act of clear defiance), a concealed carry measure which would have rendered it virtually impossible for private citizens in CA to legally concealed carry a weapon anywhere in public by instituting certain public areas as “sensitive gun-free zones.”

Examples of such areas included bars and restaurants, medical facilities, parks, public gatherings, airport parking lots and most private businesses would have fallen under this category. Yeah, no thanks. Let’s not become the lawless shooting ground that certain Chicago suburbs have become.

Context: The Bruen case removed the need for a requirement in CCW applicants to not only have “good moral character” but also a “good cause” to display a need for such a permit to be issued. In many counties across the country, this is the requirement that allows law enforcement agencies to easily deny citizens ability to obtain a CCW permit or LTC (license to carry).

If this measure had passed, most of the state would have turned into a “gun-free zone,” rendering a CCW permit pointless and the average concealed carrier a criminal for illegal possession of a firearm. Again, targeting law-abiding citizens.

Patrick O’Donnell is a Democrat assembly member who declined to vote on the measure, among other assembly members also in his party like Ken Cooley from Rancho Cordova, Bakersfield’s Rudy Sals or Jim Cooper from Sacramento. The difference seemed to be that O’Donnell was the only one who wasn’t seeking re-election so he received the most flak for “reversing” his vote.

O’Donnell rejected the idea that he alone was responsible for killing the bill and had expressed concerns for its legal viability multiple times when it was brought up during session.

“I wish I was powerful enough to single-handedly kill any bill. There are 120 members of the Legislature and many of them did not support this bill. That is why it failed. I’m not going to pass something, even on my last day in the Legislature, that may not be constitutional. Senator Portantino (the politician slinging mud at O’Donnell following the vote and co-author of the bill) needs to look in the mirror as to why this bill failed” said O’Donnell. He also stated that the Senator’s staff couldn’t answer basic questions about the bill when asked.

What O’Donnell was referring to was likely how the Democrats were overconfident in the bill because they tacked an “urgency clause” onto it which would have made it effective as soon as the governor signed it rather than waiting for it to go into effect on January 1 of next year. That decision changed the requirement from a simple majority to a super majority requiring two-thirds of the assembly to vote yes. Without that clause the bill would more than likely have passed the Assembly and the state Senate.

While this defeat of a gun control bill is rare for the state of California it’s a good check for anti-gunners to realize they can’t steamroll over the opposition so easily and will force them to tread more carefully. Hopefully, more politicians can stand up for not only our 2A rights but reason.

The Second Amendment Foundation’s lawsuit against California’s law restricting the rights of young adults to purchase long guns in the case of Jones v. Bonta. A recently ‘all writ’ petition to the Ninth Circuit (U.S. Court of Appeals) included some big hitters like the Calguns Foundation, the Firearms policy Foundation, Firearms Policy Coalition and several other plaintiffs.

President Alan M. Gottlieb of SAF said, “The California Legislature and Gov. Gavin Newsom may think they can ride roughshod over the Constitution but they really can’t, and we’re hoping the court quickly erases any doubt.” 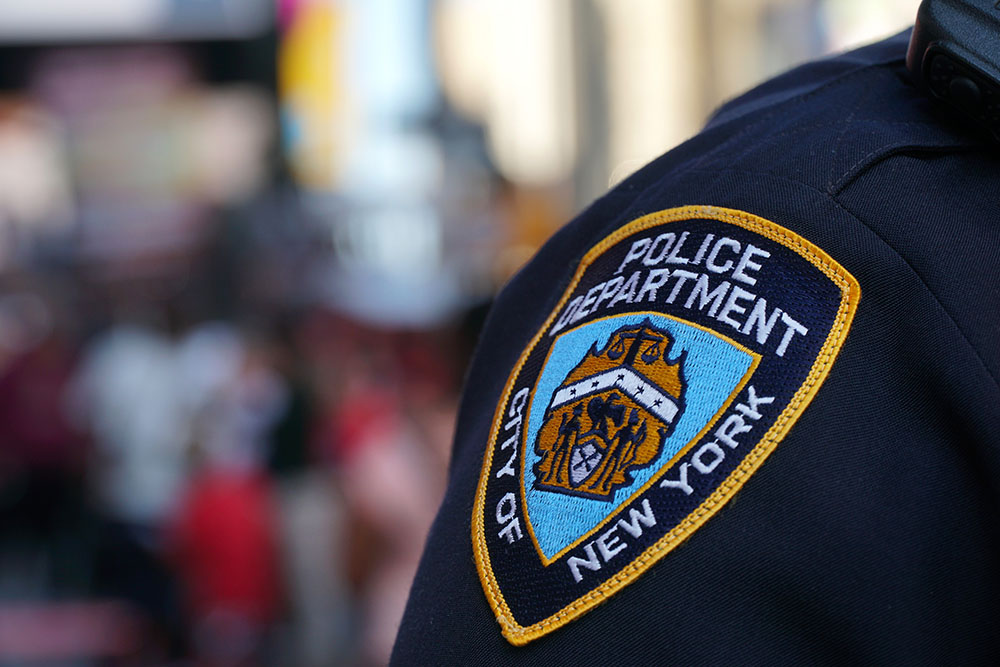 Also on Thursday this past week was a new law in New York that took effect requiring weapons to be banned from subways and mass transit to create "sensitive public areas" as basically gun free zones, requires background checks for ammunition purchases, increases gun storage laws and even mandates that social media posts be turned over in the CCW application process.

Understandably, thousands of New Yorkers rushed to start their application process to get a permit prior to the new law going into effect. NY residents can thank their Governor Kathy Hochul for the new restrictive gun policies. The NYPD, like many other large local law enforcement agencies in the nation, unfortunately is dreadfully understaffed in their CCW, or permit procession division.

No timeline was provided on how long it would take to process the recent 15 thousand plus applicants but it is extremely concerning that police agencies are now creating divisions to sift through private citizens' social media accounts and their posts.