The .300blk round has skyrocketed in popularity the past decade. Originally born of a US SOCOM contract with Advanced Armament Corporation (hence the .300 AAC Blackout name), our nations Special Operations Forces wanted a weapon system that could switch between sub-sonic and super-sonic rounds effectively and quickly, from a compact package, while not having to move away from the M4 based platforms they were already familiar with.

The supersonic and subsonic bullets draw their names from how they each respectively relate to the sound barrier. The speed of sound (in reference to how it travels through air, like a bullet) is approximately 1,100 feet-per-second (fps) at sea level. This can actually vary a fair bit depending on altitude, temperature, and humidity, but in general, 1100fps is the determining number used in the firearms industry to differentiate the two.

If you want a combat rifle with a hard-hitting round, .300blk has you covered....

Supersonic is your traditional rifle round. Even the small .22lr breaks the sound barrier, and gives a small sonic crack. Speed equals energy, so (typically), the faster a bullet can travel, the better. Supersonic ammunition will provide more range, energy delivered on target, and less drop or wind-drift at range. For the vast majority of applications, supersonic ammunition is the most practical choice, and it has the added benefit of being cheaper as well. This is the ammunition you want to train with, hunt with, and be the most familiar with. Even the SOF guys will still do 99% of their gunfighting with supersonic rounds.

Just because it's not ideal, doesn't mean it can't be suppressed. A can on the end of your rifle is going to cut down significantly on the overpressure at the shooters ear, and can bring the muzzle blast down to more manageable levels. However, suppressors can't get rid of the sonic boom left in a supersonic bullets wake. So while someone may not be able to pinpoint where they are being shot at from, they're still going to be very aware that they ARE being shot at. This goes for animals also. Suppressing a supersonic round does a great job of protecting your hearing, but you'll never get the Hollywood effect. 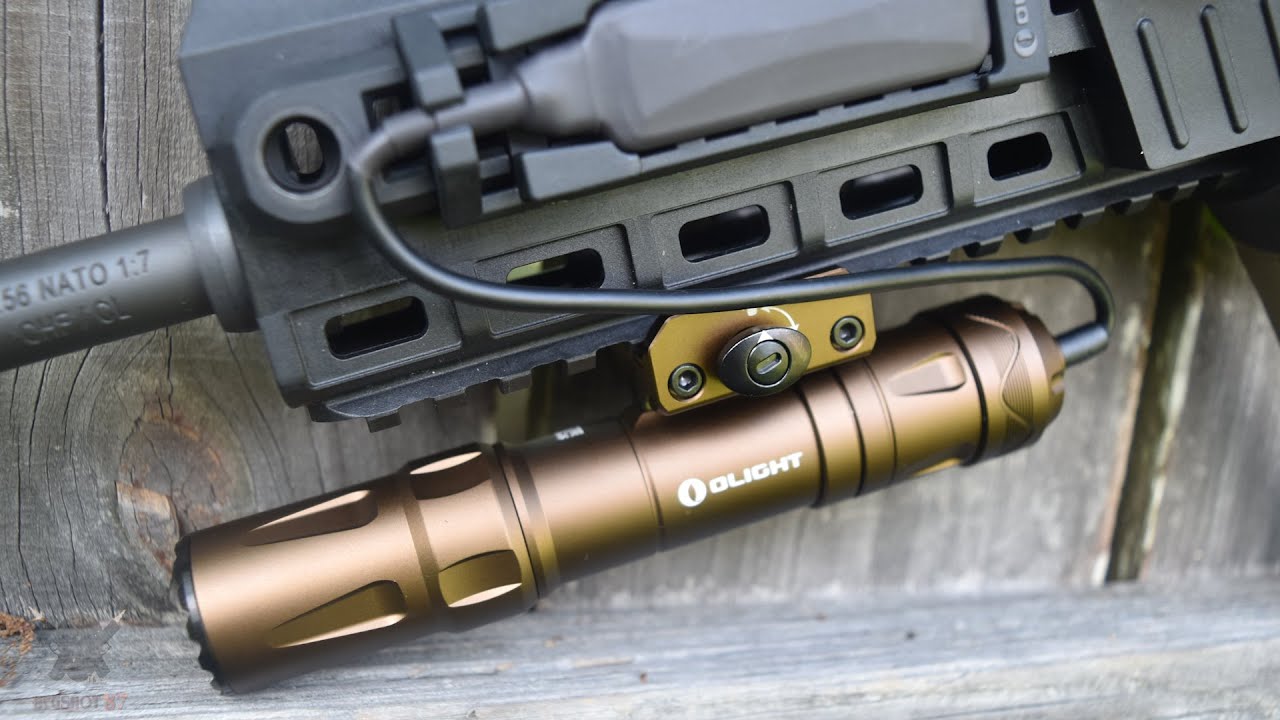 A .300 blackout rifle, even with a suppressor, still makes for a very compact package...

If you're looking for "Hollywood Quiet", these are the loads you want to be shooting. Subsonic bullets generally boast a lighter recoil than their speedy relatives, and have an added weight coming to around 180-220 grains in a standard .300 Blackout load. The additional bullet weight keeps the rounds from breaking the sound barrier, and gives them as much energy as possible.

220gr .300 Blackout is extremely quiet, and competes with the famous MP5-SD in terms of stealthiness. Because of the lower pressures at the muzzle, and the lack of a supersonic report, shooting "subs" is completely hearing safe and comfortable for the operator and those around them. In fact, SOF Operators have reported shooting terrorists in one room of a house, and not having woken up bad guys sleeping in adjacent rooms. It's that quiet.

While subsonic ammunition surely does have its benefits when it comes to covert operations, close range, and personal defense, this kind of bullet is not ideal for the big game hunter. .300 Blackout subsonic is not ideal for medium to long range hunting, as the velocity and kinesthetic shock is greatly lowered from the supersonic. These lowered stats can result in unethical game kills and can lead to animal suffering even if you think you made a clean shot.

Subsonic rounds have about the same energy on target as a .45 ACP round. So while many believe .45 ACP to be the mighty fist of God, we know today that pretty much ALL handgun rounds are pretty terrible at stopping threats. The .300 AAC blackout has the advantage of having a more effective shape for delivering energy, expanding, and tumbling through vital organs, but it's main advantage while subsonic is it's quiet report, and the ability to make multiple hits on target very rapidly.

The truth is that supersonic .300 blackout is absolutely better than subsonic, in all areas but one. If you want to be ninja quiet, then shoot subsonics. Even though you may not be sneaking through houses in Syria, being able to walk around or hunt without EarPro and not have to worry about your hearing if you take a shot has significant advantages. For close range pig-hunting, it's a game changer. For anything larger, or at distance, we would recommend going supersonic.

But that's exactly what it was designed for. Being able to start a fight quietly, and then with a quick change of a magazine, you can have a full-power round. So whether you're hunting hogs, punching holes in targets, or just playing pretend in your basement, we aren't here to judge. We offer several different .300 blackout build kits for whatever your needs are.