To be honest, a broken-in mil-spec trigger can feel like the best AR15 trigger in the world. Why might that be? Well if you’ve shot thousands of rounds through it and regularly cleaned it, you’re going to end up with a naturally polished trigger through just normal wear and tear. However, that’s a big problem for some people. Not everyone can afford to put thousands of rounds through a gun just to thoroughly break-in a trigger. So how do we achieve the same results and feeling of a broken-in trigger without having to spend big bucks in rounds being sent down range? The answer is to get an aftermarket drop-in trigger for your AR-15.

What makes for the best drop in AR trigger? Well that might depend on the intended purpose. Consider these questions first: Are you preparing for a match, a service weapon, or long distance/precision shooting? Depending on the intended role you have planned for your rifle, you’ll have to choose between a single or a two stage trigger.

What’s a single stage trigger for an AR15?

For all firearms, we generally look for a few things in a trigger. How much ‘creep’ or ‘travel’ is there in the trigger before it hits the ‘wall.’ Once the trigger breaks, how much does it travel before it resets? Well with single stage AR15 triggers, the main idea is that there is basically no creep at all and trigger manufacturers like to market that feature a lot by calling it “zero creep.”

Depending on the weight of the trigger, these are the triggers that some might also describe as ‘hair triggers’ for how easy it is to fire off a round and for how quickly the trigger resets when released. Shooters that tend to opt for single stage triggers are usually competitors however, law enforcement and military can use these as well if the weight is heavy. Single stage triggers for AR’s will range anywhere between 1.5 to 3.4 lb. of pull.

Military, law enforcement, long distance/precision shooters and hunters would most likely appreciate 2 stage triggers the most for a couple reasons. First, it’s probably just what they’re used to in the first place given government budgets and the nature of mil-spec triggers. Second, it gives officers, soldiers, long range competitors and hunters alike more control over the trigger. Soldiers and police have to follow strict rules of engagement to lawfully discharge their weapons so having a lighter trigger would be increasing risk of negligent discharges and accidental shootings. The same can be applied for long distance shooting and hunting. You want to be absolutely sure of yourself when pulling the trigger and with 2 stage triggers you have more wiggle room to let off of the trigger if you decide to stop at any given moment.

Now that we know what makes the best drop in AR triggers depends on intended role and function we can talk about how it is just as much subjective. For more beginner shooters, a single stage trigger might be too light which can cause negligent discharges at the worst or the feeling of surprise every time a round goes off at the very least. But for more experienced shooters, they might feel that a single stage trigger just takes more effort and slows them down in their rate of fire. Some will prefer curved or flat triggers and some might even prefer more exotic shaped triggers that look like they belong on paintball guns.

We should probably mention at this point that any AR-15 drop in trigger is going to work as an AR10 trigger as well because they are directly compatible and interchangeable between the two different lower receivers. Almost all of Geissele’s catalog of triggers are the 2 stage type; including this premium M4 curved style adjustable trigger, the Hi-Speed National Match - Trigger Set. Instead of locking your AR down to only one trigger type you can keep the same trigger and simply swap out the springs to appropriately adjust the weight per your application.

That’s the main reason this is our first recommendation for a potential ‘best drop in trigger’ — because this product includes three different sets of springs to allow shooters to tune the trigger per their needs and preferences. These three sets of springs are aptly named per their intended purposes:

The Service Rifle spring set is designed for high power service rifle competitions. Using this spring set would give you the best AR trigger while still meeting the criteria of having a trigger with the minimum weight of 4.5 lbs.

DMR stands for ‘designated marksman rifle’ and that’s exactly what the DMR spring set was designed to do. With the DMR springs, law enforcement officers and military service members can take full advantage of this trigger designed for tactical and military shooting where the second stage weight can help in high-stress shooting situations.

For competitors looking to complete their highly modified open class/F1/space guns, the Match spring set was designed for you. No foregoing accuracy for speed with this trigger. With the Hi-Speed hammer, it utilizes a full-power hammer spring which sends more kinetic energy into the firing ping, delivering more consistent primer ignition which is helpful for those dealing with experimental cartridges, AR-10 based builds and reloaded ammunition. 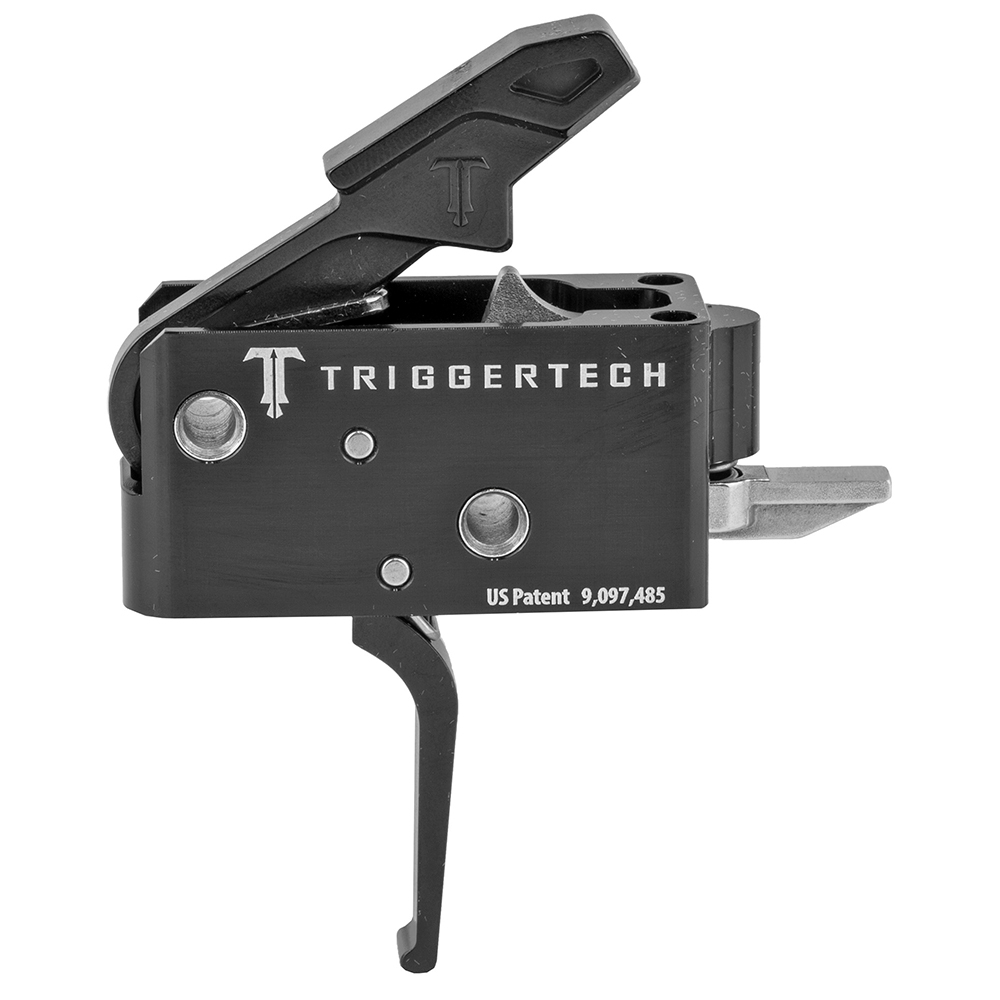 AR parts have seen a lot of innovation and development over the past couple of decades and TriggerTech’s AR15 Combat Flat Two Stage Drop In Trigger is certainly an example of that. This trigger is offered as a flat and curved shaped hair trigger so shooters can choose either style they prefer— it was designed to feel like a 1911 and though it is a two stage trigger, TriggerTech boasts zero creep with this drop in trigger.

Those who own this trigger will report it being much lighter than what the manufacturer approximates the pulls to be. According to TriggerTech, the first stage is 1.5 lbs and the second stage measures at 4.0 lbs for a total fixed pull weight of 5.5lbs. This allows a wide variety of shooters, if not all, to safely utilize this trigger as it’s not too light for it to be unsafe and it’s definitely not as heavy as a brand new mil-spec trigger.

We picked two triggers for this category for ease of install, price point of the product and of course the overall performance and feel of the trigger. 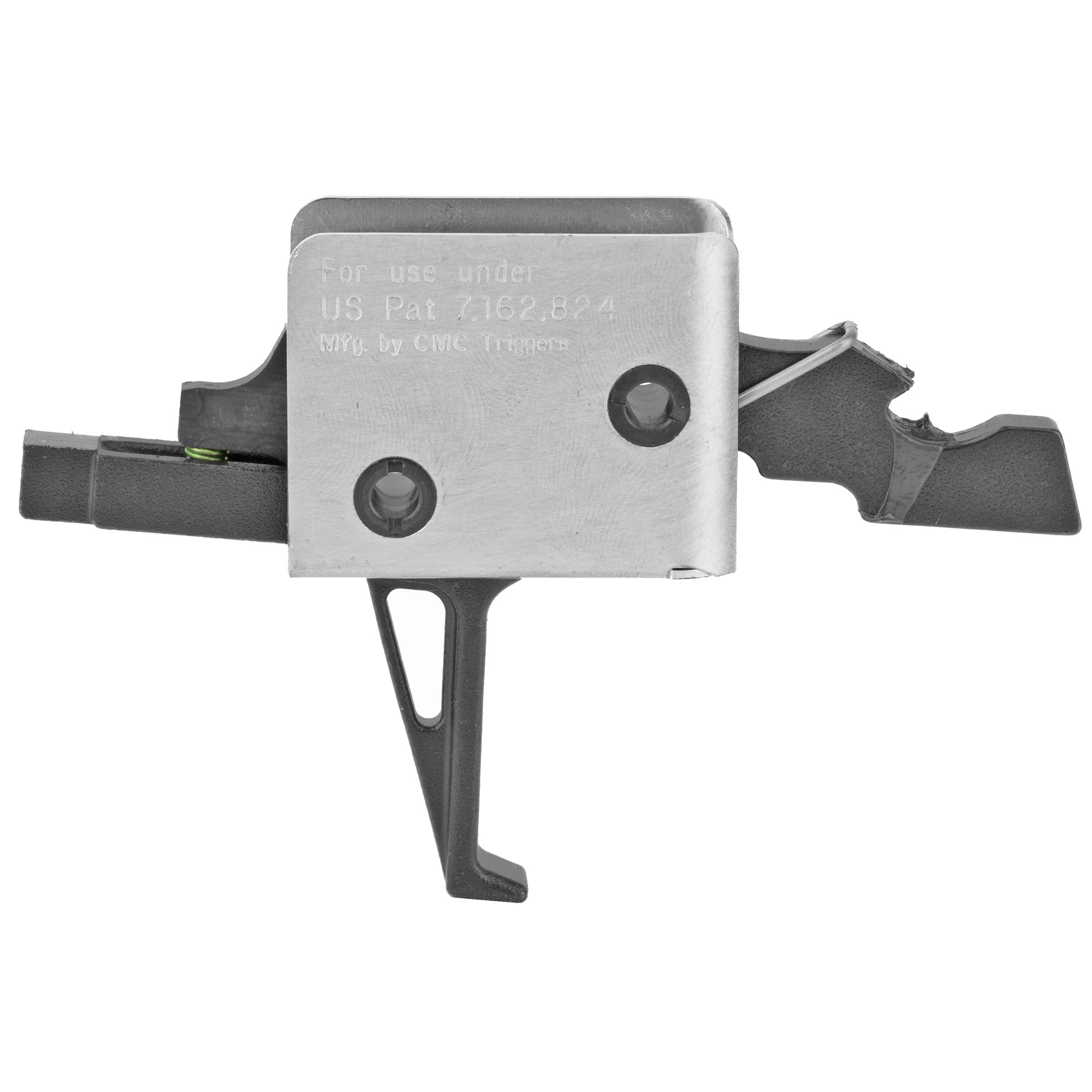 CMC is definitely one of the best bang for your buck drop in triggers on the market. It may not be sexy and look a little raw, but with minimal creep, an extremely fast/short reset and the price you just can’t beat the feeling of this 3.5 lb. drop in trigger. It doesn’t feel too light either! They offer curved and flat triggers — we prefer the flat trigger just because it feels better in this case as their curved trigger is not the M4 bow curved shape that we’re used to from mil-spec triggers. However, we do carry both the CMC 3.5 lbs. Curved trigger and the CMC 3.5 lbs. Flat trigger to allow buyers to have the option for either product. 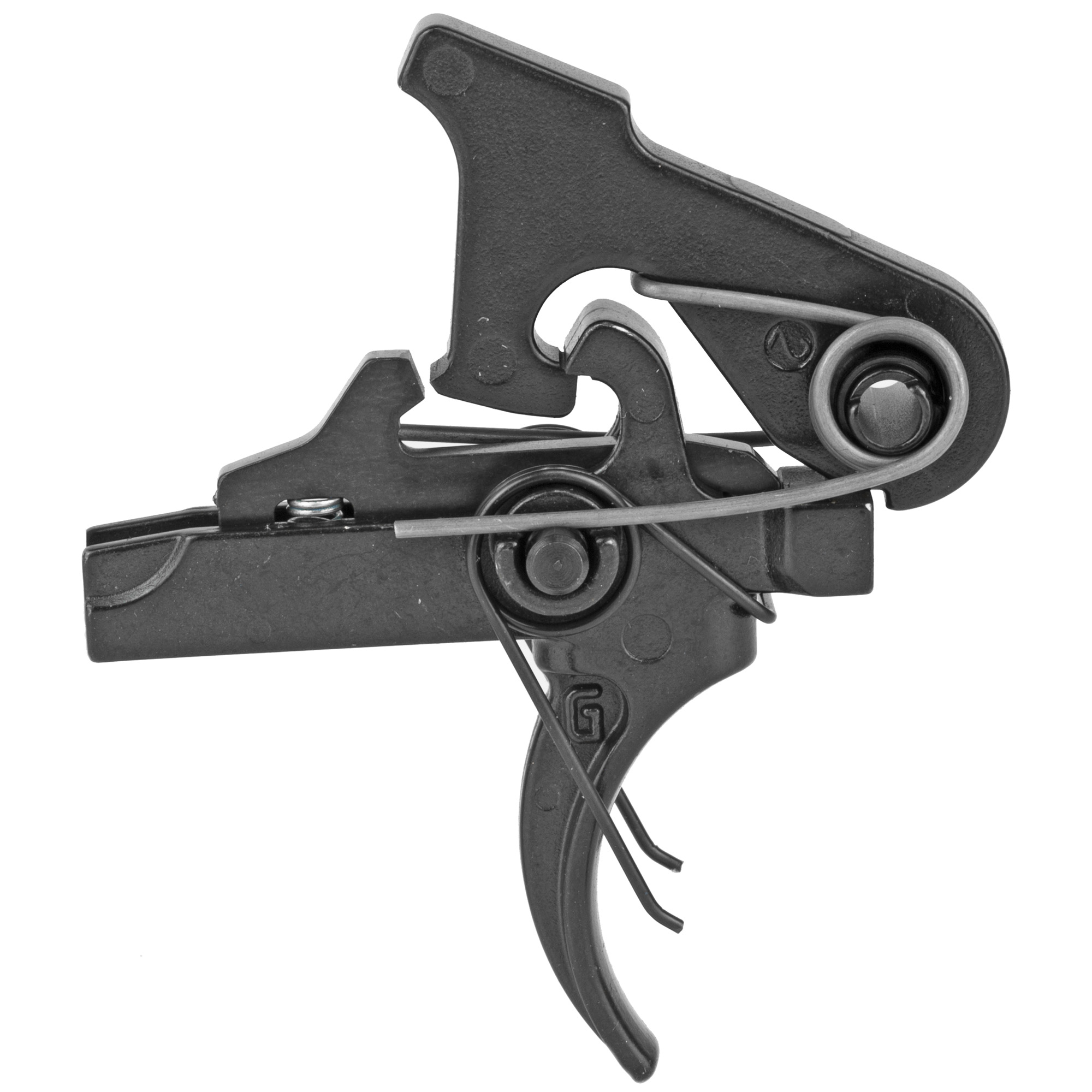 The Geissele 2 Stage Trigger was designed to be the more cost-friendly version of the SSA trigger (Super Semi-Automatic). As a non-adjustable trigger, it’s first stage has about a 2.75 to 3 lb. pull. Its second stage pull is about 1.5 to 1.75 lbs bringing the total pull weight to range from 4.25 to 4.75 lbs. Although this trigger is overall a little heavier than the CMC trigger we love, it's sometimes even cheaper. Some shooters will also prefer the extra pound of pull with the G2S drop in AR trigger for that extra feeling of security in case 3.5 lbs is too light for them.

Trying to stay budget with your build so you’re just sticking with the mil-spec trigger that comes with your lower parts kit? No problem! But if you’re looking for an enhanced experience and increased shooting performance, find the best drop in trigger for you. We carry a select variety of aftermarket AR15/AR10 triggers that are not only tried and true but also tested and used by us as well.