Hunting big game is the apex of hunting. When a hunter is ready to hunt down deer or moose, he/she knows they have entered the big leagues. However, big game hunters have numerous tricks up their sleeve, which novice hunters learn along the way. In order to make the first hunt easier, here are the top 7 tips when it comes to big game hunting.

Don’t throw away the turkey call

If you own a turkey call, don’t put it away just yet. Namely, deer feel safe when there are turkeys around them so this call puts them at ease. The logic behind this is that turkeys don’t communicate or feed if they sense danger, and the deer know this.

One step at a time

Still-hunting for deer doesn’t mean that you should move too slow. The best way to creep up to them is to take a step or two and then study your surroundings. Of course, if you move too fast, you’ll spook the animals away and they’ll start running.

Even when you advance a step or two at a time, always look where you are stepping. Even a twig can give away your position when it snaps. Practice the technique of looking around your between steps for maximum efficiency. Also, you’ll need to learn to balance your trusted hunting AR-15 while creeping up on the animals.

At noon, bucks tend to bed down on the high ground. They prefer a spot that gives them protection, such as a valley between a hillock and the river. The sound water effectively soundproofs their bed. You should scavenge the arras for these bedding spots and prepare an ambush.

When you notice bucks lying down in the bedding, proceed with caution from downwind and be prepared to shoot as soon as they rear their head. You’ll need to practice a lot for this scenario because when a deer raises its head, you have mere seconds to aim and discharge your rifle. 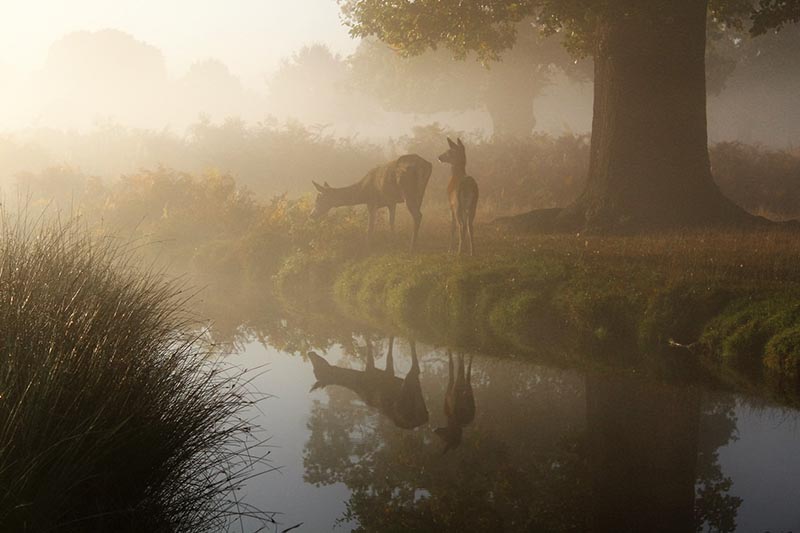 Near the end of the hunting process, cleaning your kill, better known as field dressing, is another skill you should learn. There are many step by step instructions online on how to properly field dress your deer but we’ll just say that the animal needs to be on its back and bring a good hunting knife.

When removing hairs from the carcass, you’ll need to use a handheld propane torch. First, wipe the skin of the kill with a wet cloth for initial hair removal and then use the propane lame to burn the remaining hairs from the dry carcass.

What happens when you push deer?

Like other big game, pushed deer will make a run for higher ground. There, they will try to find thick cover like bushes or a dense forest. If you’re hunting alone, then there’s little you can do about this scenario but if there is more than one hunter, then you can find a remote place on high ground to lay an ambush to pushed deer. 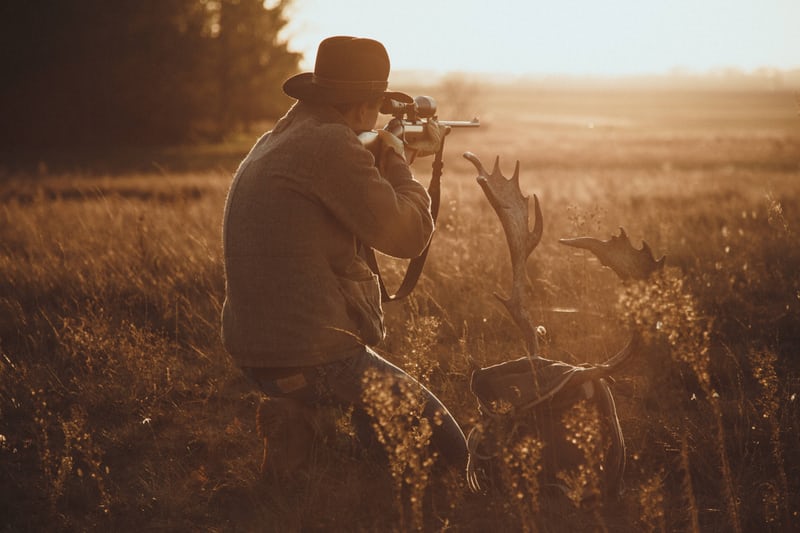 We’ve already mentioned that you need to be prepared to fire quickly when in close proximity to deer bedding. In other instances, a deer might pop in front of you, blissfully exiting a forested area. The most important thing is not to panic and to slowly shoulder your AR-15 rifle.

The deer will probably be as startled as you are, reflected in the fact that it will motionlessly stare right at you. Then you should raise your rifle and take the shot before the animal realizes what it had gotten itself into.

When the deer move

During a storm, a deer won’t move much. However, right after the rain stops, it will go looking for fresh food in oak groves, cornfields, and on beech ridges. Although fawns and does are the ones actually looking for food, you are going to listen out to the sounds bucks make while following them.

There were just some of the big game hunting tips to help you secure your first kill. After you hunt down your first deer or elk, you will have gained much-needed knowledge and the next hunt will be a lot easier. Hunting big game is not an exact science, as every time you go out hunting you learn something new.