Having proper stance is one of the basic fundamentals of shooting. Before we get into the different shooting stances, it's important that you understand what stance is. Stance is how you position yourself while shooting and believe it or not it plays a major role in consistency, mobility, and recoil management. Good stance comes from how you position your feet, knees, hips, abdomen, head, shoulder and arms. It’s very important that the stance you use isn’t just comfortable but that it's also effective. There are many different stances to choose from, but these are the 3 traditional and widely used stances that many pros use due to their effectiveness.

Before you try these stances, make sure your handgun is clear and always assume it is loaded-even after you remove the magazine and clear it. Also, always make sure you are pointing your firearm in a safe direction and that you’re in a safe environment. It is very important that you do this while we practice. 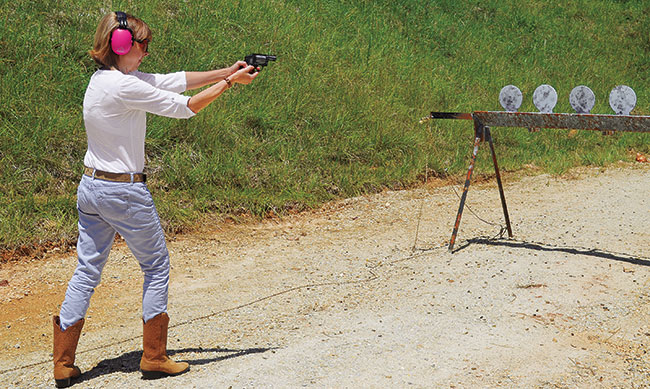 The Weaver Stance is most commonly used and chances are, you have probably seen it before. This stance will assist you with improving your accuracy and recoil management.

If you follow these steps correctly, you will notice that the push-pull force (isometric tension) from the support hand lessens and helps you gain control of the muzzle when you fire your pistol which ultimately allows for faster follow-up shots. 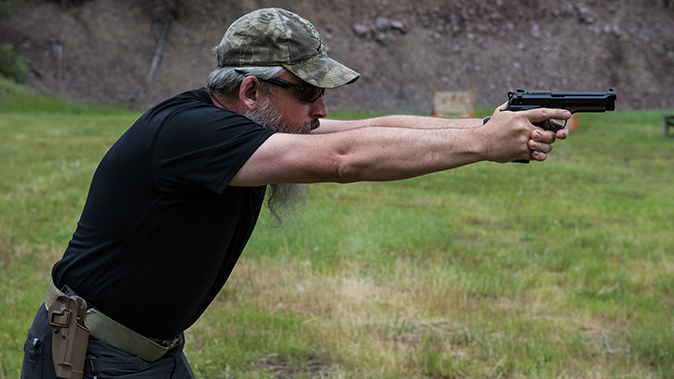 The Isosceles Stance is exactly how it sounds. It’s name is derived from the triangle shape formed by the shooter's arms, and chest. The reason why some pros use this stance is because it provides great recoil management and mobility by enabling the shooter to possess equal movement while moving left or right.

The first step of shooting in this stance is to use the same gripping method as the Weaver stance but instead of slightly bending your dominant arm, you fully extend both of your arms and lock your elbows with the pistol held in both hands at the center of your body.

The next and final step is to set your feet shoulder width apart and align your toes and body forward, directly facing the target. Now slightly bend your knees and keep your feet directly apart from each other. This position should feel more natural and comfortable than the Weaver stance while also assisting you with maintaining recoil management.

The Chapman Stance (also known as the Modified Isosceles/Weaver Stance) 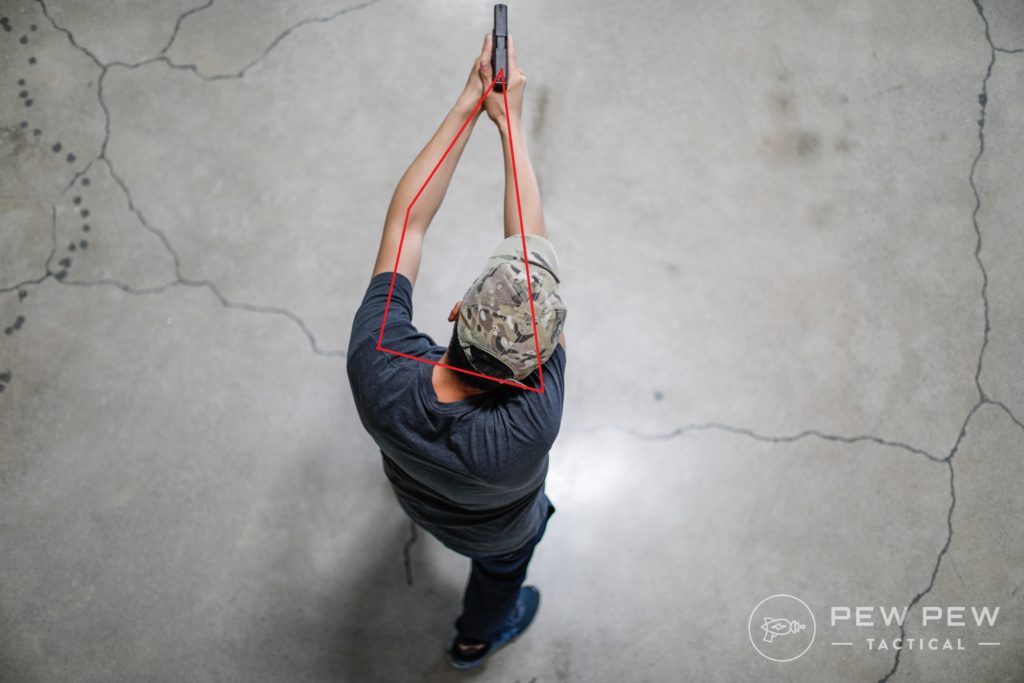 The Chapman Stance was developed in the special forces community and made its way into law enforcement training. This stance resembles the same traditional boxing stance as the Weaver stance but calls for your dominant arm to be locked straight out in front of you.

The first step calls for your feet to be shoulder width apart while slightly bending your knees and positioning your dominant leg slightly behind your support leg. Your dominant foot should remain at the instep of the support foot. The offsetting of the feet eliminates the rear-forward imbalance issue of the Isosceles stance. Your knees should be slightly flexed to absorb the recoil and shock while moving.

Now the Weaver persists in having two bent arms but the Chapman Stance calls for one locked arm. To achieve this stance, lock your dominant arm straight out and take your support arm and bend it while using the same push-pull grip as the Weaver stance. By locking your dominant arm, it will allow you to move and leave your head down and form a cheek weld with your arm.

Shooting Stance is a key component to your marksmanship. A good shooting stance provides a strong foundation for consistency and follow through. Follow through is very important, having good follow through means having control and the ability to follow up on your previous shot without having to completely readjust yourself and that all starts with stance. How? It's actually pretty simple, by adjusting your body to absorb shock from the recoil of your pistol, your position will remain in place and allow you to make minimal adjustments to set back on target.

While you are practicing these stances be sure to keep an eye on how it affects your grouping, recoil management, and consistency to see which stance suits you best. Also, consider upgrading your sight or optic to further improve your shooting skills.