What does it mean to zero your red dot sight? Well the purpose of “zeroing” your red dot sight is so that you can hit your target exactly where you want. When we zero a red dot it involves fine-tuning it so that it can be as accurate as possible. If you have ever played any more serious first person shooter games you might already know this but our point of aim doesn’t always translate to the same point of impact. There are a number of factors that will affect your point of impact such as weather conditions, the distance you zeroed the optic at or how far your target is away from you. We’ll get into all of these so be sure to arm yourself with this basic but crucial knowledge. 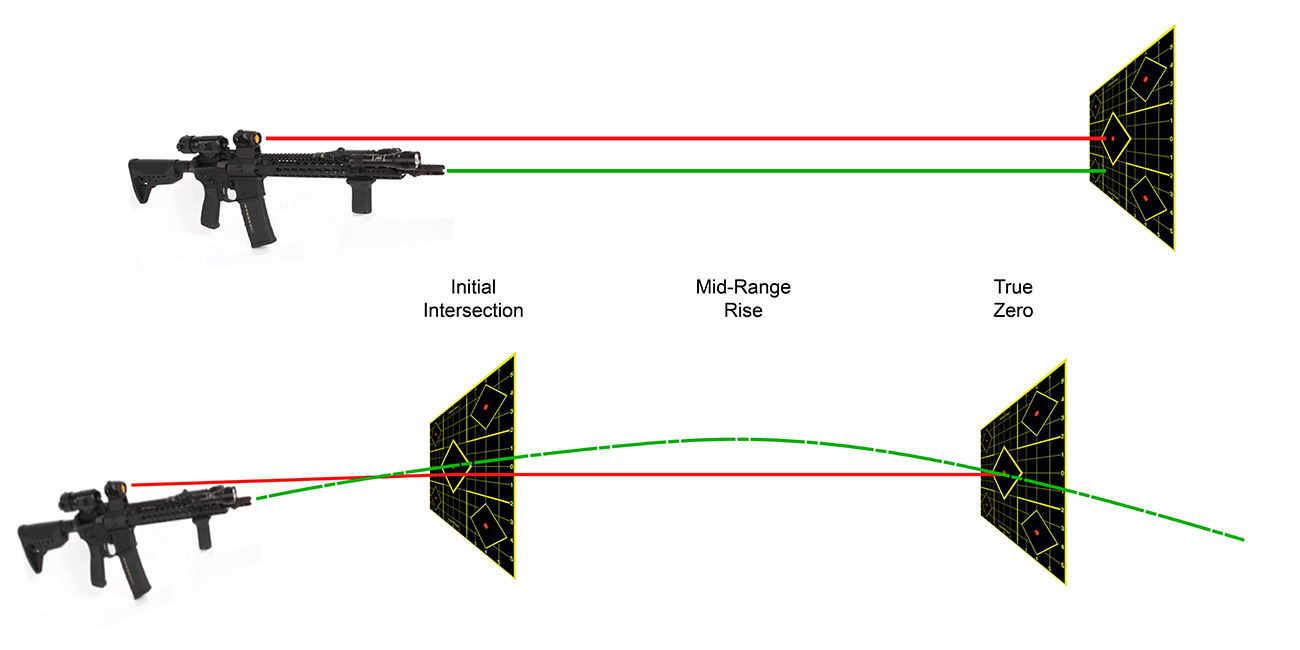 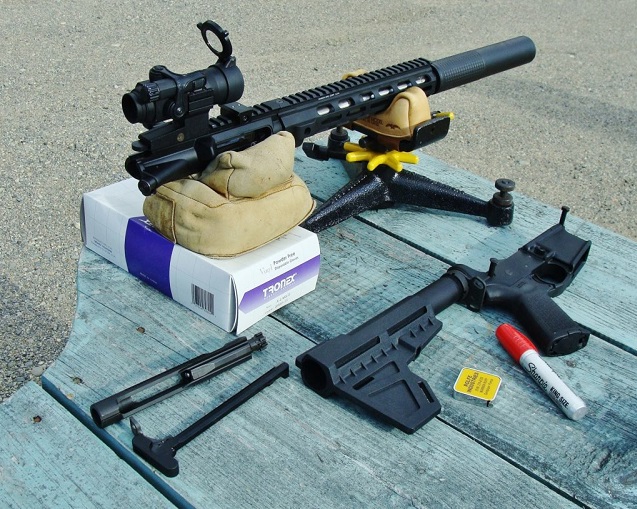 If you have a bipod, or a rifle clamp with a tripod or some sort of stand to keep the gun or upper assembly as steady as possible it will help as well. So let’s say you have the optic mounted on top of your AR-15 already. One method to save ammo and significantly aid you in zeroing with fewer rounds is to remove the complete upper half of the rifle from the lower receiver’s half.

Aim at your target by looking through the bore (barrel) and then using the elevation (up and down) and windage (left and right) dials adjust the red dot so that it gets as close to your target’s center as possible. This way you’ll see where you are puncturing on the paper target much sooner than you might have originally without doing this. If done correctly without any impeding factors you should be able to dial in your zero with as little as 20 rounds or less. 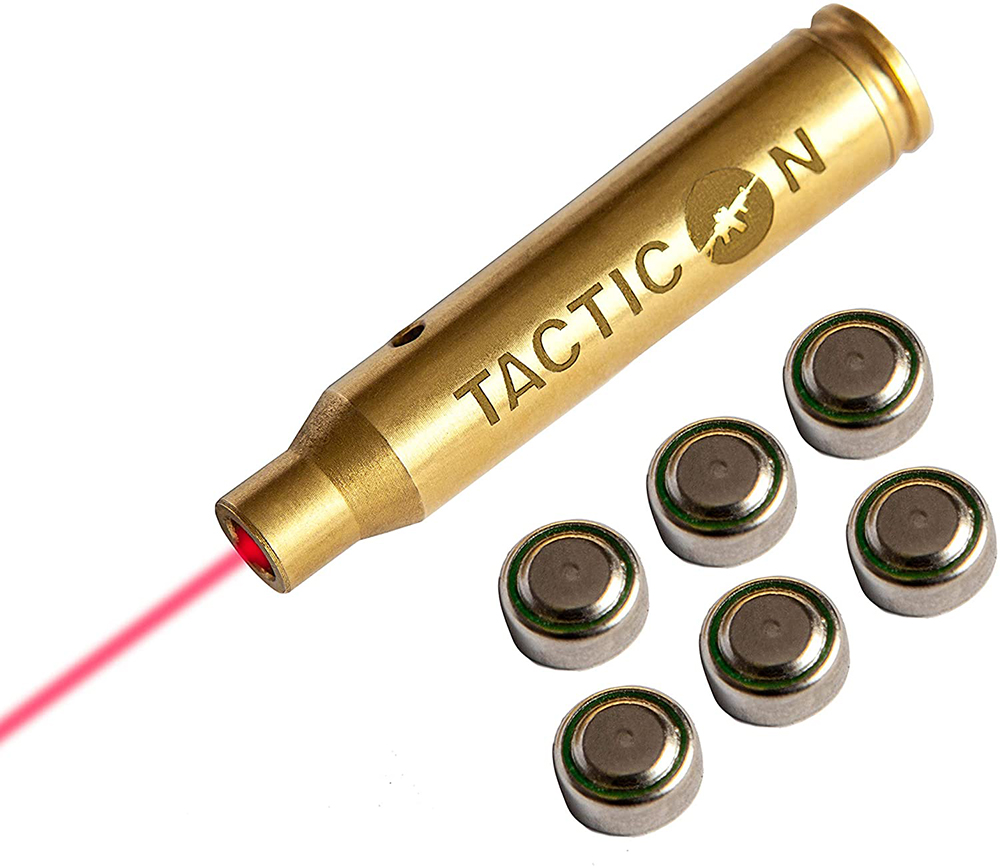 Still not saving enough ammo? Get yourself a boresight laser and theoretically you wouldn’t have to fire a single round. Boresight lasers are products that you can buy which come in the shape of your desired caliber and fit directly into your rifle’s barrel chamber. Assuming you’ve set up the rifle to point at your selected target’s bullseye, or to note move, all you have to do is adjust the reticle or dot so that it perfectly lines up with where the optics red dot or reticle is on the page. Theoretically, the reticle or red dot sight should have an almost absolute witness. This could potentially be difficult if both the laser and optic are red so it would be extremely helpful to have a set of binoculars, spotting scope or even just a sandbag will help. In the end you might have to fire a few rounds just to be really sure how accurate your zero is.

What Distance To Zero Your Red Dot Sight At 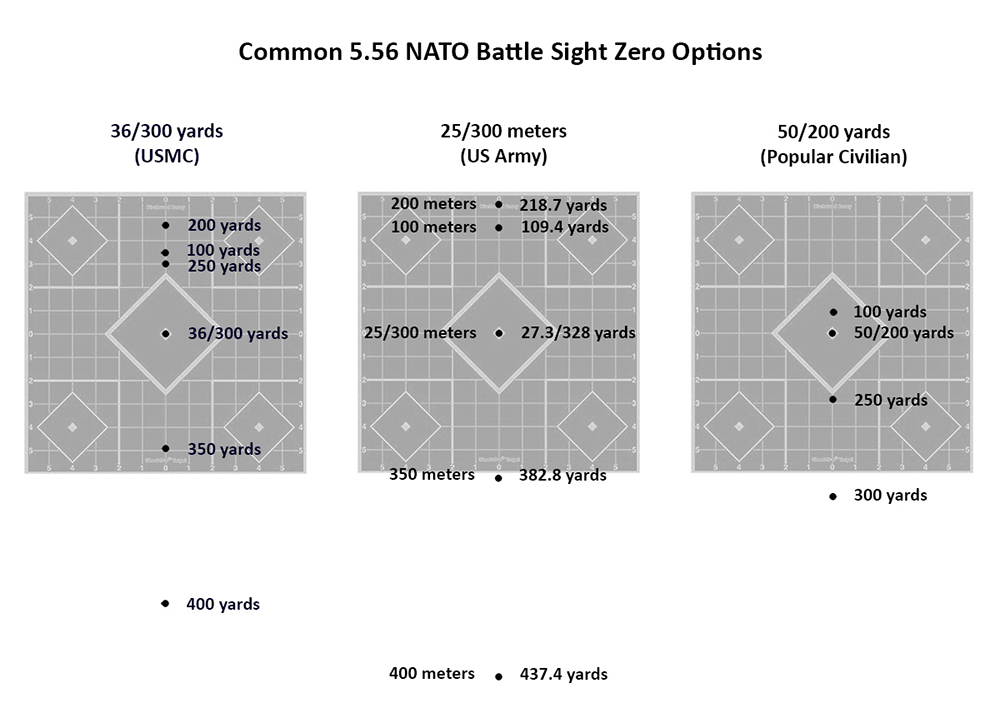 Now that you know how to zero your red dot sight, you have to decide what distance to actually zero it for. You’ll often hear that the buzz answer to a lot of generic questions is that “it depends on the intended purpose.” This is one of those situations.

Above, you’ll see where the point of impact is for 5.56 bullets when zeroed at three different distances while the point of aim is directly in the center (bullseye) of the target. Below, we’ve gathered the most commonly used zeros and will briefly explain why one might want to zero their red dot sight or other optic at that distance.

For handgun users with red dot sights the 15 yard and 25 yard zeroes are most popular because the chances of people engaging targets at distances much further than this doesn’t happen very often, if ever. Whether you’re a law enforcement officer, competitive shooter or conceal carrying for self-defense these two distances will both work because the dispersion of shot groupings at different distances are pretty close to each other.

We prefer the 25 yard zero because if you zero your handgun’s red dot sight at 25 yards, if you shoot the same paper target at 5 yards, 12 yards and 25 yards you’ll see that each grouping will overlap with each other. Whereas, with a 15 yard zero, if you engage the same paper target at different distances of 5, 12 and 25 yards you’ll see that each grouping might be separated by about an inch of distance. Plenty good for self-defense but that’s generally what will happen when you zero a red dot sight on a handgun at any distance from 15 yards and lower.

The 25 meter zero is most commonly known to be used by the US Army. When zeroed at 25 meters, the point of aim and point of impact is also the same at 300 meters. Although just one of many subdivisions in the Army, the Army Infantry is very large so they had to come up with a way to train their riflemen as quickly and efficiently as possible. They achieved this by setting an optimal zero which would help soldiers engage targets at a wide variety of distances which they regularly do in marksman qualifier tests.

The 50 yard zero is most commonly used by law enforcement officers and civilians alike. When zeroed at 50 yards, the point of aim and point of impact is also the same at 200 yards. Its popularity is well-founded because if a target is below 50 yards and above 200 yards even, up to 300 yards away, the adjustment needed to accurately hit targets with a red dot sight is very small. The chances of anyone engaging human threats that far away is less likely for LEO’s and civilians but it makes for a great zero often utilized by shooting competitions such as 3-gun events.

The 36/300 yard zero is what the United States Marine Corps uses because it best fits their skill set and tactics. With the type of military conflict our Marines have been involved in the past couple of decades there has been a lot of close quarter combat with building and room clearing in urban environments as well as long distance engagements in rough terrain. Unlike the Army, the Marines are a much smaller branch of the military so often need to be more self-sufficient and independent without always having a definite supply line to support them. That being said, this zero helps Marines confidently engage targets at all distances from point blank up to even an extended 350 yards. Civilians may not always have access to ranges with long distances past 25 yards so this is zero very viable for really just about anyone. For those trying to obtain this zero with less room to work with on the range check out the 36 yard zero guide from Vigilance Elite.

First of all, don’t forget to bring a pair of binoculars or a spotting scope with you to the range or you’ll be kicking yourself in the foot having to walk all those extra steps going back and forth from the shooting line to where the target is. Think about the ranges you frequent, the targets you might expect to engage at a competition or the kind of engagements that might occur due to your work. With that in mind, pick the zero that best suits you. However, regardless of what zero you choose, make sure you train with it. That way you’ll be ready to adjust your aim at any moment given depending on your target’s distance away from you. If you don’t train to be familiar with your zero, it’s really not going to do you any good unless you’re shooting at objects that are pretty close to you, targets that don’t move, or shoot back at you.