Let's say that, theoretically, the world comes to an end. We are talking about a nuclear holocaust, zombie apocalypse, or a ‘Red Dawn’ situation, with an enemy force assaulting U.S. soil. The average armed citizen wouldn't pick up a hand gun or shot gun, they would ultimately choose the AR-15.

If you are prepping for the end of the world, but you are doing so on a budget, the AR-15 is about to become your best friend. It is a relatively inexpensive rifle platform, offering accuracy, durability, and numerous caliber options for a reasonable price.

At last estimate, there are between 5 million and 10 million AR-15 rifles in the United States alone.

In a combat scenario, the U.S. military trusts only those firearms that pass extensive durability and reliability tests before the weapon ever enters a combat zone. Over the years, the AR-15, and through rigorous testing, the M16 and M4, have passed countless safety, durability, and reliability tests in rugged environments and active combat scenarios.

Overall, firearm enthusiasts and researchers praise the AR-15 for its immense durability. You could drop your rifle, fire a few thousand rounds, and come away with a functional firearm.

With the widespread availability of the AR-15 (see above statistics), it is safe to assume you can find replacement parts, including barrels and aftermarket accessories, for any rifle component you desire.

Furthermore, both firearm circulation and production will ramp up well before the end times strikes the country. You will have every opportunity to  stock up on spare parts for your AR-15, and then some extra for down the line.

Good luck finding spare parts for, say, an AUG or M249 in circulation throughout civilian markets. 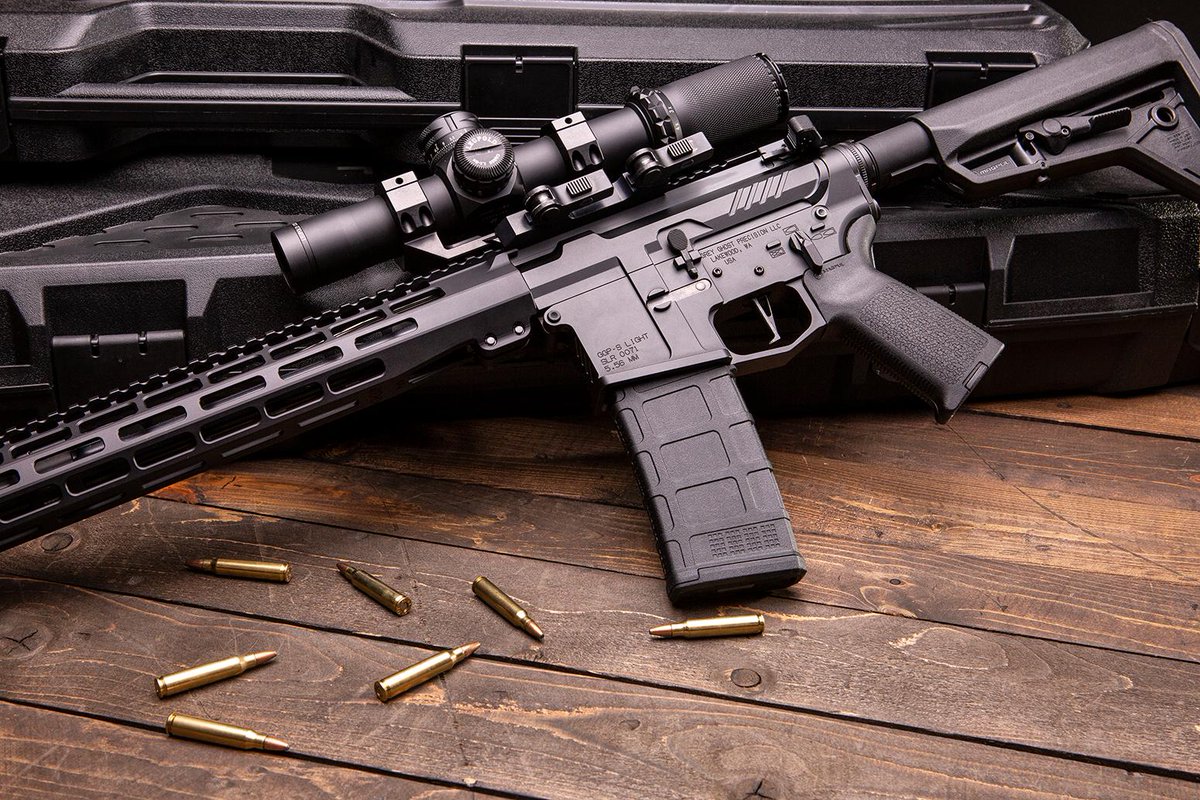 If SHTF, you want a firearm capable of putting down a threat or hunting with routine success. For that, the AR-15’s iconic 5.56 round will serve dutifully. It is weak compared to other rounds, like .30-06. However, the 5.56 produces enough kinetic energy to take down a target at just over 500 meters.

From the get-go, the AR-15 is designed for modularity. If you want to swap out the fixed A2 stock for an adjustable one, like the Fortis LA Stock, by all means, do not let anyone stop you. If your goal is to increase accuracy and sight picture, why not equip a foregrip and red dot sight? Both are readily available and easy to mount to your rifle.

To successfully fire your AR-15, you need ammunition. To funnel ammunition into your rifle, you need magazines. How many do you own right now? If you are serious about prepping in any capacity, you will want to stock up on both ammunition and AR-15-compatible magazines.

Thankfully, both are readily available online and in local stores. You can find fantastic PMAGs for under $20, and you only need a few, though some websites do offer magazines in bulk. You can typically buy ten magazines and receive a deal for buying them all together at once.

One good way to prepare yourself for whatever life has in store is to build a rifle of your own using an 80% receiver. Depending on what state you live in, you may not need to register or serialize your AR-15 if you build it yourself. We have 80% lower receivers available today to get you started!