If you have found an aftermarket service that can cerakote your AR-15 for an affordable price, then by all means go for it! Cerakote is one of the most popular coating methods used today on AR style rifle components such as upper receivers, lower receivers, handguards and smaller AR parts as well. With AR cerakote, you can have those classic military style colors like flat dark earth, olive drab green and urban grey. You can also have fun camouflage patterns such as various Multicam Arid, M81 Woodland or Kryptek Highlander. Virtually any pattern is possible, but of course, the more complex the pattern the more likely the price for it will also be higher.

Can you cerakote an AR?

Yes, you can definitely cerakote an AR and just about any related part other than critical internal components. If you feel up to the task you can even cerakote ar 15 uppers and cerakote AR lowers yourself at home using a cheap spray gun and conventional oven!

Cerakote does not negatively affect reliability in an AR style rifle. In fact it’s the opposite. Cerakote can increase the tolerances between AR15 upper and lower receivers as well. For a more in depth look at the benefits of cerakoting a lower receiver or any AR parts really, check out our previous blog that compares anodized vs cerakote lower receivers.

Does the military use Cerakote?

Yes, our military and armed forces do currently and widely use cerakote AR’s and other weapons coated in cerakote. Cerakote is one of the toughest and durable coatings out there for firearms which of course is important to the military as they beat on their guns and put high round counts through them. There is also the additional benefit of cerakote not being IR reflective. So if the enemy is using night vision, they won’t see a cerakoted rifle’s shining in the distance. But if you were to use a rifle with only an anodized coating it would be like a spotlight identifying yourself and where you are. 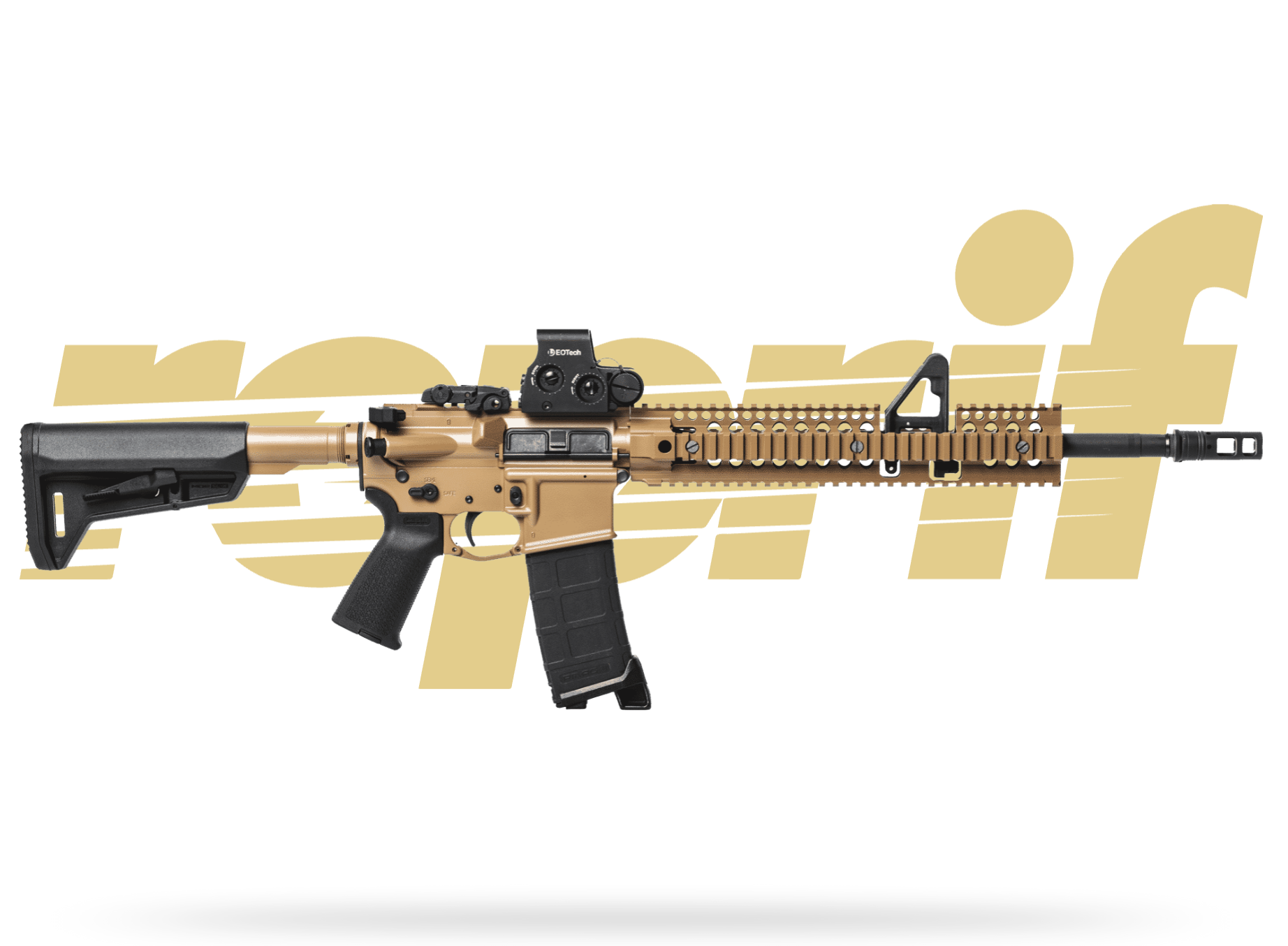 Reprif is an extremely high end cerakote application service with some of the highest quality paint jobs we’ve ever seen. You want something coated in cerakote? Name it, they can do it. AR15s, AR parts and accessories, bolt action rifles, optics, handgun slides and frames, etc. There are a lot of people running cerakote shops these days and some of them are extremely attractive for their designs but also appealing because of their price. We’ve seen some vendors charge as little as $75 to cerakote a handgun slide or frame. Likewise, some of these shops have dope websites with great photos but their work might be inconsistent. If you don’t want to deal with even the slightest chance of being disappointed and if money is no object, just go with Reprif. Buy once cry once right? (Or buy several guns and paint several guns, therefore cry several times) 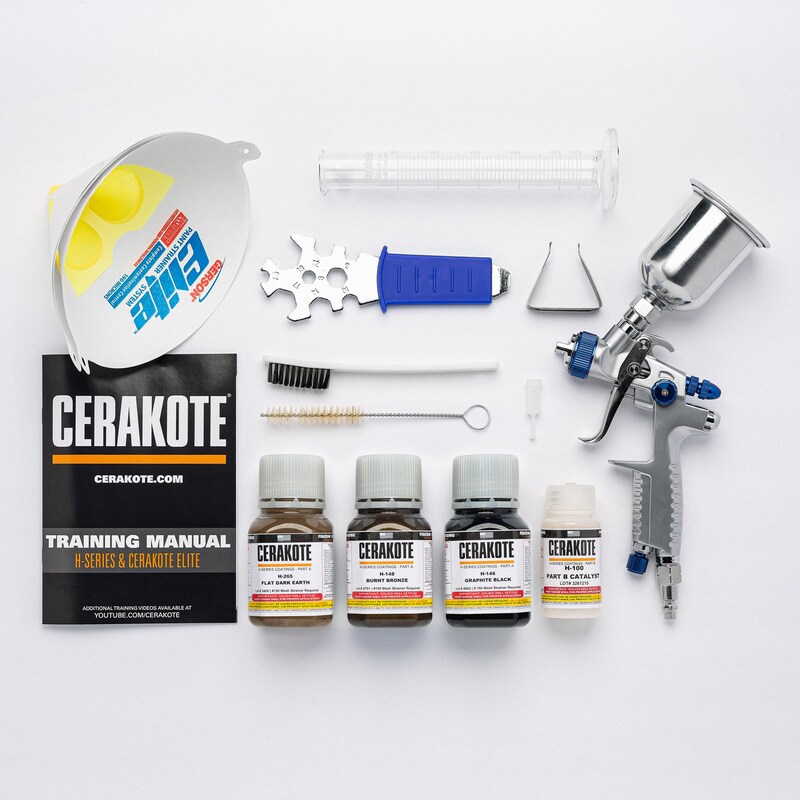 We’re all about DIY projects, so of course we support the idea of cerakoting your own AR15 parts as well. It might look a little scrappy but hey it’s fun and if you get a cerakote AR kit specifically for this project it’ll probably look better than when we rattle canned a couple of AR builds ourselves in a previous blog when we were talking about how to paint a gun.

The cheapest kit that Cerakote offers is the H Series 3 Color Starter Kit which runs for $179.95. Initial reactions might make you feel this is expensive but put it this way, you’ll be able to cerakote much more than just one AR 15 lower receiver. In fact, if you just cerakote AR parts (at least 3 items), you’ll definitely be making it worth this cost. For a kit to cerakote your AR15 or other goodies that go pew, you can buy it directly from cerakote.com or from Amazon as well.

If you want a cheaper alternative to cerakote and don’t mind that edgy worn look you can explore and experiment using any number of the following paints such as spray paint, duracoat, durabake, or Aluma-hyde II. Granted, it won’t be as durable of a coating but you can put on multiple layers as needed and if you accidentally get too thick to the point it’s messing with your tolerances and parts fitment — you can conveniently remove that paint with acetone or sand it down with a sponge or very fine sandpaper.

Get your next cerakoted AR15 lower receiver from 80 Percent Arms!

If you’re not interested in getting your hands dirty or breathing in some stinky fumes you can also opt for any of our  cerakoted 80% lower receivers that already come in cerakoted FDE or ODG. We even have Magpul Pink! Once you’ve settled on a lower, start that build you’ve been putting off and let our customer service team know if you need any help along the way.