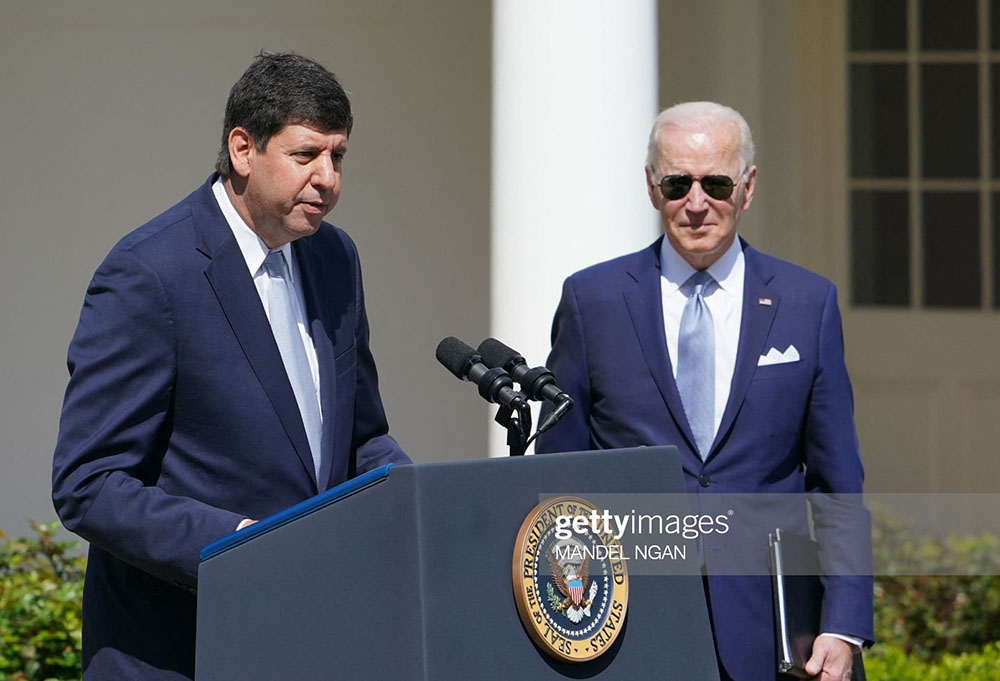 On Monday, April 11th, the same day that Biden announced the release of ATF’s new rule 2021R-05F which redefines 80% lowers receivers and frames to be considered as firearms, he also introduced the country to his next nominee for the position of ATF Director - Steve Dettelbach. If you remember, Biden’s first nominee was David Chipman, a strong opponent to the 2nd Amendment who lost the nomination last year due to extreme public backlash and opposition from GOP leaders.

What we’re concerned about is if this is a simple “rinse and repeat” situation where Biden has simply found another figurehead that holds strong anti-2A values. If anything, the anti-gunners may have learned their lesson and chose someone who is much more low-key about their political beliefs and not as much of a caricature as David Chipman was — making it easier for someone like Dettelbach to be swiftly confirmed by the Senate much like how the latest Supreme Court Justice, Ketanji Brown Jackson, was recently confirmed.

Who is Steve Dettelbach? That’s the question many are anxious to have answered. Republican Senators like Ted Cruz have already expressed the same sentiment, “I have deep concerns with the direction the ATF has taken in the past 16 months, including an obvious and growing hostility toward Second Amendment rights. I’ll need to hear Mr. Dettelbach’s views on this issue in considerable detail.”

Dettelbach is a lawyer who was appointed to be a U.S. Attorney for the Northern District of Ohio for a little over six years and since 2016 has been a partner at a law firm called BakerHostetler, serving as a co-leader for their national White Collar Defense and Corporate Investigations team. His most recent positions on gun rights date back to 2018 when he vocally supported universal background checks when running to be Ohio’s state attorney general.

In the White House press conference on Monday, Dettelbach said that “the ATF are professional, effective and that they do not write the laws…” We’d sincerely beg to differ given the release of the 2021R-05F which completely bypassed the regular lawmaking process to create policies that will be enforced by law enforcement agencies across the country. Sounds like Dettelbach was basically saying, “we’re just following orders,” but we’ll wait for the Senate confirmation hearings before passing more judgment. Check back for more updates on the latest ATF director nominee’s status in the confirmation process.

In the past two weeks there have been two shootings that have made national headlines in two of the strictest states regarding gun control laws. The most recent was a shooting in a New York subway on Tuesday morning, where a shooter fired several shots within a train car (somehow and thankfully killing no one) seriously wounding at least 10 people and causing injuries to several other injuries.

Many videos of the shooting have circulated the internet showing people frantically exiting a smoking train car (caused by a smoke grenade from the shooter) while shots were still being fired. As if this incident wasn’t odd enough, the shooter actually got away but gave himself up to the police 24 hours later. Following these events, the mainstream media sounded off blaming “ghost guns” after the NYPD claimed that that’s what the shooter had used in the attack on the NY Subway along with extended “high capacity” magazines

A revealed photo on Instagram shows otherwise. It looks as though someone simply took their keys and made some scratches to the serial numbers on the shooter’s 9mm Glock. This is one of the many issues we have with agencies and anti-gunner organizations claiming so much crime and violence is to blame because of 80 percent lowers or “ghost guns.” How are they reaching these numbers for conclusion? That’s what we want to know.

Last week, a gang related shooting tore up a bar in downtown Sacramento, California state’s capital city and another strict state with demanding gun control laws such as magazine capacity restrictions, 10 day waiting periods to purchase firearms, mandatory background checks for all firearms and ammunition transactions; the list goes on. Now, it’s been revealed that one of the suspects that were arrested for Sacramento shooting was paid $7,500 by the Sacramento County to settle a 2018 lawsuit where the suspect accused a jail guard of allowing him to be assaulted while in custody of the Sacramento County Jail.

Along with several pre-sentencing credits, the settlement also led to the suspect’s early release, cutting his original 10 year sentence down by more than half. As a reminder, this suspect currently faces charges for being a felon in possession of a firearm, possession of (illegally-converted) machine gun and possession of a stolen firearm.

What does gun control do? The mainstream media continues to revel at the fact that we live in a time of heightened gun violence and related crimes to firearms. But if you slightly change the perspective on this issue, one could easily see that we’re also in a time where we’ve never had stronger and more restrictive gun control laws in the nation, yet crime continues to occur. People are still dying. We wonder why.

Gun control does not stop criminals from committing crimes. Biden’s war on guns is not working.

If you appreciated this blog, please share it with your friends and if you aren’t already, subscribe to our Weekly 2A Newsletter where we cover the most important topics that you need to be aware of concerning your second amendment rights.

Have topics you would like to see us touch on, or any feedback for us? Make sure to leave a comment below! We want to make sure we are putting out news relevant to our customers and what you want to learn about! Knowledge is power, and the more informed we all are to what's going on with our rights, the more effectively we can fight back.