Folks often refer to the AR-15 as ‘America’s Rifle,’ and for a good reason, too. It has quickly risen in the ranks to become one of the most iconic firearms on the market today. It is a highly customizable, accurate, durable piece of weaponry ideal for hunting, sport shooting, and even home defense.

If you look at the AR-15 from a technical standpoint, you can trace its lineage back to the original design, which subsequently birthed the M16 and M4 used by our nation’s military.

For these reasons and a few others, the AR-15 is the rifle we, as Americans, rely on each day.

Easy to Learn and Shoot

First and foremost, you should know that the AR-15 is one of the easiest rifles to learn and shoot. Some claim the AR-15 is more accessible than a pistol or shotgun, both of which were the most recommended firearms for home defense at one point.

Why? The AR-15 is extremely ergonomic. It is comfortable and straightforward to hold, and when you fire, the recoil is very controllable. For a new shooter, these simple facts make it a great first rifle.

If you chamber your AR-15 in .223 Remington or 5.56x45mm, you will find it has little to no recoil, especially once you learn a proper firing stance.

The recoil is so low that men, women, children, and even a few elderly folks across the country are willing to pick up an AR-15 to shoot at the range or in defense of their homes.

On average, the AR-15 is a mere 6 pounds without a loaded magazine inserted. With the stock rifle being so light, you are free to attach any accessories you wish. A few popular choices are red dot sights, laser sights, flashlights, and foregrips. Each one will add to the total weight of your rifle, so it is a trade-off.

Furthermore, once you have chosen your ammunition type, you may then browse magazine capacities for your new rifle. The AR-15, depending on where you live, accepts 10-round, 20-round, 30-round, and 40-round magazines. If you run through ammunition quickly, you will be happy to know that the AR-15 also accepts drum magazines. 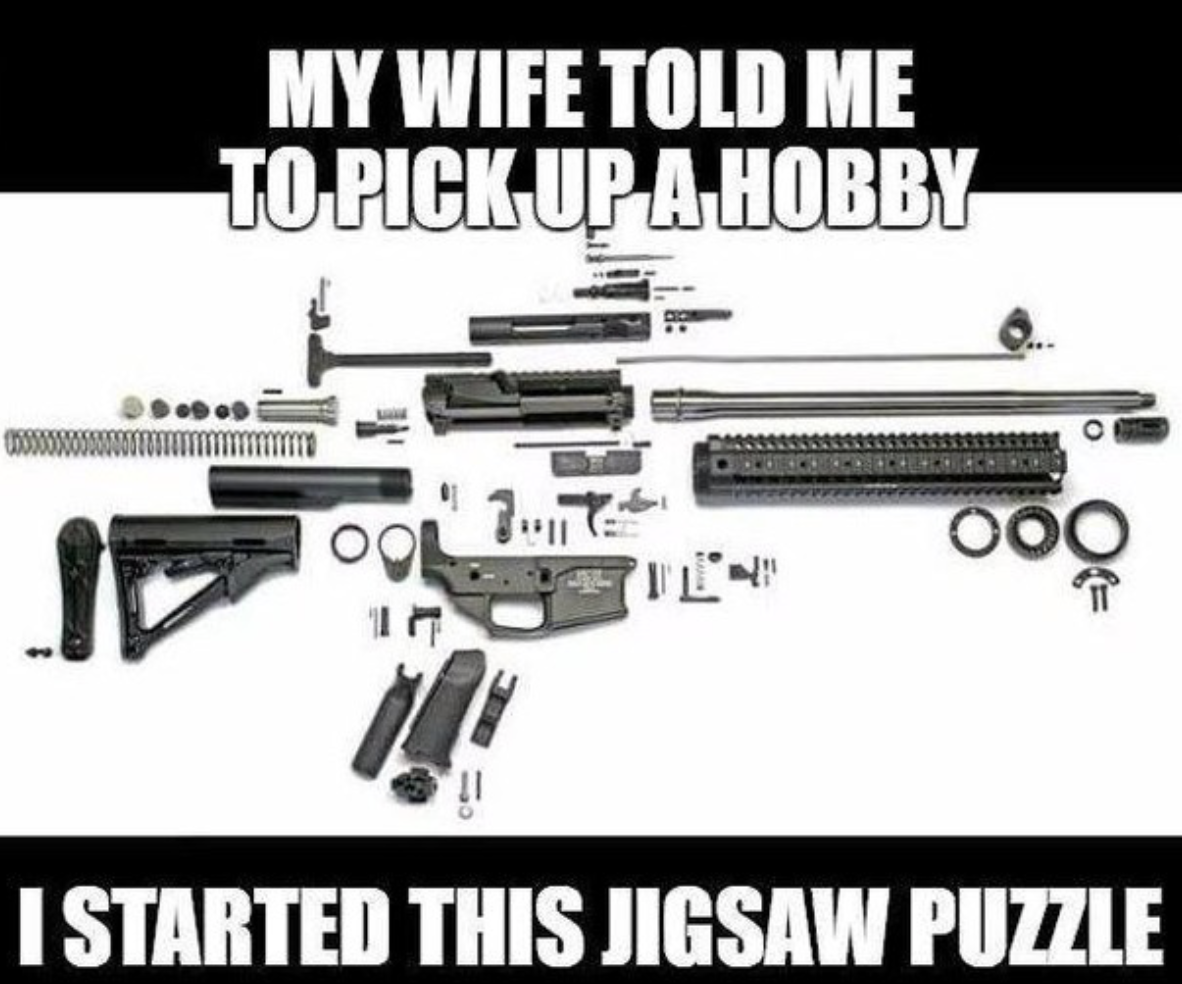 As we previously mentioned, the AR-15 is highly customizable. You can attach several stocks, pistol grips, foregrips, muzzle attachments, lasers, lights, scopes, and sights; the options are seemingly endless.

Even better is, after all this time, firearm manufacturers are continually innovating and releasing new tactical attachments for the AR-15. If you follow the industry, you will know when new accessories are released to the market so that you can scoop one up. 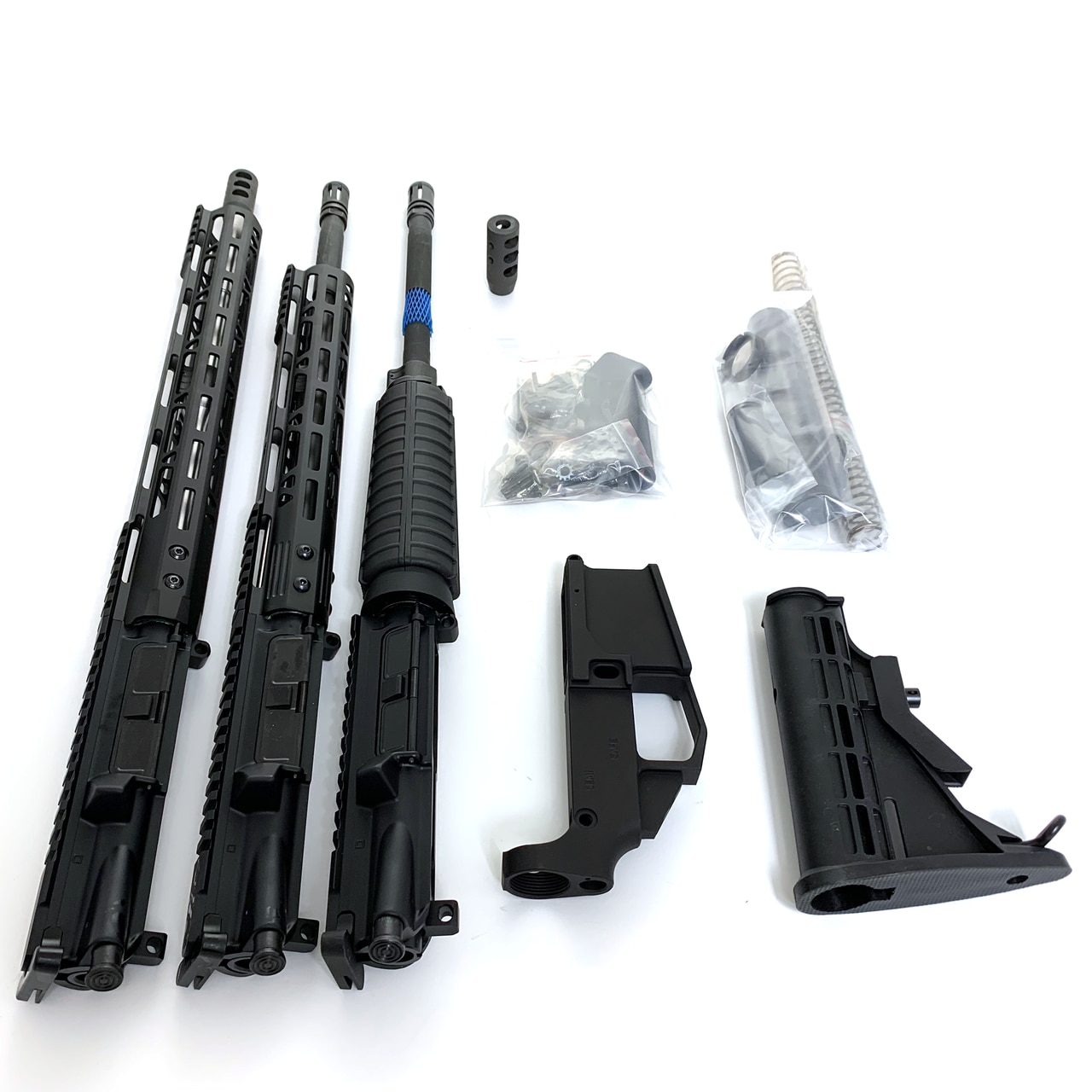 A popular option these days is that you build your very own rifle instead of buying a stock rifle from a local gun shop or gun show. With an 80% lower, along with the right equipment, you will have a say in what components your rifle consists of, including the upper, bolt carrier group, barrel, stock, and more.

Furthermore, when you build an 80% rifle, you may not need to serialize or register your firearm, depending on the state you live in. Like California, a few states require you to serialize your lower receiver and register your newly built rifle with the Department of Justice.

A couple of states, including New Jersey, New York, and Rhode Island, outright ban the sale and ownership of 80% lower receivers, so do not even try to buy one or build a rifle there. You will receive an unkind knock on your door from the ATF, and no one wants that.

If you are interested in building an 80% AR-15, using a blank receiver as a base, we have everything you need available and ready to ship to your doorstep!