With any product already on the market, the drive and need to create better versions of these products is always there. Vehicles, for example, have come a long way from the Ford Model T, which was the first vehicle most Americans could afford. From wooden spoke wheels and a 20-horsepower engine to vehicles today that have features like seat warmers and computers that drive and park them, it’s impossible to say that there wasn’t an upgrade in their design over the years.

Similarly, firearms have had their upgrades over the years, too. From hollowed out bamboo shoots with ignited black powder in their rear propelling the projectile forward to firearms today with gas-operated reloading systems, firearms have come a long way from where they started in the 10th century. With these various upgrades, it’s simple to guess that these improvements not only happened to make these firearms more precise and safer, they’ve also been made to make firearms have more customizable features and accessories available to them. This is one of the reasons that the M-LOK rail system was made.

MLOK Rails are now seen everywhere, including the famous Honey Badger by Q

The M-LOK Rail System was introduced to the world by Magpul in 2007 by way of its predecessor, the MOE slot system, which was introduced along with their Masada Concept Rifle. The MOE slot system was later released in 2009, coming as a feature on Magpul’s MOE handguards. Unfortunately for the MOE slot standard, it had a huge drawback to its system, (a design flaw which made using it difficult and limiting for any firearm it was mounted to), which basically ended its run and ensured it was never officially released to the public.

Going back to the drawing board after seeing the failures of their previous design, Magpul created the M-LOK as a new and improved system for mounting standards, which they released in 2014 to replace the MOE system. The new M-LOK rail system had several improvements from the MOE system including using metric dimensions versus imperial dimensions and being designed so it could be compatible with free-floating handguards. The M-LOK system was also made to work with both polymer and metal parts, which allows it to be more widely compatible with accessories and firearms.

An M-LOK Rail System looks like a long tube that has sections cut out along the entire length of the piece and all around the piece, which allows for M-LOK accessories be mounted to many different parts of the system. Each open slot measures 20 mm in length, which gives shooters the option to choose whether they would like to mount an accessory every 20 mm, or every 30 mm, since accessories can be mounted between the slots as well. The accessories vary, but some of the more popular accessories include scopes, lights, sling mounts, and grips. This rail system is compatible with many different firearms, which means that many different firearm owners can use this system.

Why You Need and M-LOK for Your Firearm 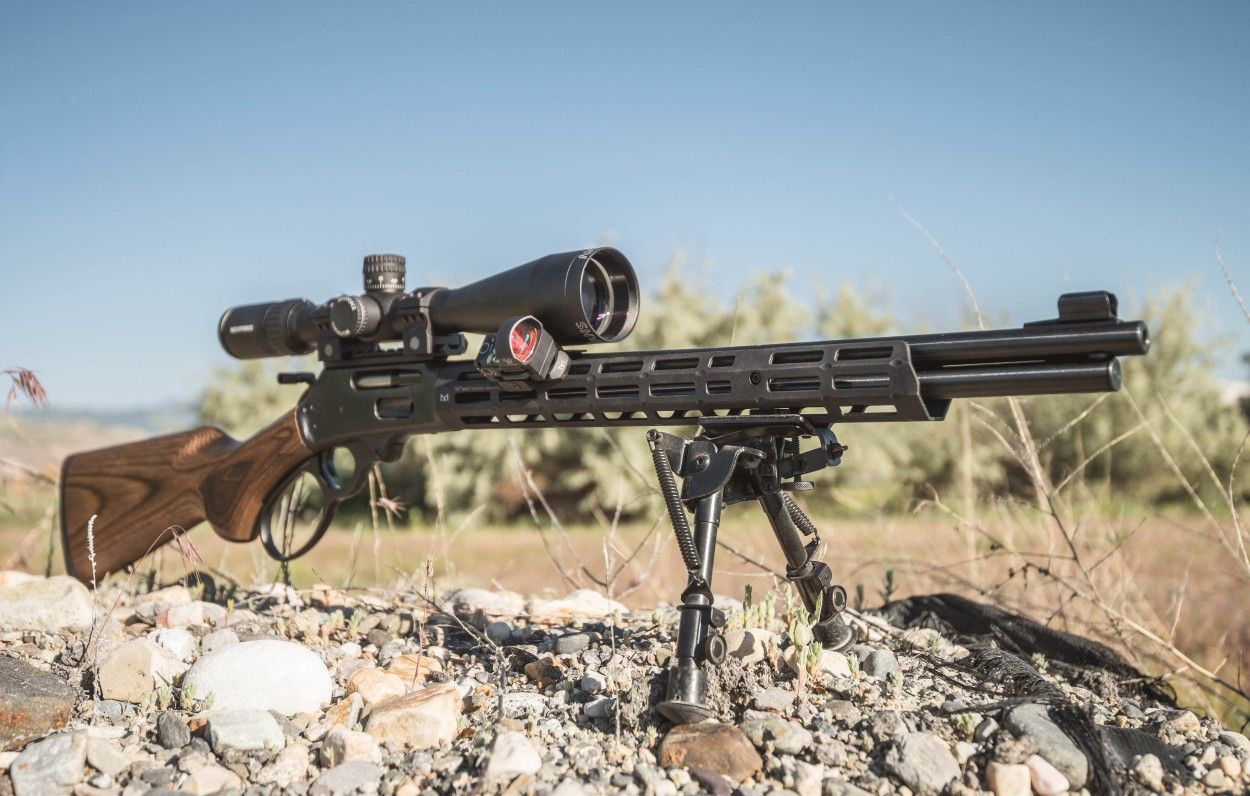 We aren't sure how to feel about this... But we can't argue that it isn't useful

When it comes to accessories, let’s face it, we all want them. If you were given the choice between a scoop of vanilla ice cream and a hot fudge sundae, most people will choose the sundae. We like having additions for our personal items, and we like knowing we have the freedom to change them or upgrade them as we wish. That’s one reason so many people rush out to buy new items so often. Items such as phones are upgraded every year, and since a lot of the new upgrades cannot be transferred to an old phone, people feel the need to go buy a new one. By having a M-LOK Rail System, firearm owners don’t need to go buy a new firearm every time an upgraded accesory is available on the market.

Basically, this system allows for users to make a firearm that will work for them and their needs. Perhaps an avid hunter is also a competing shooter. Having an M-LOK system would allow this individual to have one firearm that can be outfitted for two separate events such as hunting and competitive shooting. If you have ever need a quick-detach bipod, MLOK is your solution. Or even further than that, let’s say a firearm owner really likes the way a friend has their firearm setup, and so by using their M-LOK, they can have a similar, if not the same, setup that they liked so much.

The M-LOK rail system is a great addition to any firearm that is compatible with it. It’s worth doing some research over or even going to a store to talk with a knowledgeable salesman about. If in the end you decide it’s not for you, no problem. If you decide it’s what you need, though, you will open your doors to a wide range of configurations and possibilities for your firearm, which can result in some fun days at the range or out hunting.

Your Firearm and its Accessories

If you’ve made the decision to look into getting an M-LOK system for your firearm, be sure to talk to the people who know it best. At 80 Percent Arms, we know all there is to know about M-LOK rail systems, and we’re more than happy to answer your questions and point you in the right direction of which M-LOK is right for you. Come by our store today, or go online and see what we have available. We’re ready to help you, so don’t hesitate in contacting us today!