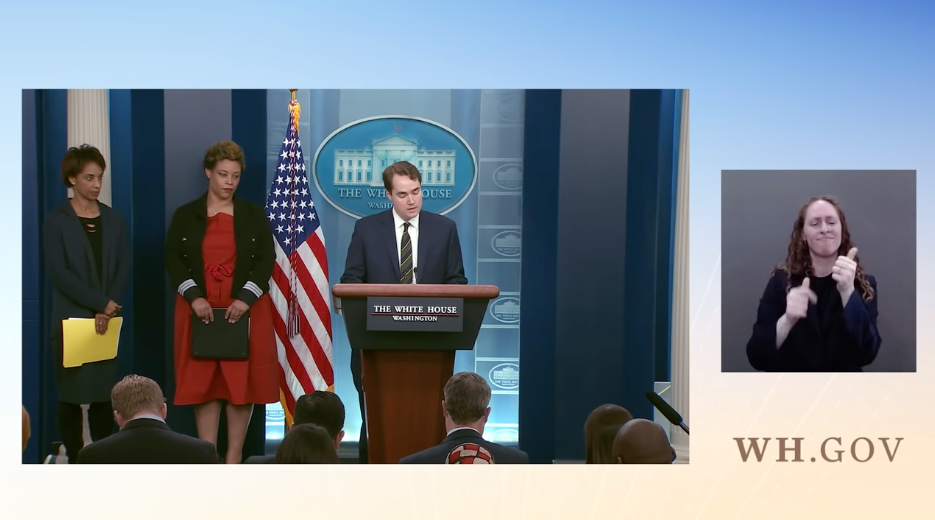 This week the White House had two separate press briefings in which President Biden spoke at one of them to publicly announce his 2023 Fiscal Budget. If you missed it, both briefings barely grazed over the topic of gun control; however, Biden stated that his belief is that we need to be funding police departments with more training and resources instead of defunding them. He also claimed that police need extra psychologists and social workers just as much as they need more rifles… interesting to say the least.

As the president went off script in his speech, he supposedly addressed the Russian people to express his belief that Vladimir Putin should not be the leader of Russia anymore. Though, that doesn’t necessarily mean there were any fundamental policy changes for US Foreign Policy or plans to make that a reality through American efforts. The press was all over Biden for his flippant statements and was forced to quickly backpedal while justifying his remarks.

On the same day, the White House also posted a blog titled, “ Taking on Gun Crime and Violence with a Whole-of-Government Approach.” In the very first paragraph of the WH blog, the Biden administration reminds us that they plan on utilizing $350 billion from the American Rescue Plan for cities, counties and states to be able to hire more police officers and invest in so-called ‘proven strategies’ like community violence intervention. Of that budget, at least $50 million will be used to also expand the ATF to take on “ghost guns” and illegal firearms trafficking. Lastly, the article also officially named the people who would be leading efforts in these endeavors to “take on gun crime.” Too long; didn’t read? Biden is starting, what’s really tantamount to a “war on guns” on the same level and way that the US government has spent over a trillion dollars in fighting their “war on drugs” over the past 50 years. Try chewing on that for a week. 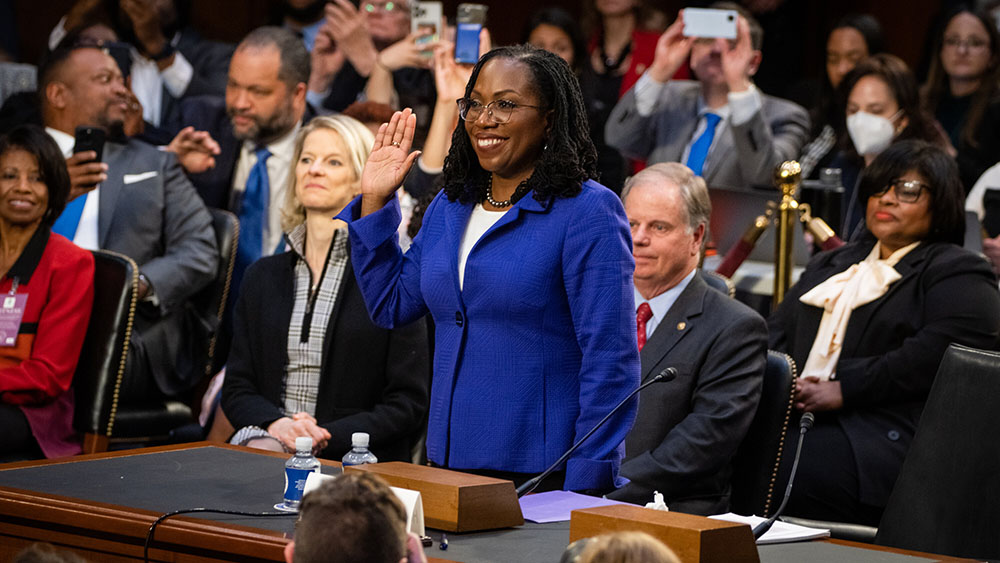 When Justice Ruth Bader Ginsburg passed away in 2020, Amy Coney Barrett was later confirmed in the Senate giving conservatives another leg up on the bench for cases to be voted on with more right leaning values in mind. The current Supreme Court bench seats nine justices, of which, six are conservative while only three are liberal. Hence, why we’ve been so excited lately about gun rights’ cases reaching the highest court in the land such as New York State Rifle & Pistol Association v. Bruen. 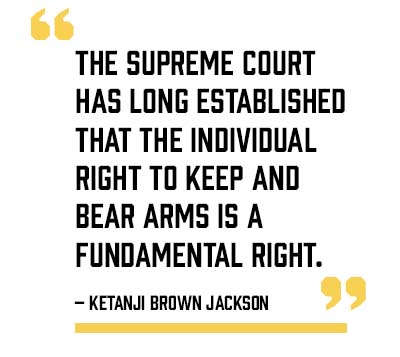 What led up to Biden nominating Ketanji Brown Jackson, a public defender turned federal judge, was the announcement that Justice Stephen Breyer was planning on retiring. If Jackson is confirmed by the Senate, she will replace a fellow liberal leaning justice — so how concerned should we be? Well, there’s a couple things we can look at to draw some conclusions. 1. Look at her track record. 2. What are the people saying?

One of the most unique factors about Jackson’s background is the fact that she got her start in law after Harvard Law School as a public defender. Never in the history of any Supreme Court justice has there been one with this type of legal background. In a sense, that makes her legal experience unique and valuable in representing those who are most vulnerable in this country. But what about gun rights?

While Jackson did say in her first confirmation hearing, “The Supreme Court has established that the individual right to keep and bear arms is a fundamental right…” Our friends at Gun Owners of America and The Truth About Guns aren’t convinced, and for good reason! Justices Kagan and Sotomayor said the same things at their confirmation hearings. Why did these three people choose to say something along the same lines instead of blatantly voicing their opinions of disagreement with the 2nd Amendment? It's quite simply really, to get past the senate confirmation hearings without raising any red flags. A smart nominee would wait to show their true colors once they begin reviewing cases as a Justice as Kagan and Sotomayer have done. According to Pew Research, currently more Americans support Jackson’s nomination than oppose it.

Two long-time organizations for studying the prevention of gun violence have recently merged to form a new research center at the Johns Hopkins University in Baltimore, Maryland. The merger includes the Johns Hopkins Center for Gun Violence Prevention (founded at the Bloomberg School in 1995) and the Education Fund to Stop Gun Violence (a non profit organization that started in 1978).

According to the Bloomberg School, 45,000 people died from firearms in 2020 with over half of them being suicides. But apparently the context from that last bit doesn't matter? Anti-gunners only care about the overall number of deaths and not necessarily the cause of those deaths which could be gang-on-gang violence, officer involved shootings or more situations that are often overlooked. The Trace put out numbers for 2021’s gun-related deaths (excluding suicides) and there were just under 21,000.

Not to be crass, and we do mention this quite often in our blogs, but over 10,000 people die of drunk driving every year in the United States causing over $44 billion in annual damages. Over 659,000 people die every year of heart disease as well which is often caused by obesity. You don’t see politicians banning alcohol or Cheetos do you though?

Point being, the next time you hear about arbitrary numbers concerning gun death statistics, remember this blog and remember that there are far more people that die every year in America from plenty of factors other than guns.