In a shocking move against constitutional rights, the State of California has filed a lawsuit against the Bureau of Alcohol, Tobacco, Firearms, and Explosives (more commonly known as the A.T.F.), to not only make 80% lowers illegal in California, but to have a FEDERAL BAN enacted nationwide. We here at 80 Percent Arms were also specifically targeted in this lawsuit because we have made it “too easy” for our customers to build a rifle at home.

California claims that the ATF violated the Administrative Procedures Act (APA) when they gave determination letters to the various companies that sell 80% lowers or “Receiver Blanks”. They are claiming that the ATF’s definition of a receiver blank is wrong, and that their own definition is correct. If the judge were to rule in favor of California, they would go forward and get to redefine what an 80% lower is, effectively banning them nationwide.

Joe Biden recently held a secret meeting with the leadership of the ATF, Director Regina Lambardo, in order to “get a grasp” on what the ATF’s top priorities for the coming year would be. Turns out, it's banning 80% lowers and pistol braces. What many people don't realize, is that the ATF operates largely on opinion letters. This is largely due to the Administrative Procedures Act mentioned earlier. The APA does not allow the ATF to create laws. There is a long process to change an actual law, changing an opinion letter can happen literally overnight, and the ATF tends to be easily controlled by the President.

With it looking likely that Biden will take office in January, there is a very real possibility that 80% lowers are in real danger. We shouldn’t forget that Trump banned bump-stocks practically overnight with an executive order, and there isn't anything stopping Biden from doing the same thing. 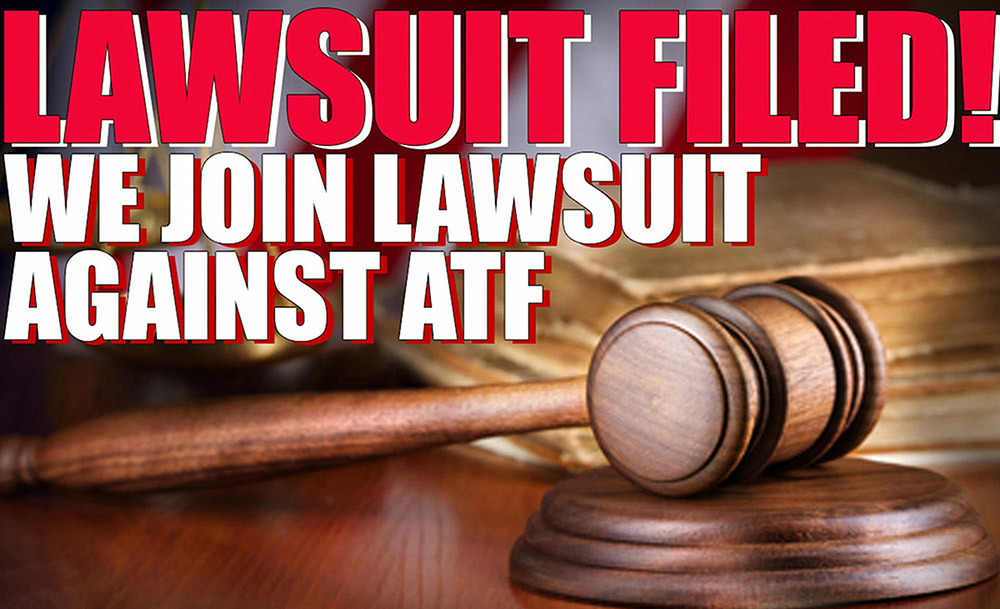 In return, we've teamed up with the FPC to fight against this injustice. We have recently joined a lawsuit against California to fight back against a blatant attempt to infringe on 2A rights.

The type of lawsuit we've specifically filed is known as an "Intervention". The ATF, being the defendant in the main lawsuit put forward by California, has no stake in the outcome of these proceedings. They may want to defend their decisions, but in all likelihood, they don't care about the outcome.

Which is exactly why we stepped in. The FPC has been an instrumental factor in the fight for the second amendment, and we think that by combining forces we stand a good chance of stopping this lawsuit in its tracks.

You can find out more details about our lawsuit here

We really have our work cut out for us in the coming years, and we encourage you to go on social media and spread the news to your friends and family. Public outrage has won many battles in the past and the Second Amendment is really going to need all the voices it can get over the next few years. Lastly, stay up to date, and make sure to subscribe. Have a topic you want covered? Leave a comment down below!