The AR-15 is a gun of choice for many individuals owing to how easily it can be modified and adapted for various purposes such as shooting competitions, plinking, hunting, and self-defense.

The ease of building an AR-15 is another attractive quality of this firearm. Any gun enthusiast or a novice can build from the ground up with the right parts.

Building an AR-15 at home is the most affordable way of owning one. Plus, you can customize it however you like, depending on your preference and needs.

Still, the question remains, how easy is it really to build an AR-15? Read on to find out!

Parts for Building an AR-15

The AR-15 parts are mainly divided into the upper receiver and the lower receiver. You can buy these parts at different stages of construction. Here is a complete list of the parts you need:

Lower Receiver Parts: Let’s look at these parts in detail. We’ll summarize the parts and the important specifications. 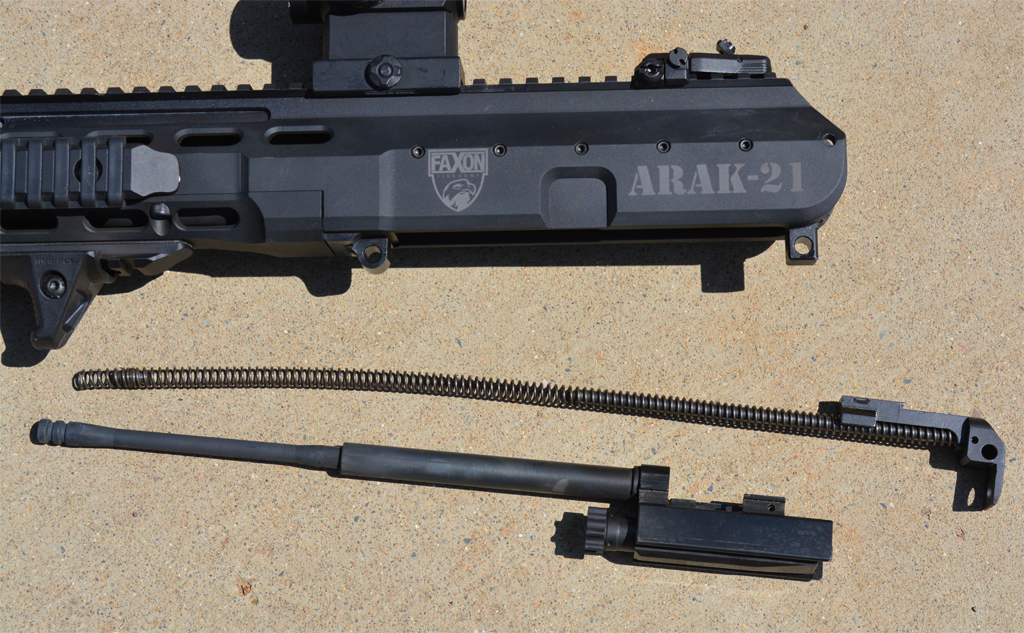 The AR-15 barrels determine the shooting range, the accuracy, how far you can shoot, and the caliber you are going to use. While choosing a barrel, consider:

The gas system is responsible for the rifle cycles and ammunition feeding. The hot gas from each fired shot in your AR-15 forces the bolt carrier group (BCG) back, ejecting the spent cartridge and chambering a new round.

The gas blocks, on the other hand, are available in four options; the pistol gas block (four inches), the carbine (seven inches), the mid-length (nine inches), and the rifle (12 inches).

For a typical 16-inch rifle, a mid-length system is more appropriate. This choice is reliable and comfortable in terms of recoil. For a pistol between 11 inches and 14.5 inches, a carbine gas length system will work best. For any barrel below 11 inches, a pistol-length will suffice.

If you need attachments on your gun instead of a flat-face handguard, then you must choose one of these attachment systems – the M-Lok, Picatinny, and Keymod. These systems allow you to attach other accessories, including flip-up sights, lasers, and flashlights among others.

Bolt carrier groups (BCGs) are standardized in the AR-15 world. This group functions by allowing the firing pin to hit the cartridge in the chamber while ejecting the spent shell casings before it chambers a new round. If, for example, you are building a typical 5.56/.223 shooter, then your choices will be between the standard AR-15, M16, or Full-Auto BCGs.

Consequently, the charging handles are also universal. Most of them get the job done. However, you can also choose custom ones with extended grips.

The AR-15 uppers come in various styles, including the A1/A2/A3/A4. These numbers refer to the designs of the upper receiver with A1 being the earliest form and A4 being the contemporary type found on most AR-15s.

Worth noting is that the A2 upper receiver comes with a handle that works only with specific types of scopes and mounted optics. The A4, on the other hand, supports many types of mounts.

For your AR-15 building, you can use the M4 upper. It has a picatinny rail ideal for various quick detach mounts and scopes compatible with the AR-15.

You can also opt for the basic stripped upper receiver. It houses the BCGs and the barrel and is easy to customize. Most of them are universal and ideal for building an AR-15 gun.

The stripped lower receiver is the only part of the AR-15 considered a firearm under federal law since it can function with a trigger. You can use this option for your AR-15 building or buy an 80% lower-receiver blank that needs fabrication for it to accept a trigger and the parts kit. If this is your first time building an AR-15, then go with the stripped lower.

These receivers typically have standardized dimensions, and they use the same trigger, parts kit, buffer tube, and pistol grip for the same caliber.

The most challenging part in assembling the parts for an AR-15 is putting together the lower parts kit. The components include a grip, safety lever, operating springs, trigger, hammer, bolt catch and release, buffer retainer, magazine catch and release, and takedown pins.

Although installing them is pretty much tedious, the process is straightforward. These parts don’t vary in their design or build. As such, everything should fit in place perfectly.

The buffer assembly incorporates the buffer tube, buffer, and the spring. The buffer controls the BCGs recoil as well as the buttstock. Buffer tube diameters are specified with words such as "commercial" or “mil-spec."

Mil-spec components are usually forged, but the commercial types are made from billet. This is what differentiates their diameters. The commercial receivers have a buffer tube with an outer diameter of 1.17" whereas the mil-spec receivers use a 1.14" outer diameter housing. While the two are not interchangeable, they still use similar recoil spring and buffer.

The recoil springs in all AR-15s are universal.

Putting It All Together

Before you start building your AR-15, make sure that you have a schematic to utilize as a guide in making the parts assembly. Also, arrange all the tools you need on the workbench and all the parts on a mat. Then group all the parts according to their category.

For the sake of this tutorial, we will assume that you are a novice who just bought the lower parts already assembled.

The following steps are for assembling the AR-15 upper receiver parts. 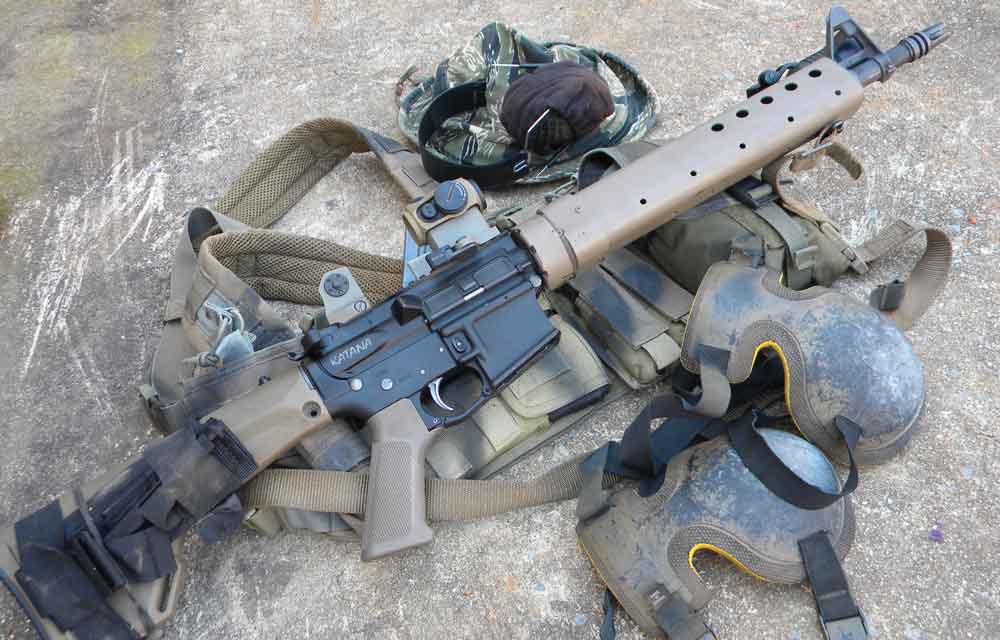 Step 5: Install the Charging Handle and Bolt Carrier Into the Upper Receiver

Step 6: Install the Upper Receiver Into the Action Block