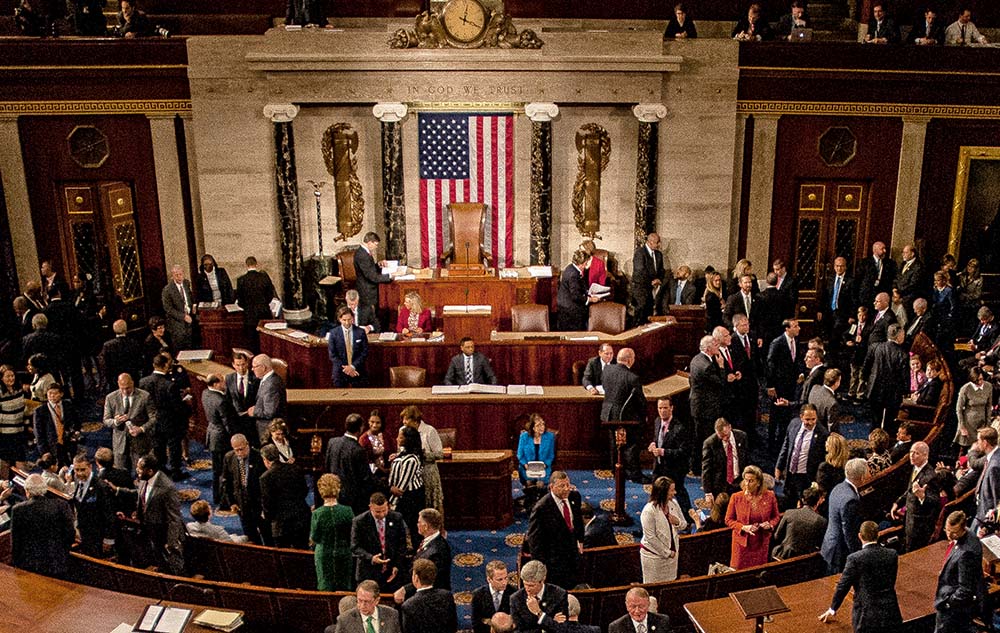 Let’s talk about gun confiscation. (Yeah, we’re not beating around the bush this week.) Honestly, that’s what the media and the anti-gunners want and are building towards. Once again, the mass media has proven why they cannot be trusted and how the vast majority of them simply copy each other in creating buzz headlines or one-liners for the sake of ratings; truth and facts be damned.In the past week, have you seen several articles from multiple news sources saying that “the Senate has finally reached an agreement on guns?” False. Nothing has been voted on nor has anything been decided in the Senate yet. What actually transpired was that a bipartisan group of 20 senators (10 republicans and 10 democrats) publicly announced their support for a proposal, not an entire bill.

Included in the proposal:

The proposal is in direct relation to the bill we’ve been talking about for a few weeks now following the tragic Uvalde Elementary School Massacre, H.R. 7910 (Protecting Our Kids Act). So to be clear, this is far from over. While we fully expect there to be some unconstitutional suggestions, it’s too early from anyone to comment or take a position since the Senate has not even taken form as proposed legislation just yet. Don’t get confused by the headlines and don’t let others be so easily fooled by mainstream media either. 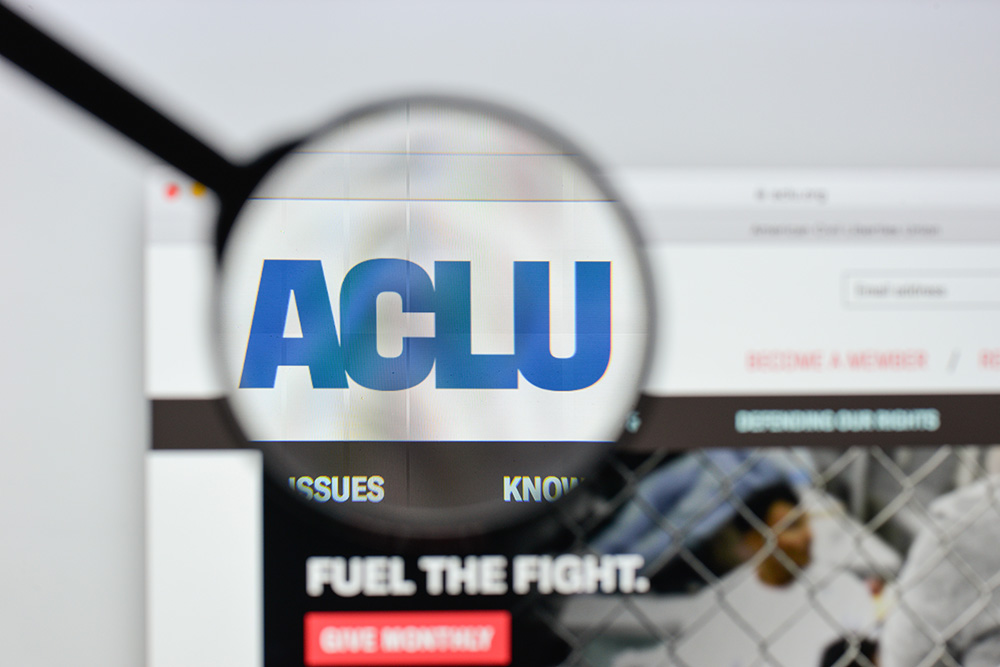 When someone says “ACLU,” the automatic thought that comes to most minds is probably not “pro 2A supporter.” Yet, we found ourselves reading about multiple instances of even the American Civil Liberties Union taking a stand against those who would erode our constitutional rights. *COUGH,* Gavin Newsom, *COUGH.* Excuse us. It's not COVID, we swear.

As early as 2013, the ACLU issued a statement on their take of gun control and the Second Amendment. Their overall analysis showed that ever since the United States v. Miller case, it was widely understood that the Second Amendment protected a collective right rather than the individual right (semantics). However, regardless of the ACLU’s opinion, that legal precedent changed in 2008 when the Supreme Court voted in the D.C. v. Heller case which held that the 2A protects an individual’s right to keep and bear arms, whether or not associated with a state militia.

Which brings us to today. California Gavin Newsom strongly objected to Texas’ Abortion Ban S.B. 8 and in response he sponsored a bill last month, SB 1327 which sought to use the same framework in which the general public is essentially encouraged to bring costly and harassing lawsuits against those who sell, manufacture or distribute firearms. (Just as the general public was encouraged to sue abortion providers and even those they suspect of helping someone obtain abortion care… Sounds awfully like a red flag law. Here’s what the ACLU thought of Gavin’s plan:

“We believe it is a serious misstep to further entrench that flawed logic. In doing so, California will be promoting a legal end-run that can be used by any state to deny people an effective means to have their constitutional rights protected by the courts. This will continue to be replicated in states across the country-and with California’s endorsement… inevitably escalating our ongoing and dangerous polarization, where the enforceable constitutional rights that a person possesses in one state will differ from those that a person possesses in another. But your rights under our nation’s Constitution should not differ depending on where you live in the U.S..”

Couldn’t have said it better ourselves. Along with the NRA, the ACLU also opposed another California gun control proposal earlier this year in March when a bill required parents to report gun ownership to schools when registering their kids for school. Parents would have been required to state whether there was a gun in the house, if it was safely stored and whether their children had access to it. Thankfully, the bill was defeated and did not come to pass into law.

Yahoo News recently interviewed Kris Brown, the president of Brady United, one of the many gun control groups that advocates and lobbies against the Constitution and she clearly defined what their group wanted Biden to do without the help of Congress:

These people make it clear that they have no understanding of the gun industry, the thousands of gun regulations already in place and that they have no desire to. So they continue to demand for more, push the envelope; while we suffer from an evergreen virtue signaling spree.

Response to (1): Several public officials have already declared gun violence as a “public health epidemic.” But what they gain from Biden declaring this is suggesting that it may provide more funding to support things like “gun violence research centers” or more funding to a certain three letter agency to come after us.

Response to (2): Apparently, this demand is actually quite extreme. The Brady group wants anyone who sells more than five guns (we assume annually) to be legally declared a gun dealer. Their reasoning? “1 in 5 guns sold today is sold with no background check at all…” Reading that literally caused a headache from facepalming because again, zero understanding of the details in how buying a gun works.

Some states require a 4473 DROS process (background check), but many states will forgo the background check requirement at gun stores if you present a valid CCW permit signaling that the buyer is more than likely a law abiding citizen who jumped through the hoops of obtaining and paying for that permit. This rings especially true in states that do not require permits to open or concealed carry (Constitutional Carry).

Response to (3): It’s never enough for these people. Creating more “committees” wasting money in those areas to create curated data will not solve the problem of crime or violence.

Response to (4): Are you joking with us right now? What do you think the ATF is doing, just sitting on their hands? Biden has given them plenty of directive this year in regards to taking action on illegal firearm sales and trafficking. See “the iron pipeline.” 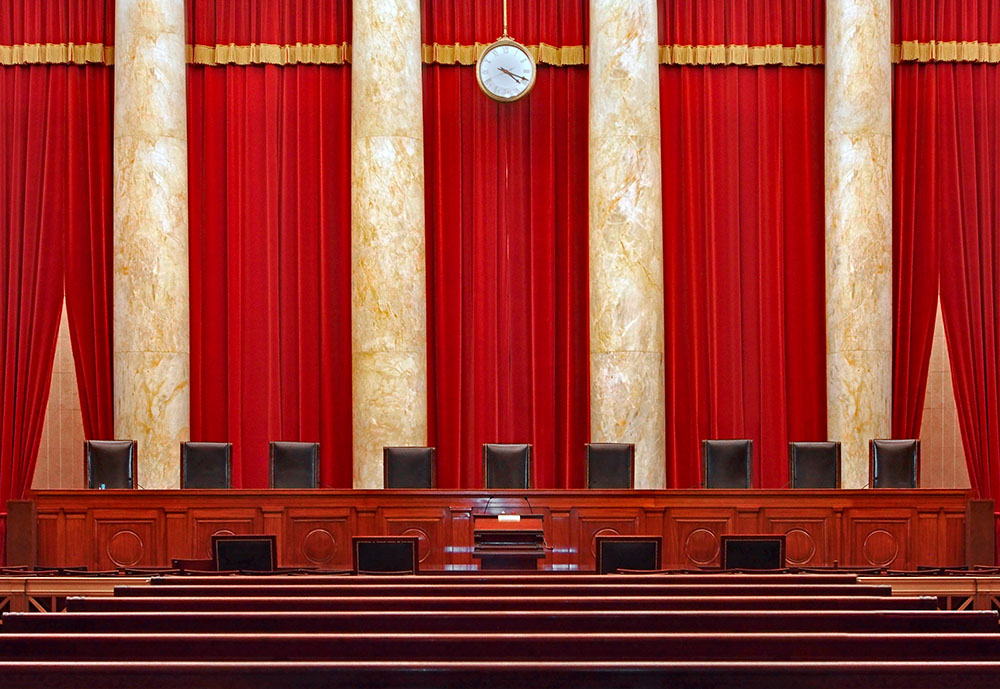 Within the next month we should be able to expect a ruling from this Supreme Court case which will once again reshape the political landscape regarding gun laws. What does that mean for us and how should we prepare for that?

Well, the Supreme Court has not taken a 2A-related case in over a decade which makes this one extremely significant, especially in these times. But as a refresher, let's remember what NYSRPA v Bruen is about - The case challenges a New York state law which required CCW applicants to show proper cause in order to be considered for a New York Pistol License. A lot of counties in states have this requirement so what’s the problem? It’s a big problem when law enforcement agencies use that reason as a blanket excuse to deny virtually every civilian the ability to be approved for the license. The New York State Rifle Pistol Association is challenging the constitutionality of that law and we expect them to win.

Whether it’s a 6-3 or a 5-4 ruling from the Supreme Court, we should be looking towards the next steps to strike down other unconstitutional laws such as bans on magazine capacities or bans on semi automatic weapons. One potential danger could be if the anti-Second Amendment parties lobby for an addition of more justices to the bench. Seeing as how the Democrats are currently enjoying the majority in Congress, this is not beyond the realm of possibility. All they would need to level the playing field would be to add two new justices.

Will it mean that states and counties will have to drastically change their CCW laws? We sure are looking forward to that. But it’s clear that the massive win from this case’s ruling will only require us to bring the heat as it will not be the end of our fight to protect Second Amendment rights. We’ll all have to diligently continue doing our part at the ballot boxes at all levels of government (local, state and federal). 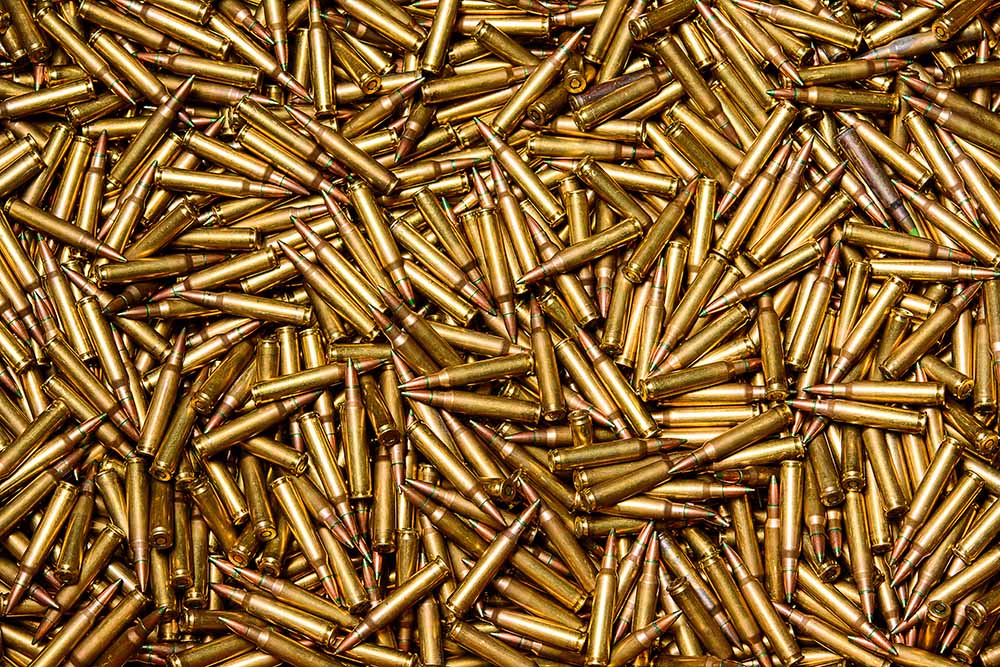 It’s easy to become desensitized to the injustices of the world when there are so many. With high gas prices, increasing costs of living, many have likely learned to deal with high prices of ammo as well. What else are we to do right?

This week, the NSSF has revealed that the Lake City Ammunition Plant, which produces as much as 30% of the commercial market’s sales of .223 Remington and 5.56 NATO might not be able to sell M855 and SS109 (other than for the military’s needs) in the near future due to behind the scenes steps from the Biden Administration.

Biden seems to not be taking any chances of whether or not his new “assault weapons” ban will pass in Congress. So, his strategy is to further squeeze the law abiding gun owner by spiking the price of the most common rifle ammunition in America.

As a developing story, we will soon be following up on this so stay tuned for more updates.