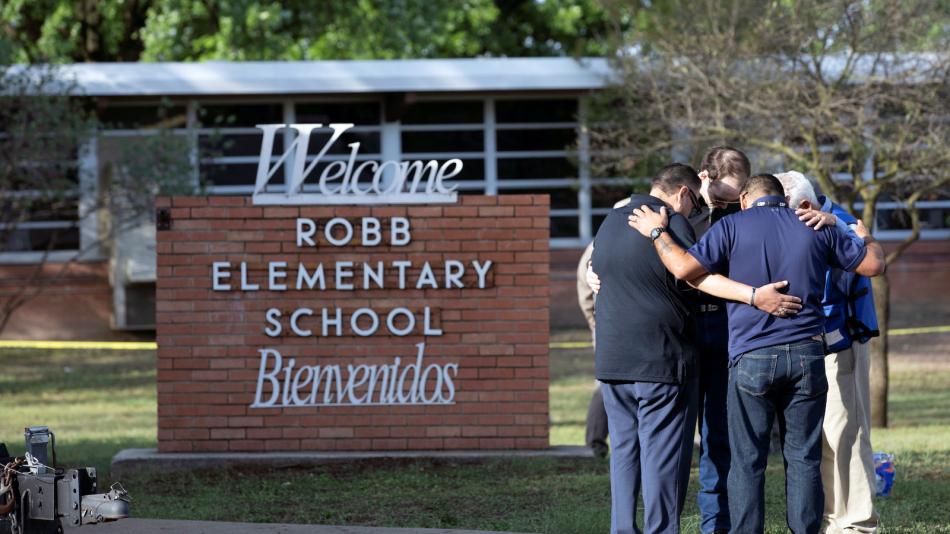 (Photo Source: Quartz)
We’ve all heard about the Uvalde Elementary School Shooting at this point. We will not be sharing the shooter’s name because he does not deserve notoriety. It was a massacre that tragically and unfairly ended the lives of 19 children and 2 adult teachers. Questions are still being asked today on the timeline of events that day. Many are questioning how much time actually passed before a heroic and lone Border Patrol officer entered the school himself to end the threat.

As the latest mass shooting, it’s sparked complete public outrage and put us as a nation, once again, in a global spotlight as Biden made remarks after his return from Asia. Biden made multiple comments which we wanted to address in case your friends or family who aren’t guns-literate say something similar:

False. See the Mother Jones data on mass shootings in the United States. To explain why the mass media’s messaging of why there aren’t as many mass shootings or high statistics of gun violence false from a scientific measuring standpoint, ask your friends to read this article.

Consider looking into how often guns protect and save lives as well according to data from the CDC (Centers for Disease Control).

So our 18-20 year olds can serve our country in the military and defend our international sphere of influence with their lives in unpopular wars but they can’t defend themselves or their families when stateside? Hm. Also, the categorical name of ‘assault weapons’ is a made-up political buzzword. If Biden means the average AR-15, well there’s a lot of different uses for these such as competition, hunting, hobby building, recreational shooting, security work, etc.

First of all, the vast majority of Asian civilians are not allowed to privately own firearms. Usually, incidents with gun violence involve the mafia organizations. That's not to say Asia doesn't have bomb threats or mass knife stabbings in public or other threats of violence from bad actors. The M.O. is simply different. Much of East Asian countries are also comprised of densely populated areas filled with CCTV cameras along with a strong culture of dash cameras in everyone's vehicles and businesses. Try as we might, it's not a culture we can easily replicate here in the United States with how much land and space we have to cover.

Let’s take a look at the pattern of when firearm sales have been at their highest. Historically, the cyclical spikes in sales have always been when the appetite for gun control is also high - which typically happens when a Democrat President is in office. But there are other factors as well such as protests and civil unrest. Two things many have experienced throughout the pandemic. 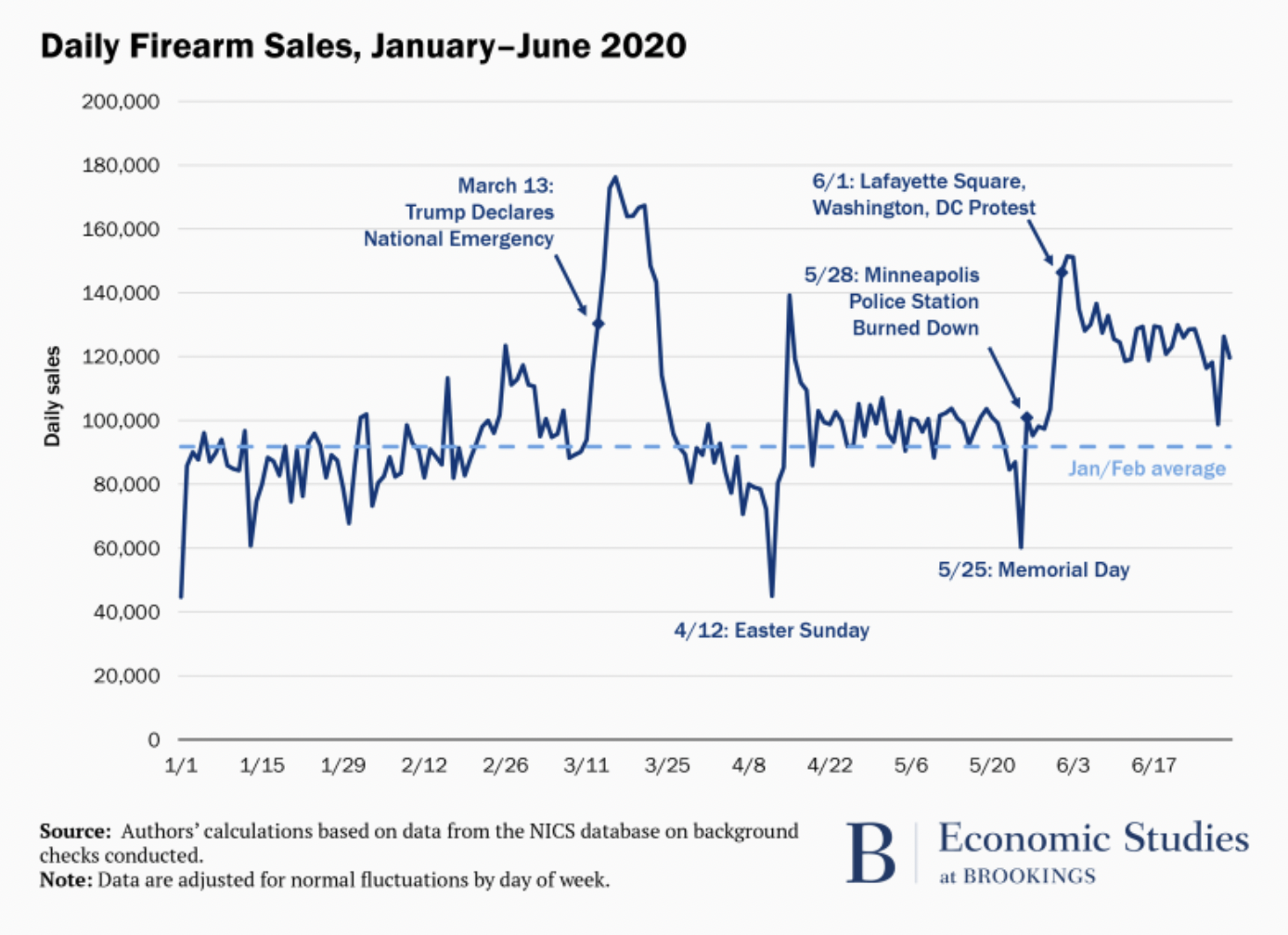 Social media culture dictates that everyone re-shares and comments on what’s cool and relevant. What this culture has made painfully clear is that Americans are addicted to virtue signaling even if they aren’t aware of it. It’s easy to point the finger at guns and blame them for mass shootings but what people seem to conveniently forget is how often they are protected by guns. Have you ever been to a sports arena? What about an airport? Your local bank or courthouse? These are all places heavily secured by police and other law enforcement agencies armed with guns.

When the 9-11 attack happened, we secured airplane cockpits and TSA checkpoints. After a couple of shootings had occurred at movie theaters, they started to hire armed private security. We should be doing the same for our kids and securing schools. “Safety zones” mean nothing to criminals when the door is unlocked and wide open, literally inviting them in.

If the issue is spending, we just gave Ukraine $40 billion of relief funds… Following the January 6 riots in D.C. House barely passed a $1.9B bill to fortify the capitol. We should be able to pass a budget bill to allocate money for armed security at our schools. Instead, Democrat politicians are using the tragedy to pass bills targeting “assault weapons” or blocking attempts for partisan solutions to address the multi-layered issue of mass shootings.

(Photo Source: 80 Percent Arms)
Per AB1057, an assembly bill that was passed last year, beginning June 15th, 2022, we will no longer be legally allowed to sell 80 percent lower receivers and pistol frames to residents in the state of California. Obviously, we will continue to support our CA customers with products that have not been affected by the new legislation such as our jigs, tooling, replacement jig parts, or parts and accessories. We’ll also still be selling and shipping to all states that haven’t explicitly banned the sale or ownership of 80 percents. Although the law goes into effect on July 1, we’re setting the cut off date two weeks prior so that we can fulfill all orders prior to the new law’s effective date. We thank you for your understanding and encourage you to shop accordingly.

What’s next on the chopping block? Probably tactical gear

It took almost a full week after the Uvalde elementary school massacre to learn more about the shooter. But what the media has made their mission to point out is that this shooter, along with the shooter in the Buffalo supermarket massacre — they apparently both wore body armor.

As these criminals who commit heinous acts like mass shooting upgrade their weapons you can be sure that the anti-gunners will place ballistically rated clothing or general tactical gear in their crosshairs to potentially regulate those as well. If you have the budget, we’d start looking into load bearing gear like plate carriers, chest rigs, helmets or ceramic armor plate before those get harder to buy for civilians; thanks to the actions of criminals.

(Photo Source: JSD Supply)
As the only refreshing update this week — the ATF has made themselves a laughing stock after recently paying a visit to JSD Supply. Here’s a quick breakdown on the timeline of how that all went down:

May 9 - ATF issues Cease and Desist Order to JSD Supply asking them to stop selling parts and kits on their website.

May 12 - Out of caution, JSD takes down their website after they received the cease and desist letter.

May 20 - Within the past couple of weeks JSD Supply’s CEO Jordan Vinroe retained Gun Owners of Americas (GOA) Chief Legal Counsel, Robert Olson and did the following:

-Met with ATF lawyers who did not clarify what they were asking for.

-Because the ATF lawyers contradicted the cease and desist letter, JSD filed a temporary restraining order (TRO) against the ATF. -The ATF officially rescinds their cease and desist order to JSD Supply.

May 25 - JSD filed a preliminary injunction against the ATF in court (we expect an answer within a week). 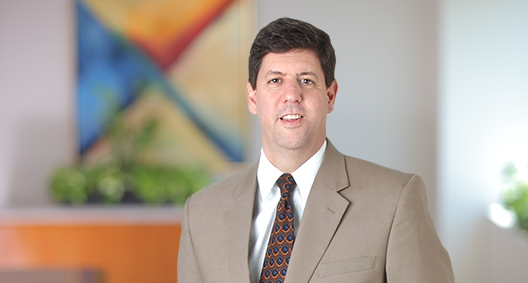 (Photo Source: Baker Law)
It’s difficult to keep up with everything that’s going on but let’s not forget that Biden’s nominee for the permanent ATF Director position has just begun his senate confirmation hearings this week. Technically, this event didn’t have Dettelbach in a solo hot seat just yet. Several people nominated for a variety of positions testified before Congress as a self-introduction prior to each nominee getting grilled by the Senate Judiciary Committee in each respective confirmation process.

Given how much of a departure Dettelbach’s presentation is compared to Biden’s former ATF Director nominee (David Chipman) Democrat leaders are really cashing in on that while arguing for a swift confirmation in wake of the recent shootings. Some of those significant differences between Dettelbach and Chipman:

It was introduced in D.C. last year and it’s called the Federal Extreme Risk Protection Order Act. Colloquially known as ‘ red flag laws,’ the bill would allow family members and law enforcement officials to file petitions in federal courts to request this extreme risk protection order (ERPO) for the confiscation of a person’s firearms if it’s believed that they present an extreme risk of harm to themselves or others. At face value, one might think that this is a good idea to reduce the chance of people hurting themselves, mass shootings or the loss of life in general.

However, statistics from the Proceedings of the National Academy of Sciences (PNAS) unfortunately show that more often than not an increase of interactions between the public and the police reduces the chance of life, rather than the opposite. In fact, since 2008, deaths caused by police use of force have increased by an overall rate of 50%. It’s unfortunately not an uncommon story where a family member has a mental health crisis, they call the police for help. Some examples are people who have manic depression, schizophrenia or maybe they simply missed their medication and accidentally got lost. But because some officers aren’t equipped to deal with the situation they end up killing the family member instead of getting the help they actually need.

This bill affects more than just those with mental health issues though. Our concern is for anyone in the public to use this law as an excuse to target gun owners en masse for confiscation. Additionally, due process officially disappears for law abiding gun owners as anyone who comes under the scrutiny of an ERPO would have to wait until a court date to defend themselves and prove that they’re not a risk in order to get their guns back. In reality, anyone could make the call and ‘red flag’ someone similar to how many online gaming streamers have been ‘ swatted’ in recent years. 19 states have passed their own red flag laws already but HR 2377 would pass a version of red flag laws on the federal level, something we desperately need to oppose. Congress plans on voting on this as early as the first or second week of June.