Last week we briefly mentioned how there is a disconnect between the leadership at the FBI and its agents on the ground. The fact of the matter is that this seems to be the reality across multiple agencies under the DOJ umbrella, even at the ATF.

This week, an ATF special agent’s resignation letter (from Colorado) was made public as it highlighted several issues within the agency such as political pressure on agents, their over-politicized mission to go after “gun” crimes while not being able to sustainably keep any real, violent criminals behind bars and off the streets. The agent also called out the Biden Administration’s lack of support for law enforcement and lack of educating politicians with the truth.

“Did our leaders forget that ATF agents are law enforcement? Most agents are pro-gun. All agents should be anti-criminal. We did not become ATF agents so we could collect data, ensure firearms are in compliance, seize trigger groups, argue about what a firearm is or is not, seize firearms for reasons other than prosecuting criminals, or spend countless hours inputting data to justify someone else’s existence in HQ. We became ATF agents so we could work the streets and smack evil in the mouth.”

With a sense of low morale, loss of direction for the agency and deep political divide in America, Former Special Agent Brandon M. Garcia left the ATF after being a career agent that worked in the Bureau for 18 years. Think about how close Garcia was close to earning his retirement (only two years away), yet he was so frustrated with the status quo that Garcia chose to walk away. That’s incredibly significant.

The mass media won't share this story though so please help us share this with as many of your friends as possible. You can read the former ATF agent’s full resignation letter here.

Last month, the House Oversight Committee had multiple gun companies testify in Congress on what the role of the firearms industry is in America’s “gun violence epidemic.” Among these companies included, Daniel Defense, Ruger, Smith & Wesson and other firearm manufacturers which the Committee had sent letters to learn more about the marketing, promotional materials and sale of AR-15 style rifles. However, the CEO of Smith & Wesson was the only one that refused to show at the hearing.

While revenue and profit information was asked for, so was internal data on deaths or injuries caused by firearms each company manufactured. The initial request was made on May 26th. Due to Smith & Wesson not showing, Congress has now issued a subpoena to S&W for these documents and information.

Following the mass shootings in Buffalo, New York and Uvalde, Texas, the Committee held a hearing with the survivors and impacted family members from both tragic events on June 8th.

If you’d like to listen to the hearing that had firearm manufacturers’ executives testify before congress (was held on July 27th) in its entirety and not just curated snippets or highlights you can watch it in the link above. Fair warning, the hearing was five and a half hours long so we recommend watching or listening to it at 1.75x or 2x speed.

While there were certainly some difficult questions asked - it was an absolute witch hunt and political stunt as the midterm election is right around the corner and politicians have little time left this year to showboat for currying political favor for their reelection. When cars ran through groups of protestors during the height of the pandemic did anyone from congress call on automakers for making cars that went too fast? No, of course not. How could an auto manufacturer be held liable for the actions of individual drivers? Well that’s odd, as it’s not the standard that the gun industry is currently held to. Especially when the National Highway Traffic Safety Administration recorded almost as many traffic fatalities as the CDC did for firearm related deaths in the year 2021.

Smith & Wesson’s CEO was having none of it and did not want to wait too long before being vilified not only by the general public but also by the gun community as they released a very strong statement in the face of 2nd Amendment attacks.

We will continue to work alongside law enforcement, community leaders and lawmakers who are genuinely interested in creating safe neighborhoods. We will engage those who genuinely seek productive discussions, not a means of scoring political points. We will continue informing law-abiding citizens that they have a Constitutionally-protected right to defend themselves and their families. We will never back down in our defense of the 2nd Amendment.”

To read the full statement, you can click on the link above. Additionally, S&W is even slashing their prices on the popular concealed carry pistol M&P9 Shield Plus, which is their latest version of that micro compact 9mm handgun. Usually the retail price of a Shield Plus runs for about $533 or more, but it’s now being offered for $399 at some online retailers. Personally, their .357 police special revolvers are looking very attractive right about now. 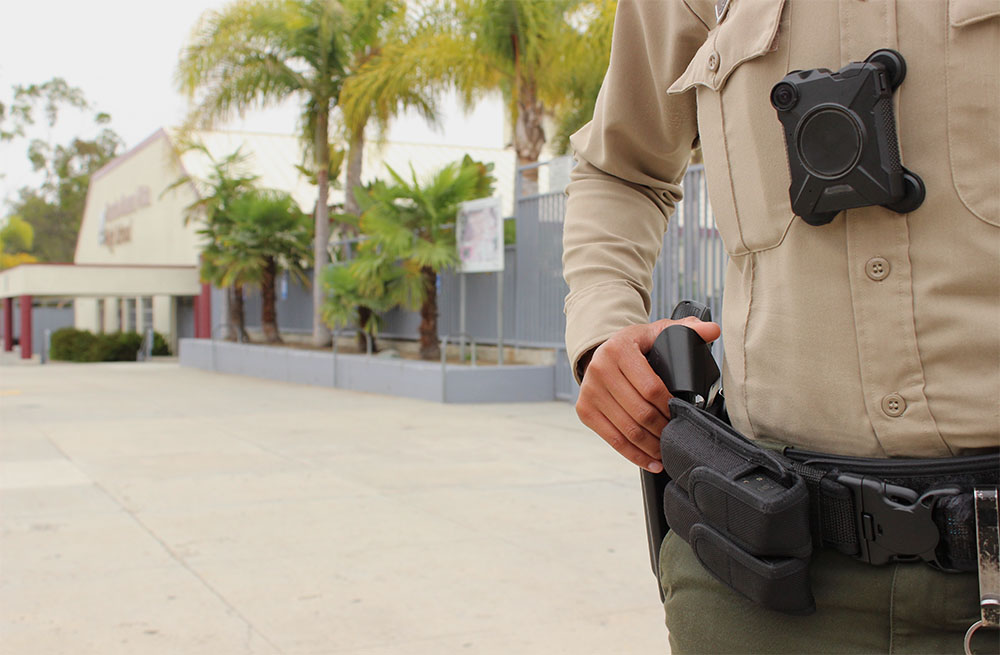 In Madison County, North Carolina, school resource officers are being armed with AR-15s and breaching tools on campus for the upcoming 2022-23 school year after an agreement was reached with the local Sheriff’s department. Along with the increase of firepower and gear for SRO’s, the school district in Madison County will be having active shooter training for faculty members and a panic button system in each building that would directly alert the Sheriff’s office.

The rifle and tools will be stored in a safe and accessible location to the schools’ handgun-armed SROs and responding officers if needed.

Sheriff Harwood of Madison County explained that the breaching tools were for the event where someone barricaded themselves behind a door, responding officers would not need to wait for the fire department to breach that door if needed. Losing time to grab firearms or tools in parked cars outside of the school is what they’re looking to avoid. “Hopefully, we’ll never need it, but I want my guys to be as prepared as can be,” said Harwood.

The North Carolina county is not alone in taking action with new preventative measures for combating school shootings. Florida Sheriff of Brevard County, Wayne Ivey, has announced that his School Resource Deputies (SRDs) would be armed with Keltec Sub2000s, a foldable, 9mm carbine rifle.

SRD’s in Brevard County are also going to be issued a new uniform - Sheriff Ivey had a similar concern as Madison County’s sheriff in that responding officers do not have time to run out to their cars so that’s important that these deputies are always ready to confront a possible active shooter situation.

Ivey hopes that the new level of preparedness and look of his SRDs would act as a deterrent by sending a signal to the community at large. Hopefully more school districts and counties across the country can take a similar approach to safeguard our students and this country’s future generation.