If you’re looking into a new rifle build and you’ve already built or bought some chambered in .223 Remington or 5.56 NATO perhaps it’s time to set your sights on a different caliber. Today we’ll be looking into the 6.8 Remington SPC and comparing it against the 308 Winchester to find out which round is better for you. 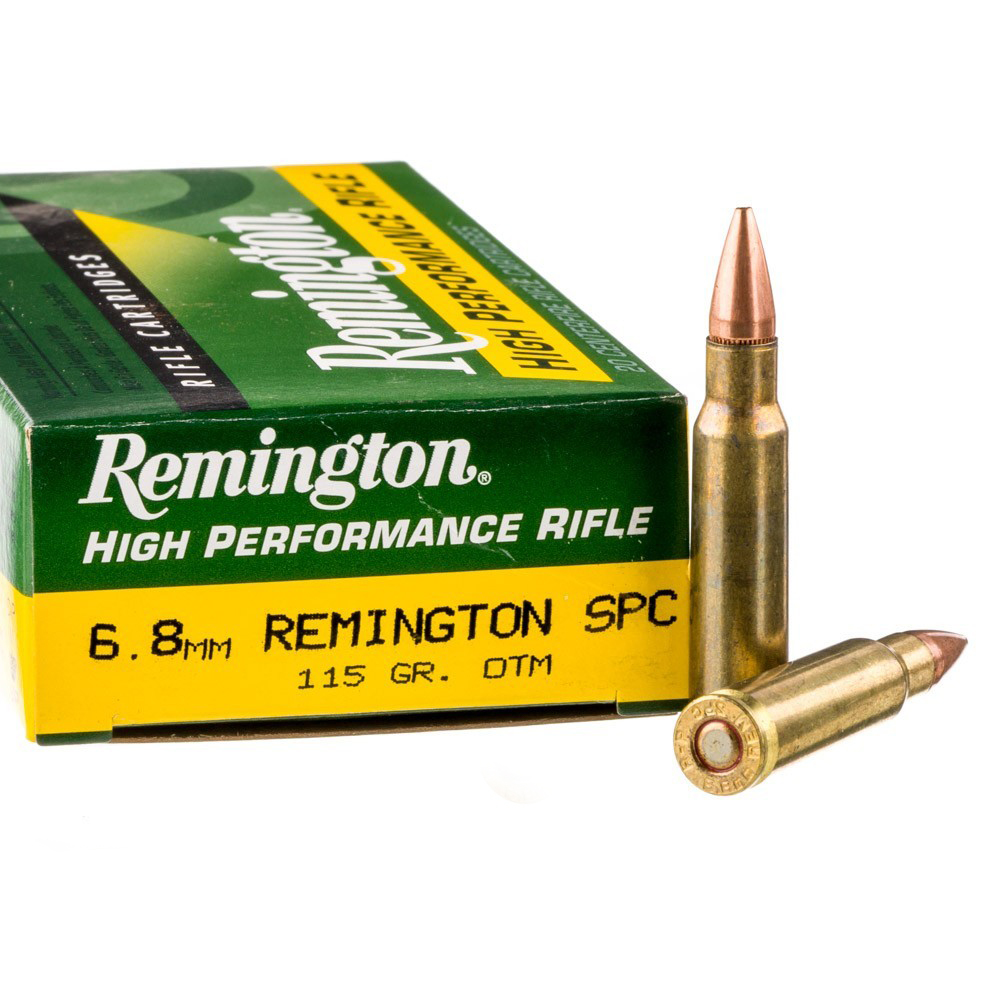 We actually just extensively covered the history and origins of the 6.8mm round in a previous blog comparing 6.8 SPC to 300 BLK. But essentially, it’s a newer caliber developed in the early 2000’s which was designed with the intention of replacing the 5.56mm in the military to provide a faster and harder hitting round. While it never won any major military contract bids, the 6.8 Remington Special was reportedly implemented by some special operation groups in the middle east and stateside law enforcement agencies. Today, there is definitely a cult following behind the cartridge for its ability to allow users to tune their rifles to be incredibly soft shooting and good for hunting up to medium sized game animals.

The 6.8 design was based off of the .30 Remington cartridge case but fires a .7035 projectile. The 6.8 SPC is not similar or the same as the 7.62x51mm round cartridge. That’s the 308 Winchester that shares the similar dimensions to the 7.62 x 51mm caliber. But there still is one caliber that shares some similarities with the 6.8 and that’s the .270 Winchester. They can take the same bullets but the .270 has a larger casing which means it can take more powder.

Even a well placed shot with .223/5.56mm will take down most deer with just a single shot. But yes, the 6.8 SPC can definitely kill whitetail deer and put down plenty of feral hogs. 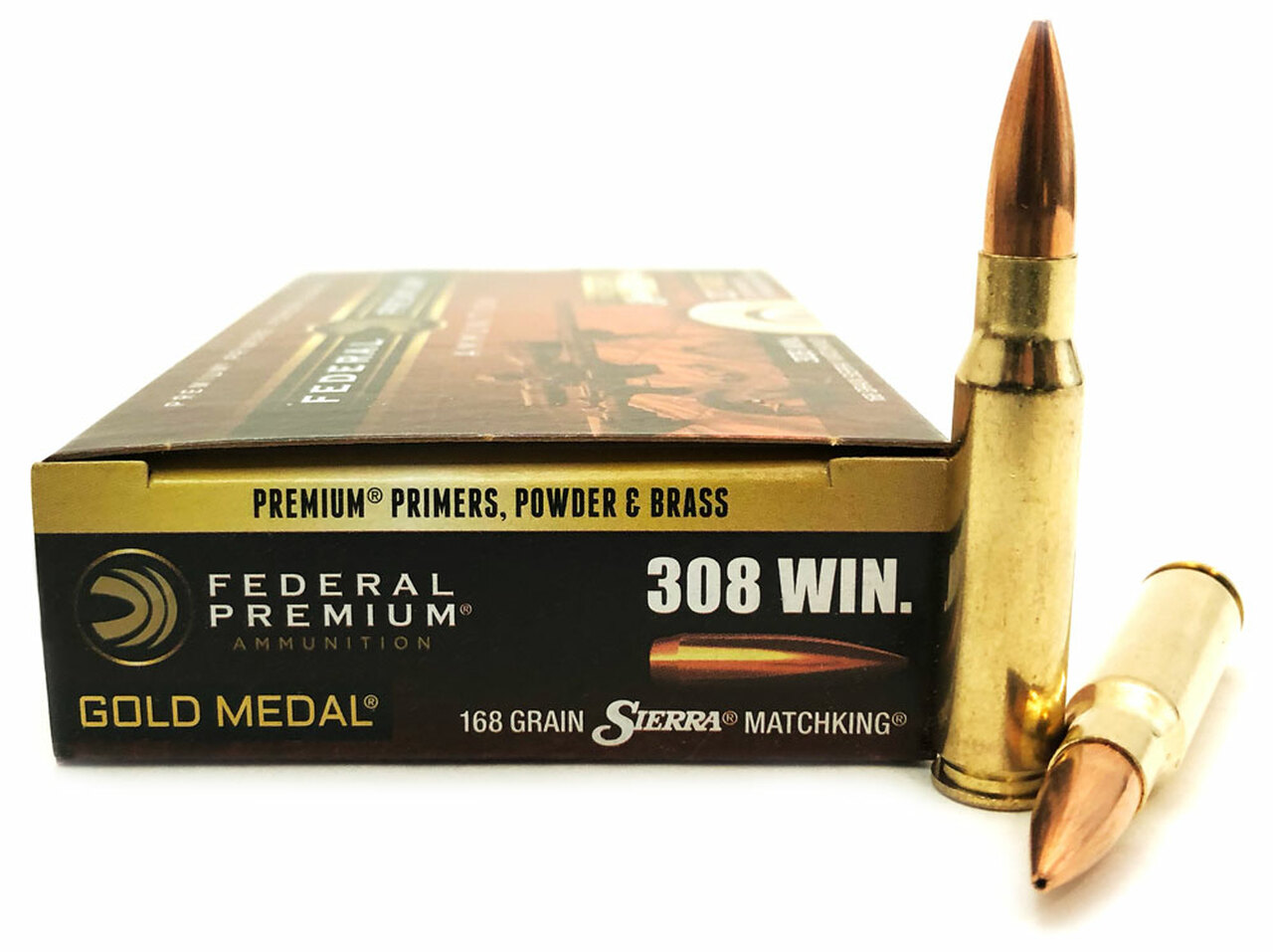 The 308 has some serious credibility for multiple applications. But is it worth your time and money to invest in, or is it just hype? Well let’s start at the beginning. The parent cartridge of the 308 is the 30-06 which was heavily used beginning from the 1890s. You can argue whether or not it came from the 300 Savage as well but in the end they’re all the same at the base of the cartridge: .473” in diameter. Around the 1950s, the main desire of the US military was that they needed an efficient round that was lighter than the 30-06, packed less recoil, and would allow soldiers to carry more rounds.

With a shorter bullet, shorter semi-automatic rifles could be made making our soldiers more effective and maneuverable. From 1952, Winchester began offering the .308 to the commercial market as a sporting round and was first offered with the company’s Model 70 and Model 88 rifles. NATO adopted the 7.62x51mm in 1952 and from there the caliber just took off. The round served as the US Military’s caliber for the M14 rifle and the M60 machine gun towards the end of the 50s.

But, that’s about the same time Armalite was about to take off with the advent of the AR-10 and AR-15 so soon after the .223 Remington was going to take over. That being said, the military had plenty of 308 on hand and they effectively utilized it for their snipers. Local law enforcement sniper units caught on to what the military was doing and copied them; eventually, the 308 was just everywhere and being used by just about everyone. There are definitely some contenders for calibers looking to dethrone the 308 today, such as the 6.5 Creedmoor, but the .308 will always be a revered hunting cartridge given its extensive support and availability in the multitude of firearms chambered in it.

Well, the 7.62x51mm is the NATO designation for essentially the same round that we call the .308 however, the two calibers are not always interchangeable. It’s similar to how the .223 Remington has its differences with the 5.56 NATO round, there are some differences between the 7.62x51 and 308 as well.

7.62 brass is thicker than 308 but basically all military brass cartridges are going to be thicker than what commercial ones are using. The keyword here is headspace. Headspace is the distance from the bolt face to the point where the cartridge can no longer move forward into the chamber. Military rifles designed for 7.62x5mm have longer chamber headspace for more reliable feeding and ejection of rounds. If the chamber headspace is too small the bolt won’t shut all the way or may need extra force to do so. This can be dangerous because if shooting a round with thinner commercial rounds, it might not be able to withstand the force of being stretched when fired which could also cause a case rupture.

So if you want to avoid any risk stick to whatever your barrel is specifically designed to chamber as it will typically have those engraved markings somewhere on the barrel. However, if you don’t mind a little bit of risk(very common), you can certainly shoot 7.62 NATO in a .308 rifle. The 7.62 rounds will have lower pressure than what a commercial 308 rifle barrel is built to withstand so it is able to handle it. The same cannot be said the other way around because there is still a small chance of a serious malfunction or failure happening.

With proper shot placement a 308 WIN round is capable of killing any bear on planet Earth. When using 308 Winchester bullets, the effective range to engage a bear should be within 200 yards.

.308 rifles have historically been used in many armed conflicts around the world such as the FAL which has been nicknamed “the right arm of the free world.” Today, you’ll find bolt action and AR10 rifles chambered in .308 for a wide variety of purposes such as competition shooting, large game hunting, and law enforcement or military applications.

.308 has never been a cheap round, especially during the pandemic, but currently their prices aren’t too far off from what 5.56mm and .223 Remington is priced at these days if you buy the more generic factory loads. If you look for 308 ammo at Lucky Gunner, you’ll find steel 308 rounds anywhere between .59 to .75 cents per round. For brass 308 rounds they’re priced (depending on what load/weight you’re looking for) anywhere between .80 cents per round to even $2.50 per round as there are plenty of options in stock. Generally speaking, the more generic rounds could easily be had under .90 cents per round.

Comparing these two calibers feels like looking at apples and oranges. They’re both fruit, they’re both good for you but they’re not the same and have different vitamins and plenty of other differences. We’ll get into some of that here with the 6.8 and 308: 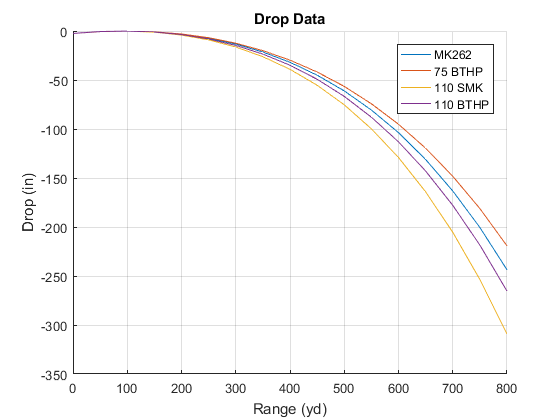 As noted in our previous blog that compared the 6.8 SPC vs 300 Blackout, we know that the 6.8 is a very hard hitting round compared to 5.56 and flies very flat up to 200 yards and remains effective against targets up to 400 yards out. However, past that the bullet drop is so much that it would prove difficult to hit any moving target and completely incapacitate them.

With .308 WIN ballistics it really comes down to the quality of ammo that you’re using. Let’s assume we’re using the best of the best match ammo that we can find on the market. (That might look like Gold Medal Sierra MatchKing, a classic standard) The effective range of the .308, according to the US Army, is about 875 yards. The Marine Corps sets the absolute limit at 1,000 yards even. To be able to reliably reach out to targets at that distance will require high-velocity loads and calculated holdovers to calculate for the inevitable bullet drop. See the chart above to see if your type of shooting matches the capability of 308 rifles with some of the best ammo the market has to offer.

Why should you choose 6.8 SPC?

If you’re looking for an alternative caliber to .223/5.56 but still want to stick with the AR-15 platform, this is a great option. You’ll be able to have a 6.8 SPC PDW build without sacrificing terminal performance and it only performs better with a longer barrel if that’s what you prefer or plan on building due to state/federal regulations. The 6.8 is perfect for hunting and for reloaders to tinker with to make some spicy loads. In general, if you’re not a reloader and plan on shooting targets under 400 yards, this is a great alternative caliber for anyone trying to shoot something other than 5.56 NATO.

Why should you choose 308 WIN? 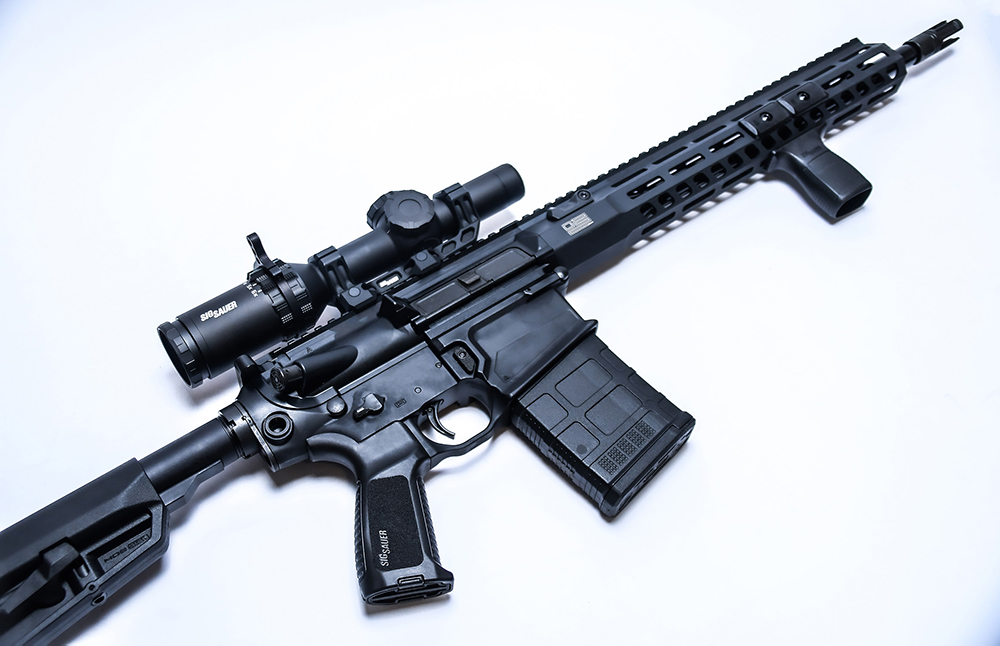 308 cartridges are only a little taller than 6.8 SPC but the projectiles for 308 are significantly bigger. This is a larger caliber that will fit the AR-10 platform and you’ll find several bolt action rifles chambered in 308 WIN as well. If you’re looking to get into long distance, precision shooting, 1000 yard matches and hunting big game, this is the round for you. In general, if your type of shooting involves shooting past 400 yards, we’d pick the 308 over the 6.8 SPC.

Ready To Start Your Own Build?

We've got everything you need to get started if you're interesting in build your own AR-10 chambered in 308 Winchester. See our complete uppers and build kits that take all the guesswork out of making a reliable and quality AR. You can also shop our 80 percent lower receivers for AR15s if you're more interested in 6.8 SPC. Just know that you'll need a dedicated barrel and separate bolt carrier group specifically for that caliber for it to cycle reliably and consistently. If you need any help, please don't hesitate to reach out to our awesome customer service team ready, waiting and willing to assist you in your new build!