Are you a fan of .40 cal? So are we! Let’s face it, if it goes pew, chances are we’re going to like it. During the height of the pandemic, 40 S&W ammunition was significantly cheaper than 9mm so it’s not surprising that some people may now have a surplus of .40 to shoot. If shooting it out of a handgun isn’t doing it for you anymore, how about an AR 40? If you’re already familiar with AR15’s or already own one then that’s perfect. You’re going to be surprised just how easy it is to set yourself up with an AR 40 pistol or rifle. Here is what you need to know. 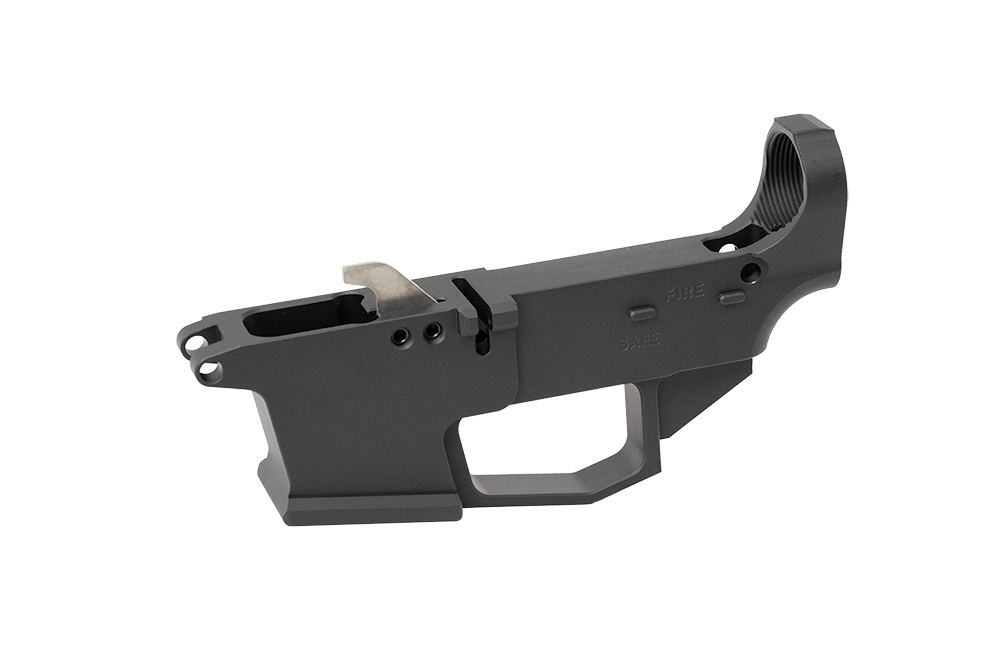 Surprise! The AR 40 lower receiver is the exact same as the 80% AR 9 lower receiver that we sell. One of the many benefits of our 80 percent AR9 lower is that it can accept any Glock style magazines for 9mm, .40cal and .357 Sig rounds. So what does that mean? It means that you still get to take advantage of the most popular AR-15 lower parts kits and can use just about any drop in trigger you like. Same goes for safety selector kits like the Radian Talons. Basically every part in the AR 15 lower parts kit is compatible with an “AR 40” lower other than the magazine release button and extractor. Of which, both those parts are included with the purchase of an 80% AR 9 lower. All you need after that is a barrel chambered in .40 cal. But more on that in a bit.

To arm yourself with AR 40 magazines all you need are Glock style magazines chambered in .40 S&W. Regardless of generation, all Glock 40 magazines should work (Gen 1-5). If you live in a ‘free state’ and aren’t subject to magazine capacity restrictions this would be a great opportunity to use Glock style stick mags, base plate extensions or even a drum mag. Although it’s fun to look at, running those kinds of magazines out of a handgun just isn’t all that practical. But pair it with a rifle or a pistol carbine setup and all of sudden those “high capacity” mags start to look more appealing. For the best AR 40 magazines, check out what Glock, Magpul, ETS and KCI have to offer. 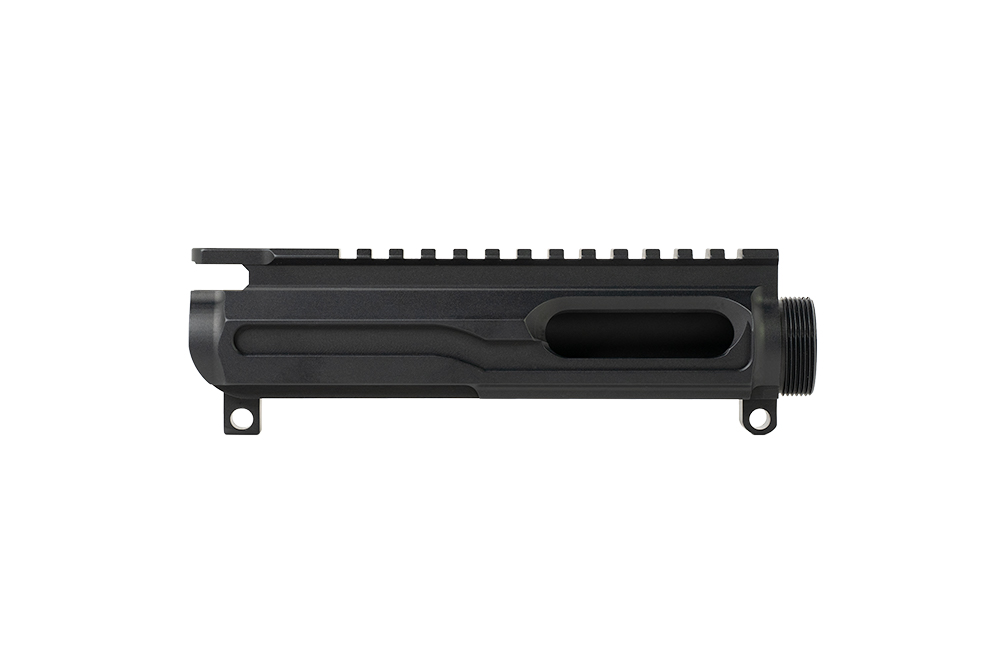 Due to the design of our AR 40 lowers, you’ll have to make sure you buy the appropriate upper receiver to pair with it. Correct AR 40 uppers are going to be the same as AR 9 uppers, however, you’ll need the ‘last round bolt hold open’ function to be located in the upper receiver. There are AR 40 lowers that have the LRBHO built-in, but having it in the upper is more universal and common. If you don’t want to bother with sourcing each individual component for the upper receiver you could always opt for a complete upper set as well which would come with the upper receiver, barrel, handguard, BCG and muzzle device.

Source your AR 40 S&W barrels from the same place we get our upper receivers, New Frontier Armory! They carry barrels in 4”, 8”, 12.5” and 16.” If you want a compliant setup, opt for the 16” .40 barrel. Anything shorter than that is going to end up being a fun AR pistol build.

AR 40 buffer systems are quite straightforward which is convenient when piecing together your PCC build. When dealing with pistol caliber carbine builds, start with the buffer weights that we use for AR 9 pistols — reliably performing buffers are weighted anywhere between 5.4 oz to 7.4 oz. So for .40 cal, that tells us our buffer weight for the AR 40 is going to be a bit lighter than that range due to the larger caliber having more pressure behind the round when fired.

We would suggest buying a heavy tungsten buffer weighted at 4.3 oz paired with a pistol/carbine buffer spring. Together, the unpleasant buffer “rattle” should be eliminated, perceived felt recoil will be reduced even more, weapon reliability will be increased with reduced wear on internal parts and bolt bounce will be negated. If, for any reason, your AR 40 does not work well with this setup you’ll have to go with a lighter or heavier buffer weight based on your diagnosed symptoms. For example, if you have cycling issues then it’s possible the weight is too heavy and it isn’t allowing the BCG to go back in the battery with the correct timing. But if you feel the bolt’s movements are too violent, then perhaps you could go with an even heavier buffer to smoothen it out. 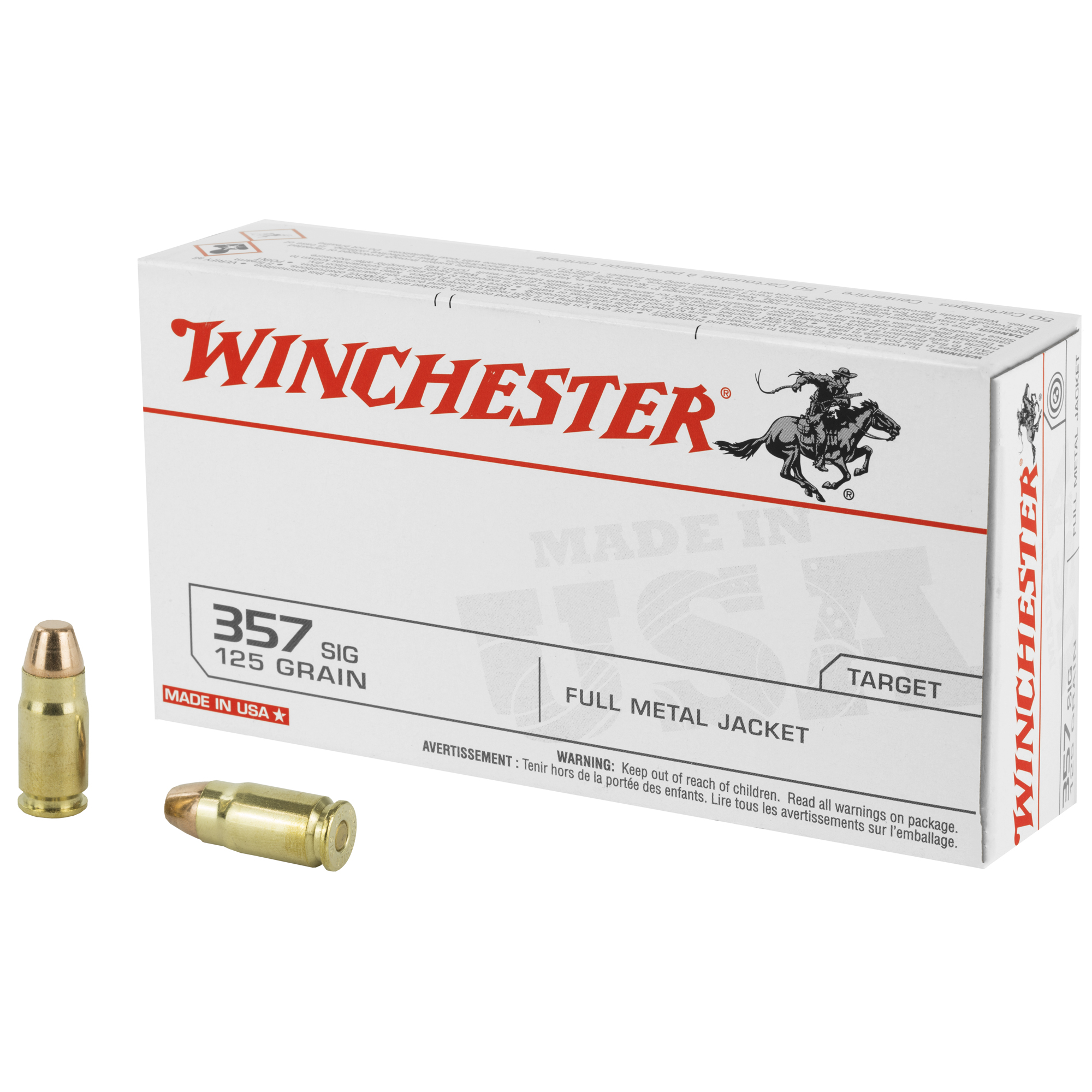 Maybe you stocked up on .357 Sig during the pandemic too… if so, we tip our hats to you. Unless you’ve got Jerry Miculek skills with a revolver, you could always build an AR 357 too! Just like our GST-9, our 80% AR 9 lower receivers can accept Glock style magazines for 9mm, .40 S&W and .357 Sig. Same story, different caliber. Just make sure you get the correct BCG, barrel, upper receiver, magazines and you’re good to rock and roll.

Start your next AR 40 Build with 80 Percents Arms!

Excited to build your next AR 40 yet? Grab one of our 80% AR 9 lowers and complete your cart with all the essential parts you’ll need to build it out. Don’t forget the Easy Jig Gen 3, if you don’t already have one, which allows you to become a self-made manufacturer at home capable of milling out 80 lowers for AR 15, AR 10 and AR 9/40/357 too!