The AR (Armalite-Rifle) platform is hands down the most versatile small-arms system in existence. Modular to the nth degree, you can chamber some pretty incredible calibers such as the .458 SOCOM, .500 Beowulf and the .358 Yeti. AR’s can be built for any purpose and just about any chambering you desire (even if most people stick to 5.56mm or 7.62mm).

Among designs released by Armalite, the AR10 actually came prior to the AR15. Eugene Stoner designed the AR-10, chambered in 7.62x51mm in 1956 for Armalite, an American small arms engineering company. Because the AR-10 did not initially win any military contracts, they went back to work with a redesign resulting in the AR15, chambered in 5.56mm NATO, being released the very next year. Although the AR-15 beat the M14 rifle in virtually every facet, Armalite still did not win their desired military contract.

This setback caused the company to fold and sell their designs to Colt Mfg. Co. in 1959 who ultimately brought the platform into the limelight as AR15s were mass produced for the first time to support the Vietnam War effort. Following that the rest is history as we now have more aftermarket and original manufacturing companies that support military, law enforcement and civilian needs with AR-based systems than we can count. Stoner would be proud.

Before Armalite got it’s name for the AR-10 and AR-15, its company name was actually Fairchild Aircraft Company which was designing survival rifles for military pilots that might crash land and have to defend themselves. Armalite was originally a subdivision of that Fairchild company.

Today, that design is still immensely popular and is known as the Henry Survival Rifle chambered in .22LR. Before being sold off, the original design’s name was the “AR-7.” Only after Eugene Stoner was hired was the AR-10 designed and created with the intention of being submitted as a military contract bid as previously mentioned.

DPMS is a format of AR-10 parts that manufacturers will make to spec for. This pattern is more common than the original Armalite format for AR10 parts. You can learn more about the difference between DPMS & Armalite by reading one of our previous blogs.

As a hot topic in the US today, the AR-15 is the most popular rifle in America the same way the Ford F-150 is the best-selling truck and vehicle in the country for the past 40 years. But unlike Ford’s popular truck, the AR-15 has been the pinnacle symbol of firearms for much longer.

Having lost their first military contract with the AR-10, Eugene Stoner went back to work with specific notes from the Army on what they were looking for: a smaller version of the AR-10. The AR15 was developed to essentially replace older guns that the military had been using since World War II, which it eventually did.

Here are some factors to consider when looking at AR-10 and AR-15’s:

The main difference between these two platforms is the calibers they can support. From there we can determine a whole host of other characteristics that separate the AR10 from the AR15 but they are largely related to ballistics data. Of course there are differences in ergonomics, weight, price of parts, etc. At the end of the day it all comes down to what people use these rifles for:

Who doesn’t like saving a buck? There are a lot of parts the AR10 and AR15 both share:

Here are the parts that are not interchangeable between the AR10 and Ar15:

For a complete list of compatibility for AR10 parts between DPMS and Armalite patterns see our  AR10 vs AR15 parts compatibility blog. 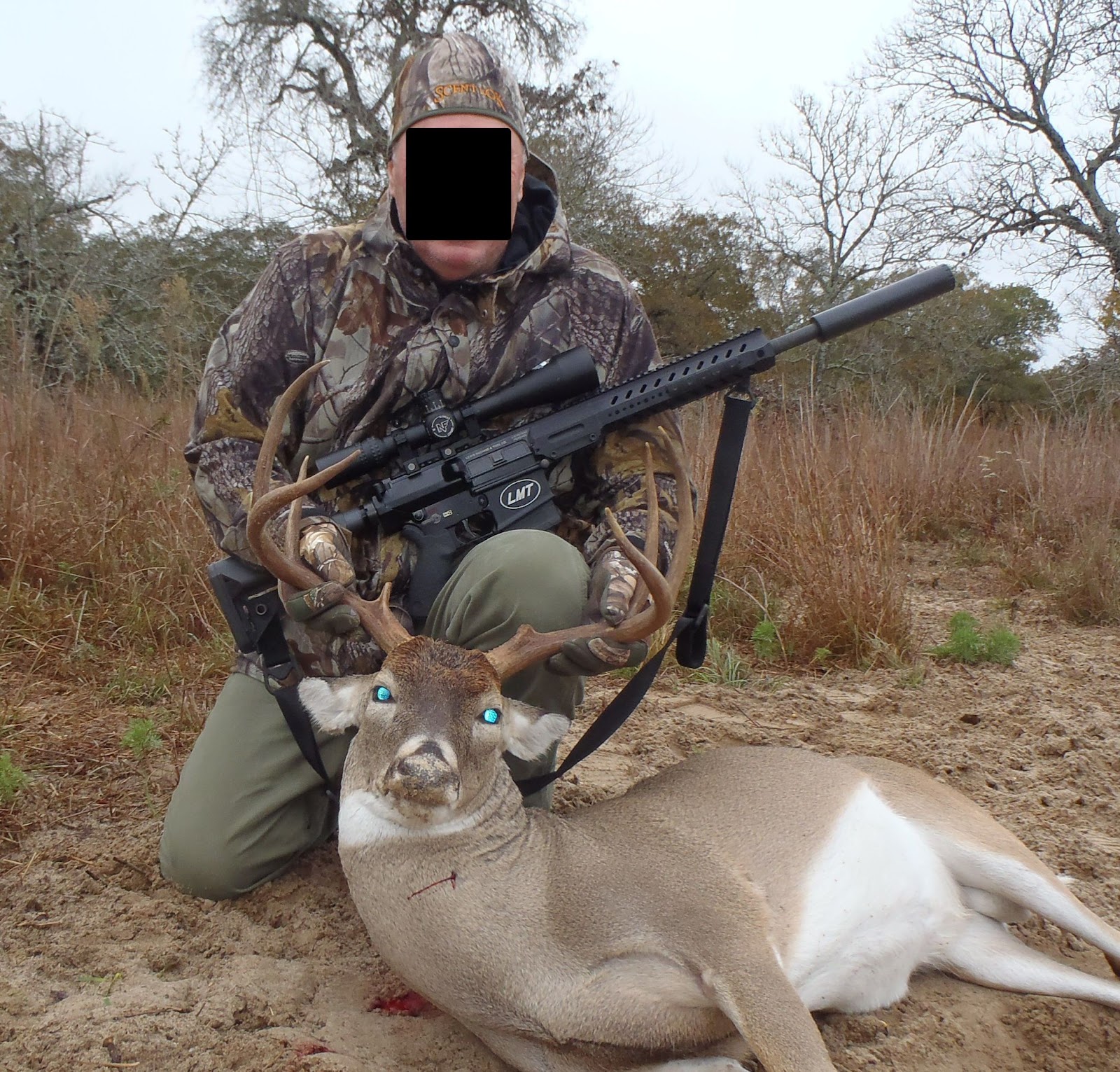 Because the AR15 shoots a lighter weight bullet, typically between 55-77 grains, it may be fantastic for some roles but very limited in others. .223 and 5.56 rounds are wildly popular for hunting smaller sized varmint game such as bobcats, coyotes, and foxes. The biggest game you could bag with an AR-15 would be about a Whitetail deer but some states have actually outlawed the use of these calibers as the round does not produce enough power or cavity devastation to provide a clean and ethical kill.

Likewise, the small entrance and exit wound of the 5.56mm can make tracking blood extremely difficult if your game does run after the first shot. As for hogs, the AR15 is the number weapon of choice for hog hunters because of its ability to allow hunters make multiple follow-up shots to put those feral pigs down and nothing does that better than an AR15.

AR10s are usually chambered in .308 Winchester which is a beautifully efficient round. Couple the ballistics with a semi-automatic platform and you’ve got a rig capable of shooting just about any wild game the North American continent has to offer. The AR-10 will leave a pretty decent hole in wild game so smaller varmint may not be the best target if you’re looking to stuff and taxidermy them afterwards.

But for medium to large sized game like boar, Whitetail deer or even black bears, the .308 really shines and can take these animals on from a significant distance. Follow shots are certainly slower than the AR10 compared to the AR15 from the increased recoil but chances are if any animal is hit by this round and doesn’t fall immediately, it won’t be long.

We think the AR15 has the upper hand here. Sure, nobody is going to take a 7.62x51mm to the chest and keep moving, but the AR10 is much heavier, typically longer and has a significantly higher recoil impulse comparatively. When it comes to self defense, speed is the name of the game. Along with lighter recoil and higher magazine capacity, the AR15 is easier to keep on target for more consecutive shots if needed - as well as score faster first-round hits while still being highly maneuverable.

AR-10 vs AR-15: Which is better for target shooting/plinking?

In terms of target shooting you can do either with both the AR10 and AR15 if you’re shooting paper or cardboard targets. (The AR-15 would be easier to use.) If you’re shooting steel targets make sure the steel is made out of AR550 and is at minimum ⅜” thick. Whether it’s an AR10 or AR15, those steel targets won’t last very long if you’re shooting at closer distances under 50 yards. (Most steel target sellers will recommend that you set steel targets out at 100 yards when shooting at them with rifles.) You might look like American Sniper if you’re doing some running and gunning drills with your AR10 but hey who are we to judge? Get proficient at everything platform you can get your hands on, we say!

AR-10 vs AR-15: Which is better for precision/long range shooting?

The AR-10 shoots a projectile roughly 3x the weight of projectile coming out of an AR-15 - higher mass objects will conserve more energy and velocity over long distances (.308 vs 5.56). Both rounds have the capability of being extremely accurate and dependable so if you’re shooting at targets 500 yards out, sure take your pick. Either rifle will work. But when the distances go past that, the AR-10 is your friend.

.223 and 5.56 may move quickly but it is extremely susceptible to wind drift and can start to lose energy and velocity fairly quickly after leaving the barrel. As for the .308, it is a larger bullet with a higher ballistic coefficient. That means it’s able to retain its energy and velocity while also being more resilient to external variables such as wind.

Recoil does play a part in accuracy but when showing from a prone or bench position, the .308 is extremely manageable and should not impede accuracy for even an intermediate level shooter. There are of course different bullet styles and weights for the .223 that can make it more competitive in the long range game, but as far as taking a gun out of the box and slinging lead at any kind of distance, the AR10 is the safest bet.

We’ll always champion ‘intended use’ as the context for what makes the correct answer. Is your rifle for just having fun and plinking around? Is it a trophy item meant for display? Are you out hunting game with it or is this something you’d compete with in a match? Depending on your intended use, our recommendation will change. If you need help finding your answer, reach out to our legendary customer service team to walk you through the process of building your own 80% AR-15 or AR-10 rifle.

Generally speaking, if you can only pick one, we’d pick the AR-15. It’s more affordable to buy, put together, and to shoot. AR-10 parts are more expensive and their bullets are pricey too. Given how 2020 went, unless you’re a reloader, don’t you want to own a firearm that has readily available ammunition which you can afford? Then again, if money is of no object. Get one of each!