Just as everyone was on their commute home to start the weekend last Friday, we received word that the ridiculous and unconstitutional 30 year long assault weapons ban had been overturned by the Honorable Roger Thomas Benitez — a senior judge of the Southern District of California (also affectionately known as our Saint Benitez). Read on to see how the case  Miller v. Bonta (formerly Miller v. Becerra) is finally coming to a close.

Hold up, stay your screwdrivers boys and girls because we’re not out of the woods just yet. Presumably, in an effort to not cause early action that would confuse law abiding citizens to accidentally criminalize themselves, Judge Benitez stayed the decision himself for 30 days which gives the new CA state attorney general,  Rob Bonta, time to make an appeal. If an appeal is not made within this window of time then Benitez’s ruling will go into effect, unironically, on July 4th just in time for our favorite holiday.

What the anti-gunners are saying.

In another clear example of why people shouldn’t talk about things they know nothing about… the media is trying to lambast Benitez for making the comparison of the AR-15 being like a Swiss Army Knife. 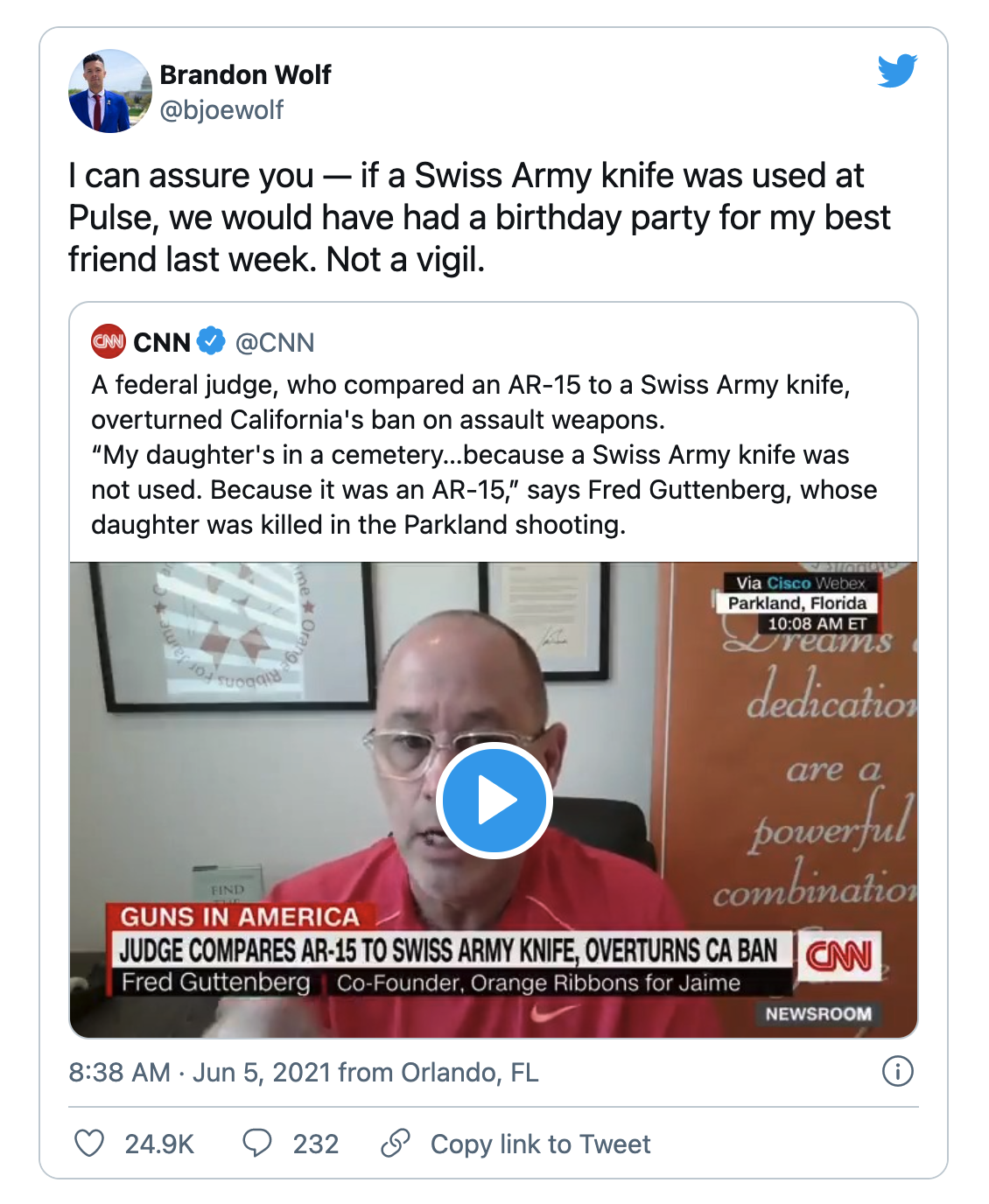 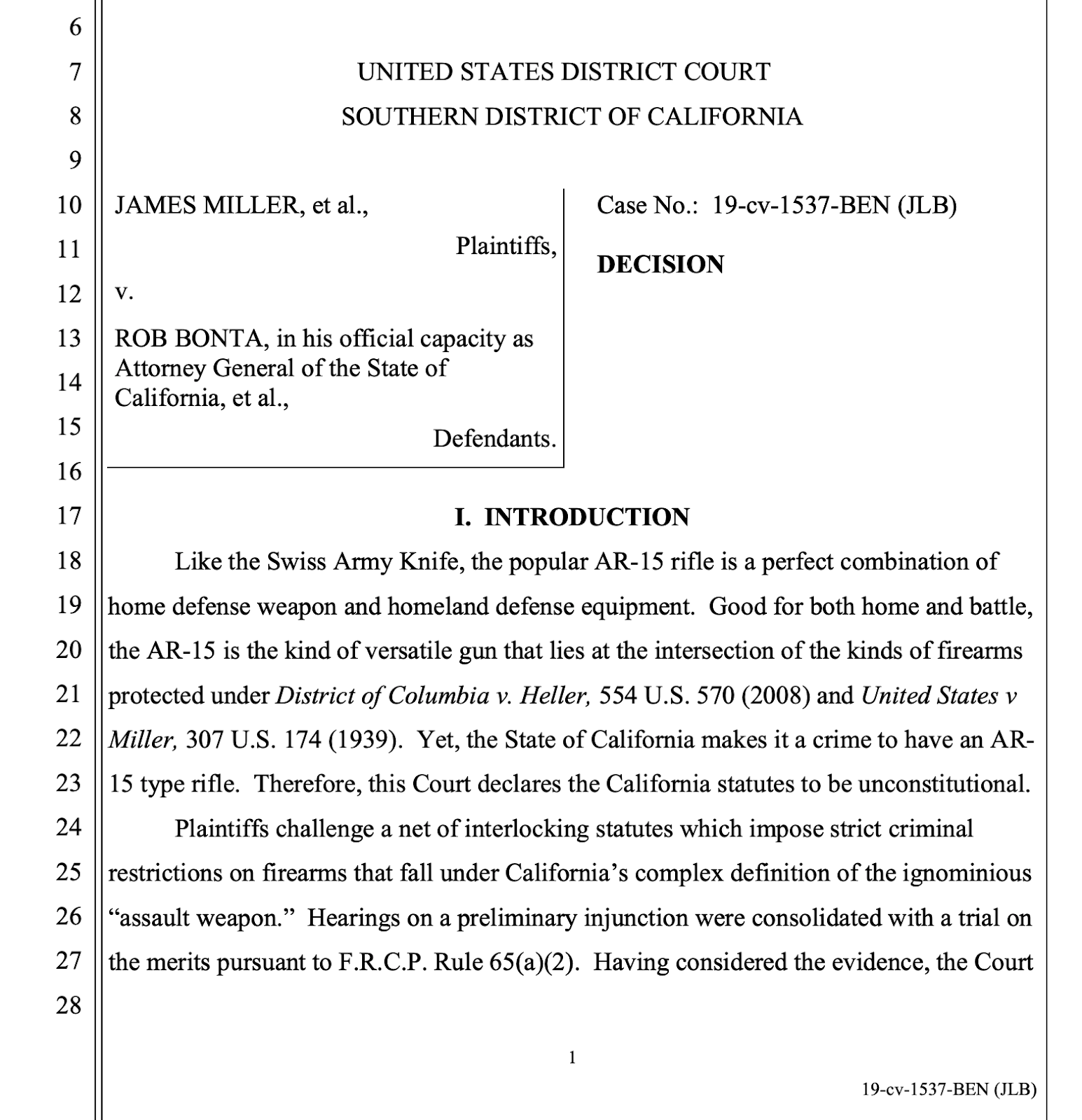 Sorry to burst your bubble but the AR-15 IS really similar to a Swiss Army Knife in the aspect that it can be built, accessorized and used in several ways for a vast variety of purposes. Prime example, see  our complete guide to alternative AR-15 rounds and that should tell you a lot already. The term 'Swiss Army Knife' is being used synonymously as a multi-tool or jack of all trades. These are also common phrases used to describe people and their resourceful traits. What are we doing here, turning 80 Percent Arms into an online dictionary? (Actually, not a terrible idea.)

Make no mistake, the Pulse nightclub shooting was a hate crime. Just as the shootings in Asian owned businesses in Atlanta were as well. But it’s hard to understand why anti-gunners cannot comprehend why we don’t want to be victimized just like those people either. Rather, they prefer to outsource their security and safety to solely the government and law enforcement agencies. Cool, enjoy that national average response time of 12 minutes or more for the police to show up when (not if) an emergency happens to you next.