DPMS vs ArmaLite- the Difference Between AR10 Patterns

Before we dive into the subject of differentiating different style of AR10 patterns, first let’s make sure we all know what an AR10 actually is. The AR10 or ArmaLite 10 is a rifle designed around the 7.62x51mm NATO cartridge. Developed by Eugene Stoner in the late 1950’s, the AR10 is a stronger more powerful older sibling to the AR15. And while everyone calls the AR style .308 chambered rifle an AR10, this isn’t actually always the case. For instance, the DPMS’s version of this rifle is referred to as the LR308. It’s probably the most widely technically misused term in our industry, but nonetheless it’s good to know your stuff and what it is you are actually looking at.

Now that we understand the basics of the AR10, let’s compare between the two main configurations of the firearm: the DMPS LR308 and ArmaLite AR10. 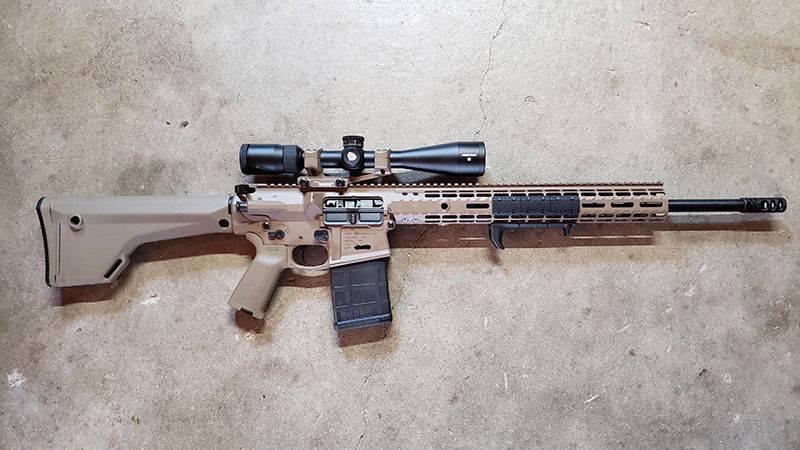 Like stated above, though the model is technically an LR308, it is commonly (and incorrectly) referred to as an AR10. This is also probably what you see at the range 99% of the time. In fact, if you are reading this article in hopes to help you decide on which design to buy/build: I would absolutely recommend this one. Here’s why....

Advantages of the DPMS LR308

What is the ArmaLite AR10?

Stoner SR-25 AR-10 platform. If you absolutely, positively, have to burn as much money as possible

The ArmaLite 10, or AR10 for short; came into existence about 30 years before the LR308; however is much less popular today. Easily differentiated from the LR308, the AR10 has an angular cut on the upper/lower right before the buffer tube housing, where the LR308’s is rounded. Really serving no functional purpose, this was the patented design buy Eugene Stoner in 1958. However, once the patent expired, various companies took to the market and designed a universal “milspec” configuration; which is why the AR15 and LR308 are so universally interchangeable UNLIKE the AR15 and AR10. The AR10 is a fine, still modern designed rifle, but when compared to the LR308, it doesn’t have many advantages.

The easiest way to visually identify the difference between the two

Though strikingly similar to the untrained eye, the LR308 and AR10 are functionally very different. Basic critical-to-function parts that are not interchangeable are as follows:

So if you’re ever in a critical situation and need some very essential parts for your AR10, you’re probably out of luck. However if you need to swap some less important parts, you can swap the following between both platforms:

Really, the parts aren’t vastly interchangeable, and quite honestly AR10 kits are hard to come by even in stores.

Without going into too much detail (as this could be a whole other conversation in itself) the LR308 is the clear and undisputed winner between these two. The LR308 can boast just as good if not BETTER accuracy, all while giving the shooter better accessibility to stock or aftermarket parts, at a fraction of the cost of the AR10.

Start Your Next DPMS Build with 80% Arms!

As you can see, 80% Arms supplies only DPMS compatible parts; because, well who honestly is looking to build a true ArmaLite 10… BUT we have a large variety of high quality parts, jigs, and magazines ready to be installed on your next build, buy, or repair!

Understanding How A Firearm Operates

How to choose the right Ammunition for your gun

Trigger Discipline; What it is, and Why it's so Important

What is MLOK, and why do I need it?

What You Need to Know About 80 Percent Firearms in Louisiana

The Importance of Firearms for Women