Why Is Gun Safety Important?

According to Pew Research statistics on key facts about Americans and guns, more than four-in-ten U.S. adults (44%) report living in a household with a gun and over a ⅓ (32%) of all adults claim they personally own one. As of 2020, there are 259,393,206 adults in the United States. You do the math, that’s a lot of guns. Just as there is a wide array of demographics in gun ownership, there is an even larger gap in training and overall safety knowledge from one gun owner to the next. Basic gun safety is important as it protects ourselves and others regardless of varying experience or familiarity with firearms.

The 4 Rules of Gun Safety

Like all tools, they can be dangerous if used improperly. A power drill could easily mess up your wrist if not gripped the right way. Debris could get into your eyes if without eye protection. Impact wrenches can be loud and hammers can stub your fingers or even break bones. You probably get the point. With firearms, you have to know these four essential rules of gun safety which could save your life and the lives of your friends or loved ones.

1. Treat every firearm as if it were loaded. 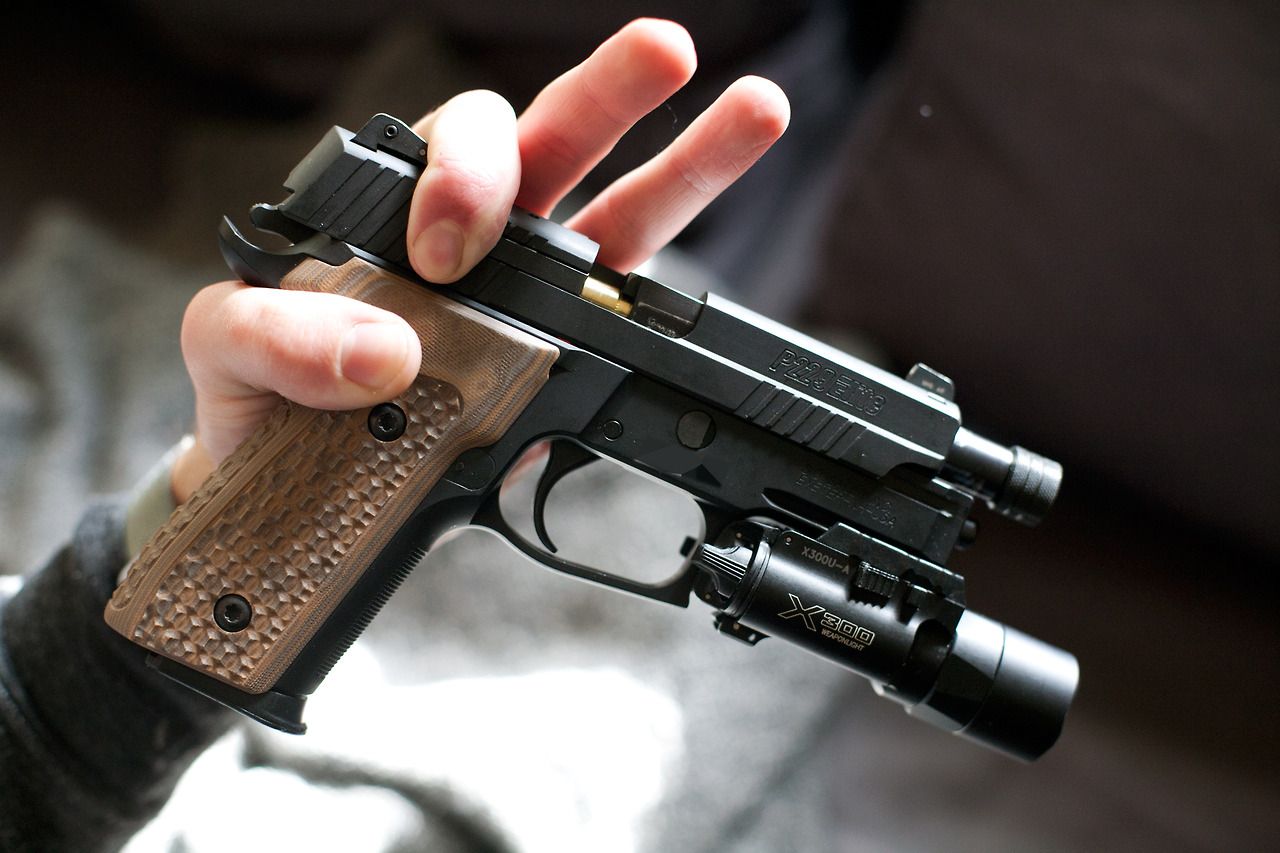 The difference between the average tool at home and a gun is that one might just really hurt you and the other one could take a life. Always check to see, when possible, if a gun has a loaded magazine or if it has a round in the chamber. Anytime you are around firearms, you should treat them as if they were loaded. This teaches you some obvious practices like avoiding muzzles pointed in your direction or looking down a barrel. I like to test my friend when I hand them a gun to see what they do. If they don't check, I gently slap their hand.

2. Don’t point at anything you don’t intend to shoot.

Negligent discharges and guns going off accidentally are more common than one would think. Avoid the regret of shooting anything on accident! We’ll hear about sad stories such as the teen who unintentionally shot and killed his 14-year old friend and that’s just tragic but should have been preventable. If you’re not okay with hurting, destroying or killing whatever you point a gun at… then don’t do it.

3. Know your target and what’s behind it. 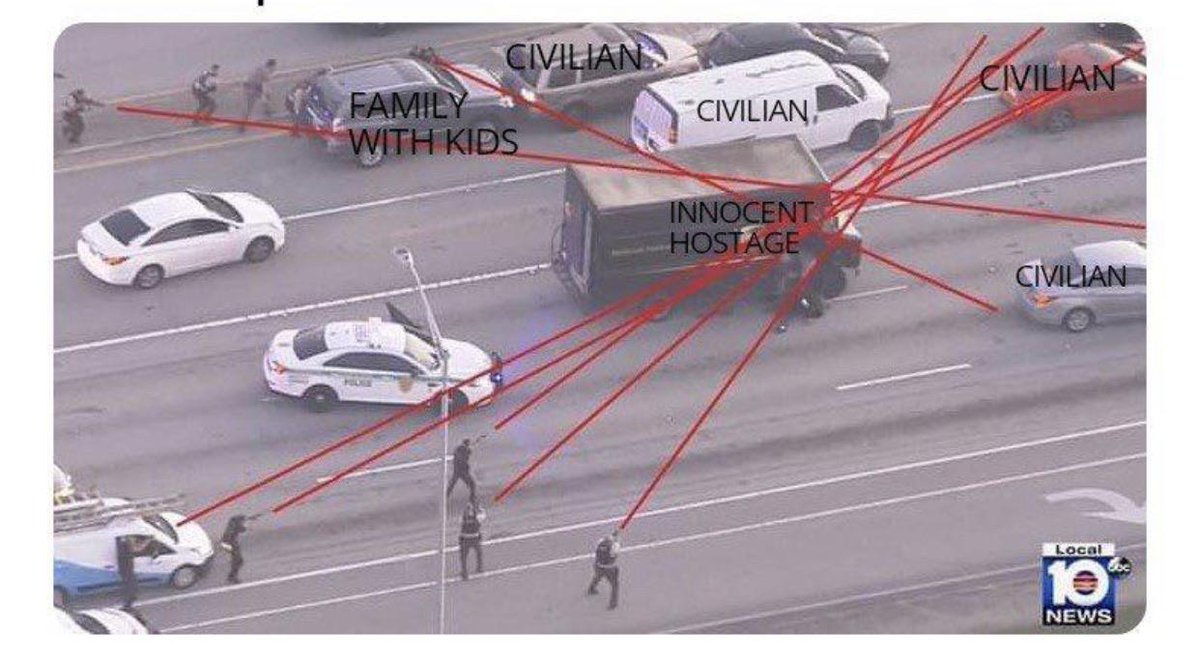 You never want to be in a situation, like the one above, where multiple officers are lost in the fog of war and are in each other’s crossfire during a highway shootout with a UPS truck jacker in 2019. If those officers had paid attention to their target and surroundings with a higher level of situational awareness, perhaps the UPS truck driver would have made it out of there alive. Being aware of all these factors will protect you from accidentally hurting someone else and also help avoid lawsuits.

Whether you’re shooting an AR-15 or a civil war era cannon most gun owners might think this is an obvious point. But most people only shoot at indoor and outdoor firing ranges, if at all. Now clearly we like freedom but this is extremely important if you’re outdoors and on a hunt or shooting on public land especially due to the lack of professional oversight or immediately available  medical emergency response.

This means you’ll have to be somewhat familiar with the ballistic traits of the calibers you are firing and the nature of how easily your target can be penetrated by that caliber’s projectile.

4. Keep your finger off the trigger until you’re ready to fire. 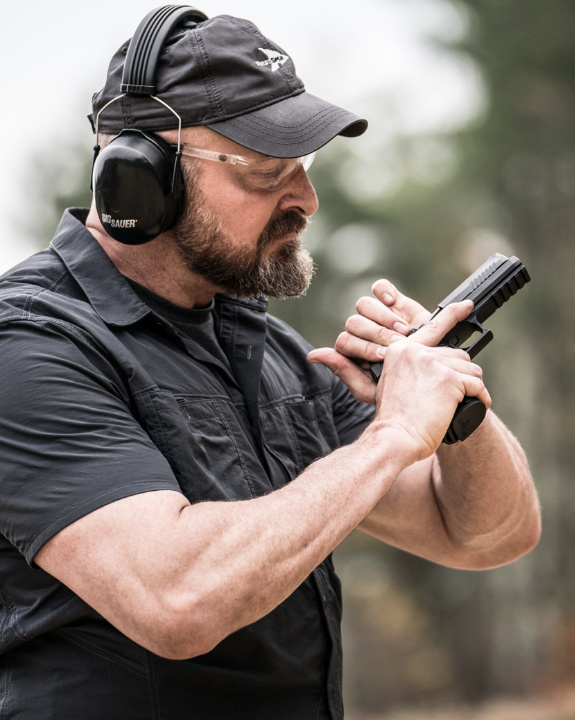 Arguably the most important rule for firearm safety is to have good trigger discipline. Take a look at any pro-shooter or police officer in a photo — unless they’re about to or already shooting, their index finger is resting on the frame and not the trigger. This is the first thing everyone should be taught when new to firearms regardless of age or even if your kids are just playing with Nerf guns.

People have a natural tendency to close their hand on an object when grabbing it. For gun newbies, they tend to immediately put their index finger on the trigger or within the trigger guard which can be dangerous and cause negligent discharges. So, it’s up to you to be aware of this and train that out of people or teach them better whenever possible.

Remember to follow these four rules of gun safety religiously because things can still go wrong even when you do everything right. It could be the difference of life and death for someone. 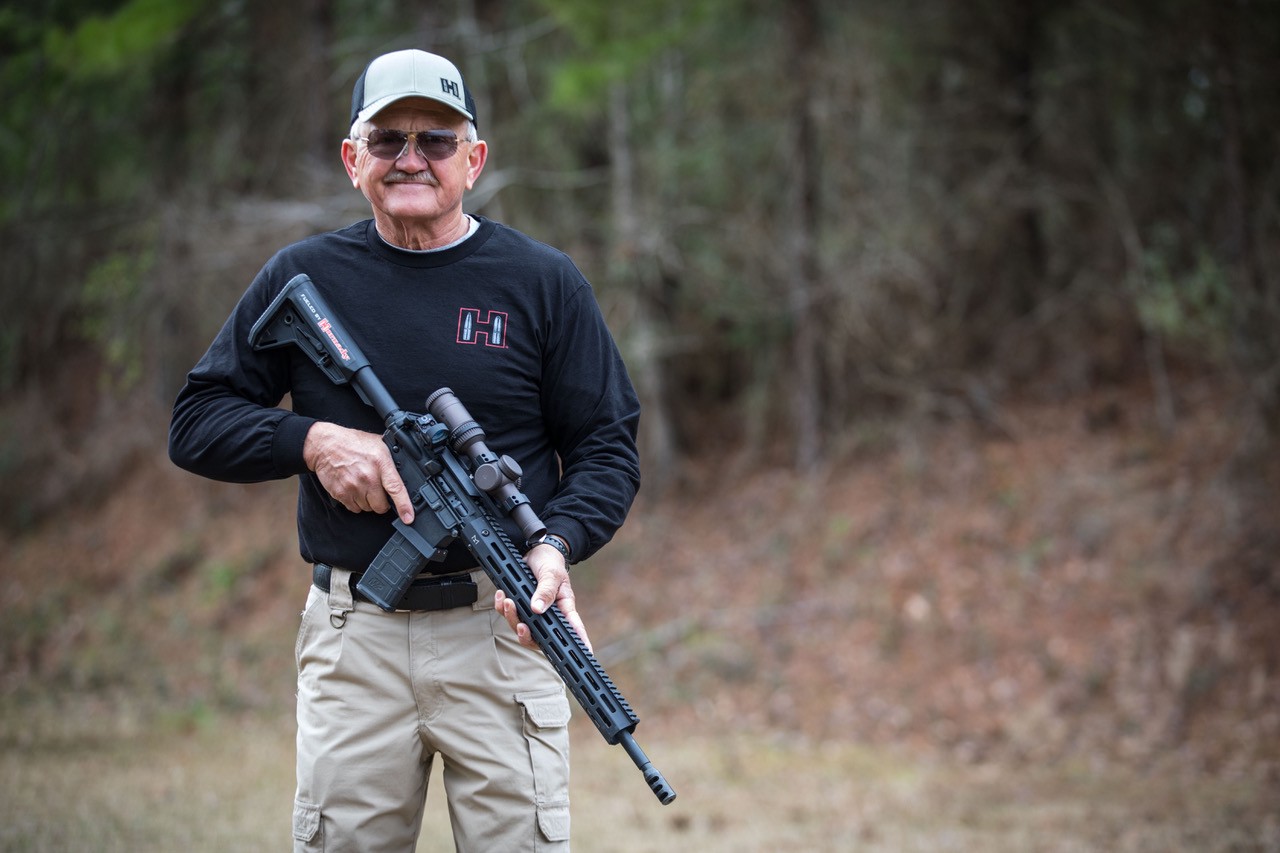 Be Safe Before Your Next Range Trip! 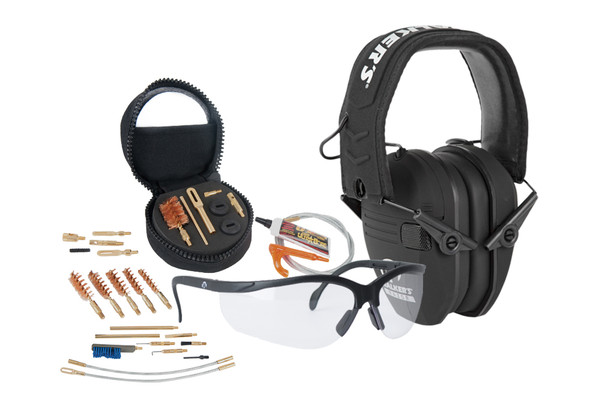 If you're a new shooter, check out our New Shooter Bundle which has all the essentials to help you have a successful range trip while protecting your eyes, ears and even a cleaning kit that might come in handy if any of your guns need troubleshooting. I like to carry cleaning kits because they help me safely check my barrel if I'm concerned about a potential squib stuck in there. It's nice to be able to stick a wire through the barrel rather than looking down it (never do that).