The Armalite-Rifle (AR) platform is hands-down the most versatile small-arms platform in existence. Modular to an incredible degree, you can chamber your AR in some pretty crazy calibers like the .458 SOCOM, .500 Beowulf, and the .358 Yeti. You can build an AR platform for whatever purpose in almost any chambering you like (even if most people stick to 5.56mm or 7.62mm)

What many people don't realize, is that the AR10 actually came first. Eugene Stoner designed the AR-10 in 1956 for Armalite rifle, and the followed up with the AR15 the very next year after creating the 5.56x45mm round for the smaller platform. In 1959, due to financial troubles, they sold the design to Colt, and the rest, as they say, is history. Colt began manufacturing by the thousands as the Vietnam War spun up, and the AR15 has become the most popular rifle platform in America today. 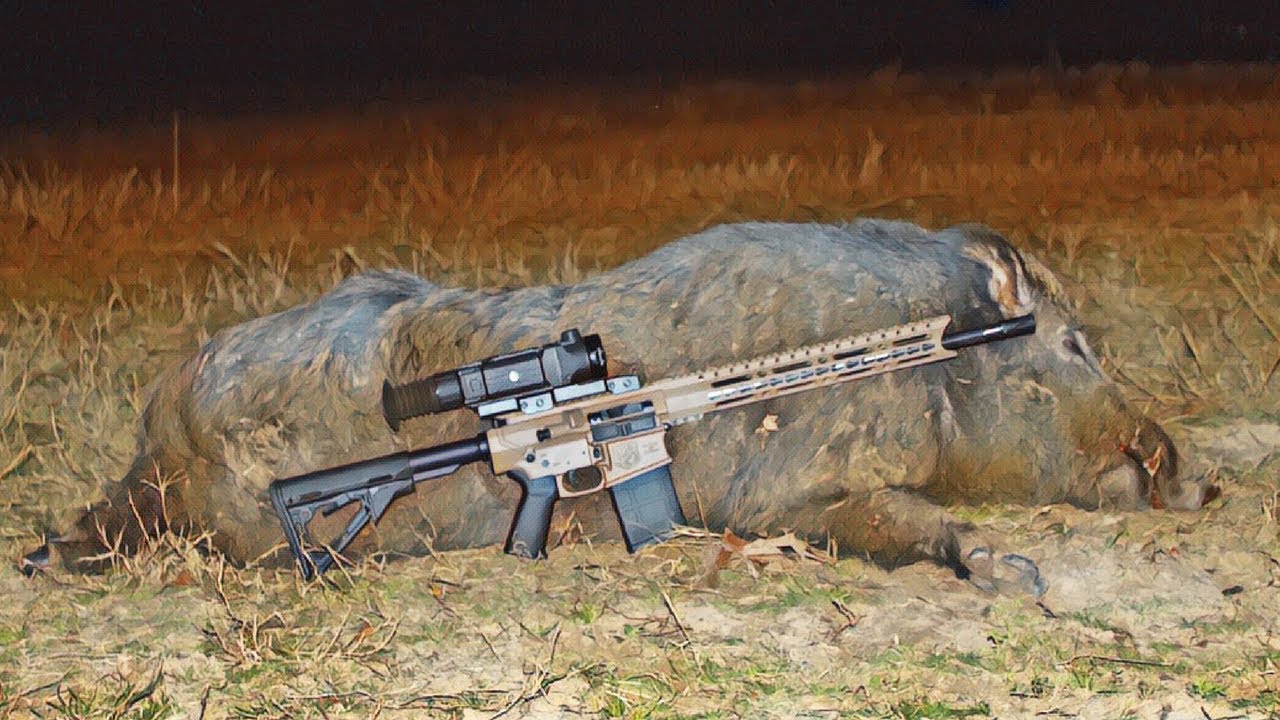 Because the AR15 shoots a lighter weight bullet, typically between 55-77-grains (and most commonly 55-grain), it may be fantastic for some roles, but very limited in others. Wildly popular for varmint like fox, bobcat, and coyote, the small but fast round does well with smaller sized game. Whitetail deer is about as big as you should push the AR15, though some states have actually outlawed the use of .223/5.56mm for deer hunting, as it does not produce enough power or cavity devastation to provide a clean and ethical kill. In addition, the small entrance and exit wound of the 5.56mm makes it extremely difficult to track blood if your game does run after the shot. The AR15 is the number one weapon of choice for hog hunters, as they often take multiple follow-up shots to put down, and nothing does that better than an AR15.

Popular since the early 1950’s, the .308 Win is a beautifully efficient hunting round. Couple the ballistics with a semi automatic platform, and you have got a rig that has the capability of shooting almost all (if not all) wild game that North America has to offer. The AR10 will leave a pretty decent hole in something, so smaller varmint may not be your best option if trying to taxidermy them afterwards. But for medium to large game like boar, whitetail, and black bear, the .308 really shines, and can take these animals from a distance. Follow up shots with the AR10 are slower than the Ar15 due to more recoil, but chances are wherever the animal is hit; it won’t make it far. 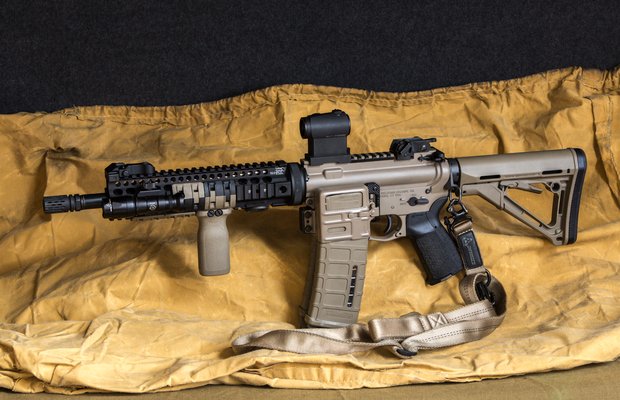 A more compact weapon is always preferred for home-defense

In my book, the AR15 has the upper hand here. Sure nobody is going to take a 7.62x51mm to the chest and keep moving, but the AR10 is much heavier, typically longer, and boasts a significantly higher recoil impulse than the AR15. Speed is the name of the game with self defense, and with the lighter recoil and higher magazine capacity, the AR15 is easier to keep on target for more consecutive shots than the AR10, as well as score faster first-round hits, while still being more maneuverable. 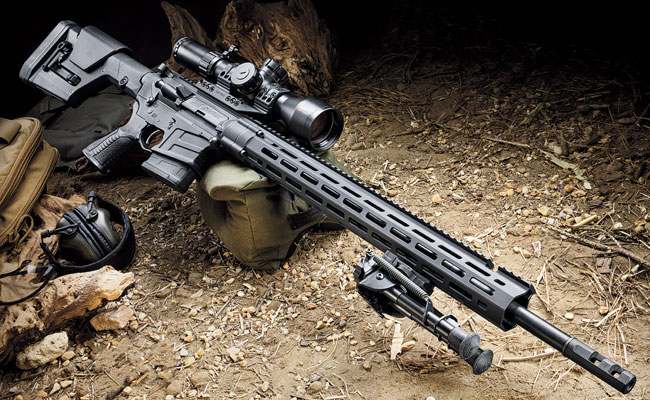 The AR10 shoots a projectile roughly 3x the weight of the AR15, and higher mass will conserve energy and velocity for longer distances. Both rounds have the capability of being extremely accurate and dependable, and out to about 500 yards, take a poke with either one. But when the distances start to lengthen, I’m going to grab the AR10 every time. While moving extremely quickly, the

.223 is extremely susceptible to wind drift, and starts to lose energy and velocity fairly quickly. Being a larger bullet with a higher ballistic coefficient, the .308 retains its energy and velocity while also being more resilient to wind and outside variables.

Recoil does play a part in accuracy, but when shooting from a prone or bench position, the .308 is extremely manageable, and should not impede accuracy for even an intermediate shooter.

There are of course different bullet styles and weights for the .223 that can make it more competitive in the long range world, but as far as taking a gun off the shelf and slinging lead at any kind of distance, the AR10 is your safest bet.

I like big bullets for the same reason I drive a big truck: I'm insecure about my manhood so I need to compensate with outside objects. So of course Im going to choose the larger bullet. They both go ‘bang’, they both instill a concrete sense of freedom deep in your core, and they are both fun.

There really is no conclusion to come to here, both calibers/rifles were designed to accomplish different goals, and they both achieve their goals well. Both rifles are versatile and competitive, and a heck of a lot of fun. Do some research about your wants and needs from an AR platform, and pick either an ar10 build kit or ar15 build kit from 80% Arms! Or do what I do, and just build a collection of both...