So you've made the decision to carry, and you've picked out your gun. You have probably put a few hundred, or even a few thousand, rounds through it, and now you are ready to select your carry ammo. Making this decision is almost as important as the gun itself. While picking ammo off of a shelf might seem easy, don't be fooled. You need to do your research and be sure on your ammo of choice--you are trusting your life to it after all.

First and foremost, the bullet of choice must be expanding. That means no full metal jacket (range ammo). FMJ has great penetration since it doesn’t break apart upon impact, and while penetration is key to a good self defense round; the bullet also needs to stop, and not OVER-penetrate. Every bullet you fire in a dangerous situation has legal repercussions to it, and the last thing you want is for a bullet to over penetrate, and strike an innocent bystander on the other side. Hollow-Point rounds that expand also dump all of their energy into the target, rather than passing through. This means more permanent and devastating wound cavities inside the body, which helps you stop a threat faster. Seconds count in self defense.

The two most common types of self defense carry rounds, are JHP (Jacketed Hollow Points) and JHPBT (Jacketed Hollow Point Ballistic Tip). The difference between these two is exactly what it seems, the ballistic tip. In some cases, traditional hollow points have been known to “clog” when passing through heavy clothing or material, which prevents the bullet from expanding; drastically decreasing the effectiveness of the round. Thus, the JHPBT was developed. The ballistic tip prevents anything from clogging the round, and once a target is impacted, the plastic tip is pushed into the round, helping to violently expand it.

Bullet weight is a critical factor, but an often over-debated one. We aren’t writing a thesis paper here, so let’s make it simple. The shooters primary concern should be about penetration and expansion. Do your research and find a bullet that has good penetration, reliable expansion, and that cycles well in the gun your will be carrying. Buy a few self defense loads and test them. Certain higher power loads may have increased recoil as well, and you may need to minimize that by choosing a different option. Most threats aren’t stopped by just one bullet, and it is important to be able to get your sights back on target quickly. 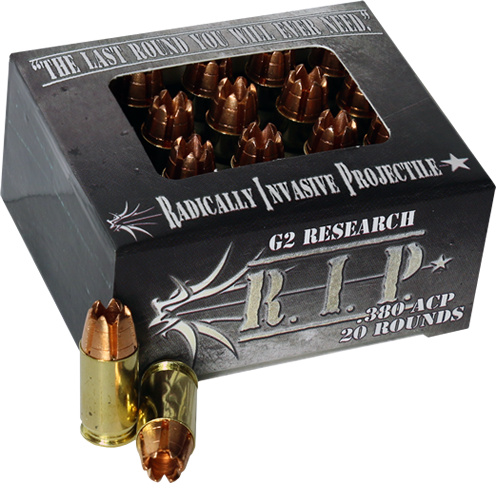 Pick three options from your research, and take them to the range. Test how they cycle, and how they shoot. Do this for each gun you plan on carrying, because ammunition that might run like a sewing machine in one firearm, may not run well in another. Self defense ammo is much more expensive than other ammunition, but do not shop based on price. When your life depends on it, I promise you will not be thinking about the money you saved by using cheaper ammo!

Of course, more importantly than all of this is the ability to hit your target in a critical zone. The best ammunition in the world won't make a difference if you aren't doing your part. Make sure you shoot, and shoot a lot. I personally go to the range once a week, and even though it may be a chunk out of my budget every month, having the confidence to know that I am truly proficient with my defensive weapon is well worth the cost. Training is always the most valuable defensive tool

Beware of gimmicky ammunition that might look cool, but has poor terminal effects