With short barrel AR platforms being all the rage these days, more and more people are looking into the legality between and SBR vs AR Pistol. And why not? With modern ammunition, short 10.5" barrels are still perfectly capable weapons for defense and smaller game animals out to 300 yards. So why deal with the extra length and weight of a longer barrel, when a shorter one will be more handy, and accomplish everything most people need it for? However, understanding the differences between SBR and pistol configurations is crucial. Not only to make sure that you are acting within your state laws, but the federal laws as well. One small deviation from a very strict definition of these guns could land you with a felony, hefty fines, and possible jail time.

A Green Beret with his MK18 10.3" Barrel. Civilians have some hoops to jump through before we can get our hands on something like that.

What is a Short Barrel Rifle (SBR)?

If you've seen a picture of nearly anyone in the United States Military recently, you were likely looking at them with an SBR. While all the "cool guys" are shooting very short 10.5" barrels, even standard infantry with a 14.5" M4 would be considered an SBR by civilian standards. So how exactly do we define an SBR?

Well, it's a rifle with:

The Springfield Saint is a popular SBR. After purchase you'll have to pay a $200 tax stamp, file some paperwork, and you'll have a wait that may be up to a year long before you can take it home.

Advantages of an SBR

Choosing an SBR over an AR 15 Pistol is really just about personal preference. Your only real difference is a pistol brace instead of a butt stock, and in today’s market there are some pistol braces that feel remarkably like stocks. A few advantages that the SBR has over the AR Pistols are as follows:

Disadvantages of an SBR

While the advantages of an SBR are very similar to those of an AR Pistol, the SBR comes with many more legal technicalities and headaches. You will have to file a "Form 4" to purchase one with the ATF, or a "Form 1" to manufacture one (the most common method). Depending on what state you are in, it may be illegal to have one at all. 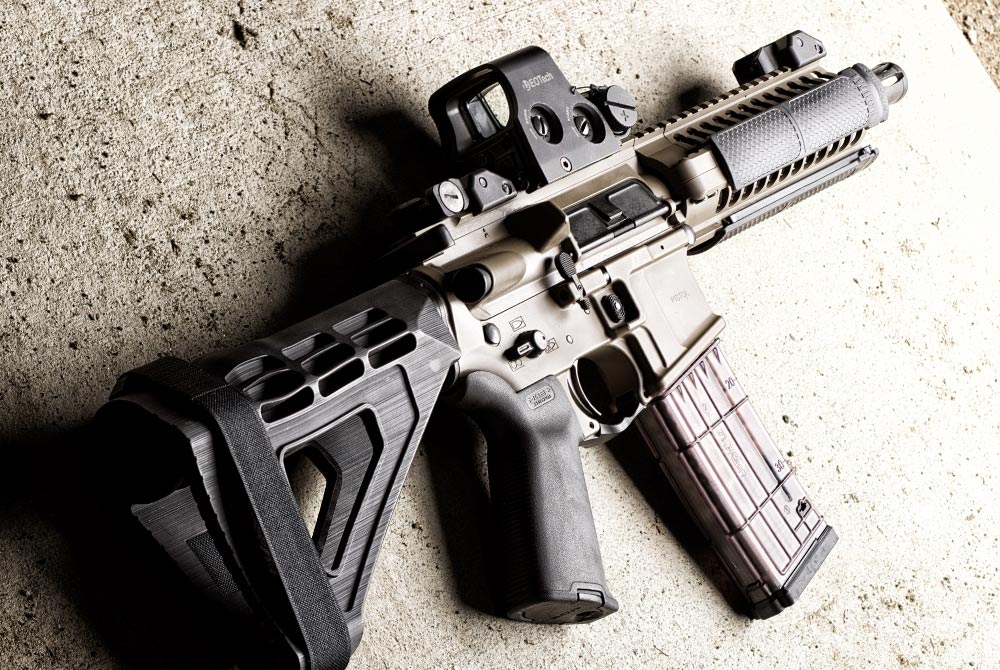 While this may look like an SBR with a stock, it's actually an AR pistol.

First, an AR15 Pistol is likely one of the most common weapons in America today. For a compact home-defense weapon, a truck-gun, or a close range hog or varmint gun, you can't beat it. For playing pretend Operator in your moms basement, it's practically a necessity. An AR pistol is much like an SBR, in that an AR pistol is a small, short platform, usually chambered in a rifle round. An AR pistol is classified as the following:

Advantages of an AR Pistol

As far as ballistics and handling are concerned, these will be completely identical. While the SBR will always be slightly more shootable with a real stock, it also has legal drawbacks and additional costs, where the AR Pistol does not.

So what are you gaining?

Disadvantages of an AR Pistol

In my humble opinion, the advantages of an AR Pistol far outweigh the disadvantages—especially when compared to SBR’s. I don’t feel the need to pay a $200 SBR tax stamp, just so I can run a normal stock and vertical fore grip (which quite honestly I don’t care for anyways). That being said, when comparing apples to apples, there are disadvantages to the AR pistol.

What are you losing?

For some people, not having a normal stock is a deal breaker. And because we trust our lives to our rifles, I can see how you would want to be as comfortable as possible with your weapon. But the fact of the matter is that running a true butt stock is going to cost you an extra $200 minimum in taxes, and the average joe is just going to opt for a pistol brace—myself included. With modern braces like the SB Tactical, you get 90% of the feel, function, and form of a stock, but without any of the hassle. 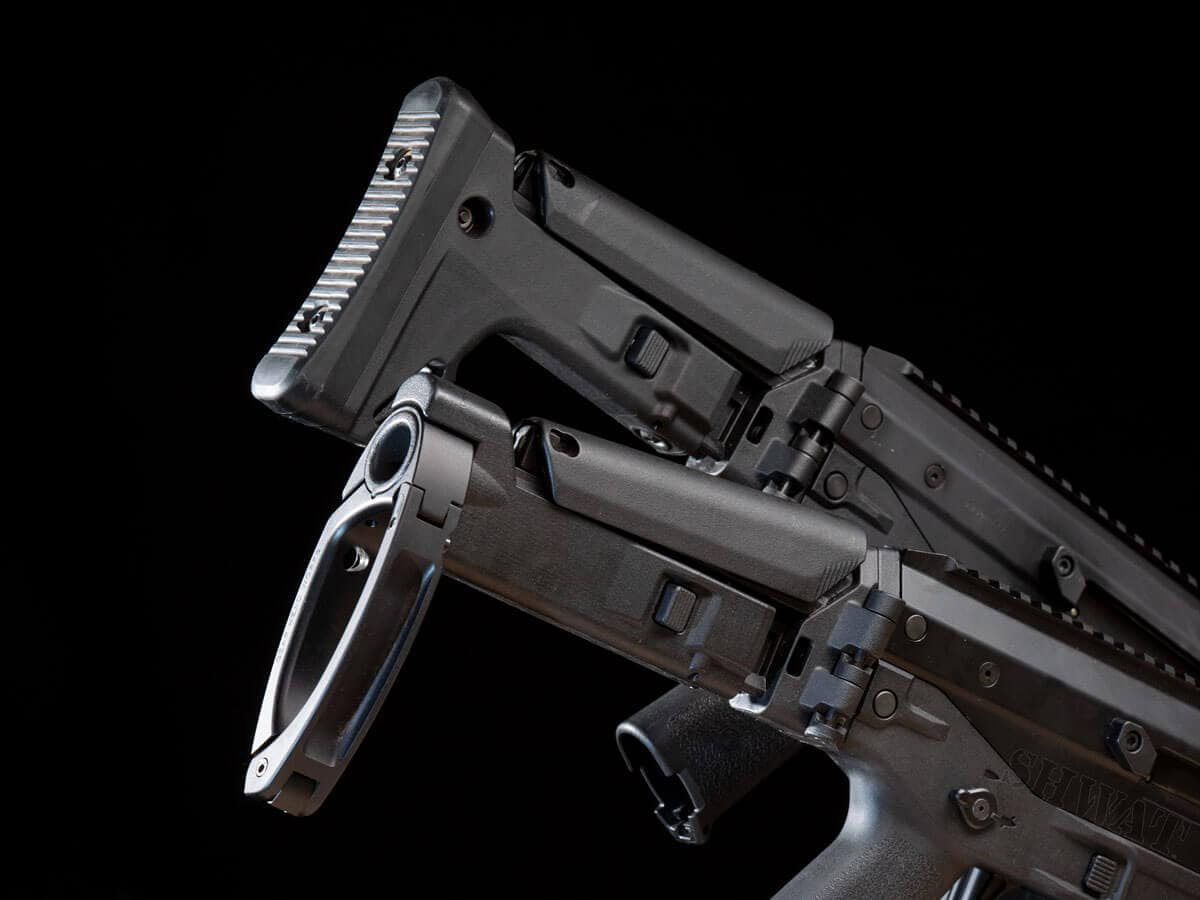 So, a brace or a stock? It's your call, and may just depend entirely on what you want to do with it.

Start Your Next Build with 80% Arms!

Whether you are building an 80% SBR or Pistol, or maybe just shopping for parts for an existing one; make sure to check out our wide selection of 80% lowers, pistol braces, and butt stocks! We have customizable 10.5" short-barrel uppers reads to go, as well as our top selling AR9 Lower, perfect for a small caliber AR Pistol!

More questions on AR Pistol Legality with a Pistol Brace? Check out our other blog on the topic.