Before we dive headfirst into the ballistics of the M855 round, how many people do you personally know who confuse the M855 and M193 rounds? I bet each of us has at least one person in mind.

If you weren't already aware, the M855 is the successor to the M193 which saw use in Vietnam upon the introduction of the M16 family of weapons. You’ll most often see the M855 referred to as a “green tip” round due to the color-coding, which proudly features a painted green nose. Unlike the M193, the M855 is designed with a boat tail, lead core, and a steel penetrator tip designed to pierce modern body armor with relative ease.

Why is the penetrator tip so unique? Well, first off, the round was initially designed for increased long-range performance in the Belgian Minimi and American M249 SAW — two squad automatic weapons that saw heavy use in the Middle East in recent years. Furthermore, as its name suggests, the steel tip was built to penetrate durable helmets worn by enemy combatants. At the time, Russian helmets were commonplace among opposing forces, who wore surplus armor and protection.

Due to the increased performance, stopping power, and penetration capabilities, the M855 round serves as the standard 5.56x45mm ammunition for the United States Military and countless other NATO forces since approximately 1982.

Let’s get down to the nitty-gritty numbers of the M855 round.

Capabilities of the M855 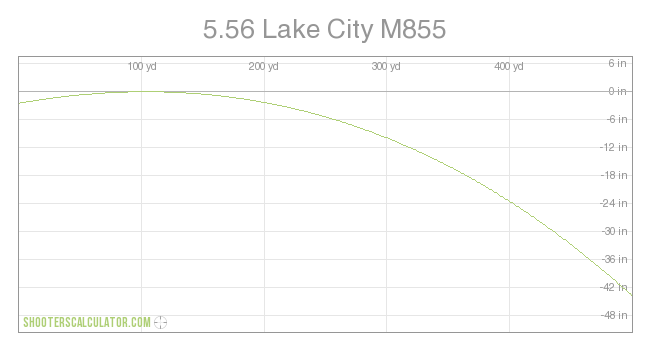 So we have the tech-specs, but how does that translate into actual performance?

The M855 has a somewhat poor reputation here, believe it or not. While it reliably tumbles upon impact inside of 100 yards, past that it is notorious far passing through without inflicting much damage. This is due to being a front heavy round, and soldiers often complain that when at range, all M855 does is "poke holes". Without delivering it's energy on target, enemy combatants are frequently able to keep fighting. The same thing goes for any critters you may be shooting. Get ready for a long walk if you need to track them

The military actually does not designate the M855 round as an armor-piercing cartridge. However, it does quite well against most body armors in use today. Technically, a Level III armor plate withstands a round up to .308. However, faster rounds with steel tips are likely able to penetrate a Level III plate, and you typically need a Level IV, or a special threat plate, in order to stop M855.

Also, the M855 is a great barrier-penetrator. If you know a threat is behind a car, or a thin wall, M855 has a much better chance of making it through and incapacitating that threat, over M193, which will deflect and tumble.

Slightly flatter shooting than the M193, the M855s additional weight will also help it buck the wind better. You'll have slightly more capability in hitting targets at range with M855 ammunition, but the difference is not significant. 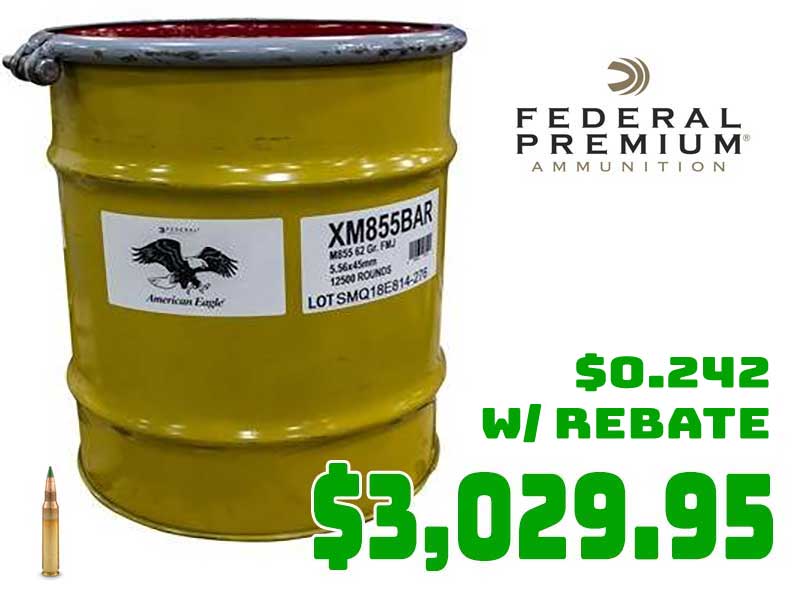 We've thought about getting one of these.... more than once.

M855 is great to stockpile for a SHTF situation, though it's not our first (or even second) choice. The truth is that bad guys don't wear body armor often, and certainly not often enough to choose a more effective round terminally to zero your rifle with. Plus, due to it's barrier penetrating capabilities, it's not the ideal round for home defense. If you are up against armored threats, then society has completely collapsed, or American has been invaded. Both very unlikely.

M855 also makes a very mediocre hunting round. While it might be fine under 100-yards, once you pass that, your shots won't exactly be ethical. And as far as target shooting, M855 will tear up your steel targets, so it isn't great there either.

The truth is that M855 is a round best stockpiled for punching paper targets, as the next cheapest option to 55gr ammunition. Many people prefer to use it for their apocalypse-prepping scenario, but we still think that there are better options out there. However, no matter what ammunition you have, shot-placement is what counts. A good shooter with M855 will out perform a mediocre one with a better round every time. SO get out there, practivce, and stockpile as much ammunition as you can, of any type.