What is rimfire ammunition? What is centerfire ammunition? This cartridge, that cartridge — what’s the difference right? Well when it comes to rimfire ammo, the best example is the .22 Long Rifle. As for centerfire ammo, think basically any of the most common calibers you can expect to be shooting out of a handgun, AR-15 or AK. In fact, just about any modern round made (with the exception of .17 HMR or .22 Magnum) in the past 100 years is going to be a centerfire round. See below for more details.

The Difference Between Rimfire & Centerfire

So you have the basic idea of what calibers are rimfire and which are centerfire now. But what does it mean? Every “bullet” has 4 components that make it a complete “round” — which includes the projectile, gun powder, casing and primer. Let’s take a closer look in the photo above. Rimfire ammunition refers to rounds that have the primer located around the edge of the casing towards the back. This means that when released, the striker impacts with the rim of the cartridge which ignites the powder and sends the bullet forward. Likewise, with centerfire rounds the primer is located in the center of the cartridge which is where the striker would impact it to ignite the powder inside of it. 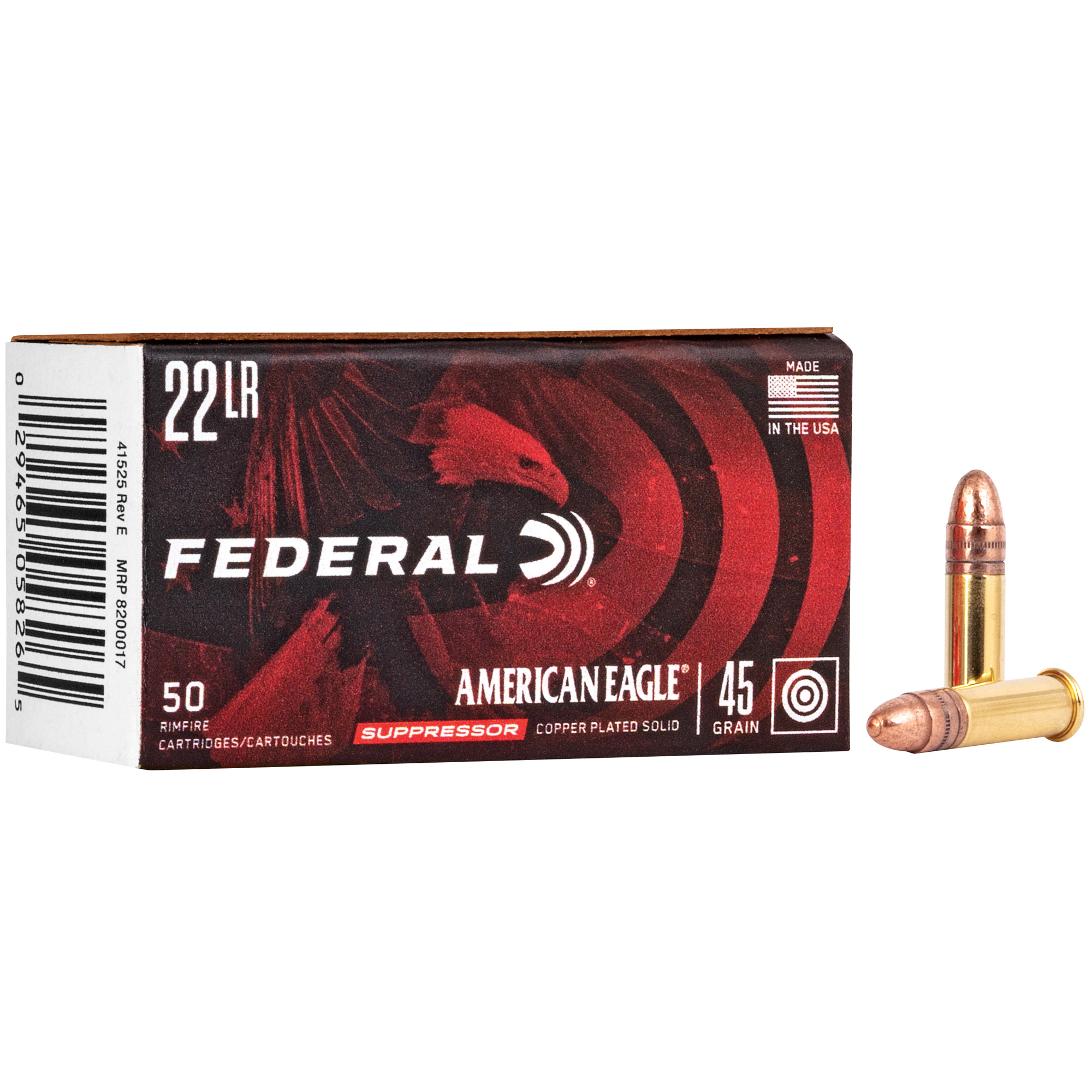 Despite there being far more calibers for centerfire cartridges, there are some big pros to using rimfire ammo which we get into below:

One of the biggest advantages of shooting .22LR is its low cost. Pre-COVID prices were incredibly low as you could get a brick of 500 or so rounds for something like $25. No use dwelling in the past though, right? Today, a box of 500 rounds goes for anywhere between $65 to $99 which breaks down to about 13 - 20 cents per round. Tough to swallow, but you know what, it's still cheaper than shooting 9mm which these days is hovering around 45 cents per round.

If you’re just getting some friends, younger siblings, older folks or new people in general into shooting, it’s helpful to start them out with a smaller caliber so that they aren’t overwhelmed or get scared from the get go. The recoil from .22 LR is very low because the bullet projectile is very light and it doesn’t travel all that fast. With low recoil, it makes the shooter focus on the shooting experience which makes for good fun when you feel like you’re in control and have nothing to fear.

Make no mistake though, although it’s a small round; according to a 1989 FBI Study, it had actually been the most lethal caliber in the country as it could be accredited with killing the most people in the United States at the time. Sure, a few decades have passed so the 9mm might have caught up by now but don’t forget to exercise good firearm safety practices. 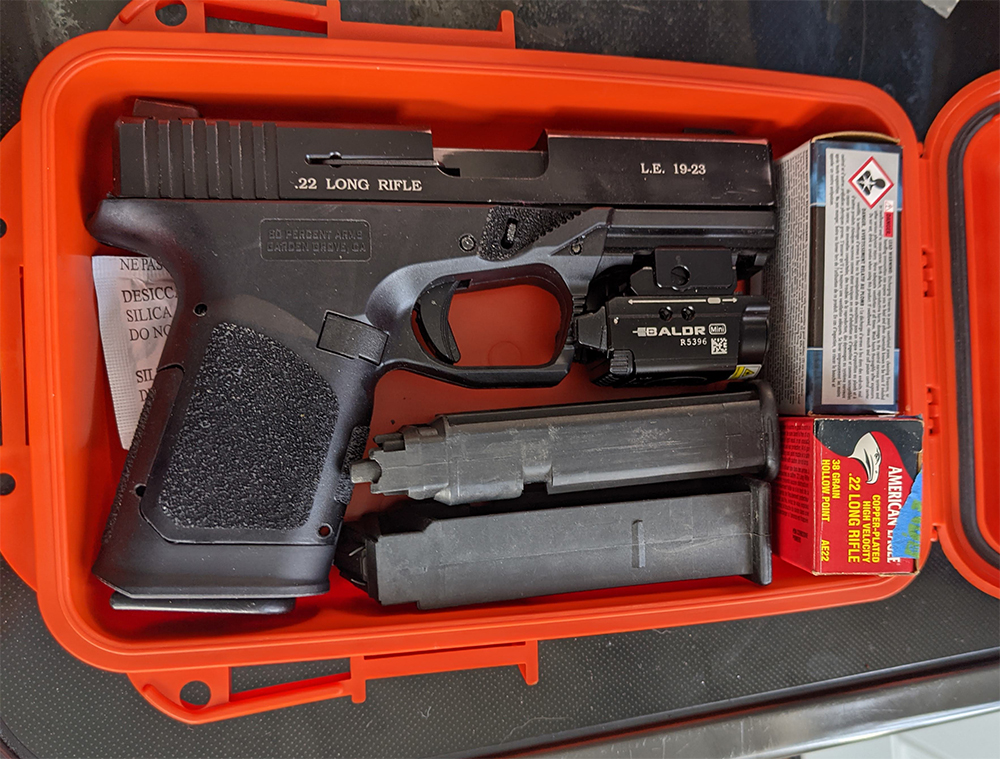 Whether you’re using the CMMG .22LR conversion kit for AR15s or Advantage Arms G19 .22lr conversion kit, the 22 long rifle itself is not an inherently reliable round. Don’t misunderstand, we LOVE these conversion kits as they’re super fun and a great replacement to still exercise your muscle memory and get those reps in but without spending big dollars on bigger rounds. This translates to a lot of cycling and feeding issues which some may just see as a hindrance to the overall shooting experience.

I, on the other hand, actually quite enjoy it and choose to see it as a quirk. Each malfunction like a double feed, stovepipe or failure to feed is an opportunity to train your troubleshooting skills and can help you naturally practice clearing failures under the pressure of time when running drills with a shot clock.

Once the newbie is more comfortable, upgrade them to a higher caliber to further challenge them. Sometimes it’s also good to just go back to the basics as well. Most people would probably agree that with the lack of heavier recoil, guns that shoot .22LR feel like airsoft guns. If you become very proficient at shooting with this tiny rimfire cartridge, that can act as a benchmark for you to use as a goal to one day perform at the same level with larger caliber. If you’re not able to achieve this effect through buying new parts, the only other way to make that happen is via practice and repetitions.

Although there are plenty of reasons to shoot .22 LR, there are definitely some downsides to the caliber as well.

While it is possible to reload .22 LR, it is an incredible amount of work and (difficult as well due to small size of casings) simply not cost effective to do so. Although ammo prices are still high, the cost of brand new, factory loaded .22LR is still affordable enough to swallow. We’ve been using .22LR as a main example for a rimfire cartridge but this remains true across all rimfire calibers: it is beyond impractical to reload any rimfire cartridge.

But hey, it’s a free country. If you’re really keen on reloading this caliber or any rimfire cartridge for that matter, just make sure you calculate your time as well along with how much the individual components will cost you and compare that to the price of just buying some ammo in person at a store.

Technically, rimfire technology is simpler and makes it easier for ignition to occur as there’s much more area for the striker to hit. However, the issue was early manufacturers did not reliably make the cartridge so primer fluid wasn’t always evenly distributed around the rim.

As we just mentioned, there is a pretty universal understanding the .22 LR does not work anywhere near 100% of the time. However, if you buy a gun that was made specifically for .22LR, chances are you’ll have better luck with that. Whether it’s my Glock conversion kit or the GST-9, I regularly have failures shooting .22LR.

Our team just came back from Big Daddy Unlimited’s 2021 Epic Shoot where I got to shoot the G44, an OEM Glock handgun chambered for .22LR. That thing shot like a dream with zero failures. I’ve had no issues in the past with Ruger or Savage rifles either chambered in .22LR. So perhaps there’s a correlation between using conversion kits vs factory made/caliber specific guns.

One tip we’d recommend is to “bore out” your .22LR barrel and a little bit which will help with more consistent cycling, the act of chambering the bullet and result in less failures. You can do this with one of a couple ways like with Brownells - Professional Series Barrel Honing Stones which essentially polishes your barrel’s inner bore and can open it up just a bit. This can also be done with something called an AR-15 chamber honer which refinishes the cylinder which does a number of things for you like improve extraction or just doing a really deep clean.

A key difference between centerfire and rimfire ammunition is that there really aren't many calibers left for rimfire cartridges that are widely sold anymore. Even the most popular rounds used in the 1900s have all but been discontinued or rendered obsolete — in exchange for more advanced ammunition and modern firearms.

By now, you may have guessed that centerfire ammunition makes up the bulk of small arms ammunition being used today.

There are numerous advantages that centerfire ammunition offer over rimfire cartridges such as much higher reliability, the ability to be economically reloaded by the layman, increased accuracy and power.

The difference between rimfire and centerfire ammunition reliability lies with the primer and the different primer ignition systems. We’ve briefly touched on this — the reason why centerfire ammo is so much more reliable is because their primers are self-contained and they have but one role in the cartridge, to ignite. Whereas, primers in rimfire ammo are built-in to the back of the casing doubling as a part of the cartridge and also still needing to ignite the powder.

With rimfire guns, the striker has a much higher chance of not igniting because the primer material is spread out over the entire cartridge’s backing. Unlike with centerfire rounds, the primer is condensed in a smaller area making the likelihood of ignition far more likely and consistent.

Centerfire rounds are significantly larger than rimfire cartridges. This makes using reloading presses much easier and a more streamlined process for reloading. All the components for reloading are much larger and more easy to handle as well. With a solid reloading setup from Dillon Precisions or Hornady, you can easily pump out 500 rounds of 9mm in a night after work. The output may depend on caliber and your equipment.

So we’re comparing centerfire vs rimfire accuracy — would you say that it would be fair to compare .223 Remington with .22LR? No, of course not. Apples and oranges! Over long distances the .223 is going to more reliably hit targets and be far less affected by wind drift given its higher bullet velocity. Rimfire rounds like the .22LR barely travel at 1000 feet per second. In just about every circumstance, .223 Rem is going to stand on top in that matchup.

The only occasion where that might not hold completely true would be in short distances. Due to the extremely low, or lack thereof, perceived felt recoil with .22LR guns they can be extremely accurate at short distances. In fact, rimfire guns will work great training practice or hunting small animals (varmint round). But if you’re going to choose a caliber for self-defense, law enforcement or military applications that round is going to be centerfire every time. 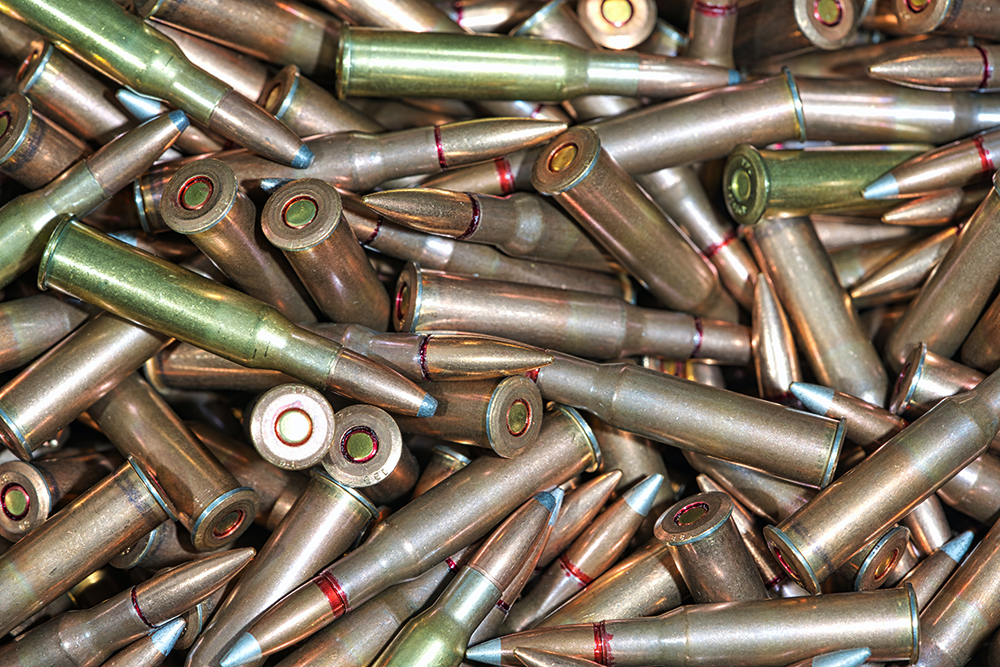 Without getting into SAAMI specifications - generally speaking, with larger cartridges, comes more power. The reason centerfire cartridges became the majority on the market was for ease of manufacturing and increased reliability. Back in the day, there were large rimfire cartridges they just weren’t reliable such as the 44 Swiss. .22LR stayed a rimfire cartridge and remains the oldest cased cartridge because you can’t make a primer that small. If manufacturers could make a centerfire primer for the .22 LR they certainly would. Today, you’ll really only see rimfire cartridges in small varmint or plinking rounds being used such as the .17 HMR or .22 Long Rifle.

There is really only one disadvantage to centerfire vs rimfire ammo which is that it is more costly. With the civil unrest in the summer of 2020 and COVID-19 demand for firearms and ammunition skyrocketed over the past two years. Although prices have come down some, it's still too high to comfortably shoot as much as we used to.

Other than that there’s a higher chance the primer can get ruined since it’s exposed. But unless a centerfire cartridge is submerged under water for extended periods of time, but even then chances are it’s fine and will still fire.

Which is Better, Rimfire or Centerfire?

The apparent answer might seem like centerfire is clearly better than rimfire. But in reality, there’s a lot of historical context to consider as well. Also, with modern manufacturing there’s not really a choice in the matter as most cartridges today are made with centerfire primers. Most avid shooters will have a .22 LR or .17 HMR rifle somewhere in the closet and those rifles can be practical for certain uses. At this point in time, rimfire cartridges have become a sort of niche product but they’re still widely popular and have their place in the shooting world.

With our  GST-9 MOD1 you can enjoy the best of both worlds and fire both centerfire and rimfire cartridges - 9mm, .40 S&W,. 357 Sig and .22 LR with a conversion kit. Grab some MOD1 frames and jigs with your friends to have a build party and don't forget the lower parts kits to complete the ensemble!